Home
Airline Industry Talk
What airline has the best domestic first class? I rank them all!

One of the best things about being a frequent flyer based in the United States is that we have choices. We have airlines for nearly any budget, providing us with ample capacity to move around the country with ease. We are also really lucky that some of these airlines have darn good premium cabins as well. So the question is: what airline offers the best domestic first class here in the US?

In my opinion, based on hundreds of thousands of miles of crisscrossing this country in premium cabins over the past 10 years, these are my picks for the best first class product in the US (ranked in order from best to worst):

Whether you agree with me or not, I have solid reasoning for ordering this list the way in which I did. Please keep in mind that:

Ranking the top domestic first class products of all the airlines here in the US was a lot more challenging than I thought it was going to be. The truth is that most airlines are offering a pretty decent product these days, and it’s hard to poo-poo on any one of them too severely. That being said, here’s my list the best first class cabins range from best to worst:

I’ve written about JetBlue Mint so much in the past that I feel like I’m running out of good things to say about it.

Technically, JetBlue does not classify Mint as a first class product. They simply refer to it as a “premium” seating option, which is being modest to say the least. Especially considering that (for example) the Frontier Airlines A320neo Stretch seat is classified as a premium product as well. There’s simply no comparison.

Say what you will about Delta Air Lines, but they seem to be one of the only airlines here in the US that are actually trying to get better. They aren’t perfect. No airline is. However, with the introduction of an all new domestic first class seat on their Airbus A321 aircraft, they are easily nipping at the heals of JetBlue and their glorious Mint cabin.

There are two reasons why Delta is #2 on this list:

Another thing that I really like about Delta first class is that there are personal video screens at every seat. Other US airlines (except United) are moving away from integrating video screens in their seats, but Delta has fully embraced it.

I can sense that many of you clenched your butt cheeks (hard) when you read that I listed American Airlines is the second best domestic first class product in the United States. The truth is that their first class product on a majority of their narrow body aircraft sucks.

As a matter fact, I would go as far as to say that it’s probably one of the worst first class products due to uncomfortable seats and the typically-unengaged cabin crew. That’s just been my experience at least.

The reason why I placed American Airlines number 3 on my list of the top domestic first class products is because of their A321T aircraft. These aircraft, which primarily fly back-and-forth between the East and West Coasts, feature a international-quality life-flat first class product. Officially named American Airlines Flagship First Class, it’s quite comfy. And very private.

Not only that, these same aircraft feature a fairly decent business class product (officially known as American Airlines Flagship Business Class). It’s as least as decent as some of the other airlines I’ll be talking about in a moment.

Anyway, if all you’re looking for is a fully lie-flat seat with maximum privacy, American Airlines first class on the A321T is a good way to go. It’s not perfect however, and there are several downsides:

The Hawaiian Airlines A321neo features a very nice (and highly competitive) first class product. No, it’s not it’s good as first class on their A330s, but remember – we are talking about narrowbody domestic aircraft here.

While I consider the Hawaiian Airlines A321neo to be decently sufficient for long five-hour flights to Hawaii and back, it’s not the reason why I placed it so highly in this list.

The onboard hospitality is also the reason why I would choose a Hawaiian Airlines A321neo over an Alaska Airlines 737 to Hawaii any day of the week. Alaska Airlines is good, but they don’t give off very much of a chill Hawaiian vibe. And why would they? They are Alaskan’s for crying out loud.

Now we’re starting to get to the part of the list where everything starts blending together. Yup – the first class products of the remaining airlines are all very much mediocre.

For the record, Alaska Airlines latest first class product (which can be found on the 737 MAX 9) is good. It’s hardly anything that I would call amazing, but I usually find Alaska Airlines crew to be some of the friendliest in the sky. That alone made me place them higher than Delta and United.

Breeze Airways is relatively new to the domestic first class game. They refer to their first class seats as the “Nicest” seats, and from what I’ve personally experienced, they do live up to their name. They are spacious, comfortable, and they feature neat perks such as tablet/device holders and leg rests.

However, it’s not a true first class experience IMHO. They aren’t serving food (other than snacks and drinks) at the time of this writing, and there isn’t an in-flight entertainment product (yet). Once they add food and entertainment, I predict that I’ll be placing Breeze Airways higher in this list.

I don’t have a lot of good things to say about United Airlines domestic first class. It’s not that it’s excessively bad or anything, but it’s just so completely soulless. United first class always feels stuffy to me. Not only that, I don’t think that I’ve ever had a decent meal in United first. Maybe it’s just me and some unfortunate bad luck, but United has never impressed me with any part of their first class offering.

One of the other things that I don’t particularly care for is that (just like Alaska Airlines), you never really know what kind of first class seat you’ll be getting until you step onboard the airplane.

United is still flying around lots of aircraft with very old and uncomfortable first class seats (the really old kind which look like LazyBoy recliners). Those seats are horribly uncomfortable, and I personally can’t sit in them for longer than three hours without destroying my back.

Personally, I’d rather have a seat in economy with an empty seat next to me rather than one of those old-style first class seats.

What about widebody aircraft on domestic routes?

That’s a very good question! As a matter fact, that’s what I tend to look for when I’m booking first class for a domestic flight.

For those of you not aware, widebody aircraft (and even some narrowbody aircraft such as the Boeing 757) are primarily used on international routes. These aircraft fly longer distances, therefore requiring the need for better seating options.

Nearly all widebody aircraft in the US feature lie-flat business class seats. These are astronomically more comfortable than the recliner-type seats found on a domestic narrowbody aircraft.

It’s important to note that not all widebody aircraft feature lie-flat seats in the forward cabin – but the majority of them do. An easy way to find out when your booking a flight is to check the aircraft details when you’re making your reservation:

As an example of an internationally-configured widebody on a domestic route, I was recently on a American Airlines 787-9 between Los Angeles and Dallas.

This aircraft featured a fully lie-flat business class seat, which American was selling as regular first class on this route. I paid a grand total of $220.40 to sit in a VERY comfortable seat for 2.5 hours, and…let’s just say it was the most comfortable trip I’ve ever had between Southern California and Texas.

For the most part, I feel as if domestic first class here in the US is getting to the point where it’s becoming somewhat overrated. Yeah, it’s nice to have a slightly bigger seat (and to be first on and off the aircraft), but it’s often not worth the extra cost over a seat in premium economy.

That being said, there’s no way I would choose premium economy over one of those JetBlue Mint single suites. Those are pretty freaking sweet. 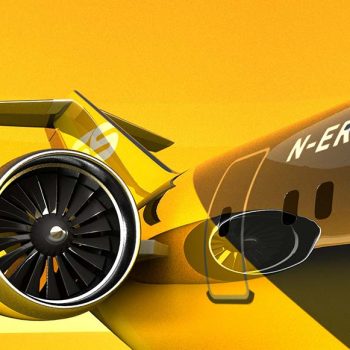 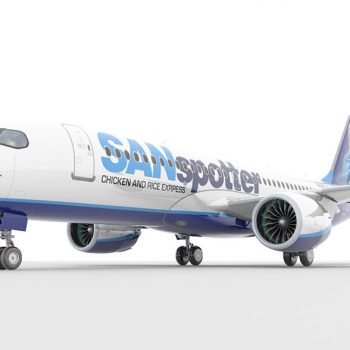