Home
Airline Reviews
Delta A321neo first class: you absolutely have to try this!

It’s not very often that we get to see an airline here in the US completely reinvent a product category. And when it happens, it’s usually a pretty big deal. After flying Delta A321neo first class to Boston (and back) recently, I can indeed confirm that their all new domestic first class product *is* a pretty big deal.

The seats are extremely stylish, spacious, and most importantly…private(ish). Having flown nearly 5000 miles in those seats in 24 hours, I have very few criticisms.

But you know me. it wouldn’t be a SANspotter-style airline review without some good old-fashioned whining.

Plot twist! Even though what you’re about to read is a full review of my experience on a flight from Boston to San Diego, the video I made about Delta A321neo first class was actually from my San Francisco to Boston experience (the day prior). Those experiences were nearly identical (other than the airports), so I’ll include that video here:

Looks pretty good doesn’t it? Even before getting to the review about my Boston to San Diego segment below, I can already tell you that I’m a really big fan of what Delta is doing these days.

As always, the music for my airline review videos comes from my buds over at Epidemic Sound. The title of the first track in this video is “Big Big Man” by Bonkers Beat Club. The track for the second half was “Love You On The Inside” by Lvly.

Right off the bat, it’s probably a good idea to let you know that Delta A321neo first class is not good enough to be the best domestic first class product in the US.

Yeah, it’s a huge improvement over regular Delta A321 first class, but the JetBlue Mint Suites are still the best (by a freaking long shot). Those are fully lie flat business class seats however, so it’s not really all that fair of a comparison. With that out of the way, let’s get to the nitty gritty:

Arrival at Terminal A at the Boston Logan International Airport

Delta Air Lines uses Terminal A at the Boston Logan International Airport. It’s a stunningly beautiful terminal, though a bit on the small side.

I arrived approximately 3 hours before boarding for my flight to San Diego was scheduled to begin – which is something I don’t recommend. I was far too early, but I used that time to catch up on email while filling my belly with the finest food that BOS has to offer. In Terminal A at least.

The boarding process for flight number 573 to San Diego

Typical. The earlier I arrive at the airport for my flight, the greater chances are of it being delayed. Today was no exception. The plane arrived right on time, but they sure took their sweet *** time preparing it for the flight back to San Diego. By the time they got things sorted out, the total delay was about 30 minutes. That’s not too bad I guess.

I saw a lot of pictures of these new seats online before this trip to Boston, and I’m here to tell you that pictures don’t do these things justice. Long story short, these new seats are a game changer. They’re hardly what I would call perfect (no domestic first class seat is) but it’s a giant step in the right direction for Delta and the US airline industry as a whole.

The departure out of Boston

The nice thing about being delayed slightly was that it provided better lighting opportunities to capture the departure. Of course I was on the side of the aircraft that was facing directly into the sun, but it was still a beautiful evening in Boston nonetheless.

It also goes without saying that the Boston Logan International Airport offers some of the finest plane spotting around. There’s a really nice variety of airline traffic here.

They also feel slightly more responsive, which does a lot to help with the overall user experience. Not that the user experience was bad before or anything, as Delta Studio has always been stocked full of great movie and TV options.

Another really nice thing about the entertainment system on the A321 neo is that it has Bluetooth connectivity. This means that you can connect your wireless headphones or earbuds to it (which will sound a lot better than the wired earbuds that Delta provides). In-flight Wi-Fi is available for an additional fee on most flights.

Things weren’t looking very good during the pandemic, as Delta was one of the last airlines to bring back real food to domestic first class.

I’m happy to report that the meals I received on both the San Francisco to Boston segment as well as this Boston to San Diego segment were both spectacular. At least by domestic first class standards. It’s nice to see Delta reign supreme once again when it comes to quality food!

How comfortable is the all new delta domestic first class seat on longer flights?

My San Francisco to Boston segment was 4 hours and 58 minutes. The Boston to San Diego segment clocked in at 5 hours and 28 minutes. I spent a grand total of 10 hours and 26 minutes in these seats over the span of two days, and I’m happy to say that they’re actually fairly comfortable.

They’re obviously not as comfortable as a Delta One Suite on the A330-900neo, but the generous seat recline (combined with the privacy panels) makes a big difference.

It’s been a long time since I’ve reached the end of a long transcontinental US flight where my back wasn’t absolutely killing me. Maybe it was the adrenaline of trying the all new Delta domestic first class for the first time, but if I could’ve easily gone another few hours before waving the white flag.

Despite our delay getting out of Boston earlier in the evening, we actually landed in San Diego just a few minutes behind schedule.

There’s a lot to like about these new seats. I’m especially glad that I didn’t read or watch any reviews of this product beforehand, because I truly got to experience it for the first time without any preconceived ideas of what it really is. The following is my list of pros and cons as (exactly how I experienced them): 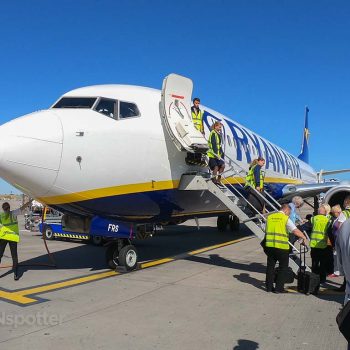