Home
Comparisons
Allegiant vs Frontier: which one offers a better $19 seat?

When it comes to doing in-depth airline comparisons, Allegiant vs Frontier is about as close of a competition as it gets. These two airlines are scraping the bottom of the barrel in the US airline market, fighting tooth and nail over budget-conscious travelers.

Unlike some of the other airline comparisons that I’ve made in the past (JetBlue vs Delta, Southwest vs Spirit, American vs Delta, etc), there will be a lot more similarities to discuss than differences.

It’s almost like the American version of an EasyJet vs Ryanair comparison. As Vincent Vega once said, “They got the same shit over there that we got here except…just there, it’s a little different.”

Allegiant vs Frontier: a brief summary of all the similarities and differences

The fun thing about doing these detailed airline comparisons is that I learn things about the airline industry that I hadn’t really noticed before.

Case in point: putting together “similarities and differences” lists. Most of the time, airlines are either completely opposite from one another or very similar. There’s no in-between. And guess what? There are a lot more similarities between Allegiant and Frontier than there are differences. Check this out:

The most interesting thing about the history of both Allegiant and Frontier is that they were both extremely scrappy startups which evolved into what they are now due to changing market demand and competition from the legacy carriers.

Both airlines have gone through extensive changes since their humble beginnings. It’s been loads of fun to watch them change their business models and product offerings in order to carve out their own little niche in the ultra-competitive US airline market.

In terms of the US airline market as a whole, Allegiant Air is still a pup. It all began in 1997 under the name “WestJet Express” as a wholly-owned subsidiary of the Allegiant Travel Company. That’s right – at it’s core, this is a travel company. Not an airline.

Maybe that’s why it didn’t occur to them that there was another airline that had already called dibs on the WestJet name? Long story short, they changed their name to “Allegiant Air” shortly before commencement of service after losing an embarrassing lawsuit over this name dispute.

Read more about the history of Allegiant Air

The Frontier Airlines we know today is not the same one that was founded way back in 1950. That version lasted nearly 40 years, and the brand disappeared shortly after filing bankruptcy in 1986.

Much like Allegiant, the current version of Frontier has had to make drastic changes to it’s business model over the years in order to stay alive.

They originally started out as a more traditional airline in the sense that they used the hub-and-spoke business model (based out of DEN). They even had personal video screens at every seat when the Airbus aircraft started coming online to replace the aging 737s.

Unfortunately, due to immense pressure from the legacy carriers (as well as increased competition from budget airlines like Allegiant), Frontier switched an ultra low cost business model. If you can’t beat them, you join them I guess.

Read more about the history of Frontier Airlines

Honestly, I don’t think there are two airlines in the US that are more similar to one another than Allegiant and Frontier. Both of these airlines pride themselves in offering a comfortable yet bare bones in-flight experience. Their primary focus is getting people to their destinations safely – and for as little money as possible.

Well, due to some of the “rural” destinations that Allegiant serves, they’ll get you close to your destination. And if the price is right, maybe that’s good enough. Anyway, this is what it’s like to fly both of these airlines:

Discussion about seats is probably the easiest part of this Allegiant vs Frontier comparison. Both airlines offer pretty much the same exact seat (small, rock hard, and blue) without any extra amenities. If you’re expecting video screens and USB ports to power your personal devices, you’re flying the wrong airline.

What is there to say about Allegiant Air seats? I pretty much said all I could think of in my latest Allegiant Air review, and looking at these pics now for the first time in several years, I can’t think of anything else.

All you need to know is that the seats on Allegiant are small, very firm, and not very comfortable for flights longer than 2 hours.

It should also be noted that there are no premium seating options on Allegiant. Much like Southwest Airlines, every seat on the airplane is exactly the same. Yes, you can pay extra for a seat towards the front (and the privilege of being first on and first off), but you’re still going to get the same seat as the poor schmuck in the very last row next to the lavatory.

You know all that stuff I just wrote about Allegiant Air seats above? Well, nearly all of it applies to Frontier Airlines seats as well.

The only difference with Frontier is that they offer several rows of seats with more legroom towards the front of the plane. The amount of extra legroom and the number of the seats that feature it varies from aircraft to aircraft, but it’s a huge advantage over what Allegiant offers.

I had the privilege of trying these seats several times now, and I’ve never had anything but good things to say about them (which is one of the reasons why I think Frontier is so good). It was one heck of a good deal considering how little I paid for the upgrade.

I say again: if you fly either Frontier or Allegiant and you’re expecting a good meal, you’re flying the wrong airlines. However, the good news is that there are some differences between the two when it comes to food.

What food? The only food you are going to get on Allegiant is the food you purchased in the terminal just before the boarding. And for the love of God – if you bring food onto the plane, spare your fellow passengers the agony of having to deal with something really smelly.

Note that Allegiant does offer a complementary cup of ice, with the option to buy a small bottle of water for $3. That’s it. There’s no snack mix, soft drinks, or fancy napkins.

If food is a priority for you, Frontier Airlines is the better choice. Not only do they offer a complementary water (just as Allegiant does), but they also feature a fully-stocked menu of items for purchase.

It’s worth noting that the food on the Frontier Airlines menu is “utility food.” You know – the kind of food that is good for fending off imminent death by starvation.

Not only is it cheap “cafeteria style” food (or the kind you would typically get out of a vending machine), it’s also exorbitantly expensive. Unless you’re spectacularly hungry (or very rich) I’d recommend holding off until you reach your destination.

Sorry. Neither of these two airlines offer onboard entertainment of any kind (not even a streaming option), so that makes this section of the Frontier vs Allegiant comparison short and sweet. Basically, if you want to watch video while in-flight, bring your own. Or better yet, choose another airline.

Neither Frontier nor Allegiant are known for their generous customer loyalty programs. Neither of these two airlines offer their frequent fliers the perks that the mainline carriers do, but that has to be expected.

Remember – these are ultra low cost carriers, and one of the reasons they are able to offer such low fares is because they cut back on extra perks such as frequent flyer programs.

The allegiant Air loyalty program is called myAllegiant Rewards. However, it isn’t typical of frequent flyer programs in the sense that you don’t earn points for the miles / distance / frequency you fly. Instead, points are earned by the amount of money you spend via their co-branded credit card.

Some of the perks of myAllegiant rewards include:

Unlike Allegiant, Frontier’s customer loyalty program (called Frontier Miles) is more typical of the frequent flyer programs of the legacy airlines. You can earn points by making purchases with the co-branded credit card, or by flying.

Some of the perks of Frontier Miles include:

Why would you choose Allegiant over Frontier?

If it were me, I would always choose Frontier over Allegiant (assuming that they both serve the  destination I needed to fly to). The bottom line is that they are a more established airline with a larger network of flights. That’s important to me.

Allegiant feels a little bit too scrappy and “start up” for my tastes, and I’m not comfortable handing Allegiant the responsibility of getting me to a very important business meeting or a much-needed vacation. I simply don’t trust them enough. That being said:

As I mentioned earlier, the Frontier and Allegiant liveries aren’t typical of the stodgy corporate style designs that you’ll see rolling through any American, Delta, or United hub.

If there was ever a livery that screams “budget airline” more, it’s this one. Seriously – it’s the same kind of exaggerated attention-getting graphic design style that you see local convenience marts using to advertise 50% off nearly-expired hemorrhoid cream. It’s cheap-looking (and attention-getting), to say the least.

In all honesty though, it’s not that bad. The problem (for me anyway), is that they sometimes use in the blank spaces in the livery (along the main fuselage) to advertise special deals and promotions.

I’ve written about the Frontier Airlines livery before (in my Frontier vs Spirit comparison), and what I said there applies here as well. It’s a cheap-looking livery just the same as the Allegiant livery – but at least they earn extra SANspotter points for having cute animals on the tail. Hmm. I seem to be generous with doling out SANspotter points in this article for some reason…

Compared to the Allegiant livery, the Frontier design looks more thought out in my opinion. It’s certainly not classy enough to be used for a mainline carrier, but it is fun. I like it. I just wish that more airlines would be as bold and fun as this.

Although they don’t offer the perks and amenities that the more established carriers do, they are fun to watch. I’ve also enjoyed flying on both of these two airlines over the years, and I very much look forward to taking to the skies with them again soon. 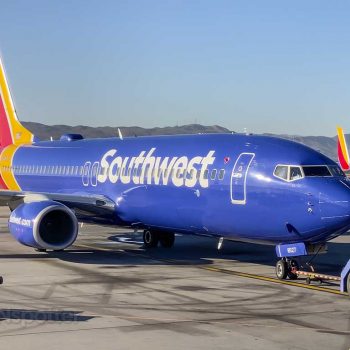 Southwest vs JetBlue: which airline is likely to give you less heartburn? 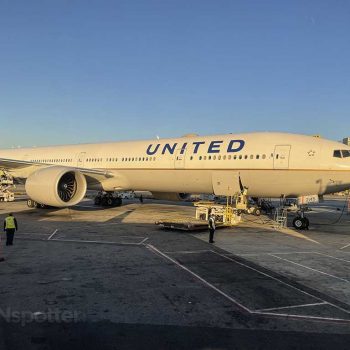 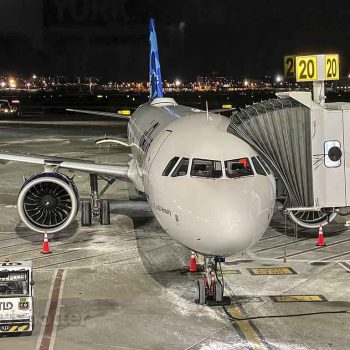 The ultimate JetBlue vs United comparison: What’s the difference?