It wasn’t until the evening before this flight when I was trying to check in with the WestJet mobile app that I realized that I’ve been traveling domestically for far too long. I’m a big fan of checking in with mobile apps and getting a mobile boarding pass (it makes things so easy!), but I was bummed to discover that they didn’t offer it for this flight down to SAN. This is not a good way to begin another WestJet review!

I thought it was an anomaly at first, but I eventually realized that mobile boarding passes are largely a domestic US thing. I’m embarrassed to admit that I didn’t know that! Oh well – that just meant that I’d have to do things old-school and trudge on down to the departures hall just a few minutes earlier in the morning to get a paper boarding pass from a kiosk or (*gasp*)…a real human being!

Luckily there was a really nice check in and boarding pass printing station located right in the hotel, so I took full advantage of that before walking over to the main terminal. Direct human contact avoided. Lol…

Arriving at YYC for the flight down to San Diego

Check in for US flights here at YYC are restricted to those that depart in two hours or less, so I had to wait until exactly 8:25 before I could enter the US pre-clearance customs hall in order to catch my 10:25am flight.

There didn’t really seem to be a need to rush though, as the queue to enter was very short and I assumed that I would be through in minutes.

Unfortunately I assumed wrong. Passport control took just 5 minutes to pass through, but the security checkpoint was another story. The line for that wasn’t all that long, but it was moving extremely slow. It took 25 minutes to get through into the gate areas, and I felt especially sorry for the poor souls in the ever-growing line behind me. By the time I reached the scanner/x-ray, the line behind me had grown 5 times in length and it was moving glacially slow.

According to the chatter I heard from others standing around me, this seemed to me a regular occurrence here at YYC. At least the security personnel were coming through the line giving priority to passengers with the earliest flights.

First order of business for this WestJet review? Finding something to eat.

Once I made it into the gate area, priority number one became breakfast. It was shortly after 9am, and I was starting to feel weak from not having anything to eat or drink all morning. Food options are limited here inside the gate areas of YYC, but I did find a nice bagel shop and was able to enjoy and egg and cheese bagel as I decompressed from the stress of trying to get through security.

After breakfast, I set off in search of getting pics of our aircraft for this WestJet review. And guess what? Remember how I mentioned before that I’ve been having strange “luck” this year with flying duplicate aircraft? It happened again.

The same aircraft that I flew from SAN to YYC two days ago would be the same one that would be taking me back to SAN this morning. This is the third trip this year in which that sort of thing has happened. Weird I tell ya!

The boarding process for WestJet flight number 1564 to San Diego

Boarding was called exactly on time, though I had to hold back a little bit since I had a Zone 2 boarding pass. No worries though – I never use the overhead bins anyway, so at least I don’t have to fight for space to put my things. Although I do suspect that this WestJet review would be a lot more exciting if I had to fight for overhead bin space…

The gate area seemed pretty full as boarding commenced, so I assumed this was going to be a very full flight. But once again (just as it had happened on the SAN-YYC segment), the middle seat was left empty as the boarding door closed. Yes!!

And come to think of it, this was my third flight in a row with an empty middle seat. First it was SFO-SAN on VX, SAN-YYC two days ago on WS, and again today for the return to SAN. Economy class isn’t so bad with an open adjacent seat.

The departure from YYC

It was a beautiful sunny morning in the Calgary area, which provided for some nice views of the surrounding area as we departed.

Climb out was smooth and uneventful, so much so that the guy in the aisle seat never once twitched during the entire process.

The snack and beverage service began 15 minutes after departure, with two carts (one at the front, and the other at the rear) being started at the same time. They both met in the middle approximately 25 minutes later. And yeah – I went for the salty snack and a cup of water (no ice) of course.

The comfort of WestJet 737-700 economy class

The rest of the flight was completely uneventful and not all that interesting. I spent a lot of time napping in between taking pics for this trip report, but the sleep wasn’t all that good considering there was a crying baby nearby and someone was watching an action movie a few rows away without headphones.

KLINKKLANKCRASHBOOMKAPOW!!!!! It was highly annoying, but I’m thinking that someone called them out on it because it eventually stopped. A big “thank you” goes out to whoever that was.

As we made our decent and approach into SAN, I became very thankful for having already cleared US customs up in Canana. I was feeling pretty groggy at this point, and not having to deal with the hassle of that was quite nice.

And that wraps up my inaugural experience with WestJet (and my first ever WestJet review). I have to say that both flights were pretty much what I had expected: cheap, friendly, no frills service. Of all the airlines I’ve flown over the years, I guess I would have to say that they reminded me of Sun Country the most.

While not a true bare bones low-cost experience like Allegiant or Spirit, they aren’t exactly an innovative airline with loads of perks. But then again, what airline is these days? 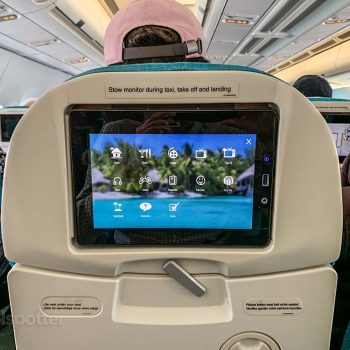 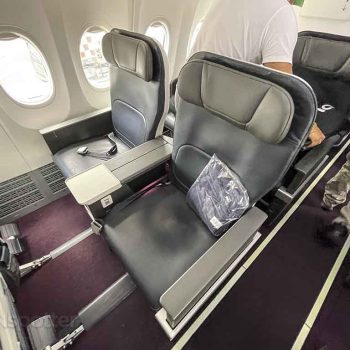 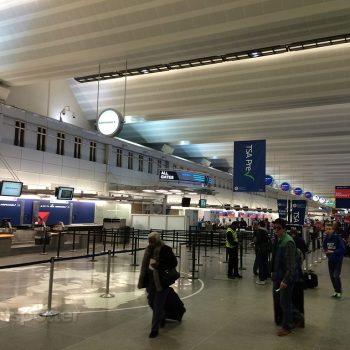