It didn’t occur to me until after I made this reservation that there are actually two configurations of the Delta One 767-300 cabin flying around at the moment (the old and the new), and I really didn’t have any way of telling which one I was going to get until the day of the flight.

Either one was fine with me – sure it would be nice to experience the latest and greatest hard product, but at the same time, getting a chance to review the old and outgoing configuration would be good for historical purposes. It would also act as a baseline of sorts for my future reviews of the Delta One experience, so either way was good.

I had a lot of time to kill before this flight (even after spending several hours in the Sky Club here in terminal 4), so I took the opportunity to wander around and get to know JFK a little bit better. I don’t fly through here very often so it was nice to get an in-depth look at one of the world’s busiest airports.

I’ll just say that the place is massive – and the variety of traffic is like nothing I’ve ever seen. LAX is pretty interesting when it comes to the list of international carriers that serve it, but JFK is simply on another level.

I saw so many airlines that I’ve never even heard of before, which says a lot considering how much of an all-around airline nerd I am. Euro Atlantic Airlines? Sounds like a cheesy airline name for a movie or something, but I assure you they are real.

Boarding was slightly delayed, but not by much. As typical with Delta (and most other airlines), they started boarding those with small children and others who needed extra time, and then followed quickly behind with the Delta One cabin.

The crowds were thick here at gate B34, and it took me some work to cut through the mess and get myself to the boarding door. By the time I got onboard, more than half of the Delta One cabin was already there.

So…which Delta One cabin configuration did this aircraft have? The old version. Oh well – as I said, I was happy enough to experience it for historical purposes, so let the fun begin!

The overall feeling of getting situated felt really chaotic for some reason. The Delta One cabin on the 767-300 is large, so there was a lot of activity all around while everyone was coming onboard.

Speaking of getting situated, there were two things that I noticed right off the bat: first, the thick duvet and large pillow seemed nice…but there was no place to put them!

I ended up cramming them into the footwell of the seat in front of me, but they wouldn’t stay there for long due to the angle of the footrest. Second, there is very little privacy in these old Delta One seats. Seat backs are very low, so it’s possible to see everything and everyone in the cabin while seated.

It felt a little bit odd for some reason – sort of like everyone was nervously looking at each other, trying to avoid eye contact.

Menus were distributed before pushback, and right away I was impressed with this crew. I was greeted by name at every interaction, and each time I felt like they were trying really hard to make sure I was happy and satisfied. That’s a far cry from the service I experienced in American Airlines premium first class the day before, so this flight was definitely getting started on the right foot.

Departure was bumpy and gray (the clouds were really thick this afternoon), which pretty much ruined my chances at getting decent shots of Manhattan as we climbed out of JFK. I did manage to get a few decent shots of the city, but not anything like I had hoped. Oh well – I’ll just have to try my luck next time.

The pillow and duvet were giving me fits during the entire climb, as they kept falling out of the footwell and onto my feet. After 10 minutes I had enough of it and just placed them beside me on the floor.

I really appreciate the effort Delta, but you’ve got to give us a place to put those things for takeoff and landing! Perhaps this isn’t an issue anymore with the new Delta One cabin layout? I’m not sure, but I’d love to find out for myself.

The annoyances kept building we climbed to cruising altitude. The guy two seats ahead of me was very talkative, and he spent the entire takeoff facing backwards talking to the guy behind him (which was the guy in front of me). He had to talk loudly over the sound of the engines, and being that the seats were so low, I heard every word loud and clear.

Plus, it was awkward to have somebody facing me directly for that entire time even though he wasn’t talking to me. In addition, we didn’t break through the cloud layer until 45 minutes into the flight, which was annoying because the sun was setting fast and I really wanted to get some decent sunset pics of the engine and wing that were just outside the window behind me.

These annoyances didn’t have anything to do with Delta though, so I just chalked it up as bad luck and tried to enjoy the experience of flying a new (to me) premium airline cabin.

A snack service began within 15 minutes of departure, and I found it interesting that the nuts were served in a bag (and thus not hot). I was expecting something a little bit fancier here, but not a big deal IMHO.

The meal service began shortly after they finished serving snacks, and despite being in the second to last row of this huge cabin, I was able to select my first choice of entree. I really didn’t expect that at all, so that was a nice little win there.

Anything to help lift my spirits from being annoyed by the chatty guy two seats in front of me! I would like to point out that it wasn’t just me who was annoyed by this guy.

The man directly across the aisle from him was giving him the stink eye for the first hour of the flight, and you should have seen the look on his face when chatty guy engaged the FA into a long conversation while they were trying to serve dinner!

The FA seemed not to mind, but that other guy was getting highly impatient especially since it was his turn to be served next.

I watched episodes of Louis during the meal service, as well as taking a ton of pics out of the window of the amazing sunset – yes, we had FINALLY broke through the clouds and it was looking really pretty out there.

There was still a long stretch of flying to do after the meal service (we were fighting some pretty nasty headwinds), but no matter to me – I tried out the massage function of the seat for a while as I watched episodes of Comedians in Cars Getting Coffee, both of which wore me out to the point of putting the seat into it’s fully lie flat position and trying to get some sleep.

I didn’t sleep that well actually – I wasn’t tired at all, but the seat (and thick duvet) were quite comfortable. Perhaps part of the reason for my lack of sleep was because of the bumpy air over the Rocky Mountains? We got bounced around pretty good for a while there so that definitely killed any chance at sleep.

The flight attendants were highly proactive throughout the rest of the flight, coming around on a non-stop basis offering drinks and snacks to all. I actually lost count of how many times they brought the snack basket around! And finally, near the end of the flight, they served hot chocolate chip cookies. I didn’t try one, but man did they smell good!

We lined up for 24R at LAX 30 minutes early, which was a good thing. Not so good was the fact that it was quite foggy in Los Angeles this evening, which made me worry slightly about my connection to SAN in a few hours. I put it out of my mind quickly though – no sense in worrying about something I can’t control, right?

All in all, this Delta One experience from JFK to LAX was really good despite the old (and somewhat odd) configuration. The service was top-notch, and the flight attendants make me feel like a super star for that entire 6 hour flight. That’s a lot more than I can say about my American Airlines first class experience a day prior – a product which competes directly with Delta One – and my hope is that I just had bad luck with a slightly less than enthusiastic AA crew that day.

But from what experienced in these two days of flying, I can say with confidence that either one is a fine choice for anyone looking for a premium travel experience between Los Angeles and New York. 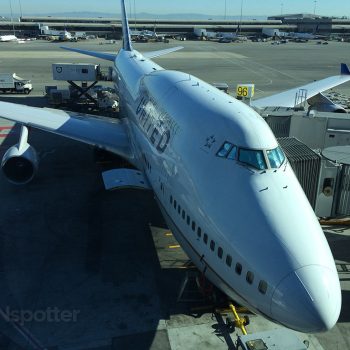