Having already survived one VivaAerobus A320 experience two days ago and feeling pretty good about how that went, this flight back to Mexico City would be the ultimate test. Was the good experience that I had on that first flight just a fluke? Or was it typical of how this airline is actually run and that I would get the same experience today? There’s only one way to find out: let’s go to the airport!

Once though the main doors, it wasn’t very clear to me where I needed to go to check in, and I ended up having to walk around a little bit before I found a small line of people queued up for something. Since there were no other lines in this place, I walked over to see if this was perhaps the check-in area for my VivaAerobus flight to Mexico City.

Unfortunately it’s still wasn’t clear to me once I assessed the situation up close – the big ASUR logos on the back wall didn’t give me confidence that this was the right line. However, there was an assortment of VivaAerobus placards floating around the area which led me to believe that I should stand in this line – if only to see what would happen.

It ended up being the wrong line of course, but it only took five minutes of standing there before they opened up a new line just for Mexico City passengers such as myself. And of course It was every man for himself at that point, and if you weren’t quick on your feet, the fact that you were first in this line did not necessarily mean that you would be first in the new line. Apparently common courtesy isn’t it held in high regard what it comes to standing in line in Mexico.

Passing through the security checkpoint quick and easy, but I will have to say that I felt like I arrived at the airport way too early (yet again) because the domestic terminal here at Cancun International Airport is for the lack of a better word…lacking. It’s basically just two large empty halls with various shops sprinkled around the perimeter. Normally I enjoy killing time in airports by walking up and down the terminal a time or 12, but here in the domestic terminal there’s just nowhere to go.

While I was waiting, I quickly discovered that the ground staff here are not a big fan of photography and AvGeeks such as myself. I take all of my trip report pictures with my phone or a GoPro, so it’s not like I’m carrying around a big DSLR or anything with the monster lens. Still, they didn’t seem to appreciate the fact that I needed pictures for this trip report and I was told to stop taking pictures. Oh well – I got what I needed anyway.

They changed our departure gate roughly about 10 minutes before the boarding process was scheduled to begin, which wasn’t a big deal at all because the domestic terminal is so small that it literally just meant walking over to the next gate. But at least they got the boarding process started on time and in a somewhat orderly fashion.

The anti-photo police made another appearance as I was walking out to the plane unfortunately, which prevented me from getting the pics that I wanted from the air stairs as I was walking up to the boarding door. I didn’t have any opposition to photography when I arrived in Cancun two days ago, but this time they were simply not allowing it. Being that this is Mexico and I’ve heard horrible things about Mexican jail, I had no problem accommodating the request to stop taking pictures.

Until I stepped inside…

Just like the A320 I was on two days ago, this one was sparkling clean and looked fairly new. It was also a very full flight with nary an seat empty, so it appears that VivaAerobus isn’t as repelling as one would be led to believe from reading online reviews. It looked like they have no problem filling these planes!

I’m kicking myself now for not getting a picture of this, but during the safety demonstration the flight attendant standing at the front of the aircraft was wearing a bright yellow life vest with an old USAir logo on it. It gave me a chuckle, and if anything it was just a strong reminder of this being a budget airline that cuts costs wherever possible. They must’ve got a really good deal on those lifevests when USAir disappeared!

The departure out of Cancun today was nothing short of spectacular with amazing views of the beaches and bright turquoise water below. It was dark when I flew into Cancun two days ago, so all in all it was pretty neat to be able to see this area from the air as we took off. It was surprising to me to see that there really isn’t much around the area of Cancun – just a lot of open land at this point, which unfortunately will probably be developed at some point in time.

The service on today’s flight was exactly the same as it was two days ago, which is a good thing. that means that consistency is important to this airline, and they’ve definitely got a system in place that works. I didn’t partake in any of the service due to the fact that literally everything has a price attached to it, and I was planning a lounge visit at MEX anyway. My food intake would have to wait.

Flying into the Mexico City airport is simply amazing due to the spectacular views of the urban area that seems to go on forever. It’s completely mind-boggling how large Mexico City is and even on this flight, my third ever flight into MEX, I was simply in awe the entire way in. Seeing Mexico City from the air is an experience that I would recommend to anyone – it really changes your perspective the human population, that’s for darn sure.

Once on the ground, our taxi time was short and we were docked at the gate exactly at the time promised on my ticket. Another successful VivaAerobus flight complete.

So what gives? Why does everyone get this airline such a bad rap? To be honest, I’m not really sure because these two flights over the past two days were actually pretty darn good. Just as good as you would get on any low-cost carrier in the US actually, and the fact that they got me where I needed to go on time two times in a row says a lot.

VivaAerobus knows what they’re doing, and based on my experience I would consider them to be legit airline competitive with anybody else. No need to afraid of the ‘bus! 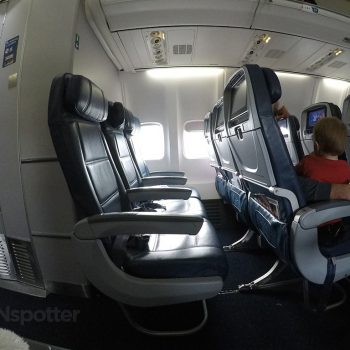 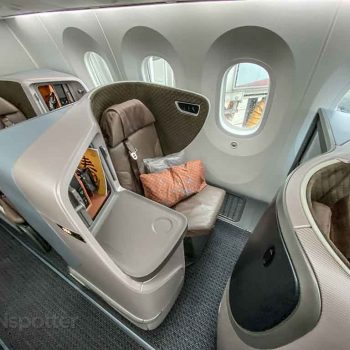