Flying is often one of the most stressful forms of travel there is. There are so many things that can go wrong, from missing your flight entirely to experiencing a misspelled name on an airline ticket. I’ve personally done both of those things (multiple times), and let me tell you: knowing how to deal with a misspelled name on an airline ticket is a valuable skill for fat-fingered Neanderthals such as myself.

Luckily, most airline employees know exactly what to do if you screw up the spelling of the name. If you do find your name is misspelled on your ticket, the easiest way to handle it is to bring the ticket to the attention of your airline. More often than not, they can easily change it for you.

And depending on how your name is misspelled, a change might not even be necessary at all. Read on to find out why…

Tips for preventing misspelling your name on an airline ticket

I get it. People lead busy, stressed lives, so it’s easy to make mistakes. I’ve definitely made my fair share of mistakes over the years, and I doubt that’ll ever stop.

Anyway, as you’re booking your next flight, there are several things you can do to make sure you don’t mess up the spelling of your name:

When booking your flights, more often than not, you’ll be giddy with excitement and be tempted to rush through the typing of your own name. The airline uses this version of your name when printing your ticket, so it’s important to slow down (just for a second at least) and type slowly. Use one finger if you have to. You’ll be more likely to write your name correctly if you type in a relaxed manner.

If you’re too distracted or frantic when trying to book a flight, you might accidentally hit the wrong key and call yourself “Svott” instead of “Scott.” Don’t ask me how I know this.

If you’re booking a flight for someone else, having their passport or other identification on hand is a simple way to make sure you spell their name correctly.

If the passport matches the name of the identification document they will be using at the airport, you’re in the clear. If not, jump to the next section (as quickly as you can) before the person you’re booking the ticket for thinks you’re a total idiot.

By the way, I recently wrote a full guide explaining how to buy an airline ticket for someone else. I highly recommend reading that to ensure that you know all the rules. Additionally, because of how easy it is to use your frequent flyer number for someone else, it’s easy to make mistakes when combining your data with someone else’s. Double check everything!

If you fly frequently, you can automatically put in all your information, like your name, passport number, and birthdate into your bookings. Auto-fill settings can prevent mistakes, so you never have to worry about making a typo when typing in your own name.

Solutions for dealing with airline tickets that have a misspelled name

A misspelled name on an airline ticket is often easy to fix, but there are some times when it can be a hassle to do. Expect fees or other inconveniences, but remember that each airline has a different policy when dealing with ticket changes.

If you book your flight online and immediately notice in the confirmation email that your name is wrong, it’s pretty simple just to cancel your ticket. If you cancel and rebook your flight in a matter of minutes, it’s possible to correct your mistake and get the same seat for the same price.

Note that most airlines (at least here in the US) give you 24 hours to cancel a ticket without incurring fees.

This kind of solution is the riskiest because prices and seat availability can change while you’re trying to rebook. Especially if you’re trying to get on a busy flight. Canceling might get you bumped off altogether.

It’s also important to note that most airlines will charge your credit card immediately after a purchase, so make absolutely sure they cancel the first charge if you have to book another ticket.

If the day of departure is getting closer, and the prices of the tickets have climbed since you first booked, call the airline. They can explain to you the process of changing your name and the policies they have in place to accommodate this procedure.

Some airlines might charge you an extra fee for changing your name, so be aware of that possibility before calling.

4. Talk to an airline employee at the airport

If you’ve accidentally typed your name in wrong while booking, or even if the airline is at fault, you can explain yourself as you check in for the flight. If the mistake is obvious (i.e., “Ronert” instead of “Robert”), most airline employees will be very understanding and correct the mistake for you.

However, if it says something like “Bill” instead of “Scott”, don’t expect much sympathy.

Mistakes happen all the time. If you’ve made a fat-finger mistake when booking  your flight, know that your airline has most assuredly dealt with similar issues before.

When you’ve found a misspelled name on an airline ticket, remember to keep calm. There are processes in place to deal with these kinds of mistakes, and the airline you are flying likely has a policy addressed to just this issue.

Changing your name should not be all that difficult to do, and your airline might even tell you not to bother if it’s a minor (and obvious) mistake.

What happens for minor misspellings

If your name has one or two wrong letters, or if you’ve switched your first and last names, you can likely get on your flight without any issues.

If an airline assumes that the misspelling is due to human error, they often understand rather than condemn. Especially if you can explain to them what happened. In more situations than not, will likely let you get on with your trip without making you purchase a new ticket.

You will not be barred from flying if:

What happens for major misspellings

If your name has been so badly misspelled that it’s unrecognizable, you need to have it changed before you can go anywhere. You should also learn to slow down when booking airline tickets…

A few minor mistakes are acceptable as human error, but showing up with a ticket that names you “Bhavdeep” when your passport says “Jacques” is going to end badly.

You may have to pay a change fee

Having to change the name on a ticket counts as a modification to the ticket for most airlines, and as we all know, modifications incur fees on non-refundable fares. If a name change is required, expect to pay a change fee.

For most airlines, if the mistake is their fault, they won’t charge for a correction.

Generally, the TSA (Transportation Security Administration) understands typos and will not prevent you from flying with a slightly misspelled name. It’s been my experience that the TSA’s rules on names matches the rules of the airlines very closely.

If it’s a very minor misspelling, you’ll be ok. If it’s a completely different name, they won’t let you proceed through the security checkpoint without correcting it with the airline first. 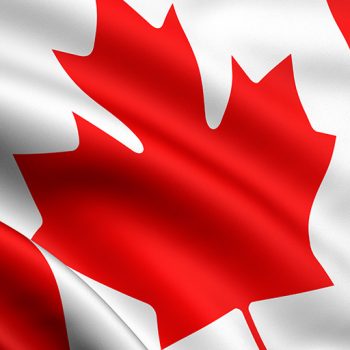 Dear Canada: why are your border agents so mean?