As I sit here trying to think of a clever intro to this Japan Airlines 787-8 business class review, all I can think about is the fact that I absolutely cannot wait to tell you that there was some slimy tongue eating happening during this flight.

And now that I’ve told you that, it’s likely that your brain is working hard to process information that you just weren’t prepared to hear. Would you agree that it’s kind of pointless for me to continue any further with this introductory paragraph? I’m just going to dive right into this so as not to delay things any further…

Do you ever look back on big moments in your life, specifically at the minutes just before something significant happens? I tend to do that a lot, and it’s always amusing to me to think how naïve and unprepared I was at those moments just before that big event. Such was the case as I was walking to the gate to catch this flight home to San Diego. All I could think about was being spoiled rotten all the way home by yet another world class JAL cabin crew, but little did I know that I was about to eat tongue for the first time. Yikes.

The gate area for today’s flight eventually filled up and it seemed a lot more crowded than the outbound segment a few days ago – which was really nice to see considering that this meant (unscientifically of course) that there really is demand for a daily flight between NRT and SAN. I’m not really sure what the deal was with that flight from San Diego to Narita a few days ago, but it was so empty that it made me worry a bit that the demand for a flight between these two cities just wasn’t there.

Boarding began exactly on time, and even though I was seated up in business class today, I somehow had to fight my way into the queue. It was a packed house down here in the gate area, and I ended up being pushed to the third group to board behind all of those JAL and OneWorld platinum elite gold encrusted superstar passengers. There were a lot of them on today’s flight, and I was definitely feeling status envy as I waited patiently for my turn to board.

A relaxed boarding process this was not. Things were happening very quickly once I was on the plane and into my seat, and it looked as if the flight attendants were working hard to get everybody accomdated. It was announced that this was a completely full flight, and they were asking for everybody to quickly find their seats so that we could get out of here on time and on schedule.

The fact that they were boarding the entire plane through the forward boarding door didn’t help to calm the mood any as I sat there waiting – every passenger on the plane got the opportunity to walk through business class on the way back to their seat. Sometimes I think the airlines do this on purpose to give everyone a sense of what the business class experience is like. Guerrilla marketing at its finest!

Amenity kits and noise canceling headphones were on every seat upon boarding, and the flight attendants came by with cold towels and United States entry forms as we sat there waiting to push off gate.

The sun was nearly gone once we finally got underway, which is precisely the time of day when my iPhone 6S refuses to take nice pictures anymore. Therefore, I’m offering you my sincerest apologies for the poopy sequence of departure shots you are about to see. Low light is the nemesis of my phone for sure!

Not being able to get the kind of Instagram-worthy departure pics I was hoping for didn’t sour my mood any, because that amazing JAL in-flight service was just about to begin. Menus and drink orders came roughly 30 minutes after departure, and it was at that moment browsing through the menu that I saw something scary enough to paralyze me in fear.

Keep in mind that I am generally a very courageous eater, and I’ll usually try anything once. But there was beef tongue on the menu as part of the Japanese meal option, and I’m not going to lie that it scared me enough to seriously consider the western option instead. I’ve eaten just about every part of the cow I think, except for tongue and a few other unmentionable bits.

I’m not really sure what it is about tongue (and cow junk) that seems more disgusting to me then a slab of leg or ribs, but it is – and it immediately triggers the gag reflex in me just thinking about it.

“Do I or don’t I?” That’s the question I was asking to myself over and over again as I stared blankly ahead at the video screen directly in front of me, and I still hadn’t even made up my mind yet as the flight attendant reached our row and asked me to declare a choice. “The Japanese meal – Kudasai!” escaped my lips even before I was able to mentally approve it, so there was nothing left for me to do at that point but to cowboy up and give it a try. Not without ordering a giant glass of wine as well though…

I started watching Dunkirk as I was waiting for dinner to be served, but it was far too serious of a movie to focus on when all I could really think about was slimy pimpled cow tongue instead.

I needed to watch something stupid and silly if there were any hopes of distracting my mind from what it was that I was about to consume. Going in Style fit the bill nicely.

I had never been as nervous to eat a meal in my life. My fork danced around that tongue until it was nearly the only thing left on my tray, and I think my hands were shaking a bit as I went in for the first bite. To be quite honest it looked just like a regular slab of beef with some sort of heavy sauce all over it, but it didn’t stop me from gagging a bit on that first mouthful.

But you know what? It wasn’t all that bad, and if I didn’t know that it was tongue, I would’ve devoured it in seconds and asked for another serving.

After the meal, my brain was still a little bit messed up from all that mental anguish of the tongue, and I inadvertently said “yes” when the flight attendant asked me if I would like a cup of coffee with dessert. Loyal leaders of this blog will know that I am not a coffee guy at all – I love the smell of it, but it’s far too bitter for me and as hard as I’ve tried I just cannot develop a taste for it.

I’m also too much of a nice guy at times, and I felt bad for turning it away after she brought it to me, so I had to cowboy up yet again and drink it all. Hmmm…one might think that having to cowboy up two times during the same flight would mean that things aren’t going so well, but believe me, I was having lots of fun so far!

A round of hot towels ended the cabin service for the evening, and at that point I decided to call it a night and try to get some sleep. These Shell Flat Neo Seat aren’t completely lie-flat, but they’re close and perfectly comfortable for a few hours of deep sleep. And deep sleep it was – so deep that I had some pretty crazy dreams during the night, brought on no doubt by that beef tongue swimming around in my veins.

It was a pretty bumpy ride across the Pacific this evening, but I managed to sleep well and I woke up only when the flight attendants turned on the main cabin lights with two hours of flying time remaining. Breakfast orders were taken shortly after that, and within 15 minutes I had a delicious hot meal sitting in front of me once again.

These eastbound transpacific flights out of Japan are far too short for my liking, because I always feel like I never get enough sleep and that I would be perfectly content for flying five hours more. But nope. We were beginning our descent into San Diego just as the flight attendants were clearing our breakfast trays, and another great flight was just about over. I’ll let the pics tell the story of our arrival into San Diego this morning:

My wish of a longer flight was granted as we were sitting at the gate waiting for the main boarding door to be opened. Right outside my window I could see that the SAN ground staff was having a heckuva time fighting with a non-cooperative jet bridge that just didn’t want to be connected to our 787.

It took about 10 minutes before they were able to get the jet bridge into a proper position to offload all passengers, and for a few minutes there was talk amongst the flight attendants that we would have to deplane using stairs. Now that would’ve been cool! It also would have been a bit embarrassing considering that I love San Diego dearly and I didn’t want any first-time visitors on this airplane to get the wrong idea about our nice little airport.

Once off the airplane and into the terminal, it was a quick dash downstairs to passport control here in terminal 1. I’ve only been through here one other time (coming off a British Airways 777 from LHR in 2013), and unfortunately I will never pass through here again. All international arrivals will be coming into terminal 2 starting in June of this year, so this US customs facility in terminal 1 will be closing down as soon as that new facility is open.

So there you have it. My first ever experience flying Japan Airlines was an unforgettable one and I cannot wait to fly with them again in and out of San Diego in the near future. Hopefully we will see the Sky Suite here at SAN soon, as well as their amazing first class product – which I hear is downright phenomenal. I’d also like to go on record saying that of all the airlines I’ve flown in and out of San Diego over the years, this was by far the best experience I’ve had. Arigatou gozaimasu JAL!

Thanks for coming along with me on this quick trip to Beijing and back! Stay tuned though, because my next trip report (which involves disco-tastic first class seats and sports cars) starts in just a few days… 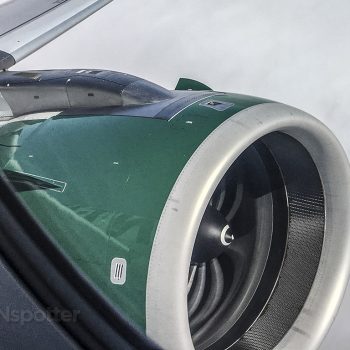 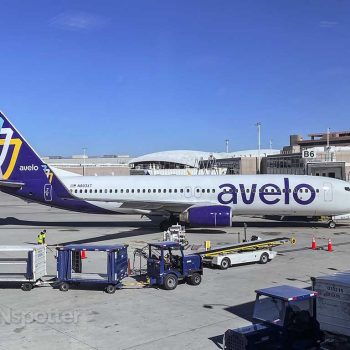