If you’re facing a short layover in Detroit, don’t worry. Although it may be a large airport (and one of the most significant hubs for Delta Air Lines), it’s also efficiently designed and extremely easy to navigate.

A 1-hour layover in Detroit is easy if you’re not changing terminals. As a matter fact, I go far as to say that DTW minimum connection times can be as low as 40 minutes if you’re flying the same airline.

But how long of a layover do you need in Detroit if you’re changing airlines? Or flying international? Well, it depends. Let’s break it down for each specific scenario:

What is the minimum connection time for domestic flights at DTW?

The minimum time for connecting flights at DTW depends entirely on the airline that you’re flying.  Here is what I’ve experienced over the years:

Connecting from one Delta flight to another is a very simple process. Minimum connection times as low as 40 minutes, though it could be lower if you get lucky and find that the gate for your departing flight is near the gate of your arriving flight.

Changing from one airline to another in Detroit is going to involve a terminal change. This means having to re-clear security after arriving at the new terminal, so plan for at least an hour and a half to make your connection. Note that you will not have to change terminals if you aren’t changing airlines.

Delta is located in the McNamara Terminal (Concourses A, B, and C), while every other domestic airline is located over in the North Terminal .

What is the minimum connection time for international flights at DTW?

Connecting from an international flight

Connecting from an international flight to a domestic flight in Detroit is the same as it is at any other airport in the US. There are customs and immigration (FIS) facilities in both the McNamara and North Terminal.

Connecting to an international flight

It’s a bit confusing since international flights operate out of both terminals (it’s the reason why having a short layover in Minneapolis can be difficult). The best way I can summarize it is by saying this:

The Detroit Metropolitan Airport is massive. There are two main terminals: the McNamara Terminal, and the North Terminal.

The McNamara terminal is broken up into three separate concourses: A, B, and C.

Concourse A, the main Concourse at DTW, is 1 mile in length from one end to the other. However, it’s a very easy walk. If you’re not up for it, there’s a train that runs back-and-forth across the entire length of the concourse that’ll get you to the other end in mere minutes.

Concourses B and C are connected to Concourse A via an underground walkway, and it’s possible to walk between the two in about five minutes (at a normal pace).

The reason why short layovers are ok at DTW

People ask me all the time if a 1-hour connection is OK in Detroit. You know what? I love telling them that they can do it in 40 minutes or less. The look on their face is priceless (even more priceless than the reactions I get when telling people what DFW minimum connection times are).

DTW may be big and intimidating, but there are a lot of good things about it which makes short connection times possible:

Travel time between all terminals at DTW

From Concourse A (McNamara Terminal) to:

From Concourse B (McNamara Terminal) to:

From Concourse C (McNamara Terminal) to:

From the North Terminal to:

What is the ideal connection time at DTW?

A short layover is definitely OK in Detroit as long as you’re not switching airlines. Personally, in order to feel comfortable and as stress-free as possible, I’d want an hour if I was going from one domestic Delta flight to another.

The nice thing about DTW is that you don’t have to try really hard to make a short connection (IMHO, only Denver is easier for making 1-hour connections). But for all you worrywarts out there, here are a few tips to make it easier: 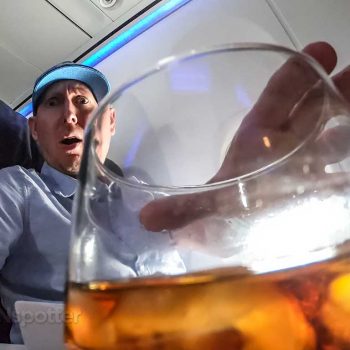 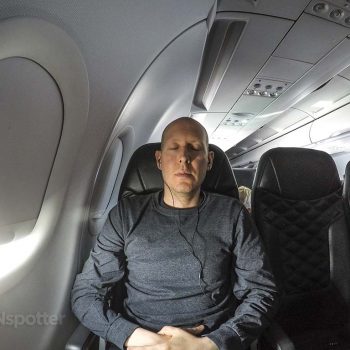 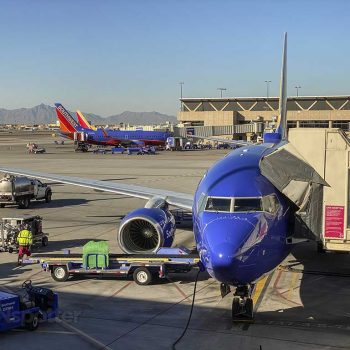 Short layover in Phoenix? No Problem! Here’s why: