Home
Travel Discussion
Is a 1 hour layover enough time in Seattle? Yes and no (but mostly yes)

It’s time to reach into my mail bag again. This time, I’m going to answer one of the most common questions I’ve been getting recently: is a 1 hour layover enough time in Seattle?

The good news is that 1 hour is indeed enough time for a layover in Seattle (most of the time). As long as you’re connecting from one domestic flight to another domestic flight, you should be fine. However, it gets a little bit more complicated (and sketchy) if you’re making an international connection. I’m going to break it down and try to cover every situation possible…

OK. Just how realistic is a 1 hour layover in Seattle?

Don’t worry. I still stand by my statement that (most of the time), a 1 hour layover is plenty of time to make a connection in Seattle. However, there are a few scenarios where 1 hour just might not be enough. Most of those scenarios involve making a connection to or from an international flight.

What is the minimum layover for domestic flights in Seattle?

My recommended minimum time to make a domestic to domestic connection at SEA is 45 minutes. Yeah, I’m sure there are superheroes out there who have done it in far less time than that, but as long as you’ve got 45 minutes of padding in your itinerary, you should easily make any connection that doesn’t involve an international flight.

Connection times of 30 minutes or less are possible if your connecting flight is adjacent to the gate that you arrived at. However, even if it’s at the far end of the airport in a completely different concourse, 45 minutes is easily doable as long as you hustle.

What is the minimum layover for international flights in Seattle?

Connecting to an international flight from a domestic flight in Seattle doesn’t take that much longer than making a domestic to domestic connection. There are no extra security checkpoints to go through, and it’s fairly easy to reach the South satellite terminal from the main terminal in a matter of minutes via the connection train (which runs every few minutes).

If you’re connecting from an international flight to a domestic flight in Seattle, plan on an hour and a half. At least. If it were me, I’d want two and a half hours to make sure that I have enough time to deal with any issues.

Although it’s really easy to get from the international terminal to the main terminal, the problem is you’re at the mercy of customs and immigration and how busy it is when you arrive.

If the customs and immigration hall isn’t very busy, you could easily make a 1 hour connection. However, if it’s really busy and the lines are moving slow, it’s going to take an hour and a half at least. My best recommendation for determining how long of a layover you’re going to need in Seattle coming off an international flight is to give yourself as much time as possible when making your reservations.

The first few times I flew in and out of Seattle Tacoma International Airport were confusing. Somehow I always end up arriving at the N gates, which is the North satellite terminal – separate from the main terminal.

It’s a fairly small building compared to the main terminal, and at the time, I didn’t realize that there was a whole other part of the airport. I thought that tiny little terminal was it.

The layout of the Seattle Tacoma International Airport is simple. There’s one main terminal with four separate concourses (A, B, C, and D). Then, there are two satellite terminals (N to the north, and S to the south). The S terminal is the international terminal.

It’s a very simple and efficient design, and it’ll make sense once you’re in there trekking from one flight to another. It’ll make even more sense if you have experience with the Orlando airport.

The terminal layout is awfully similar, and the efficiency of the satellite concourse design is why I always say “you betcha – it’s as easy as having a short layover in Seattle” when people ask me questions such as “can I do a short layover in the Orlando airport?” You’d be shocked how many times I get questions like this…

The reason why short layovers are ok in Seattle

Seattle Tacoma International Airport is big, but highly efficient. There are moving walkways through many parts of the main terminal. Not only that, the trains that run between the satellite terminals and the main terminal are fast and frequent.

Don’t worry if your connection involves switching from one terminal to another via the train. It doesn’t take that long, and it’s super easy to figure out. Just follow the signs.

Travel time between all terminals at Seattle Tacoma International Airport

I’ve spent a lot of time over the years making connections in Seattle. I’ve walked from one end of the airport to the other too many times to count, so I feel like I’ve got a pretty good sense of how long it’s going to take to make a connection.

Here are my estimates for helping you to determine how long of a layover you need in Seattle:

From Concourse A / main terminal to:

From Concourse B / main terminal to:

From Concourse C / main terminal to:

From Concourse D / main terminal to:

From the N gates to:

From the S gates to:

How long of a layover do I recommend for a no-stress connection?

As I’ve already mentioned, I’d want 2 1/2 hours at least for a international to domestic connection. However, to make myself feel as comfortable and stress-free as possible, 3 hours would be really nice.

As far as a domestic to domestic connections go, 2 hours would be nice. Not because it takes a long time to get from one part of the airport to the other – but simply because there are a lot of really great shops and restaurants inside the airport.

I mean, what fun is making a connection when you can’t stuff your face with junk food along the way?

In contrast, 1 hour layovers are OK in Denver – even with taking a bit of extra time to gorge yourself with food before your next flight. The Seattle Airport is nice, but it’s not as efficient as some of the others.

One final tip for making really short layovers at Seattle

The best advice I have for making really short connection times in Seattle is to plan ahead. For example, if you know ahead of time that your flight is going to be arriving in Concourse A, but your connection is departing out of the far end of Concourse D, you’ll know that you’re going to have to hit the ground running as soon as you step off the plane (OJ Simpson style).

A short connection like that is definitely possible, but you’re not going to have any time for food stops and shopping.

On the flipside, if you know that your connecting flight will be departing very near to where your arriving flight docks, you can rest easy knowing that you’re going to have plenty of time to make your connection (and to pig out on all the delicious food inside the airport). And who knows? It might even be as chill as if you were on a short layover in Honolulu. 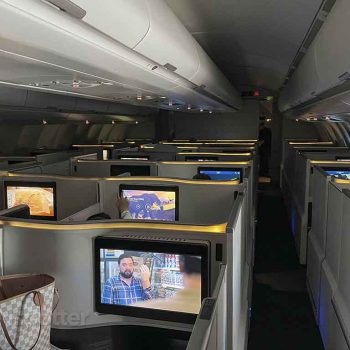 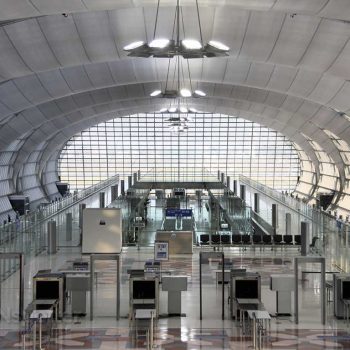 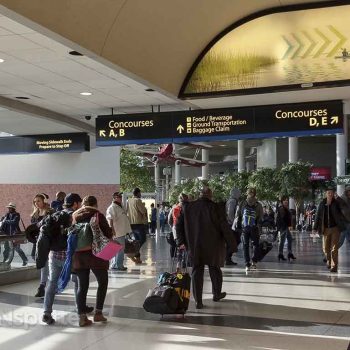 Short layover in Charlotte? How short is too short?