I had about two hours to kill before my connecting flight to PEK, so after exchanging some US Dollars for South Korean Won, I decided to stop by the United Global First lounge to have a quick look. It’s not like I was seeking the quiet sanctuary of a lounge to escape the busy terminal or anything, because the international terminal at SFO was actually kind of quiet and calm that time of the morning. I could have been plenty happy just camping out by one of the big windows and just watching the airport at work. Besides, I admit that I’m not much of an airline lounge kind of guy anyway. Yeah, they can be a nice escape from a busy airport every now and then, but the aviation geek in me doesn’t mind wandering around an airport for several hours at a time checking out all the action.

Honestly, I wasn’t expecting much from the Gloabl First lounge. My wife and I visited the United Club (business class lounge) here at SFO last October on our way to Japan, and we were both slightly disappointed. It was very crowded, dark, and not so relaxing. With that said, I expected to check this lounge out very quickly – I’d take some pics, perhaps grab a quick bite to eat, then leave.

Or not. I was instantly blown away at how nice this Global First lounge was, with nice decor and high ceilings, with plenty of places to sit and work / relax. The food spread was also quite good – there was fresh fruit and veggies, sushi, all kinds of breads, and a pretty respectable beverage assortment. 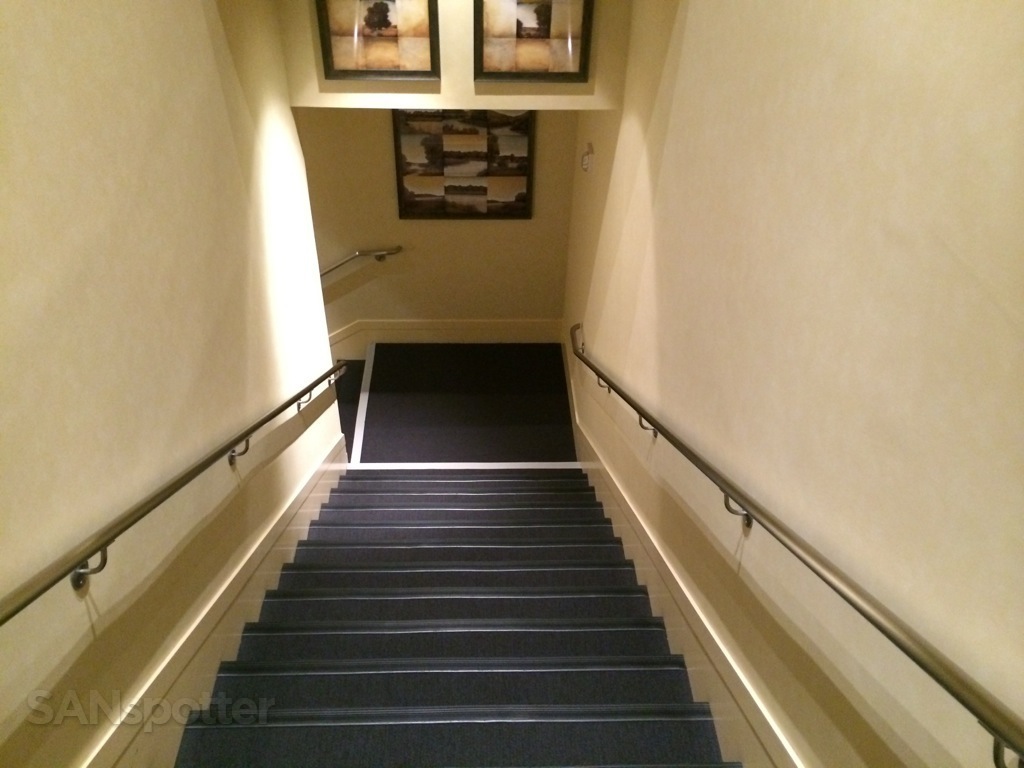 After checking in at the front desk, follow the stairway down to the lounge area 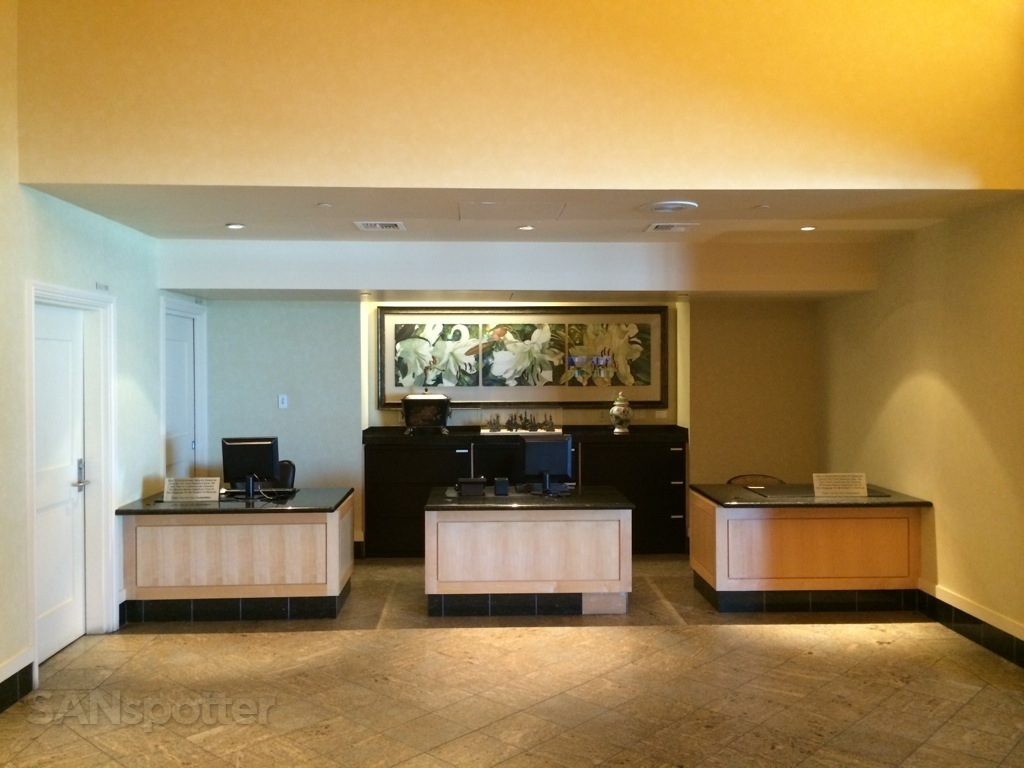 At the bottom of the stairs is a customer service center, but it wasn’t staffed today 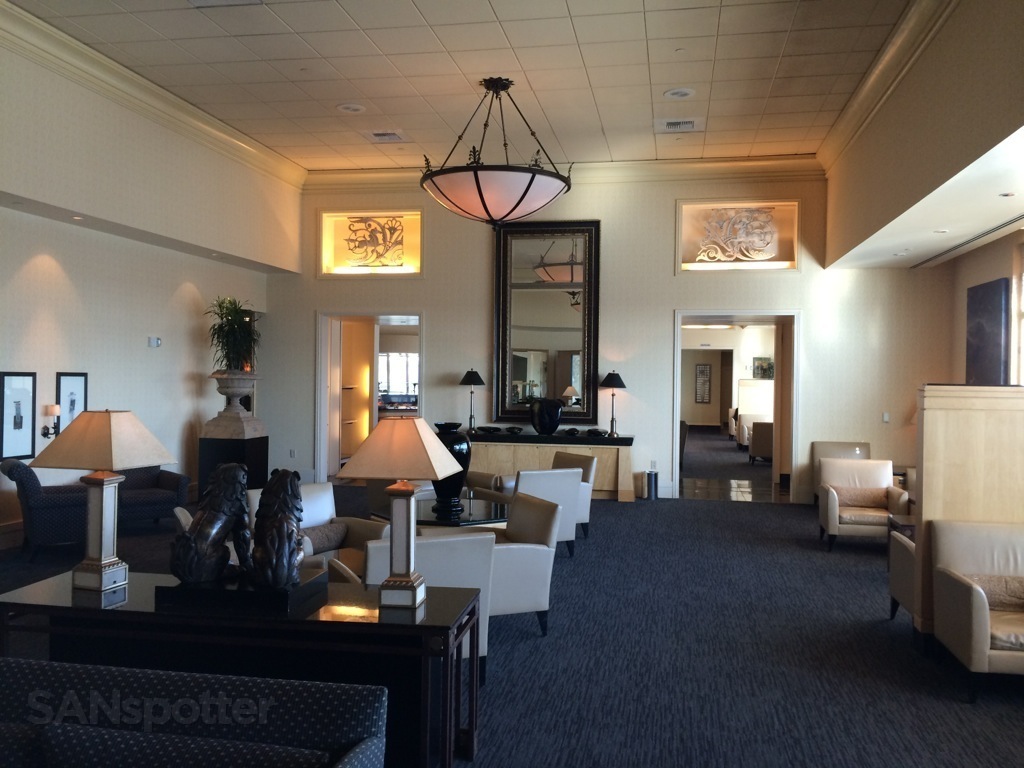 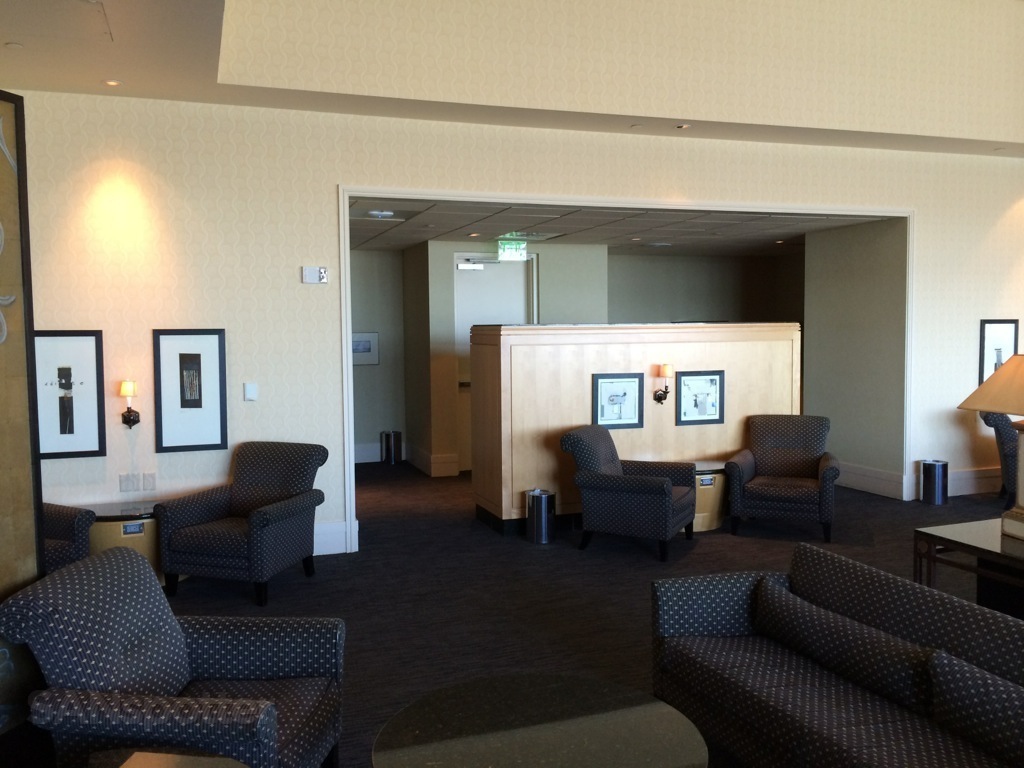 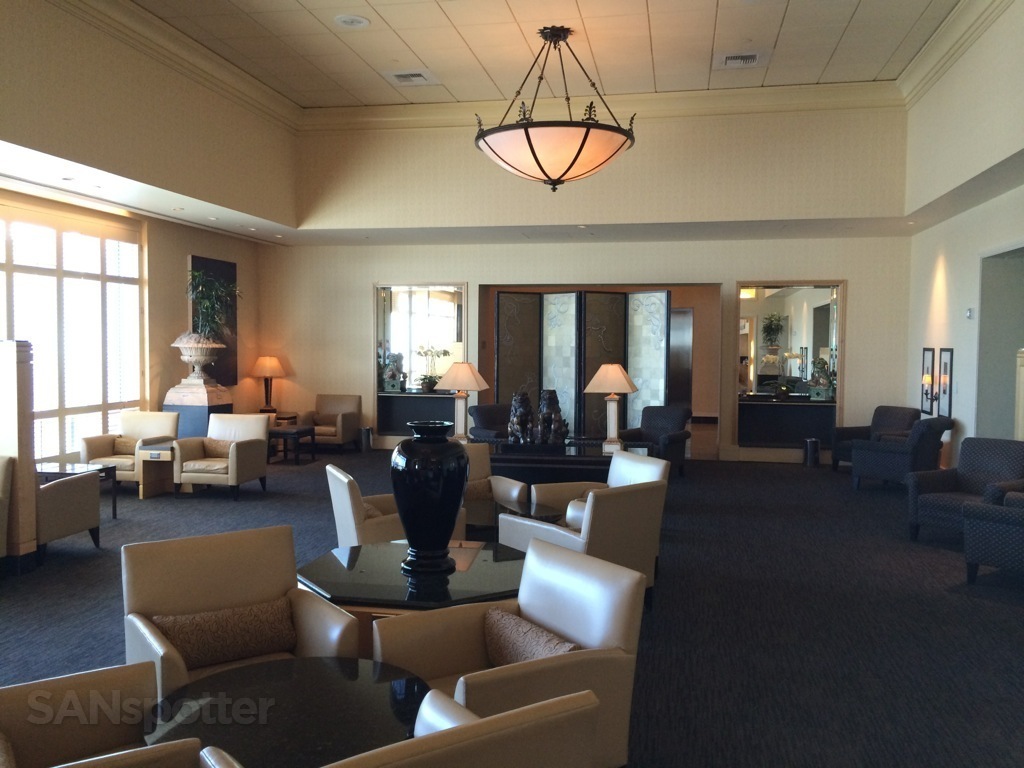 Looking the other way towards the entrance 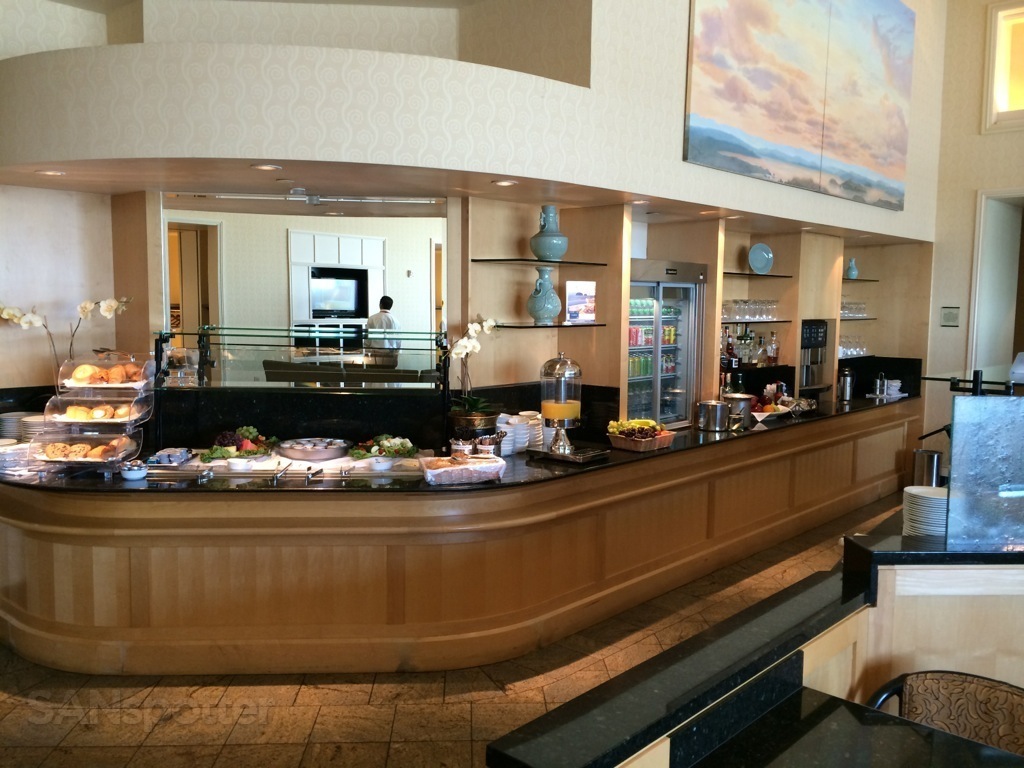 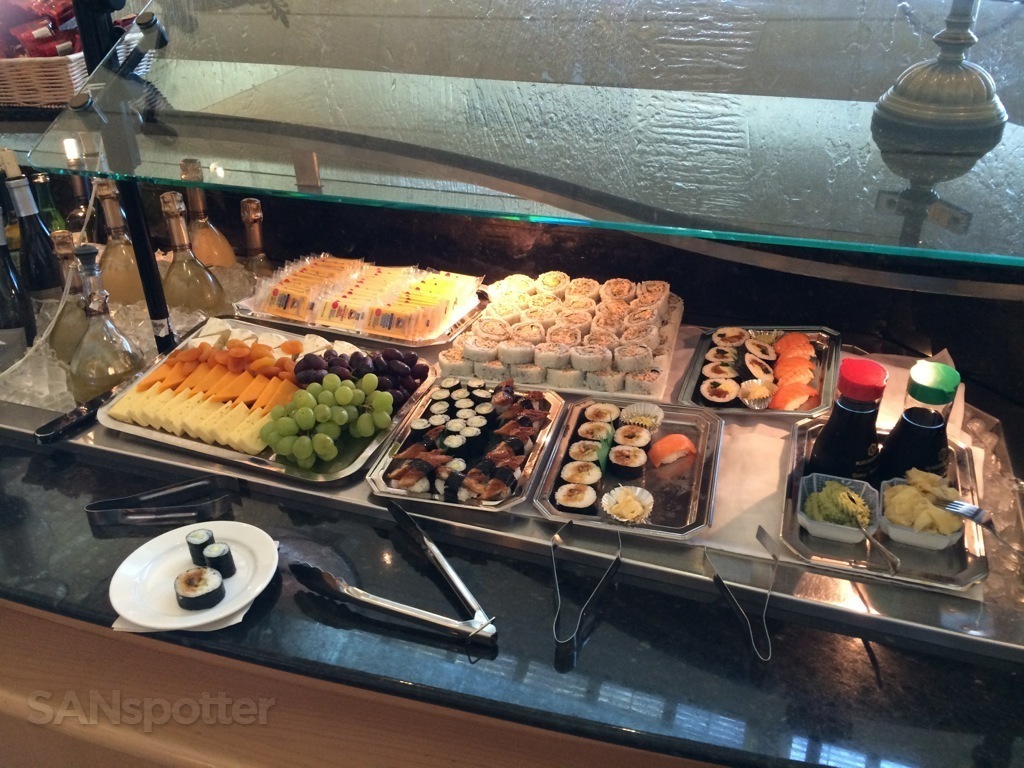 There are a lot of good cold food options here 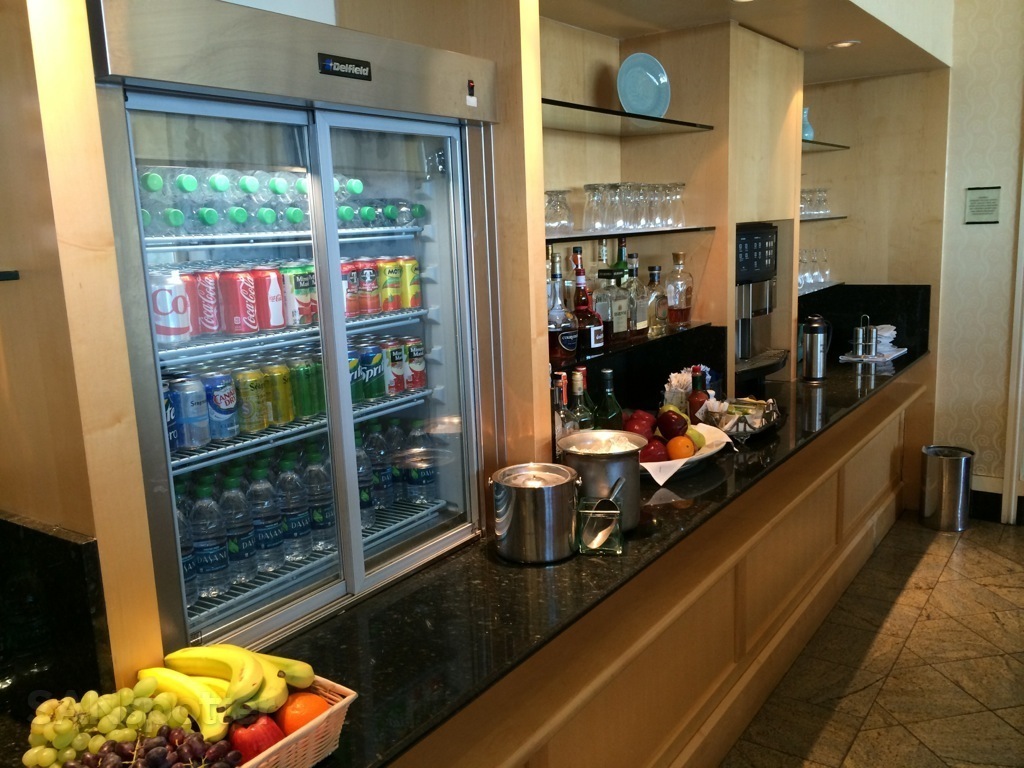 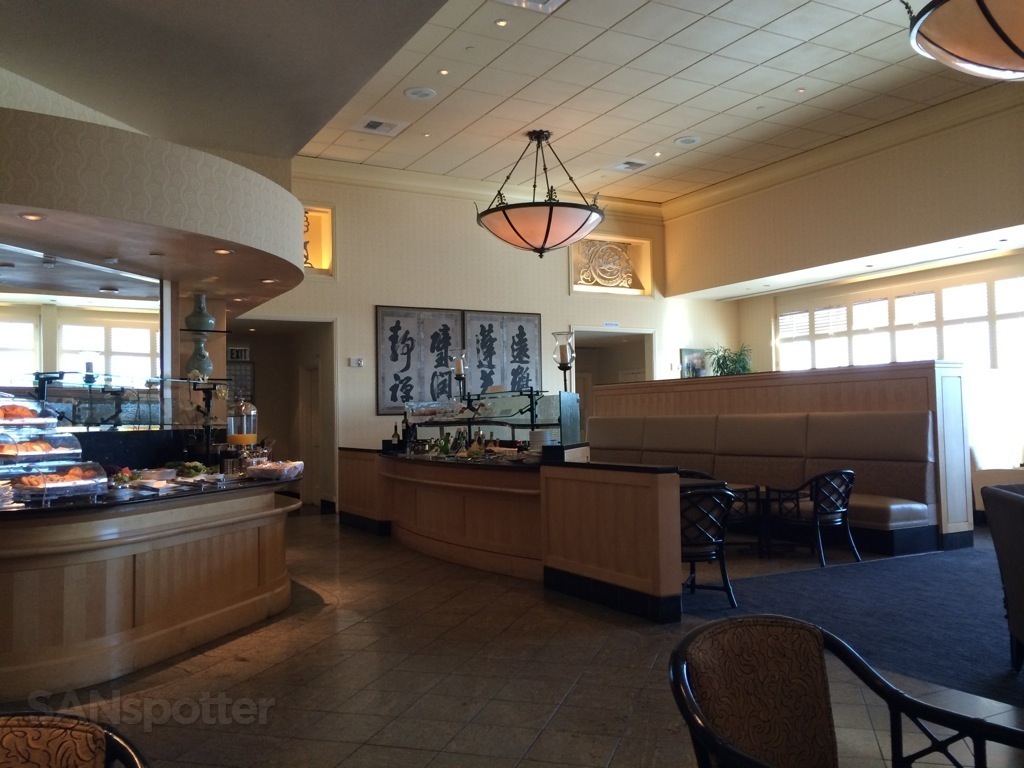 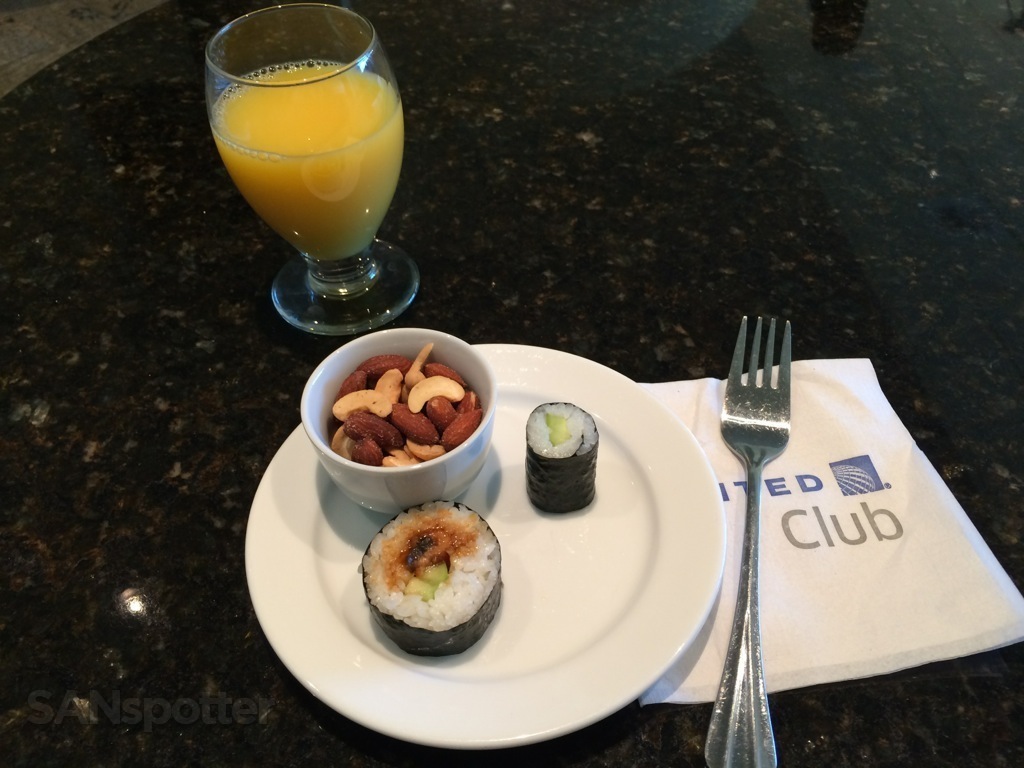 I knew that I’d be eating well on the flight, so only had a light snack 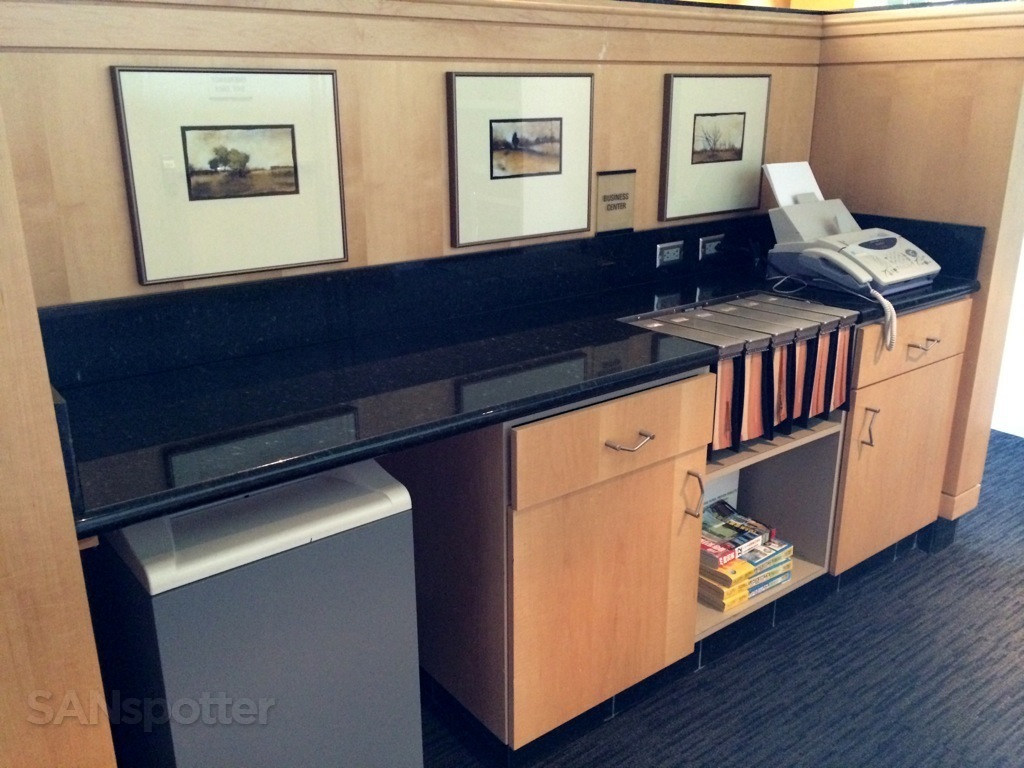 The business center at the back of the lounge 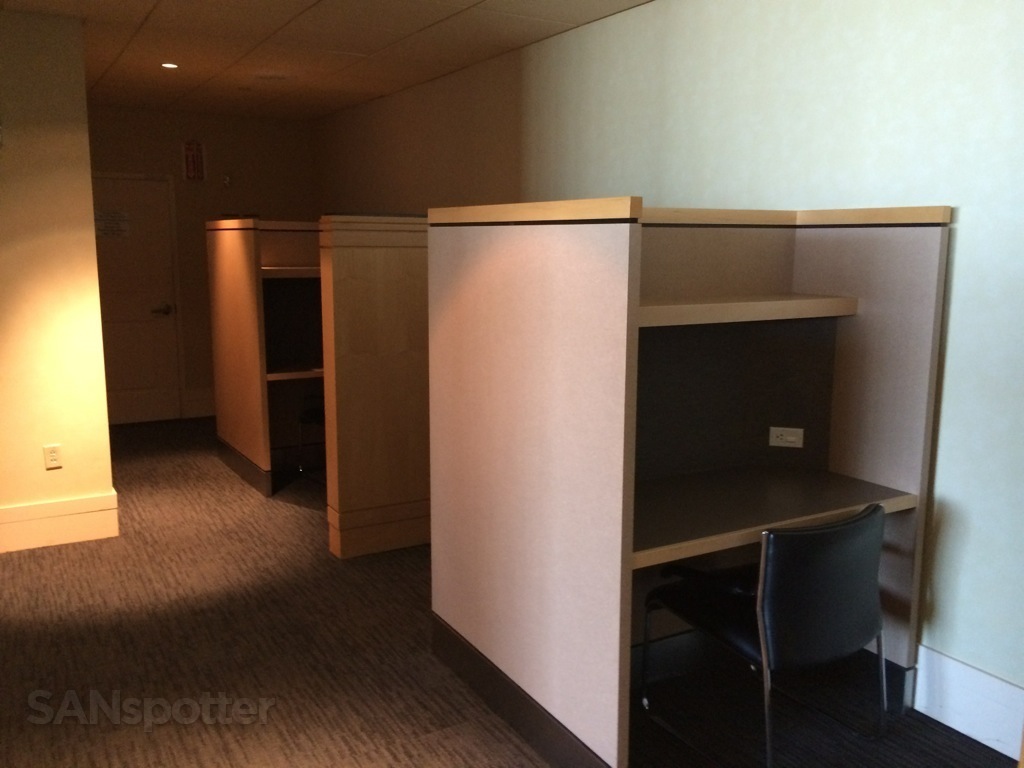 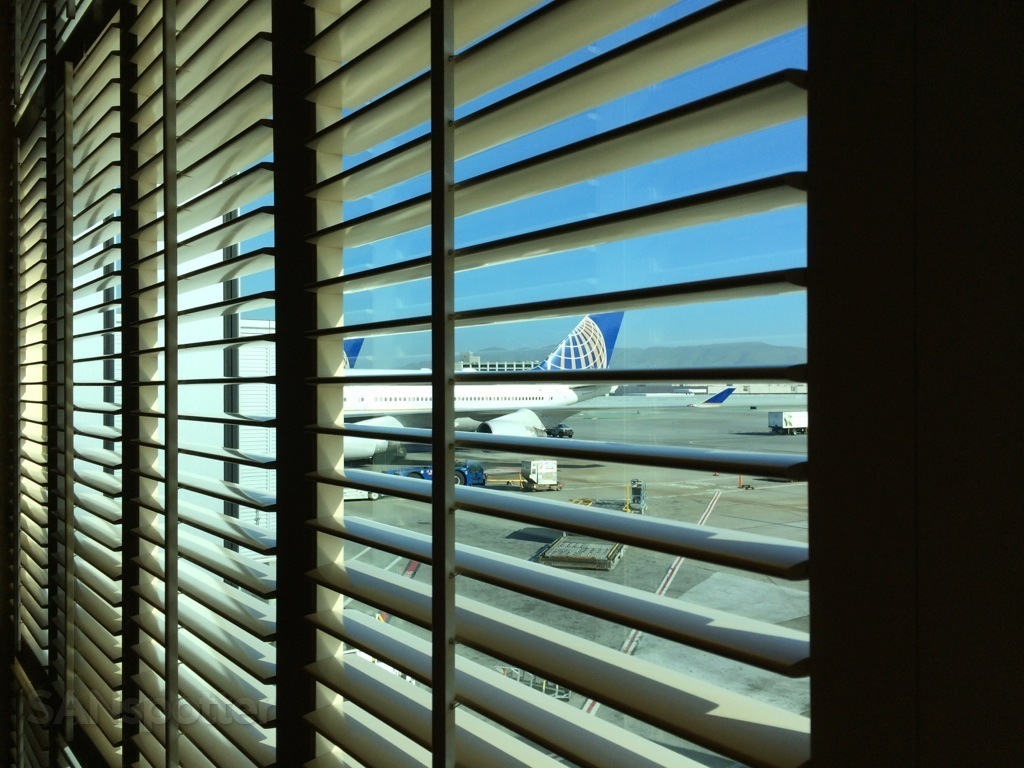 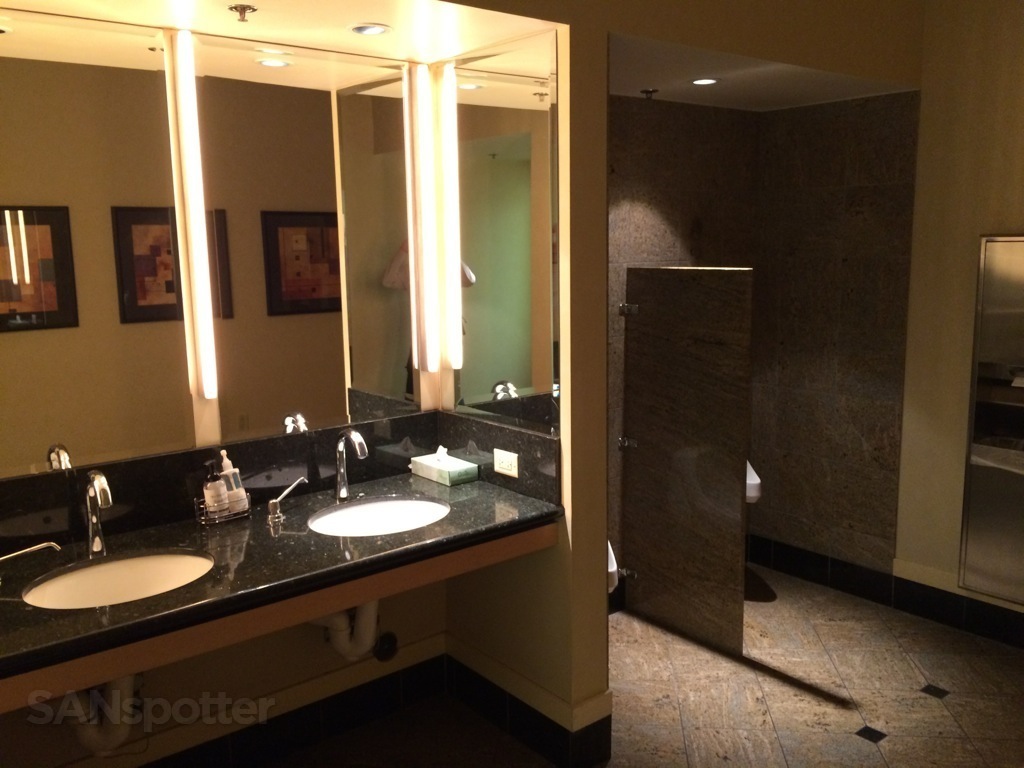 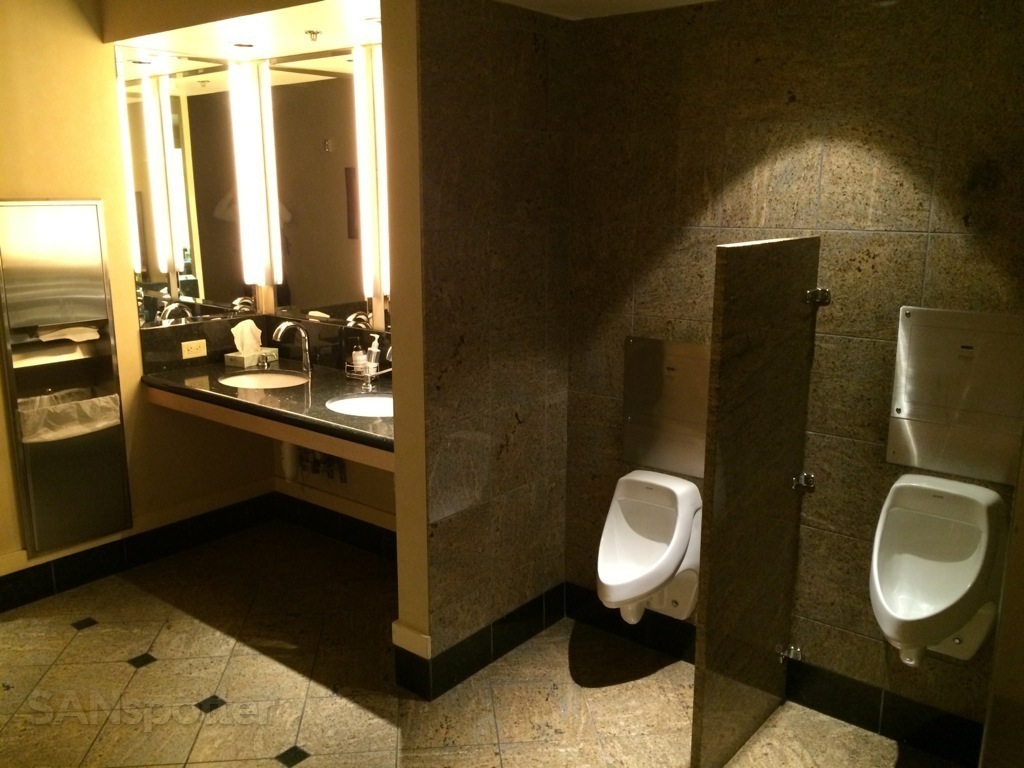 The best part of all this was the place was nearly empty the entire hour I spent inside. There were only two other people there whe I arrived (a father and teenage son), so it was total peace and quiet right up until I left. Suffice to say, this was a much better experience than our United Club visit last fall.