Normally when making a domestic to international connection at NRT, you need to go through a special security checkpoint and passport control station to gain entrance to the gate areas. It’s typically a quick and efficient process, and I’ve never had to wait more than 20 minutes to get through. Unfortunately, they couldn’t generate the NRT-LAX boarding pass for my wife in Hiroshima, so that meant that we had to exit the transfer area to go to the main check in hall.

Considering that we only had a little over an hour to make our connection, I was quite nervous to say the least. Especially since I didn’t want to blow my first chance at flying a 787! Of course I held all this in and tried to look cool and collected, because nobody likes hanging out with a rabid airliner geek. 🙂

The good news is that the lines at the check in counter were thin and we were able to walk right up to a kiosk to generate her boarding pass. Unfortunately, the kiosk wouldn’t let her do it and we had to request assistance from one of the agents. She punched in some secret codes, and ultimately received the same error. Uh oh – this didn’t look good. She then told us to wait while she took my wife’s passport and green card to another desk across the aisle.

Long story short, the UA system didn’t like the fact that her reservation was made with her maiden name, while her green card had her married name. It was easily overridden by the agent, but we thought it was odd considering we’ve been doing it this way for years without any issues. Perhaps they recently changed things? No matter, we still had time to spare so we quickly made our way through security and passport control to catch that 787 to LAX. 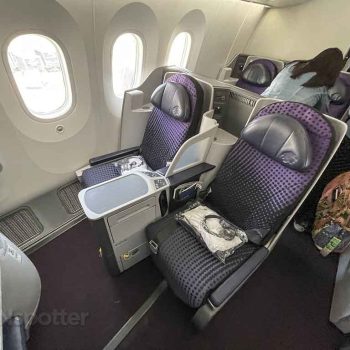 Proof that Aeromexico 787-8 business class is worth it 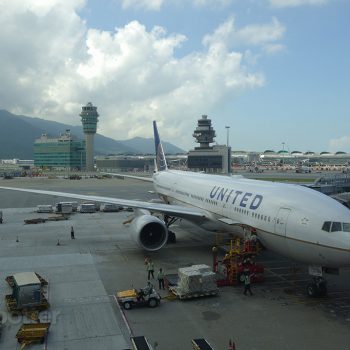