When it comes to early flights, there’s nothing quite like staying in an airport hotel that is connected directly to the terminal. I went from room to gate in less than 15 minutes, which kind of threw me off a bit because I wasn’t expecting to have to sit and wait very long for my flight in terminal A. I ended up getting to the gate with a bit over an hour to spare, which wasn’t so bad I guess, as it gave me some time to work on this trip report.

I also got to witness an entire boarding process for another Spirit flight that was departing at the gate adjacent to ours. One thing that I thought was interesting about it was that they allowed those who printed their boarding passes at home to board right after zone 1. Nice little perk! 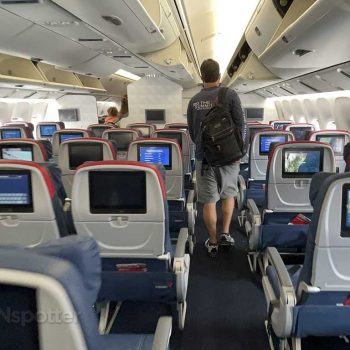