It’s always pretty easy flying in and out of West Palm Beach – the airport is a good medium sized facility, and it never seems to be very crowded – most of the time. My parents live about 15 minutes away, so I arrived at about 9:30am for my 11am flight to ATL.

I printed out my boarding passes the night before, but I did have one bag to check – so that meant that I had to drop it off before heading through security. Luckily the Sky Priority lane had only one person ahead of me so it didn’t take but a few minutes to check in the bag.

Security was quick as well – the priority lane wasn’t well marked at all, and I think I ended up in the normal line. No matter though, as I was through and into the main terminal (C) within minutes. Once again, it was a typically smooth check in and security experience at PBI.

Just like my last flight from ATL to PBI, I was disappointed to see that this flight had been switched to a 757-200 instead of the -300 that was scheduled when I booked these tickets. Those -300’s are rare, and I’ve been looking to add more to my flight log. The good news is that DL has scheduled daily -300 flights out of SAN to ATL at the moment, so I may get my chance yet.

The boarding process at gate C3 was a complete mess, as usual. There were so many people crowded around the gate that I decided to hold back and wait until things calmed down before getting in the queue myself.

I eventually boarded and found my seat at 5D, which just happened to be right next to the gentleman who was checking in ahead of me at the ticket counters. He was on his way to Rome this day, a trip he said that he makes once every six weeks – so this PBI-ATL flight is one that he knows well.

We lifted off runway 9R just a few minutes behind schedule, and I initially passed the time writing this here trip report. I’ve mentioned before that I’m not a fan of talking to my seatmate on any flight, but unfortunately, this guy wouldn’t get the hint. He was a really nice older gentleman in his early 80’s, and he did seem kind of interesting – so I eventually gave in and put my iPad away and chatted with him for most of the flight.

Because of that, I didn’t bother taking any more pics during this flight. I always feel awkward doing that, and I didn’t want to have to explain why I do it. It’s not that I’m ashamed of writing trip reports, but I know it’s seen as weird to others, and I wasn’t in the mood to explain it at the time.

We landed about 10 minutes early and docked 10 minutes later at the B concourse at ATL. 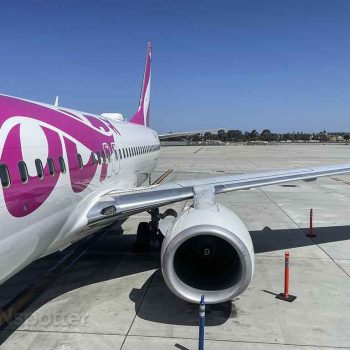 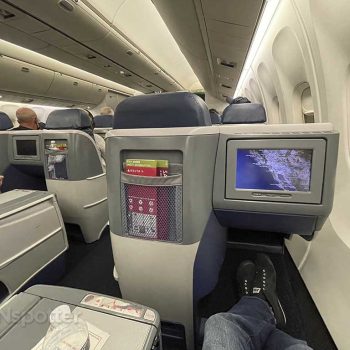 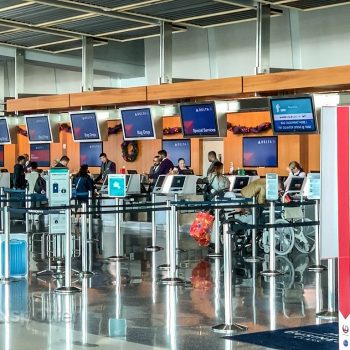