30 minutes prior to boarding our flight to Hiroshima (HIJ), I bonked. I’ve done this trip countless times with my wife in the past, and my tiredness level by the time we get to NRT varies from year to year. This time, I was fighting to stay awake as we waited to board the flight. So – while I napped, my wife browsed the shops.

Our flight to Hiroshima was from the departure gates on the ground floor of the terminal, and upon boarding being called we would all board a bus (or two) and be driven out to a remote gate. I don’t mind this as much as others do, due to the fact that I am a huge airplane geek and I love getting a close-up look at all the big 777’s, 787’s, and 767’s parked around NRT.

Our flight this evening on NH3237 would be on an A320, which is a major upgauge from all the other times we have taken this flight. It’s always been a regional jet (CRJ-200 or -700) on ANA’s regional partner (Ibex), but this time it was a mainline single-class A320. It was nice to not have to cram into a small regional jet after the long trip from the US!

The load factor on this flight was probably 50%, so even though we were in economy, there was plenty of room to spread out. I had seat 18A, and my wife was in 18C. We both slept like logs for the 1:10 flight to Hiroshima, skipping the in-flight service. I did find it a bit annoying, however, that they left the cabin lights on for the entire flight (it was already dark outside). Also, the PA speaker was directly above my head. Any sleep that I did manage to achieve was of very poor quality. 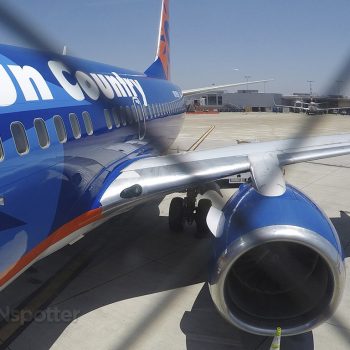 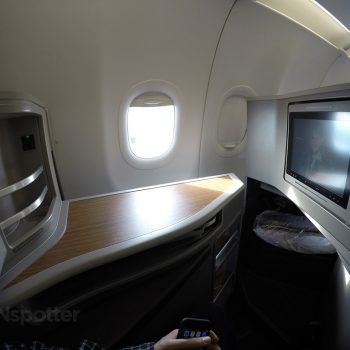