Can you believe it? JetBlue is flying to London! Personally, I never would’ve thought that this would ever come to fruition. I mean – remember back in the year 2000 when Jetblue first came onto the scene? I don’t either, but I vaguely recall that it was launched as “feature-rich” carrier featuring perks such as live TV at every seat and Sirius XM Satellite radio.  They promised to do things differently than the legacy carriers of the time.

I didn’t care of course, since I wasn’t flying much back then and I would’ve sold my soul to obtain more Northwest Airlines points. I don’t want to say I was a WorldPperks whore or anything, but describing it any other way wouldn’t accurately portray my loyalty to Big Red.

In other words, JetBlue sounded like a really neat concept. But I couldn’t earn Worldperks points by flying with them, and therefore – they were dead to me.

From a niche carrier to one of the best airlines in the US: the explosive growth of JetBlue

As I spent the early 2000s amassing a large stash of WorldPerks points, I noticed other airlines scrambling (not very gracefully) to be just like JetBlue.  United started a low cost carrier called Ted. Delta swung for the fences with a sub-brand called Song.

In the end, the legacy carriers admitted defeat and realized that it was going to be impossible to kill off JetBlue. As much as they hated JetBlue’s guts, they had to accept the fact that they were here to stay.

Then, in 2013, JetBlue did something that seemed crazy to me at the time. They introduced a lie-flat business class product on a subset of their A321 fleet, called it “Mint”, and basically told Delta, American, and United to pound sand. To everyone’s surprise, JetBlue aggressively entered the premium transcon market. A market that had been stagnant (and excessively overpriced) for decades.

By this time (thanks to that horribly depressing buyout of Northwest Airlines) I was a Delta flyer. SkyMiles were my new thing. I didn’t want no stinking JetBlue Mosaic points, and I still wasn’t a believer in what they were trying to do.

It sounded super-aggressive and nothing short of wishful thinking. Being the expert travel blogger that I thought I was, I gave them 2 years before they failed. Three years, tops.

Fast forward ten years, and JetBlue pretty much owns the US premium transcon market. Not in terms of the number of flights and overall seat capacity, but in terms of having the best premium seat experience.

Go ahead. Put down your phone, turn to the person next to you, and ask them what their favorite business class seat is between New York and Los Angeles. Or Boston and San Francisco. $20 (and a free SANspotter t-shirt) says that “JetBlue Mint” is the answer you’re going to hear.

If you’re curious, I recently wrote an in-depth JetBlue vs Delta comparison which will help to explain why they are doing so well.

So. In summary so far:

See where this is going? When JetBlue sets off to do something, they tend to do it very well. And the *really* exciting thing is that they are about to do it again – but on a much bigger scale.

This time, they’re setting off across the pond to make British Airways and Virgin Atlantic squirm. The kind of squirming which usually happens when your doctor comes at you with a rubber glove…

Long story short, JetBlue announced transatlantic service back in April of 2019. The details were thin, but the point was that they were planning on launching flights out of New York and Boston to London sometime in 2021.

What London airports will JetBlue serve?

Even though details were thin when they announced their intentions to serve London, there was speculation that they were targeting Heathrow Airport (LHR) above all else. The rumors were getting serious around the September 2020 timeframe, with several outlets reporting that JetBlue had indeed secured a handful of slots to serve that airport.

Unfortunately, those rumors fell through and it is likely that JetBlue’s first London destinations will be Gatwick Airport (LGW) and Stansted Airport (STN). While not a complete deterrent to the success of their London routes, not being able to access LHR (for a while at least) will likely make things more difficult.

From London, the US gateway airports are likely to be New York (JFK) and Boston (BOS).

What aircraft will JetBlue fly to London?

JetBlue has ordered a total of 13 Airbus A321LR‘s, and these will be the aircraft dedicated for London flights. These aircraft, with a range of 4,700 nautical miles (8,700 km), will be more than enough for East Coast United States to London.

Keep in mind that westbound flights will face stiff headwinds from the jet stream (especially during winter months), so having an aircraft that can withstand longer flight times and increased fuel burn certain times of the year is important. The A321LR is the perfect aircraft for this route. Unfortunately, it isn’t useful for much anything else in JetBlue‘s current network.

Although quite stout, it’s not capable enough to fly between the United States and cities deeper in Europe such as Paris and Frankfurt.

The interesting thing is that the airline also has 13 A321XLR is on order, which is a longer-range variant of this same aircraft. This seems to imply that JetBlue is it looking to expand beyond just London in the coming years. It’s going to be really interesting to see what routes they put those aircraft on.

All the reasons why JetBlue London service will be a success

This announcement was massive. On one hand, it was almost as if you could imagine every other airline who serves East Coast US and London routes clenching up – just as if the cold rubber glove was getting closer.

On the other hand, there were an equal number of haters who immediately blew this off saying things like the market is far too saturated and they don’t stand a chance.

But. Haven’t we seen this before? I (and many others) blew JetBlue off in the early years because they were a small carrier without the backing of an alliance or codeshare partnerships with other airlines.

That didn’t stop them, and their growth was explosive. The legacy airlines (the ones with really deep pockets) spent billions of dollars altering their business models to compete with them. They failed.

The Mint business class product disrupted the industry by undoing the crusty and stale things that the other crusty and stale airlines had been doing things for years. Enough so that they now own the premium US transcon market.

How can we not assume that, once they enter the New York and Boston to London market, that they won’t be making all the other airlines panic?

How will transatlantic carriers respond to JetBlue?

If I had to guess, I’d say that the way the legacy carriers will react to JetBlue will be by flooding the new routes with added capacity. You just know that British Airways isn’t going to allow someone new to come in and try to knock them off their throne without a fight.

They’ll flood the New York and Boston to London market with excessive capacity and low fares, thinking that will be enough to keep people from flying JetBlue.

But let’s be real here. That’s such an old school way of fighting off a competitor. What good is flooding a market with added capacity and low fares if the product isn’t competitive?

I know. Most people choose flights based on price. However, the New York to London market has the highest density of business travelers anywhere in the world. Those are the kind of travelers who will pay more for a better product.

Adding capacity with lower fares without bettering the product to fend off competition is perfectly fine on leisure routes such as Regina to Vancouver, for example. However, I don’t think it’s going to work on the New York to London market, and besides…that was a perfect excuse to get Regina into this article somehow.

So what do you think? Am I a total idiot? I mean about this jetblue thing. Not “in general.” I’m so stupid that I’d probably climb a glass wall just to see what was on the other side…

Anyway, I’m going to go on record as saying that JetBlue will be the #2 player in the New York to London market within 10 years. Maybe even #1 if they can find a way into LHR. It’s true that they may not be able to knock the crown off of the head of British Airways, but if I were any other airline, I’d be worried.

Especially since those shiny new A321LRs are going to feature an all-new Mint product. That and the fact that JetBlue has got a cult-like following, which has proven time and again to follow and support them wherever they go. It’ll be interesting to watch, for sure. 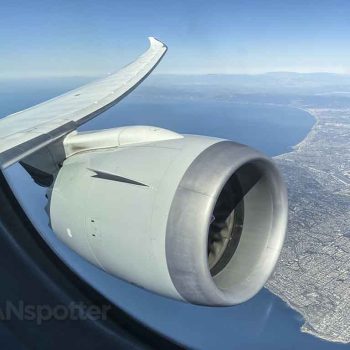 The best domestic airlines in 2022 (a frequent flyer’s opinion)