Home
Airline Industry Talk
Is Boeing a buy? My thoughts on investing in the commercial aviation industry:

Has it really come to this? Am I so strapped for content ideas that I’ve resorted to schlepping financial advice in a last ditch effort to keep this blog alive? Not exactly. But I’m getting close. Anyway, the COVID-19 situation has put me a pinch on me (and other travel bloggers) for sure, but the good news is that it gives me an opportunity to answer some burning questions that seem to be on everyone’s mind. The one that I want to address this week: is Boeing a buy?

I’m talking about Boeing stock of course (ticker symbol BA), and the TLDR answer to this question is: absolutely not! Not now, not next week, and not even a year from now. Both Boeing and Airbus are in very difficult positions at the time of this writing, and the future looks bleak for both companies. Especially Boeing.

Never in my life have I seen Boeing in such a tough spot. They’ve got pressure coming at them from all directions, some of it of their own doing. As far as I’m concerned, these are their four biggest problems at the moment:

As we all know, the 737 MAX was grounded in March 2019 following the crashes of Lion Air 610 and Ethiopian Airlines 302. Boeing has been under immense pressure ever since then to identify and fix the faults of this aircraft. I suggest reading this article from Business Insider which summarizes everything quite nicely.

Not only that, they’ve got to go through the entire re-certification process all over again. That itself has proven to be incredibly difficult thing to do, especially with all the extra scrutiny that has been put on Boeing and the MAX. Making matters more difficult is that they keep finding issues which delays the road to re-certification.

On top of all this, the COVID-19 situation has turned the aviation industry on it’s head. Very few airlines want to take delivery of new aircraft at this time, and Boeing is sitting on a huge stockpile of 737 MAX’s which have already been built. Every single one of these airplanes are awaiting repairs / updates, and it will be a monumental task to go through them one by one once the airframe is re-certified.

Will airlines back out of their 737 MAX orders? Can Boeing even continue building new planes due to so many disruptions in the supply chain due to COVID-19? It’s a mess all round, and there just doesn’t seem to be any light at the end of the tunnel.

2. A lack of commercial aircraft orders

It’s not just the 737 MAX that is causing problems for Boeing. With demand for travel down nearly 90% year-over-year (with no end in sight), the market for new aircraft has essentially ground to a halt. Both Airbus and Boeing are likely to have few major orders for commercial aircraft coming in over the next several years, which puts both of them in a very difficult spot.

If this wasn’t enough to make you think that Boeing stock isn’t a buy, keep reading…

3. They’re way behind on the development of the 797

It’s not like I want to keep talking so negatively about the 737, but the fact of the matter is it’s causing a lot of problems for Boeing. Case in point: the next generation aircraft (to replace the 737) has been delayed yet again. There are two primary reasons for this:

This is a very dangerous game to be playing in my opinion. Commercial air travel will recover eventually, and it’s in Boeing’s best interest to be ready with a highly-competitive next generation single-aisle aircraft to compete when demand returns. They are essentially kicking the can down the road even further than they already have with the aging 737 platform.

4.The dividend has been cut

Talking about Boeing stock specifically, it’s important to note that they have just cut the dividend by 100%. I’m not a genius when it comes to investments and stock investing, but I do know that I like solid companies which pay out quarterly dividends. Boeing stock has always been attractive in this regard, as it has been posting decent dividend increases year over year since its inception.

I might have been tempted to buy Boeing stock if they were still paying out a dividend. But now? No way. They’ve got a long (and tough) road ahead of them, and I just don’t see any possible way to get any returns on my investment over the next 5 to 10 years. Boeing is most definitely not a buy right now.

Isn’t Boeing considered to be “too big to fail”?

One of the main reasons why I see so many people recommending Boeing as a buy for their stock portfolio is that they are considered to be “too big to fail”. From a national defense point of view, Boeing absolutely needs to exist. They are the sole supplier of aircraft for the US military, and it would be inconceivable for the US government to purchase foreign-made aircraft for its military.

That reason alone is why Boeing will never go out of business. However, I am of the opinion that it’s not too far fetched to believe that they couldn’t dissolve it’s commercial aircraft division. Especially in tough economic times like we are in here in 2020. Airbus (and all of the other smaller aircraft manufacturers around the world) could easily handle all of the demand for new aircraft orders for the next 10 years or so.

Boeing will never go out of business. The US government will make sure of that. However, there’s no reason why they couldn’t trim their business significantly if things get really ugly.

Most of you don’t know this, but I’ve always been fascinated with stock trading. Although I’ve never purchased Boeing stock in my life, there has been plenty of times over the years where I’ve asked myself if it was worth buying a handful of shares for my long-term portfolio. However, never in a million years would I touch Boeing stock now. Even if they are likely to get a government bail out which would keep them afloat.

I’ve seen a lot of chatter all over the Internet for the past few months from newbie investors. The stock market has been on a wild ride both up and down, and it’s attracting a lot of new money to the markets. The scary thing is that I’m seeing a lot of those newbie investors saying that buying Boeing is one of the “safest” investments possible at the moment.

“But the government won’t let them fail!“ they scream.

Ha! Yes, I agree that the government will do everything within it’s power to keep Boeing alive. However, it doesn’t mean the investors are safe. In the event of a bailout, it’s highly likely that the government would want to take a stake in Boeing in exchange for the cash injection. Just as they did with the US auto makers in 2009.

This involment may require a restructuring of the business, which could potentially mean wiping out all existing shares and issuing new ones.

All existing shareholders at that point would lose everything – even though the company remains in business and keeps chugging on like normal. That’s essentially how chapter 11 bankruptcy works, and any big bailout from the government has the potential to change the fundamentals of the business so much that the shareholders will get nothing.

What needs to happen in the short term for Boeing to be considered a buy?

To be honest, there really isn’t much. The 737 MAX situation is bad, and at the time of this writing there doesn’t seem to be any hope for getting it re-certified anytime soon. I’m confident it will happen eventually (it’s first test flight since the grounding was today actually), but the longer this drags on the more damage it is going to do to the Boeing bottom line.

If that wasn’t bad enough, there’s the “other” issue of the entire airline industry being in a decimated state due to COVID-19. Airlines around the world are shrinking more than they are growing, and the likelihood of any substantial aircraft orders coming in over the next few years are slim to none.

Boeing stock has always been a risky proposition in my mind. In hindsight, I guess I didn’t realize how good the company had it for so long. Things haven’t been all that bad prior to 2019. They had plenty of money coming in, growth was right on target, and they were keeping their investors happy.

I don’t see anything happening within the next 2 to 3 years that would convince me to purchase Boeing stock.

Is Boeing a buy for long-term investors?

Long-term, it’s likely that they will recover from this and they’ll be back on their usual growth trajectory. If I was forced to buy Boeing stock today (for long-term growth), I would do two things:

If I was feeling risky and somewhat courageous, I might be able to convince myself to purchase a large number of shares on the bet that everything will turn out rosy and the stock will continue growing within a few years. To hedge that bet, I’d buy a handful of out-of-the-money puts that would protect the majority of my investment if things go sour.

For those that don’t know, buying put options is essentially betting that the stock price will go lower by a certain date. Since I’m the last person you want to be taking investment advice from, and this isn’t not a stock trading blog, I’d like to refer you to the Investopedia article on options trading to get a better understanding of what I’m talking about.

What about other airline and aviation stocks?

Since I’m doling out investment advice today, I suppose that it couldn’t hurt for me to explain to you all the reasons why I am not interested in buying ANY airline stock at the moment:

That last point is the one that keeps me from buying any airline stock at the moment. Sometimes late at night (when I’m really bored), I peruse the Reddit stock market discussion. Over and over again, I see posts from individual investors claiming how good of a value US airline stocks are right now.

“They can only go up from here!” they cry. Actually, no they can’t. While I do agree that most of the bad news of a horrific economy has been priced in, most fail to understand what chapter 11 bankruptcy can do to shareholders.

And let’s face it: haven’t we all learned our lesson by now about how airlines use Chapter 11 bankruptcy to fix all their problems? Nearly every major US airline filed for bankruptcy in the early 2000‘s, since not doing so would’ve put them at a financial disadvantage to those that did.

I am staying away from any stock related to the commercial aviation industry for a while. How about you? 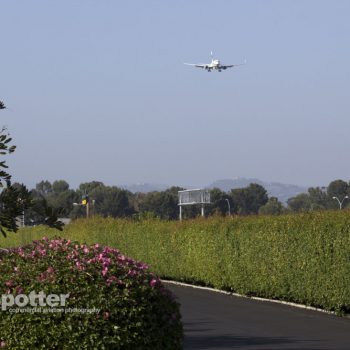 Problem solved! These are the BEST aviation gifts for her: