The past seven days have been, without a doubt, the weirdest I’ve experienced in a very long time. Entire countries are shutting their borders, the airline industry is collapsing right in front of our eyes, and it’s been raining here in San Diego nearly the entire time with no end in sight. This is crazy!

Anyway, now that I’ve overdosed on Twitter (updating my feed every five seconds to inhale the latest news), I figured it was a good time to pause for a second and give everyone an update on my current situation. Not that I feel like I’m extra special or anything, but as you know, travel is my job and it’s what I depend on to put food on the table. Here’s what’s been happening in my world lately:

As you might expect, travel-related blogs and YouTube channels are doing quite horribly at the moment. Search volume for travel-related topics have fallen through the floor, and I’ve never seen anything quite like this.

My YouTube channel is down roughly 30% on both views and revenue. My blog however, is taking the brunt of it. Since SANspotter.com consists mostly of airline reviews, I am seeing daily traffic declines of up to 60% compared to what they were just one month ago. Nobody (and I mean nobody) is searching for written airline reviews at the moment.

I guess the lesson learned from all this is that I need to diversify my content a bit more. This website has never been about airline news, and I’ve always put the primary focus on sharing my travel experiences and giving unbiased advice. I guess I got burned by being so narrow-minded.

I also suppose that I could get a nice bump in traffic by covering all the coronavirus-related airline news, but that’s just not what I do (and it’s not a business-model I’m attracted to). I’m hardly qualified to be reporting on the latest news anyway – especially health related news – so you won’t see any of that here. You’re welcome.

I’ve canceled all of my upcoming travel plans

This one really hurts. I’ve been traveling very heavily for the past two years now, and for the first time since I was laid off from my corporate job in May 2018, I’m faced with the reality of being at home for a while.

I had a trip planned to St. Maartin for later this month. It included a ride on a very rare Delta Air Lines A330 out of San Diego (an aircraft / airline combo not normally seen at SAN), and I was very much looking forward to the experience. However, American Airlines canceled their portion of the itinerary on me (did you read my recent Delta vs. American comparison?), so I took that as a sign that I need to be responsible and stay home. Not only to protect my health, but to protect the health of others around me. It’s the right thing to do.

I also had a trip that I was putting together to Japan for late April. I haven’t booked anything for that one yet, but I about to right before things started getting ugly here in the US. That trip is on hold indefinitely now, and for the first time since I can remember – I have no travel planned. At all.

Yes! After the video that I will upload to my YouTube channel today, I’ve got four more videos still to edit and upload. The problem is that nobody knows how long the coronavirus crisis is going to last, and I got a sneaky suspicion that four weeks worth of content isn’t going to be enough to keep the channel going as normal.

As of right now, I suspect that two things will happen:

As far as the blog goes, I will be maintaining my once-per-week posting schedule as usual. As I’ve already mentioned, I need to start thinking about other types of airline and travel-related content that aren’t necessarily airline reviews. However, I am sitting on a huge backlog of airline reviews that I need to write still, so it’ll probably be a mix of things for the next several months.

Doesn’t it feel weird posting airline reviews right now when nobody is traveling?

You bet it does. as a matter of fact, I was scheduled to post my written review of the Singapore Airlines A350 business class experience from Singapore to Los Angeles today. Instead, you’re getting this drivel.

Later today I will post my video review of the Japan Airlines 787–8 economy class flight I recently took from San Diego to Tokyo. It feels weird to be prepping another video for upload. And scary! Based on the abysmal performance of my last video (Starlux A321neo business class), I can only imagine how bad the numbers are going to be on this one…

I’m not even sure that I would’ve uploaded it today if it weren’t for the fact that it had sponsored content in it. The deal with my sponsor had been in place for several months now, and they were expecting a video posted today. Talk about bad timing, right?

What’s next for the SANspotter brand?

As far as I know, it’s going to be business as usual. I’m not going anywhere, and I’ll still be posting content no matter if I’m traveling or not.

Never in a million years would I have expected the entire travel industry to implode as much as it has over the past two weeks. It’s a pretty lousy time to put the corporate life behind me and go full-time as a travel blogger, right? Ugh…

If there’s any good news in all of this, it’s that I’ve always been a bit of a worry wart. Knowing that nothing lasts forever and things can change at a moments notice, I’ve always been working on side projects outside of the SANspotter brand. I do have money coming in from other projects, so it’s not like I’ve been totally wiped out in this mess. I’ll be OK.

Even then, all of this leads me to believe that maybe I shouldn’t be thinking of this SANspotter thing as my primary gig anymore. Of course I’m always going to devote most of my time to it since it’s what I am most passionate about, but I do need to keep working on my other side projects I think.

I view my businesses as investments, and even if I have to spend a few less hours on making SANspotter content every week, I’ll still be benefiting from my efforts elsewhere.

Don’t worry though. I’m not going anywhere, and I’d still be making airplane videos and blog posts even if I wasn’t making a dime doing it.

Stay safe out there! Things might get worse before they get better, but if we all work together we can pull through this relatively quickly. 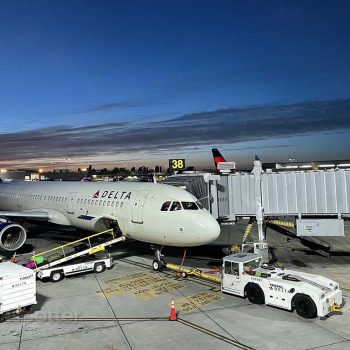 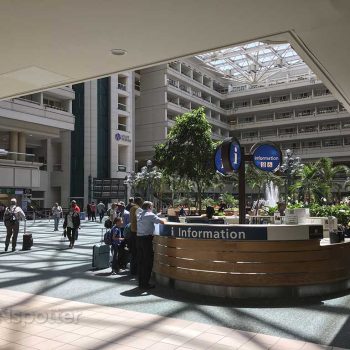 Can you do a short layover in the Orlando airport (without having a panic attack)? 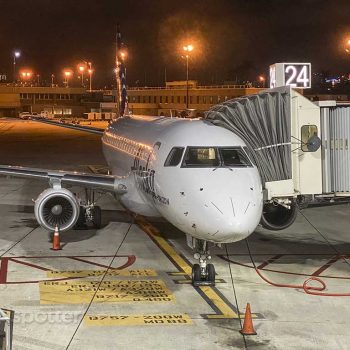