Although I’m no rookie to air travel, China Southern Airlines reviews have been notably absent from my blog for longer than I care to admit. I travel to China at least once a year, and being one of the country’s largest air carriers, even I am surprised that I have managed to avoid them for as long as I have.

Spoiler alert: the “f-g-l-t-o-w-m” keys on my keyboard were still completely functional after I finished writing this review. Yup – I actually didn’t have to use as many lol’s, wtf’s and omg’s as I thought I would!

Even though I said in the intro that this experience wasn’t as shocking and unexpected as I thought it was going to be, I still had some difficulty scraping up enough content to put together a video review of this flight. I am not one to make excuses or anything, but it was really dark, really late, and I was really tired (especially since I had just got off a 14 hour flight from Los Angeles). I did what I could.

Despite my difficulty in putting together this review, finding the exact music I wanted for it was effortless. Thanks to the vast music catalog over at Epidemic Sound, I was easily able to find a few tracks by J.F. Gloss that fit perfectly with the dark and lazy vibe of my footage.

Full transcript of my video for this flight to Guangzhou (with pics!)

Hey everyone, my name is Scott, I’m the founder and author of SANspotter.com, and I’ve got the post-international business class / pre-coronavirus blues.

The boarding process for China Southern flight number 3585 to Guangzhou

A few pics of the departure sequence

The arrival into Guangzhou

How much did I pay for this China Southern flight to Guangzhou?

To be honest, I’m not really sure! Well, technically, I paid 85,000 Delta SkyMiles for this flight – but that sounds really bad (and embarrassing) when saying it like that. I’m not lying though. I did have to shell out nearly 100K frequent flyer points to get a seat on this cramped A321 down to Guangzhou.

You see, this was the second leg of my one-way 85,000 mile business class award from Los Angeles to Guangzhou that I was able to snatch up on the Delta website. The first leg (LAX-PVG) was in China Eastern 777-300/ER business class, but my only option for the second segment (PVG-CAN) was in China Southern Airlines A321 economy. Not the most ideal situation, but it was a short flight anyway so I didn’t mind so much.

As I mentioned in the post about that China Eastern flight, I paid exactly $135.30 in taxes and fees for this ticket. I earn most of my airline points via the American Express Platinum and Blue Business cards. I get 5X points on all airfare spend with the Platinum, and 2X points on everything else with the Blue. It’s a rather potent combination for a frequent flyer such as myself. The points add up fast!

The American Express Platinum Card Sign me up!
Note: I may earn a commission if you make a purchase, at no additional cost to you.
What I use for everyday spend

The American Express Blue Business Card Sign me up!
Note: I may earn a commission if you make a purchase, at no additional cost to you.

Pros and cons of China Southern Airlines A321 economy class

I usually jot down a lot of notes as I travel, helping to ensure that I remember the little details about each of my flight experiences. The funny thing about this particular china southern experience was the fact that I returned home with a long list of cons and exactly zero pros. Maybe it was because of the fact that I had been awake for 36 hours as I stepped onto this airplane?

However, to be completely fair and impartial, I was able to think of a few more good things about this flight that are worth noting. In hindsight, it wasn’t completely miserable.

The most important thing for you to know is that China Southern Airlines economy isn’t all that bad. But they aren’t all that great either. As long as you go into it knowing that it’s not much better than basic transportation, you’re likely to have a decent experience.

You know me. Because I want to make one of the most thorough and helpful China Southern Airlines reviews possible, I’m going to end this one with a detailed list of frequently asked questions (FAQ’s).

Not only are these questions that I’ve been asked directly from my subscribers on YouTube, but they are also questions that I was asking myself before getting on that plane. I really wish I would’ve known some of the stuff before hand. It wouldn’t have made the flight any better, but at least it would’ve helped me to set my expectations straight and there would have been no surprises.

How uncomfortable is China Southern economy class for anyone over 6 feet tall?

With a seat pitch of only 32”, it’s not going to be comfortable at all. The best way to describe it is to make a comparison to other airlines that you may already be familiar with: For those in the US, it’s very similar to what it’s like on Spirit. If you’re from Europe, imagine it being just like EasyJet.

Do they serve free meals in economy class on China Southern Airlines?

Yes. Note that it’s nothing very substantial, but it is free. For this flight from Shanghai to Guangzhou, we were served a hot bun / dumpling filled with “beef”. This is obviously more hearty than the usual peanuts and pretzels you get on US/European airlines, but I do have some doubts about the quality of the meat they stuffed inside of that thing. Speaking of which:

How was the quality of the meal?

While most other China Southern Airlines reviews will simply tell you that “the food was terrible”, I’m going to the one step beyond and quantify it with a number. It’s the SANspotter way!

What is the baggage allowance in China Southern economy?

China Southern allows 2 pieces of checked baggage for economy class passengers, which must not exceed 50lbs (23kg) each. The fee for going over that weight is CNY230 (approximately $33US). Click here to see the latest baggage allowance information.

This is something that I’ve never seen discussed in other China Southern airlines reviews, so I’m just gonna use this opportunity to voice my opinion on the matter. No, it’s not anything specific to this airline, but it certainly applies (quite well actually).

My opinion is this: of all the economy class flights I’ve taken on Chinese airlines over the years (Sichuan Airlines and Hainan Airlines for example), I’ve never found the overall vibe of my fellow passengers to be rude and arrogant. As a matter of fact, I generally find people on domestic flights in the US to be the most rude and arrogant.

Anyway, the only time that I’ve ever noticed rude/arrogant passengers on Chinese flights is during the de-boarding process. People in China generally aren’t as courteous and polite when it comes to letting people go ahead of them, so stepping your foot out of your row and into the aisle to get off the plane requires both confidence and aggression.

A321 CAN China Southern PVG 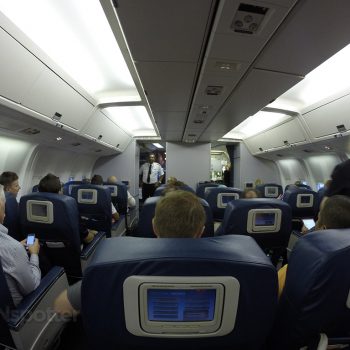 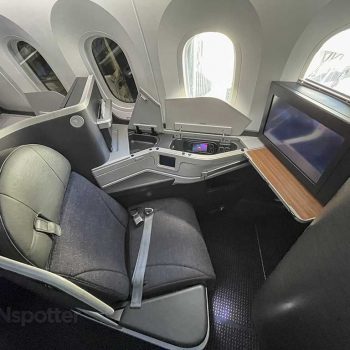