Home
Travel Discussion
Can you fly with a warrant? How will they know if you do?

I think I’ve been watching too many crime-based movies lately. It’s been keeping me up at night, and I’ve got tons of questions swirling around in my head that I’m dying to know the answers to. For example, if you’re in trouble with the law, can you fly with a warrant? Well, I just did a ton of research on this, and what I found was interesting:

Technically speaking, you can fly with a warrant in most situations. However, there are travel restrictions for some types of crimes, but not others. It’s vague. For example:

Basically, it all comes down to this: when a scruffy sheriff looks you dead in the eye and says “don’t leave town”, it’s probably in your best interest not to get on an airplane. As far as I can tell, there is no law against them putting you in cuffs for trying to skip town for a simple bench warrant, but you’re pushing your luck.

Then again, if you’ve got a warrant against you for drug crimes, chances are pretty good that you’re a free spirit and everything I’m about to write won’t keep you out of the airport anyway. In that case, rock on, and start asking yourself more important questions such as: do airport scanners detect drugs?

Everything you need to know about flying with a warrant

This is probably the only time in the history of SANspotter.com that I felt frustrated for not having any direct experience with the topic I’m writing about (at least not yet anyway).

That being said, this is an interesting subject for me and I’ve spent the last day and a half trying to make sense of all the rules and regulations about warrants and flying. If anything, at least I have a much better idea what to expect if I ever find myself on the wrong side of the law. Here are all the nitty-gritty details:

Flying domestically with a warrant

Taking a domestic flight is not expressly forbidden for people with warrants. But an outstanding warrant is a thing that can bite you at any time and you need to take it very seriously.

I mean, most people know a least one person who got pulled over for rolling a stop sign and ended up in jail because they had an outstanding warrant.

While the police aren’t out trolling for people with outstanding warrants, they can (and will) use that as an excuse to haul you in if they have the opportunity to do so.

The very same thing can happen at the airport as you try to board a plane. Is it unlikely? Yes, because:

There are plenty of ways to get nabbed at the airport before boarding a flight though. For example:

In summary, taking a domestic flight with an outstanding warrant is not expressly illegal, but it can be considered a risky proposition. Proceed at your own risk.

Flying internationally with a warrant

Taking an international flight is a little (ok, a lot) more complicated when you’ve got a warrant. While there is no law saying that doing so is illegal, some crimes and charges will get a person legally barred from international travel via flying (or any other mode travel).

Attempting to sneak in and out of the country, lying to airport officials about your warrant and/or criminal status, and falsely responding on Form DS-11 are all crimes. Even if you can fly internationally with a warrant, you open yourself up to more legal problems if you do any of those things in the process.

What happens if you get caught trying to fly if you have a warrant?

This is where things get a bit muddy. Suppose some airport official happens to have read in the paper that morning that you have a warrant for your arrest (props to you for committing a crime so big it made the local news). In that case, he or she has caught you trying to fly with a warrant. But there isn’t much they can do.

They could call the police and tell them you’re there, but if they showed up to arrest you, it would be for the warrant itself and not because you broke any law by trying to fly from Atlanta to Boise.

Again, however, having a warrant means that the police can scoop you up any time or any place they find you. Technically, if an air marshal is seated next to you on the plane and learns of your warrant, he or she could arrange to have police waiting for you at the gate after the plane lands (which again would likely be enough to get you on the local news). If you’re feeling sneaky and want to prevent this from happening, you might be interested in learning how to spot an air marshal.

But remember – you can be arrested for the warrant itself, not for traveling with that warrant.

Conversely, if you have a more serious charge against you (such as drug trafficking and the like) traveling with a warrant will get you in much bigger trouble. If a court has explicitly told you not to travel, that admonition acts like a law in your case, and you can get arrested for violating it.

Some final thoughts about flying and warrants

I don’t mean to sound preachy, but it’s my blog and I’ll say what needs to be said: If you have an outstanding warrant, it is plainly irresponsible to let it languish. Most adults recognize that ignoring bad news or uncomfortable situations won’t make them go away – and by doing so, it often makes them worse.

Case in point: A jaywalking ticket (a fine of $1 in some cities) that goes untended can lead to a bench warrant getting issued.

At that point, you can be arrested. Which means handcuffs, the back of a police car, fines, and most importantly: no flying! Well, transporting prisoners on planes is a thing, so I guess it’s not totally out of the question. 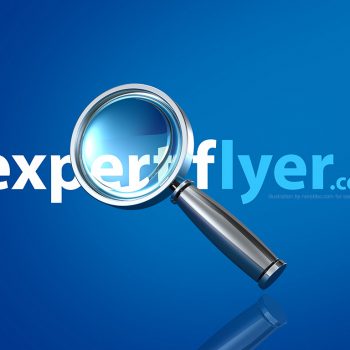 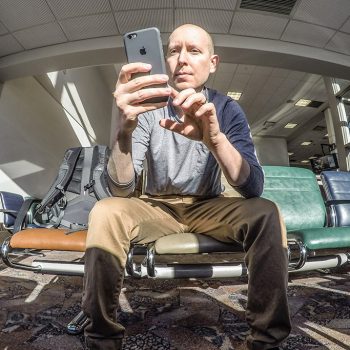