Home
Airline Industry Talk
What’s so dang special about the Airbus A220?

The Airbus A220 (uh…I mean the Bombardier C Series) is arguably the most important aircraft design of the last 20 years. Thanks fo the fact that many airlines are currently facing the problem of massive over-capacity on most routes, It’s entry into the market is likely to go down in history as being timed dead-nuts perfectly. Well, it may not be referred to exactly like that. But you know what I mean.

Things are changing fast in the commercial aviation industry

On a more serious note, I haven’t flown in over 4 months now, and I already know that things are going to be different when I return to the skies. A lot has changed in the commercial aviation industry since COVID-19 grounded me last March, and to be quite honest, its both sad AND exciting.

Sad because it’s probably going to be a very long time before well get to experience fine dining (the mask-free kind) in Singapore Airlines long haul business class.

However, it’s kind of exciting exciting because the Airbus A220 is about to change everything. Like it or not, this is the aircraft of the future, folks . I’m so dense that I didn’t fully realize it until about a month ago.

I know. They said the same thing about the Ford Pinto when it was unveiled to the world back in 1970, but this time it’s different. Really. Why? Well, there’s lots of reasons, the most important of which is that it looks so much better than the Pinto ever did. And, at the time of this writing, it tends to catch on fire less as well.

But there’s a lot more to it than that, and I’d like to highlight those points for you now (one by one):

With a range of 3500 nm, the A220 has the ability to fly from New York to London. Tokyo to Singapore. Fort Wayne Indiana to Cartagenia Columbia (which has high probability of being the launch route for SANspotter Air btw).

Think about that. This aircraft, similar in size to smaller variants of the 737, has the range to safely connect destinations on separate continents in a way that only larger (and more expensive) aircraft could do before.

I know we all like to joke about how United would use those little CRJ-200’s from Los Angeles to London if they could, but the A220 is one giant step towards that goal.

Smaller, more efficient aircraft types on routes where larger aircraft aren’t profitable is the future. I hope everyone enjoyed their rides on all those 747s and A380s over the past 10 years or so. Sadly, with retirements of these magnificent beasts happening so fast, my first flight on a Qatar Airways A380 was probably my last.

I’d even recommend starting to practice phrases such as: “My Doha to Bangkok flight in A220 business class was AMAAAZING” instead. I know it sounds weird, but it may not be long until we’re all saying crazy stuff like that.

Smaller and more fuel-efficient aircraft are more profitable on longer routes. The performance of both the A350 and 787 in comparison to larger aircraft types are proof of that.

The A220, of course, is the result of pushing that idea even further. With over 642 orders on the books at the time of this recording, its clear that airlines are doubling down on being anti-747 and A380.

Adding fuel to the fire (perhaps a bad analogy to be making after comparing the a220 to the pinto earlier) is the fact that the COVID-19 pandemic has all but destroyed the air travel industry.

Passenger traffic across the globe is down 75% year over year as I’m writing this article, I’m still grounded, and it’s going to be many years before airlines are able to fill airplanes again. The Airbus A220 is the perfect aircraft for this new world we have found ourselves in.

Sending empty A330s between Buenos Aries and Bogoata is bleeding Avianca dry. However, it’s highly likely a route like that could be profitable sending A220s instead.

Wait. Perhaps Zurich to Dubai On SWISS or Emirates is a better example. Mostly because Switzerland is where you want to go anyway since you’ll be able to get an awesome day tour by my buddy Mark from swissdaytours.com while you’re there. It’s highly recommended by the way.

One of the biggest problems airlines are facing right now is over-capacity. They simply have too many airplanes, most of which are far too large for current demand. Aircraft storage facilities are full, and many of those parked airplanes won’t fly again for another few years. At least.

However, airlines with the A220 in their fleet have an advantage, since the aircraft is small and efficient enough to fly shorter routes profitably.

For example, if SANspotter Air was a thing, and I found that demand from Ft Wayne to Cartagena dried up suddenly (hard to fathom, I know), I could put those A220s on routes like San Diego to Regina instead and still be profitable.

Speaking of massive flexibility, I just gotta wonder what the conversations have been like in the Emirates board room lately. With a fleet of hundreds of widebody aircraft and not much else, I’m willing to bet they aren’t laughing so hard about the SANspotter Air thing anymore….

Ok. I know. I do realize that the looks of an object have little to do with how well it will sell. Again, I refer you to the Pinto comparison: Ford pooped out a poorly-performing, bland looking car which was prone to catching on fire, BUT – they promised it would be cheap and get great gas mileage. The result? It became one of the best selling cars in US history.

Airbus is essentially doing the same thing with the A220. Minus the fire thing, poor performance, and the bland looks…

Ok, this analogy isn’t working like I thought it would. But the point is that it’s a great looking airplane, and that is likely to be the driving factor for at least a few orders. It’s just gotta be.

I’m not sure how many airline executives purchase aircraft based on looks, but it worth mentioning and I personally believe it’s going to go down in history as one of the most beautiful aircraft designs ever.

If you haven’t yet flown on an Airbus A220, don’t worry. That opportunity is coming sooner than you think. Smaller aircraft with long range and high-efficiency is the the way forward for commercial aviation.

Just as more and more people are starting to realize just how dang good the Moments in the Sky YouTube channel is (seriously, you gotta subscribe), the COVID-19 downturn has exposed just how important the A220 is to the recovery of the aviation and travel industry. I think Neil would agree with me on this . After all, he knows a thing or two about commercial air travel.

The attractive price, combined with it’s incredible performance AND efficiency means that Boeing (and other aircraft manufacturers) have got a real problem on their hands. Can they even compete? Only time will tell. 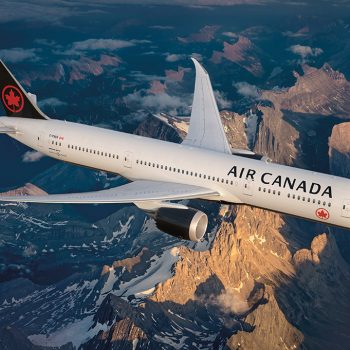