Home
My Travels
3 things that surprised me about Mexico City

I’m a bit ashamed to write posts like this, because I’m afraid that it exposes my ignorance about the world in general outside the United States. While I do consider myself to be well traveled, there’s a lot I don’t know and it usually isn’t until I’m standing curbside waiting for a taxi at a new-to-me airport that I start feeling anxiety about my decision to travel so far away from the comforts of home. This trip to Mexico City was no different, as I sure as heck didn’t know anything about this place other than what I’ve seen on TV. Tacos, mariachi music, and a smattering of broken Spanish was all I knew as I stepped off the plane – the rest I’d have to figure out as I went along.

But that’s what I love about travel. There’s no need to know everything before you go anywhere – the joy of travel is to learn and grow, discovering who you are as a person when faced with the uncomfortable and unfamiliar. I’d certainly be a different guy without travel in my life, and I look forward to each new trip as an opportunity to push myself to learn something new and gain appreciation for culture that is not my own.

Discovering Mexico City was a very good experience for me. I’ve never been so deep into the heart of Mexico before, and the things I saw and experienced opened my eyes to the fact that not all of Mexico is like the Pacific cites of Tijuana, Rosarito, and Ensenada. This is a vibrant country – rich with culture and tradition, pushing aggressively into modernization and the future, but still proud enough of it’s heritage to hold on to it’s roots and not forget about it’s amazing history.

There were a handful of things that really surprised me about this city during my two-day stay, and I’d like to talk briefly about the top three. Yes, I do know that two days is hardly enough time to get aquatinted with a new place, but first impressions are powerful and lasting, and it’s not often I revert back on them for any new place, person, or thing.

The top three things that surprised me about Mexico City

1). Despite what we are led to believe by watching Fox News and CNN, Mexico City is a thriving world-class modern metropolis. I can hear you all sighing with disgust now (“you mean you seriously didn’t know that?”), but hear me out on this: my experience with Mexico is limited. I live 30 miles from the border, so all I hear about are “those damn illegals” and all the crime and corruption going on down there.

The media has even told us to avoid unnecessary travel to Mexico due to risk of kidnapping, theft, or…whatever. The largest city I’ve been to in Mexico before this trip was Tijuana, and I’ll be honest when I say that it’s not a place I would want to live. And even though I started this trip with a bit of skepticism (and feeling prepared for the worst), I immediately found Mexico City to be pleasantly different than my ignorant US-centric assumptions. It’s clean.

Full of happy and patriotic people. And it’s thriving. Everywhere you look there is construction and growth – there is a significant amount of money flowing here and it’s a city on the rise.

2). The altitude is not something to be taken lightly. Mexico City is 2,000 meters (7,382 feet) above sea level, and despite being an avid cyclist in really good shape, it was enough to make it difficult to catch my breath at times. I first noticed it on the morning of the second day as I was lying in bed completely calm, but my breathing was very heavy (almost gasping for air it seemed).

can be a bit of a hypochondriac at times, so right away I was getting worried that there was something very wrong with me. It was a weird sensation to say the least but thankfully it didn’t take long for me to put two and two together to realize that being on the 34th floor of a tall building in a city a mile and a half in elevation probably had something to do with it.

I kept monitoring my breathing all throughout the morning, and then compared it to how it was when I was outside walking. I was breathing much better down on the streets, even while walking at a brisk pace. The difficulty returned only after going back up into my hotel room, so it was quite obvious what was happening.

3). Crossing the street can be hazardous to your health. I fully admit that I’m writing this with a very sheltered US-centric point of view, but it really amazed me how scary it was to cross streets while walking around Mexico City. Especially in the busy areas and around monuments such as the Angel of Independence.

In that particular example, the only way to get to it is to make a mad dash across one of the busiest streets in the city (Paseo de la Reforma) at any slight break in the traffic flow. There are no designated crosswalks, no “official” place to cross the street, so you basically have to run like hell across a busy thoroughfare to reach the base of this highly popular monument.

The scary part about this is the fact that this is just one example of many that I saw, and it really makes me wonder how many pedestrians are struck by cars here every day.

Despite the difficulties of the last two points, I returned home from this trip with a deeper appreciation for the country of Mexico, which is something I am greatly thankful for. The news media here in the US seems obsessed with painting a bad picture of Mexico and it’s people (illegal immigrants are a problem), so it was refreshing to go and see the place for myself – unobscured by the US media filter of doom and gloom.

I felt completely safe, the people were amazingly friendly, and I love how proud Mexicans are of their heritage. My only disappointment is that I wasn’t able to stay longer, though I am feeling confident I’ll be returning again eventually to pick up where I left off.

A day and a half exploring the city of San Francisco

Hanging out in Waikiki for the weekend 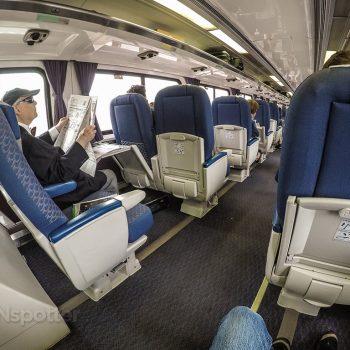