Home
|
Travel Discussion
|
San Diego airport food: everything you need to know (plus a little more) 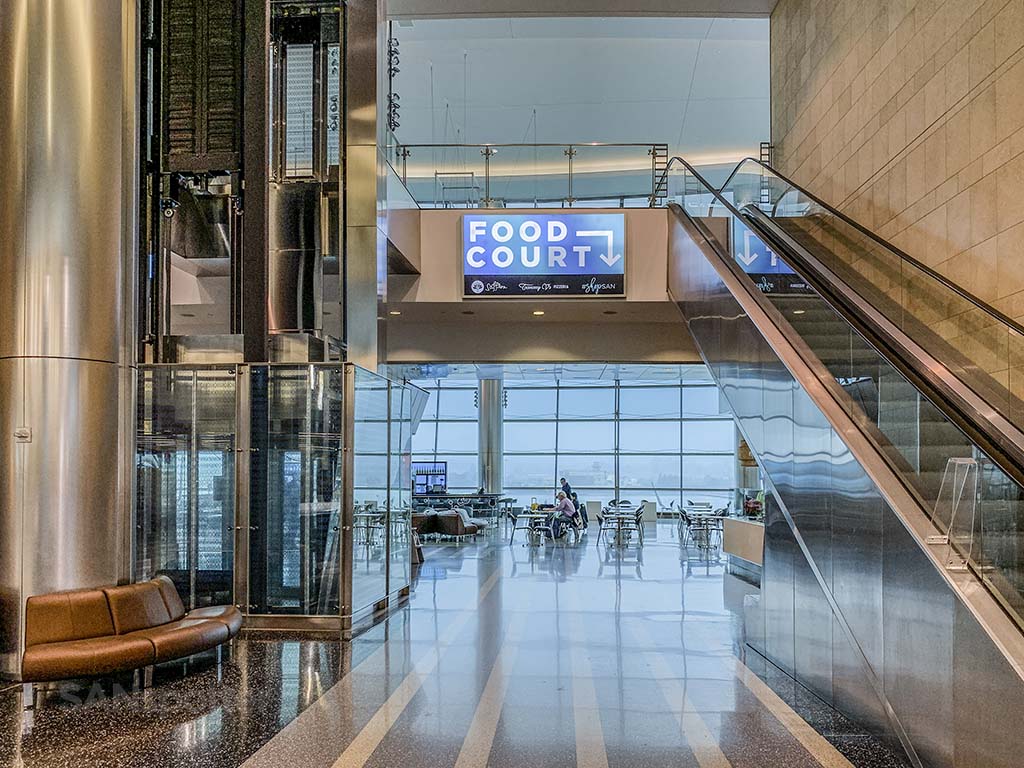 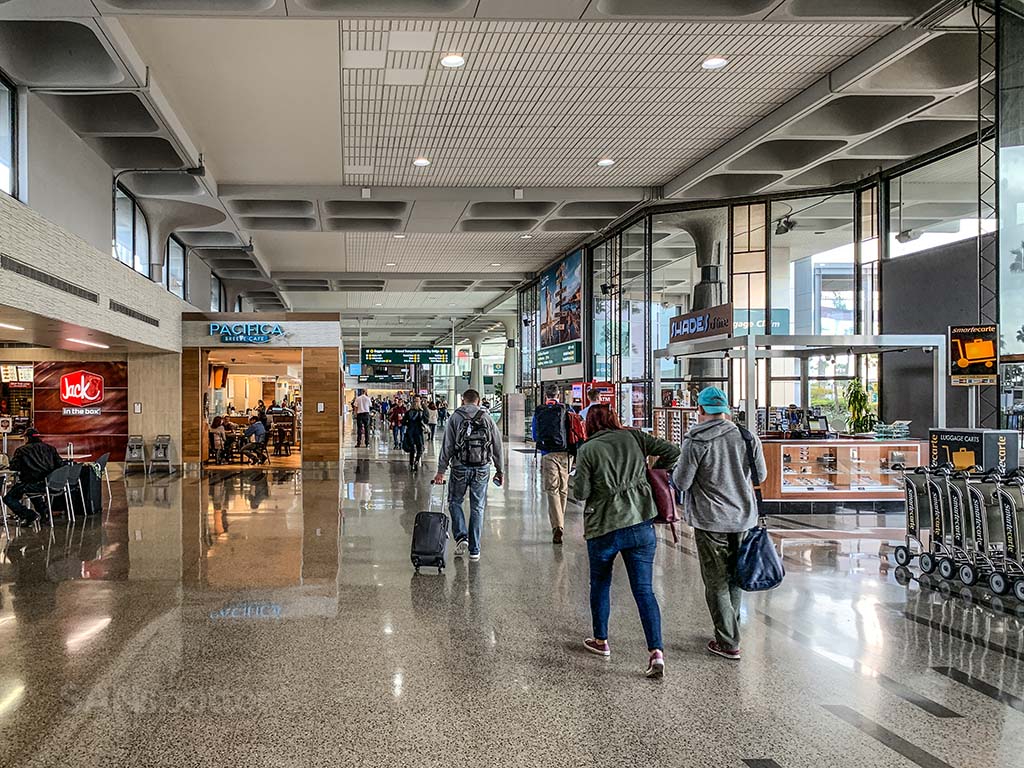 Definitely avoid the food court in Terminal 2 west if you’re trying to spend as little as possible. Most of the restaurants located there are on the pricey side, and I’ve never walked away from a meal there feeling like I got an excellent value for my money. 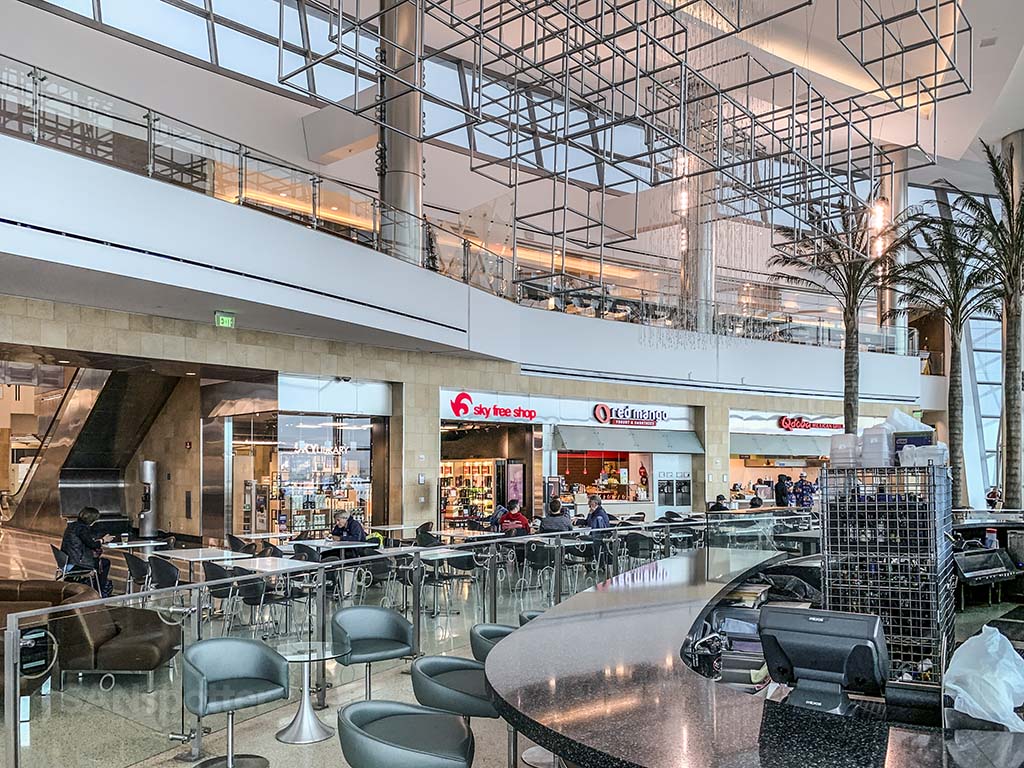 The Terminal 2 West food court. Hands down the nicest place in the entire airport to grab a bite to eat. 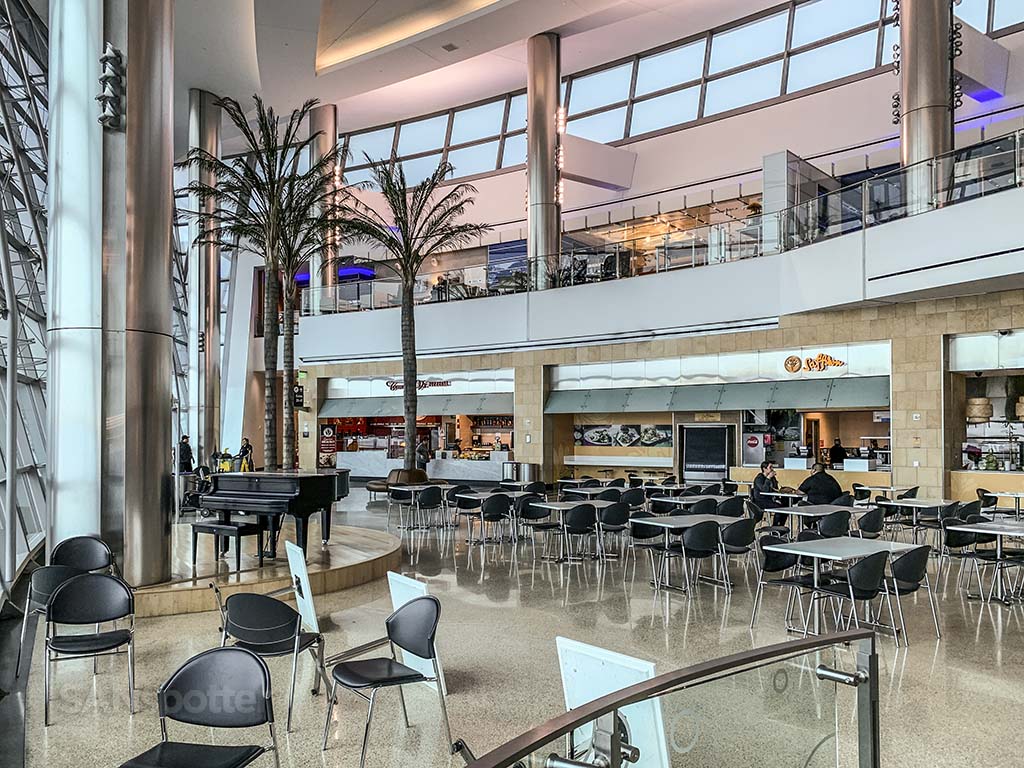 It’s also the most expensive food (on average) that you’re going to find in this place. Warning: don’t enter if you’re not feeling spendy. 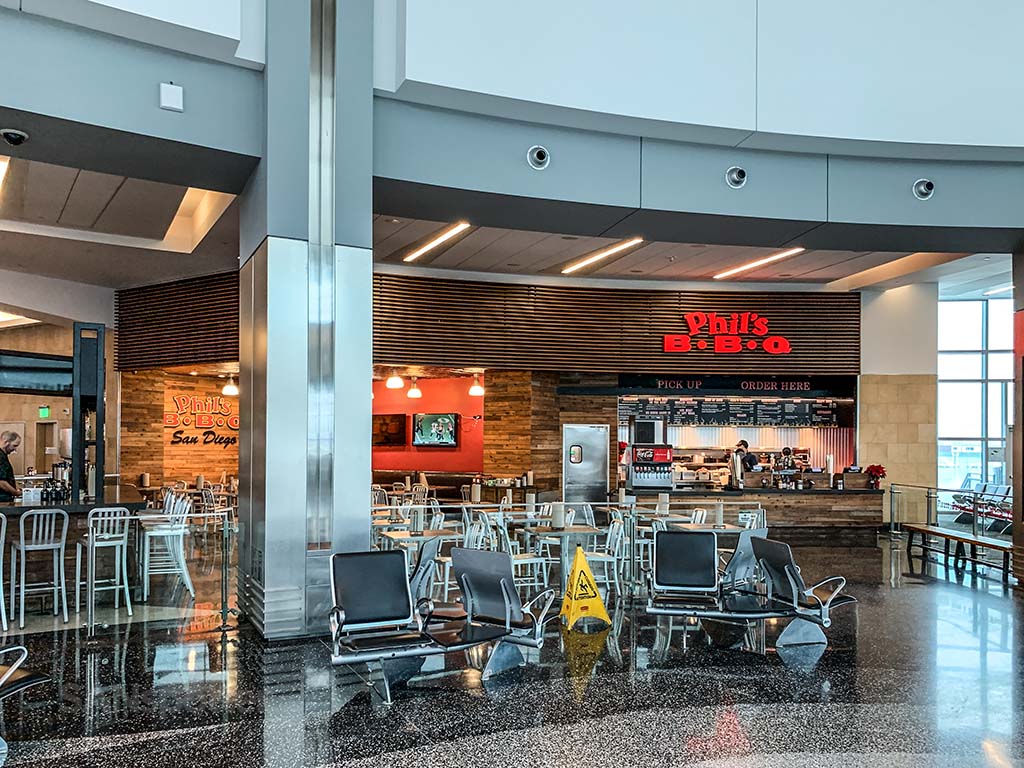 Phil’s BBQ located at the far end of T2 West. San Diego Airport food doesn’t get any better than this! 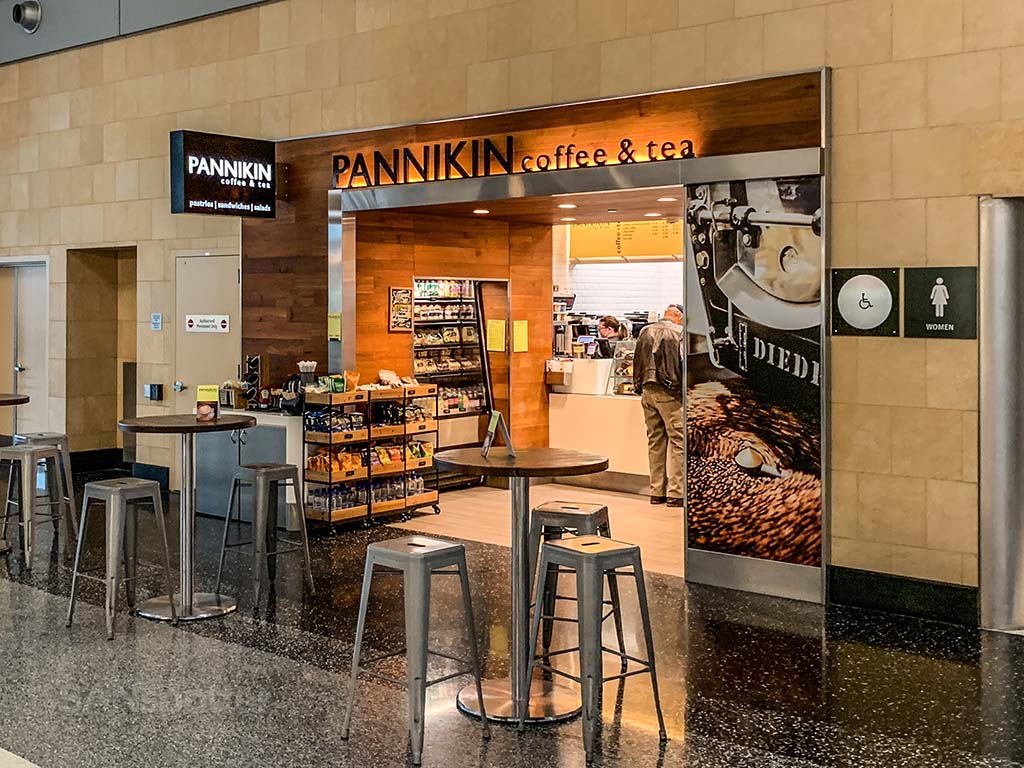 Pannikin Coffee & Tea (Terminal 2 West). Sure, it looks nice, but San Diego locals know how pathetically abbreviated this is to the real thing. 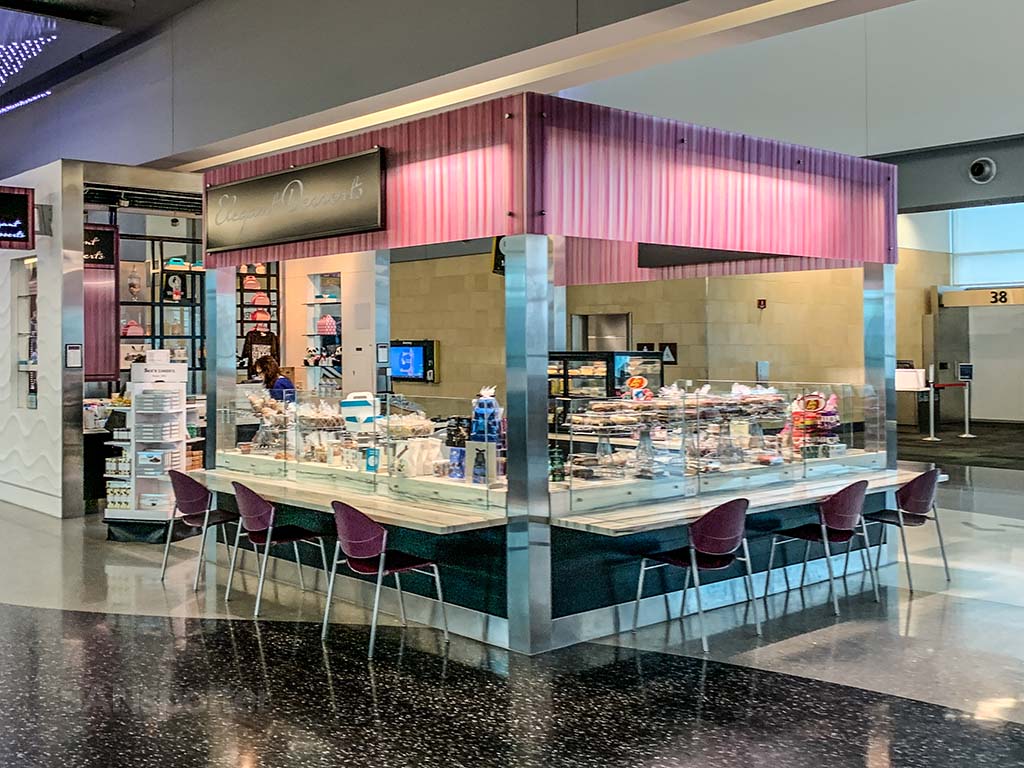 San Diego airport food is very diverse. Feeling like making a “silly supper” out of cupcakes and cookies? Elegant Desserts has you covered. 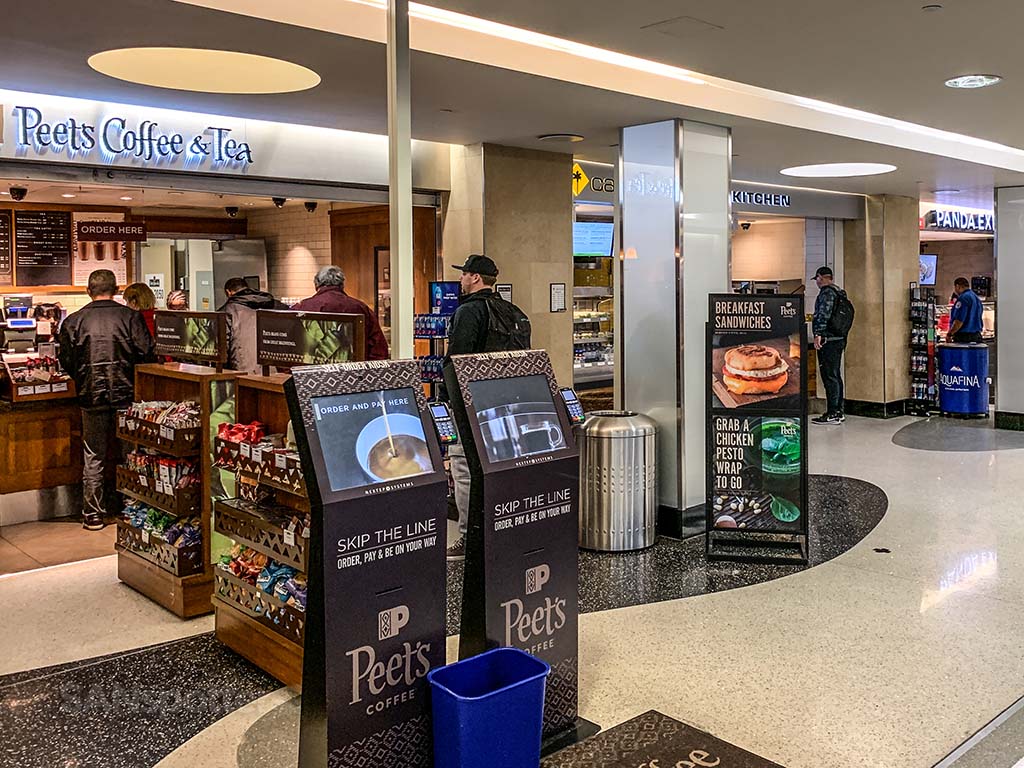 This is the food court located in Terminal 2 East. Just a bit less hoity-toity than the one located in T2 West. 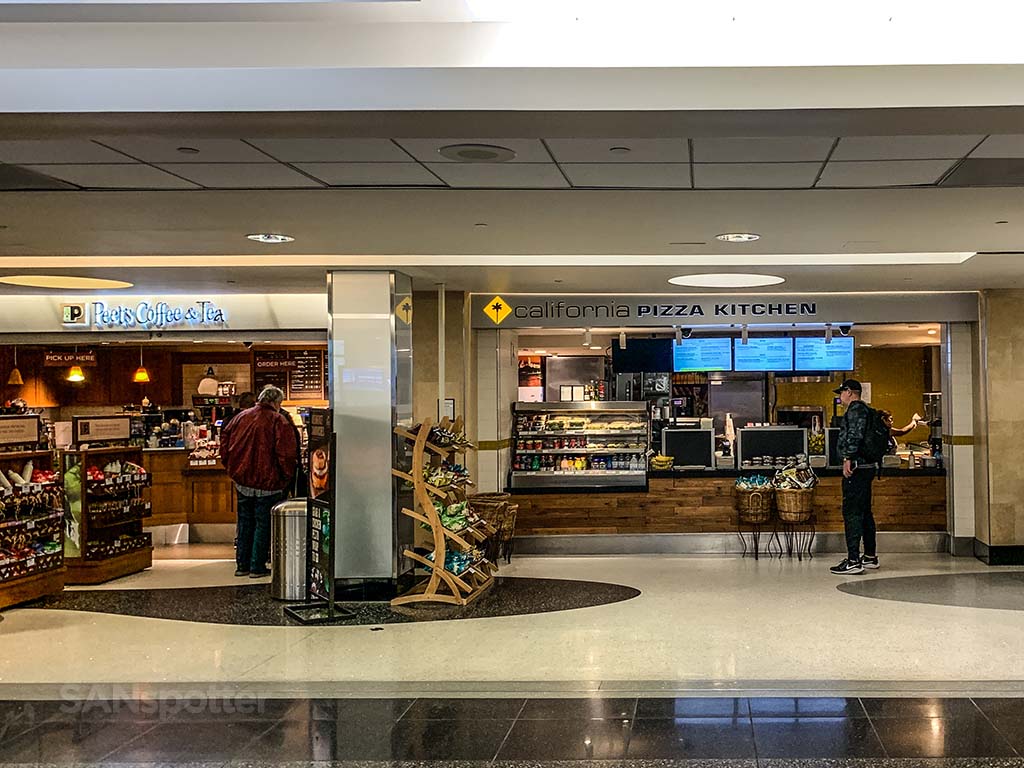 Another shot of the T2 East food court. If you’ve got a thing for coffee and pizza (at the same time), this is your place. 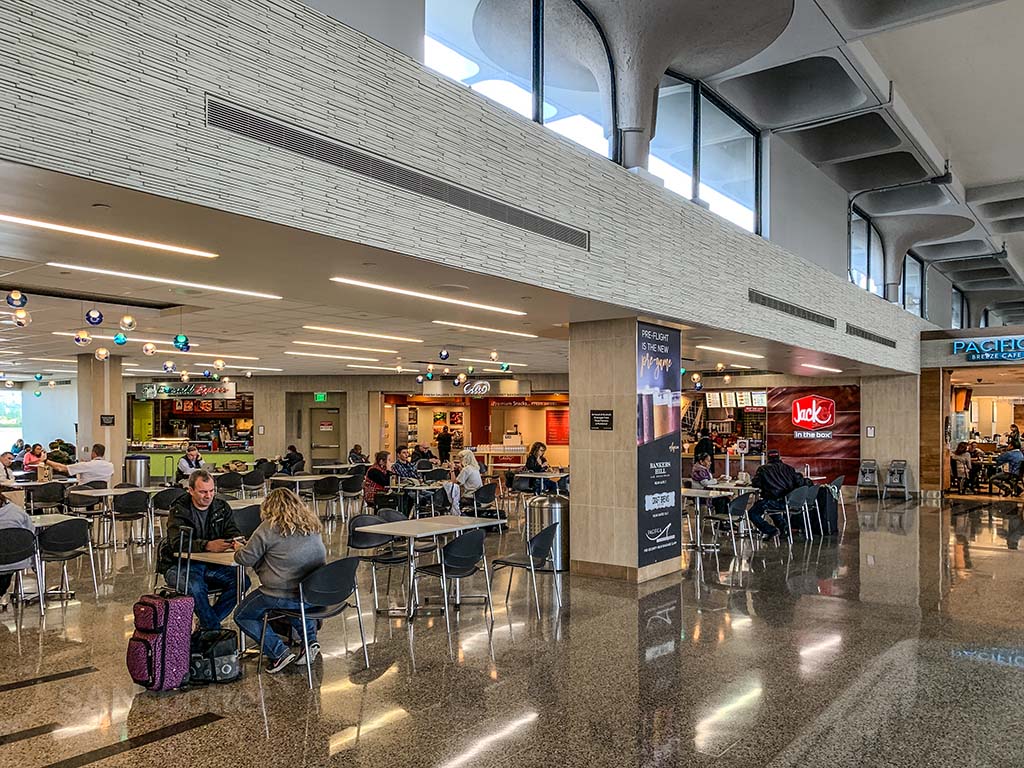 This is the food court located over in Terminal 1 (which serves both the East and West concourses, pre-security). Even if this doesn’t look all that appealing to you, San Diego Airport food doesn’t get any better than this over here on this end of the airport. 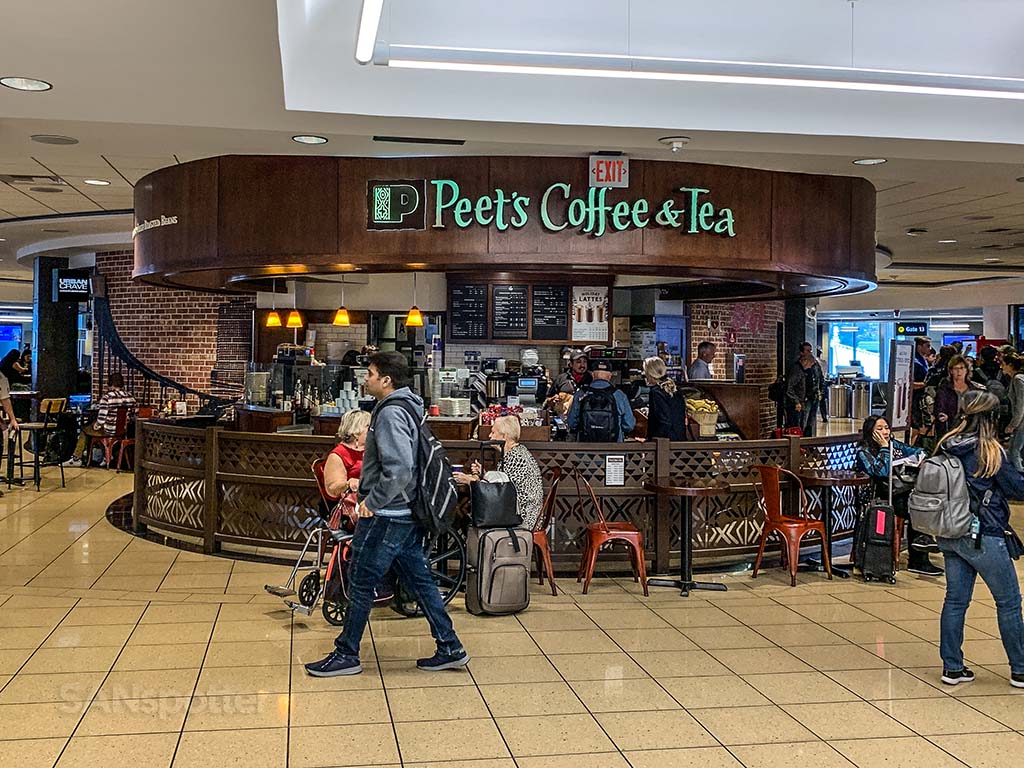 Once past security in Terminal 1, food becomes scarce. For example, here in T1 West, your only choices are this Peet’s Coffee, or… 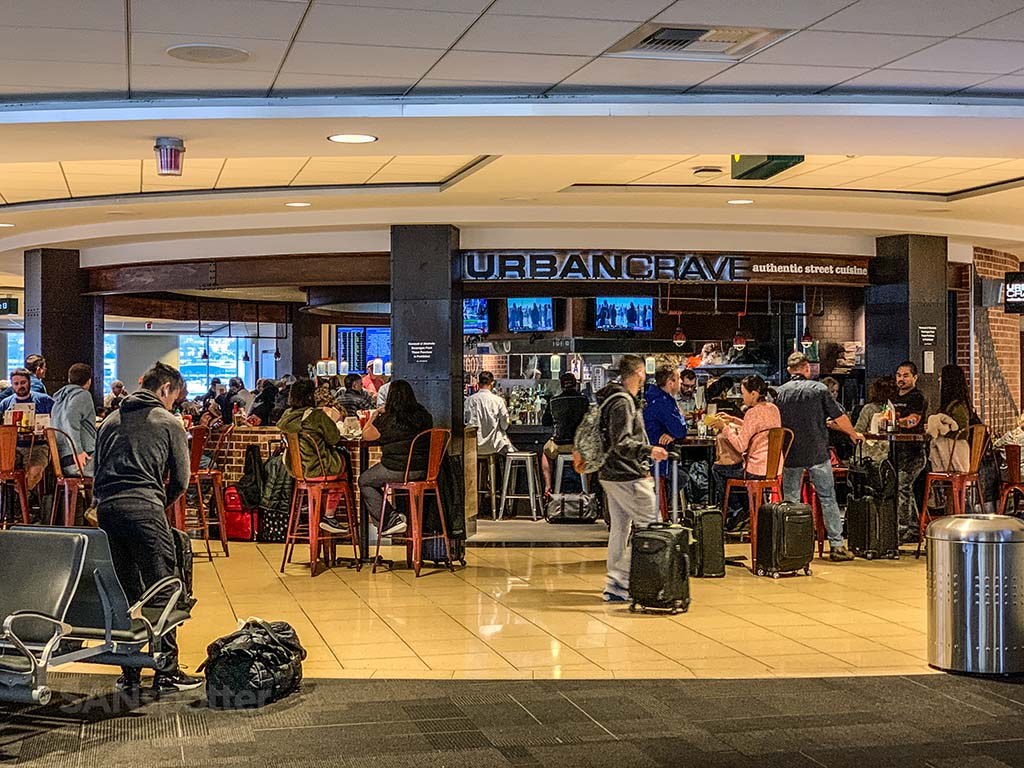 …the Urban Crave bar and restaurant (which is impossible to get a seat at during peak hours). My condolences if you’re flying out of T1 with a grumbling stomach.