Seat map of this Alaska Airlines 737-800 (courtesy of seatguru.com) showing my seat (2C) for this flight to SEA. 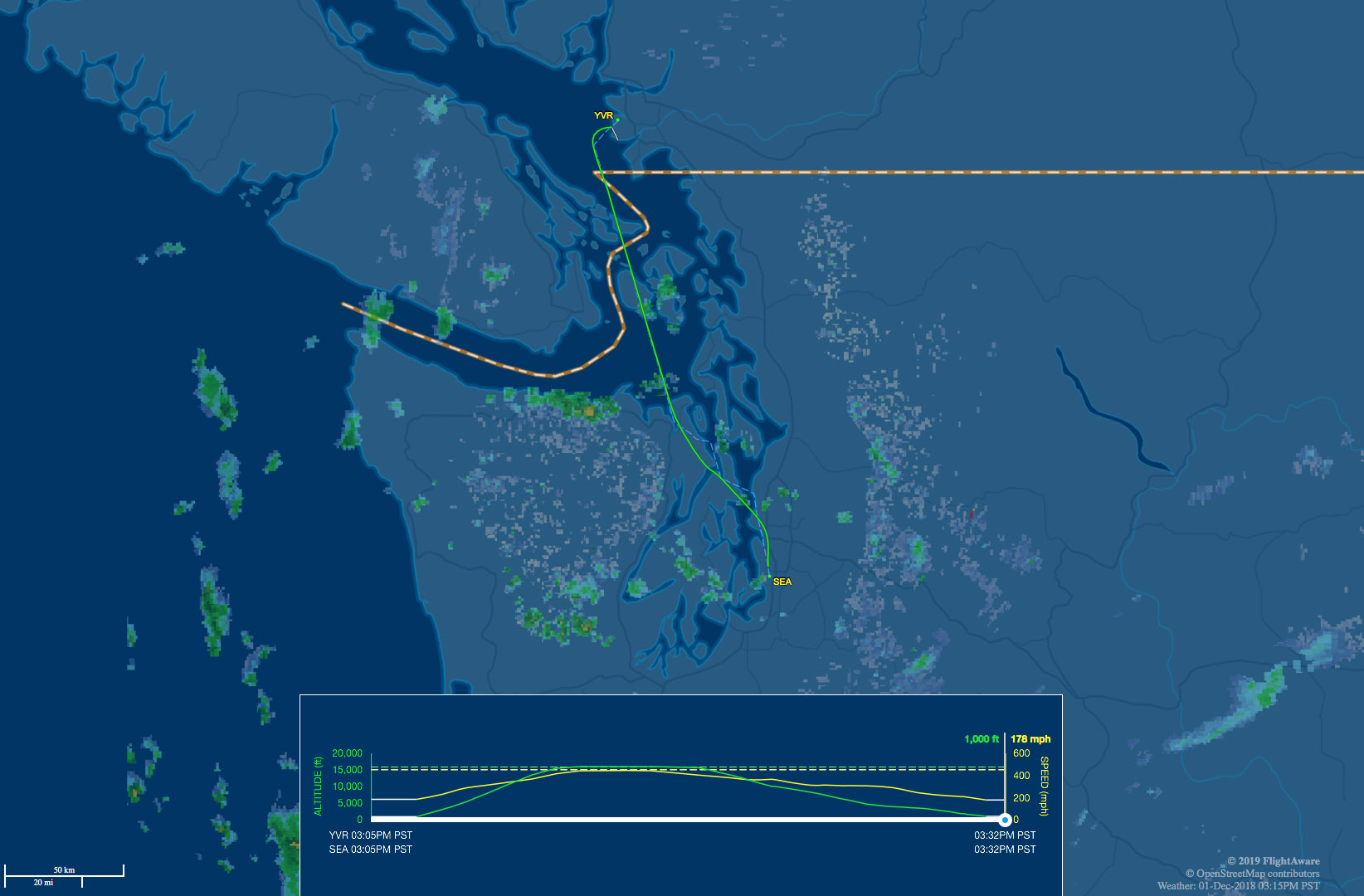 Our route from Vancouver to Seattle this afternoon:YVR MARNR MARNR7. On a side note, who do I need to talk to in order to get a SANSPOTTER waypoint established (preferably somewhere near SAN)? There’s gotta be a way.

Unfortunately, it wasn’t until about 1 hour before the departure of this flight that I knew that I was going to be living the high life up in first class. I had a 4 hour layover after my flight from Montreal that morning, so three of those hours were spent wandering around the main terminal like a lowly economy class passenger. You know – keeping busy with things like trying to find empty gate areas to relax in. Eating obscenely overpriced airport food. And getting reacquainted with the neon blue carpet here. 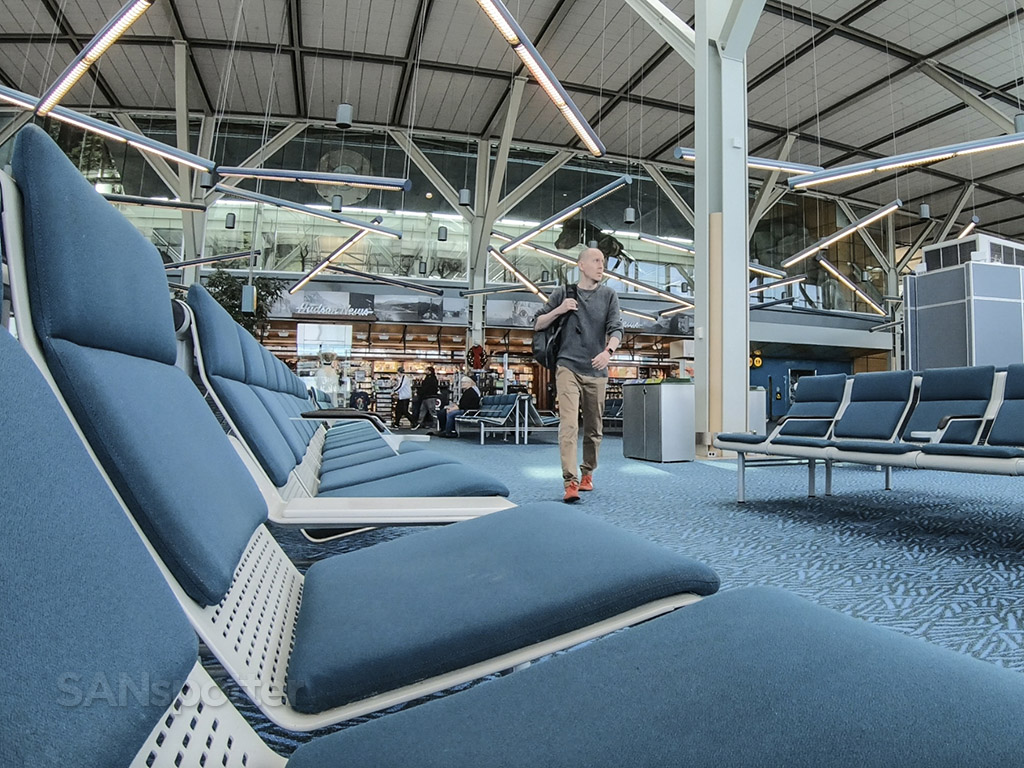 Walking into the joint like a boss. Well, it only felt that way – the dudes manning the security cameras were probably laughing their asses off. “He thinks he looks cool hahaha!” 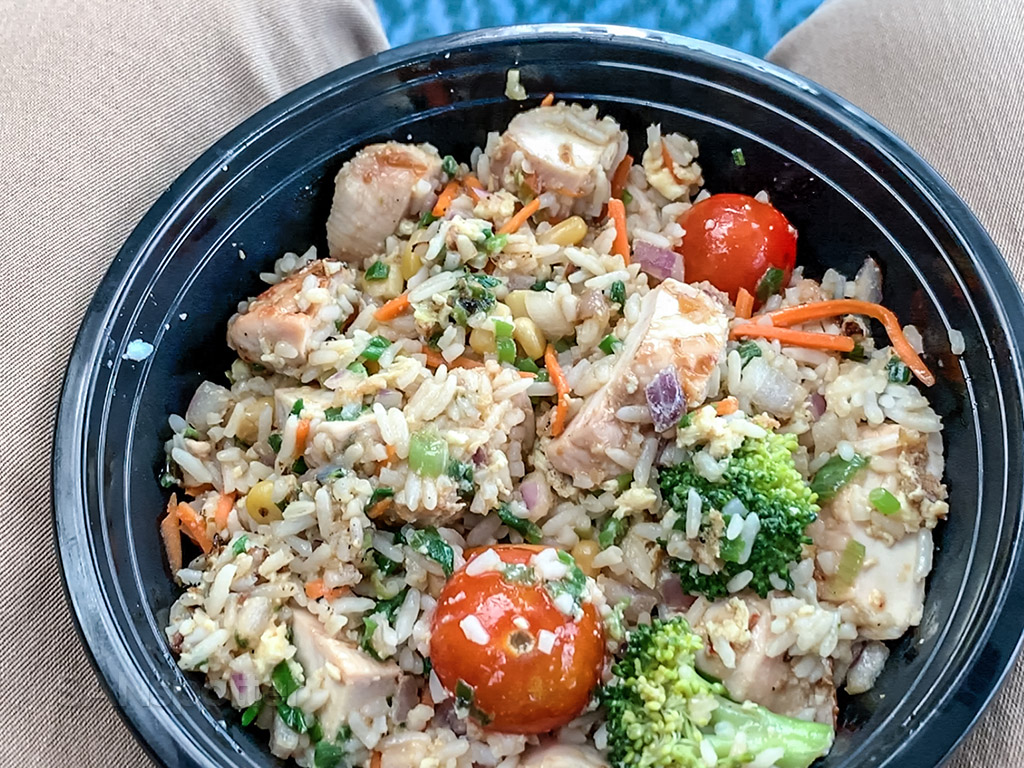 Fun fact: it cost me exactly $18.21 to take this pic. Remind me again why I don’t pack my own lunch more often? 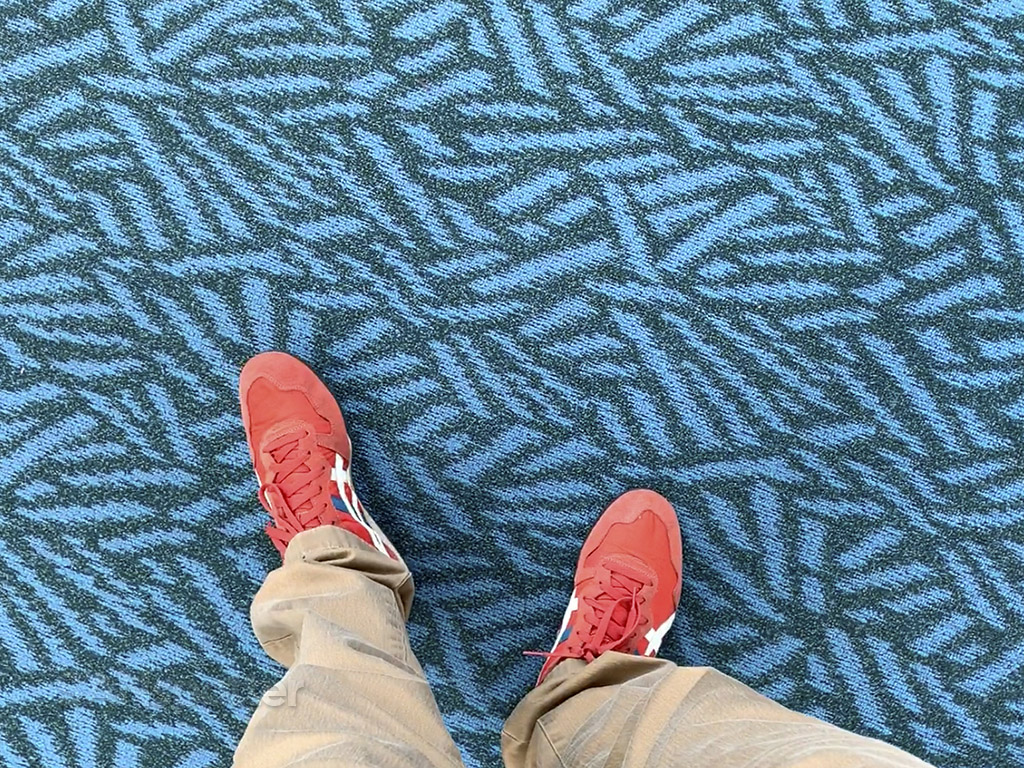 I never understood what “nauseatingly beautiful” meant until I witnessed the carpet here at YVR for the first time back in September (before my Philippine Airlines flight to JFK). I’m not sure that I like it, but at the same time I think it would look awesome in my studio at home. 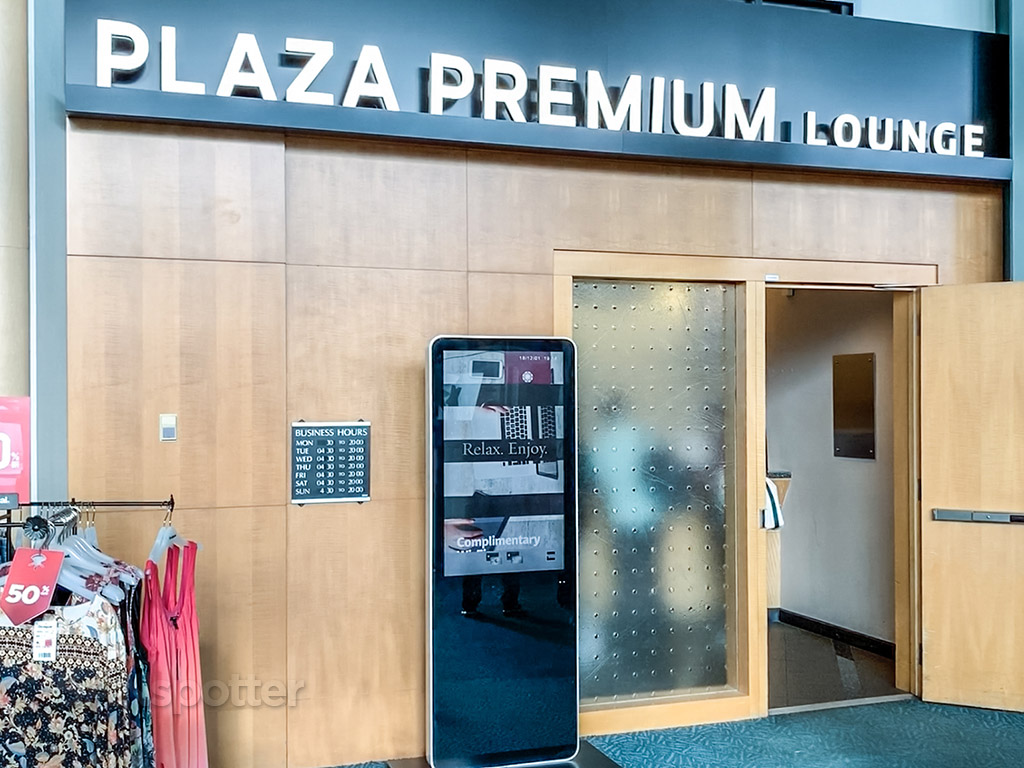 Time to crash the Plaza Premium Lounge. Not before buying one of those blouses for 50% off of course! 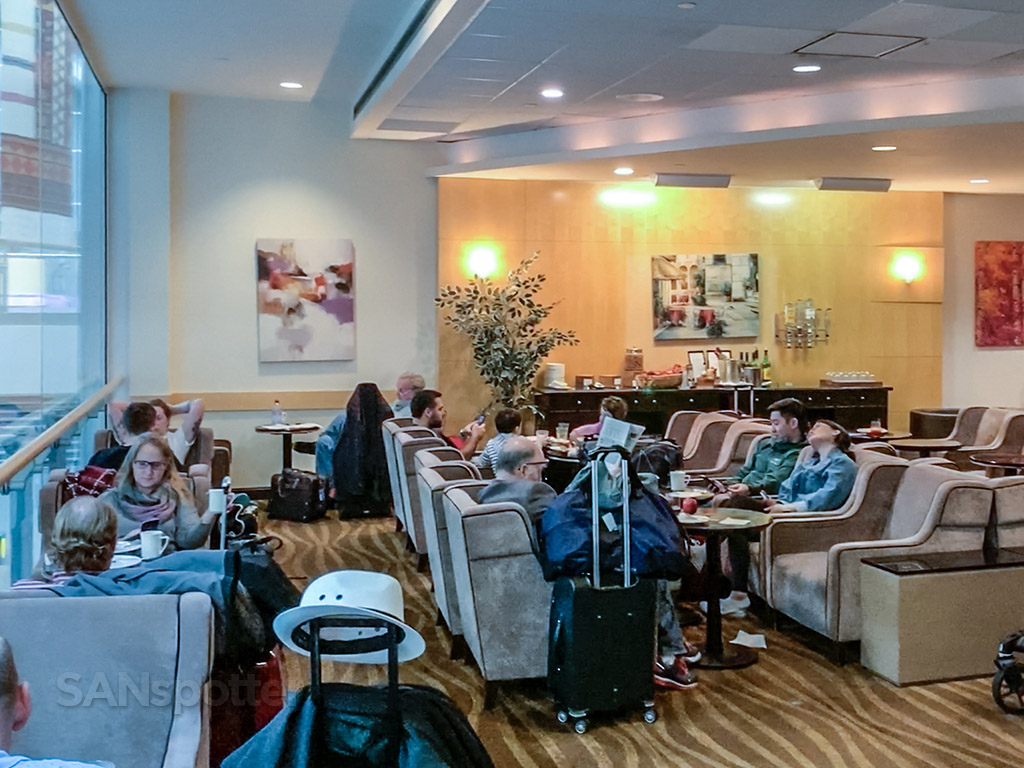 It’s a pretty nice lounge as far as Priority Pass lounges go. The woman on the far right looks a little bored, but I liked it. 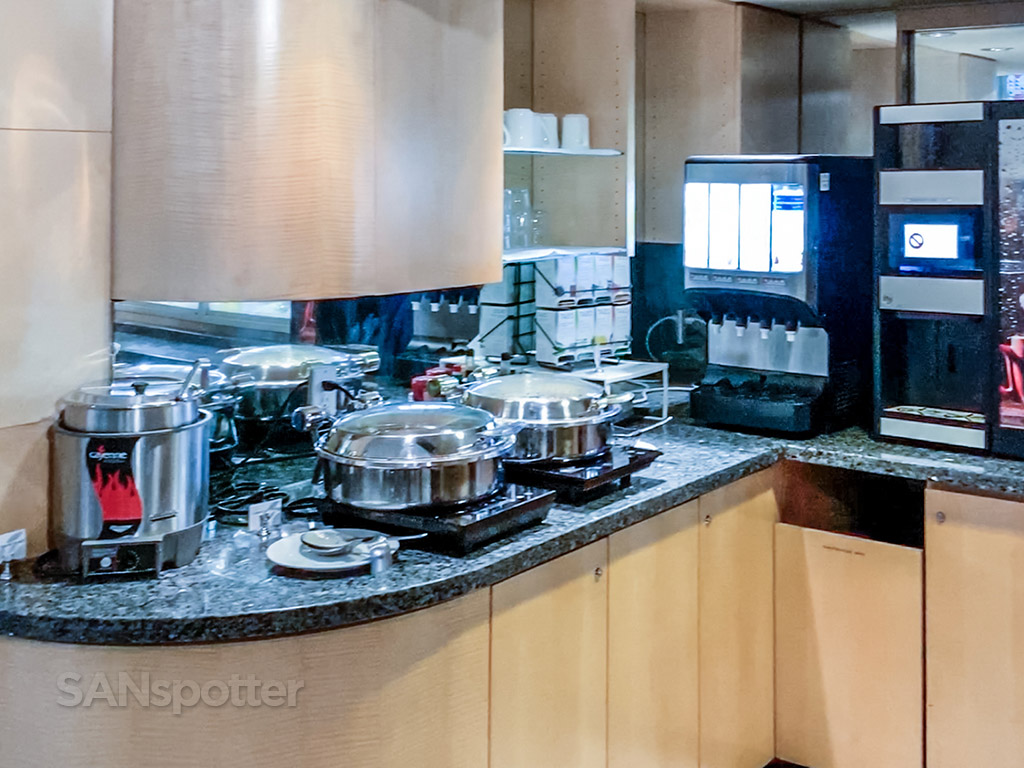 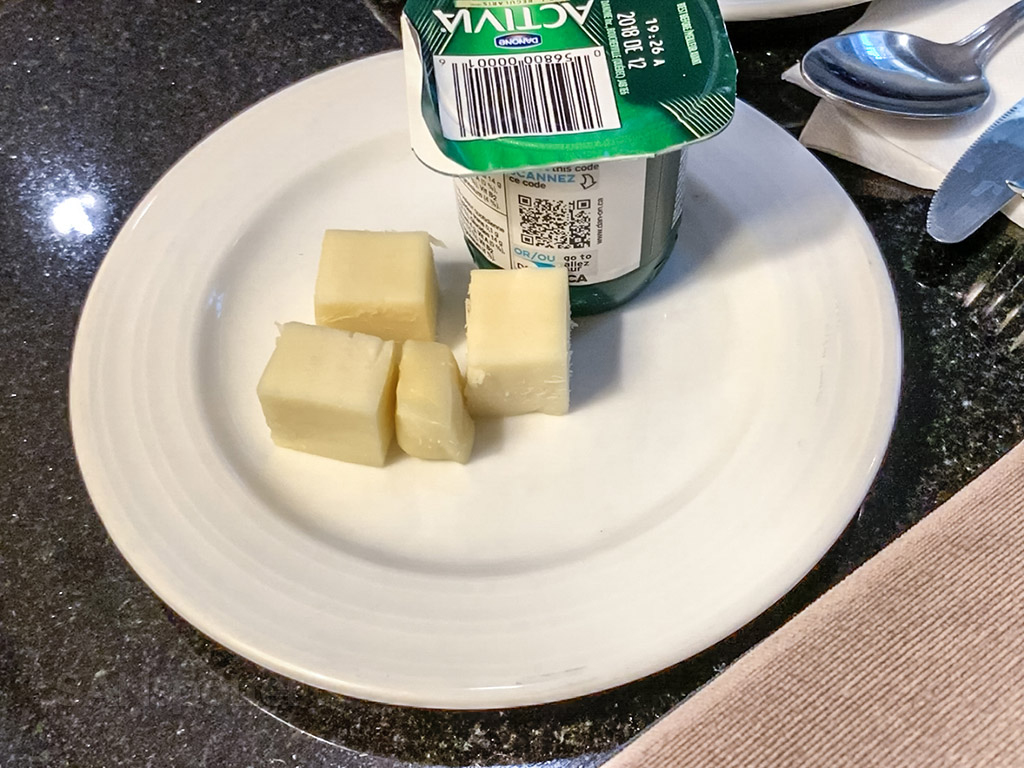 I totally could have scarfed down a full plate of eggs, potatoes, and sausage – but that would have been irresponsible considering I had just consumed an $18 rice bowl not 30 minutes earlier.

A big part of my disappointment for being upgraded was the fact that this was a short 30 minute flight and that there was likely to be no extra service at all. On flights as short as this, it doesn’t really matter if you’re in economy or first class. It really doesn’t. Of course it’s fun to text friends and family with something like “I’m just about to hop on a first class flight to Seattle, so let’s sync up later” but the reality is that there’s nothing that the flight attendants can do in that short amount of time that will make it an experience to remember. 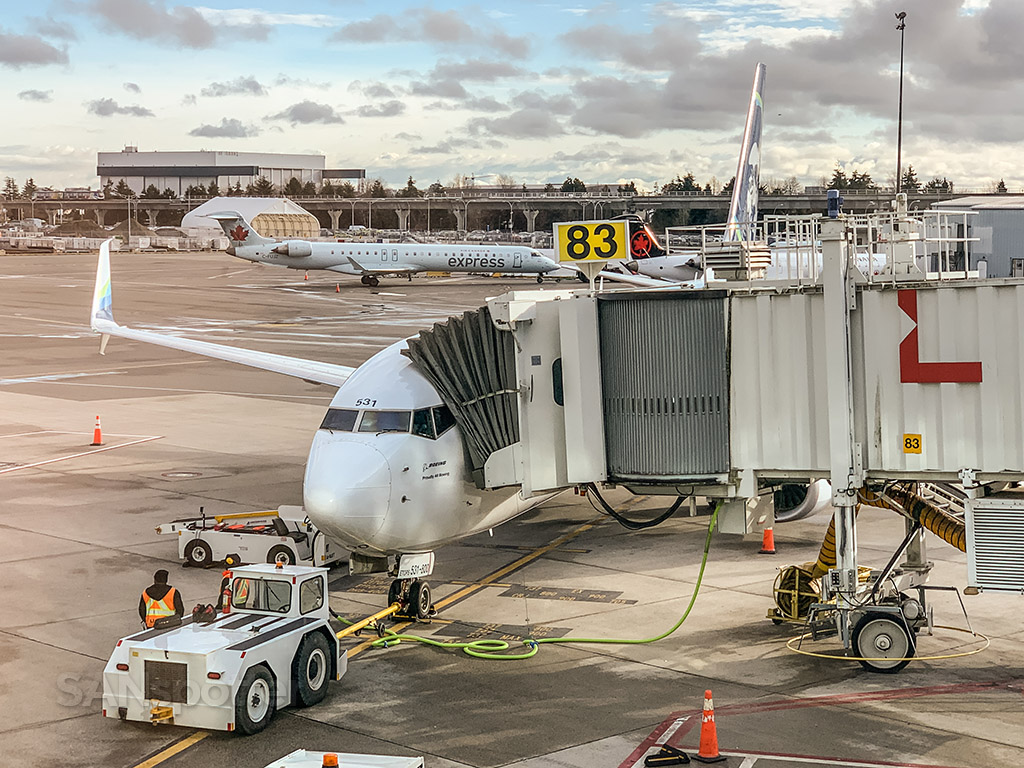 Thanking my lucky stars that the largest plane in this pic is the one taking me to Seattle. N531AS doing the honors today. 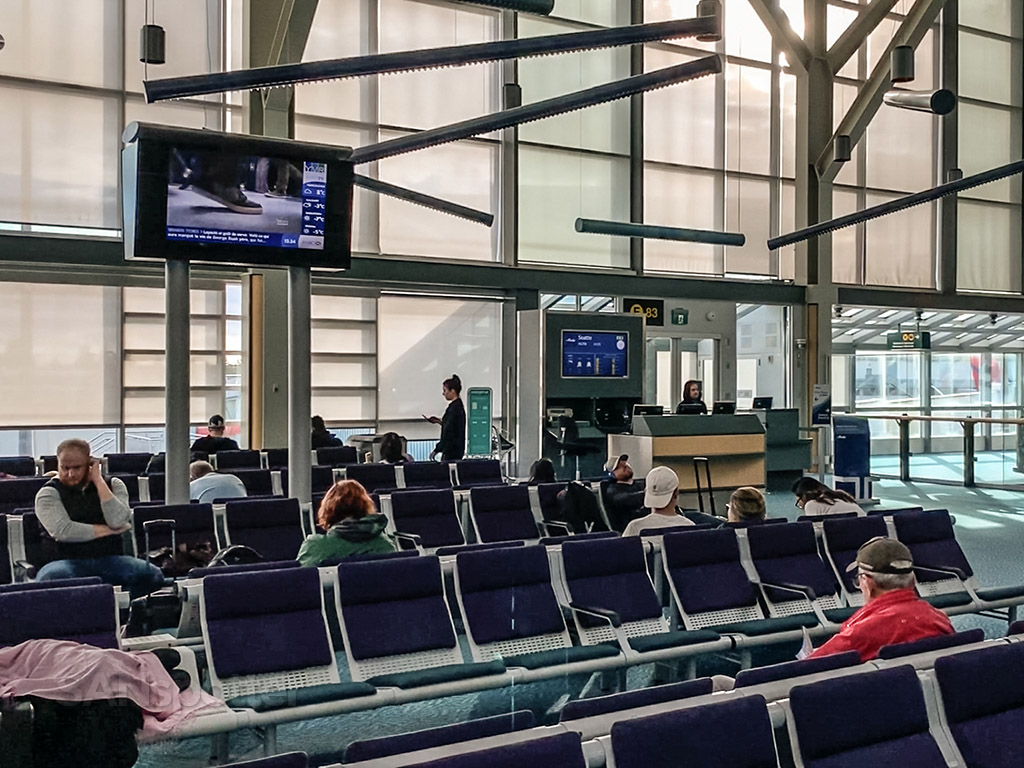 The boarding gate was as quiet as a library, and everyone would have heard me if I asked to be downgraded. I would have been lynched for sure! 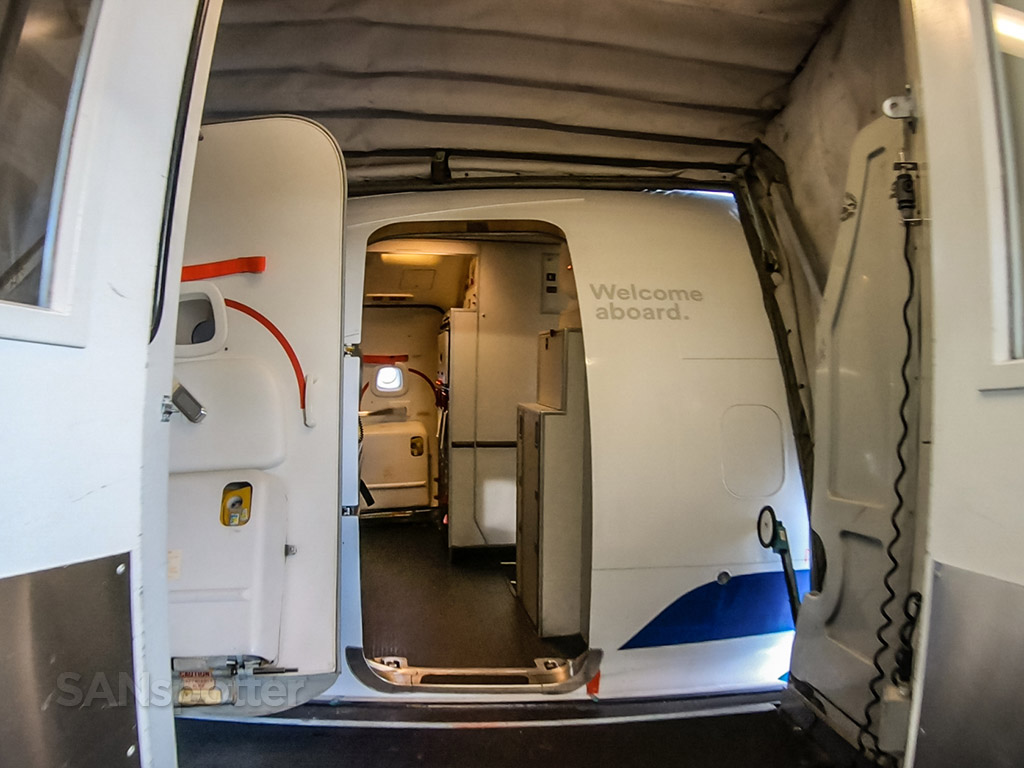 You know how in scary movies something really horrible happens when the main character sticks his head through the door to see if anyone is home? This kind of felt like that. 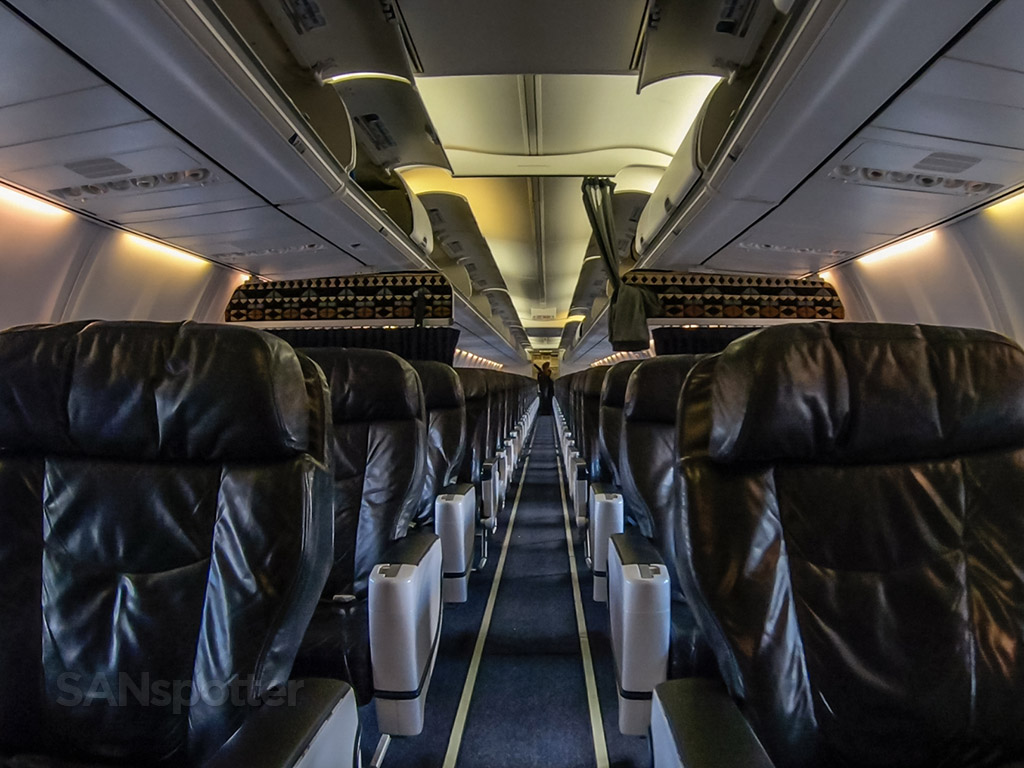 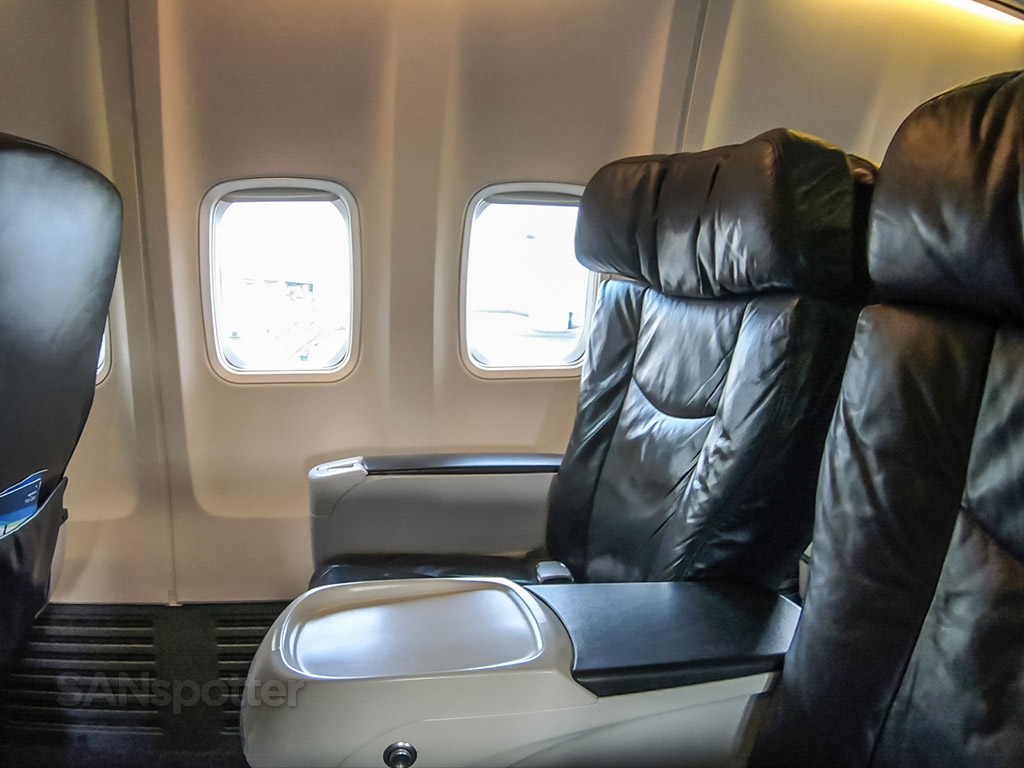 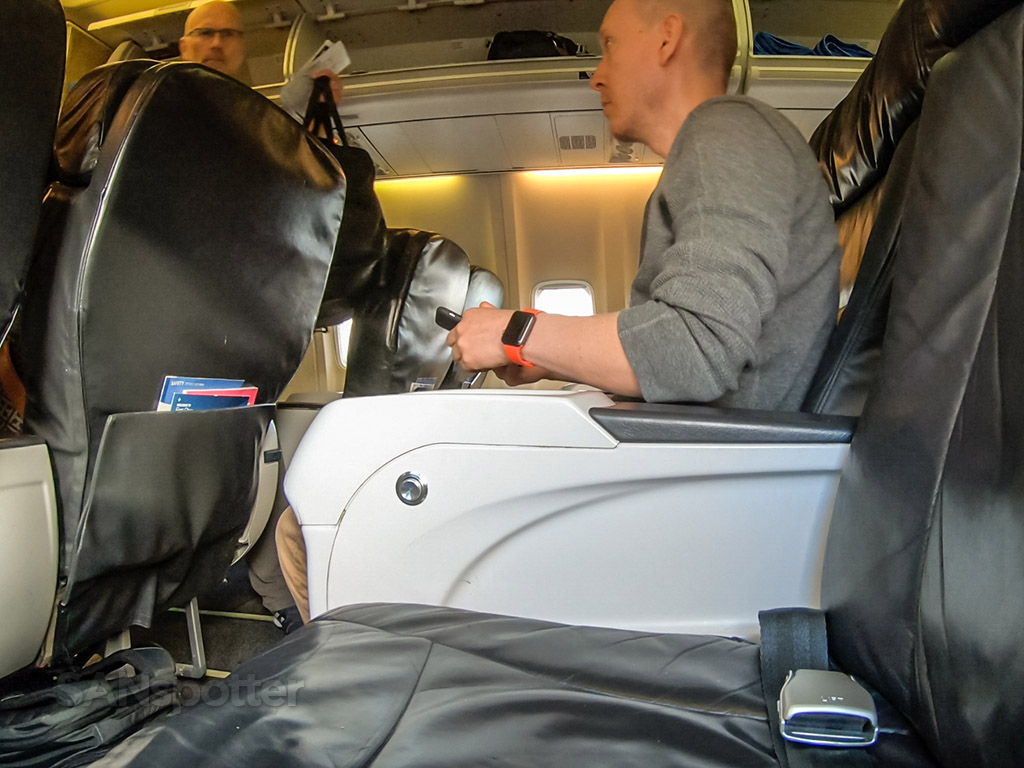 That awkward moment when you meet your seat mate for the very first time. 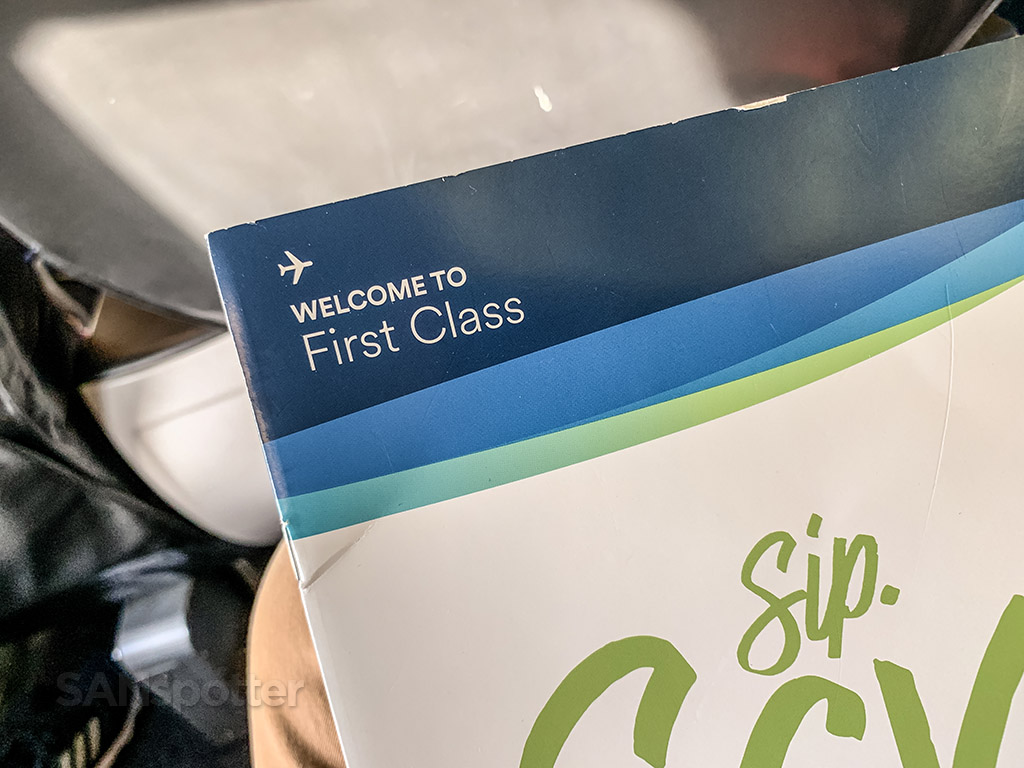 Welcome to Alaska Airlines first class, where this menu will serve no purpose on this flight other than being a trip report prop. 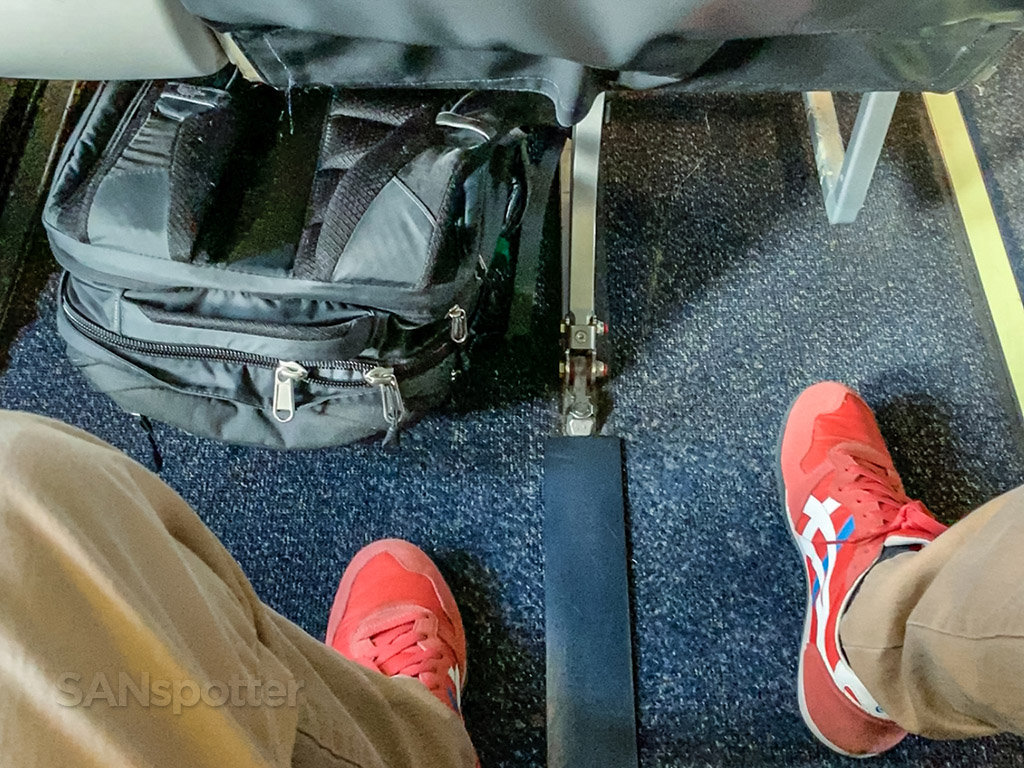 The best thing about these old recliner seats? The space between them! 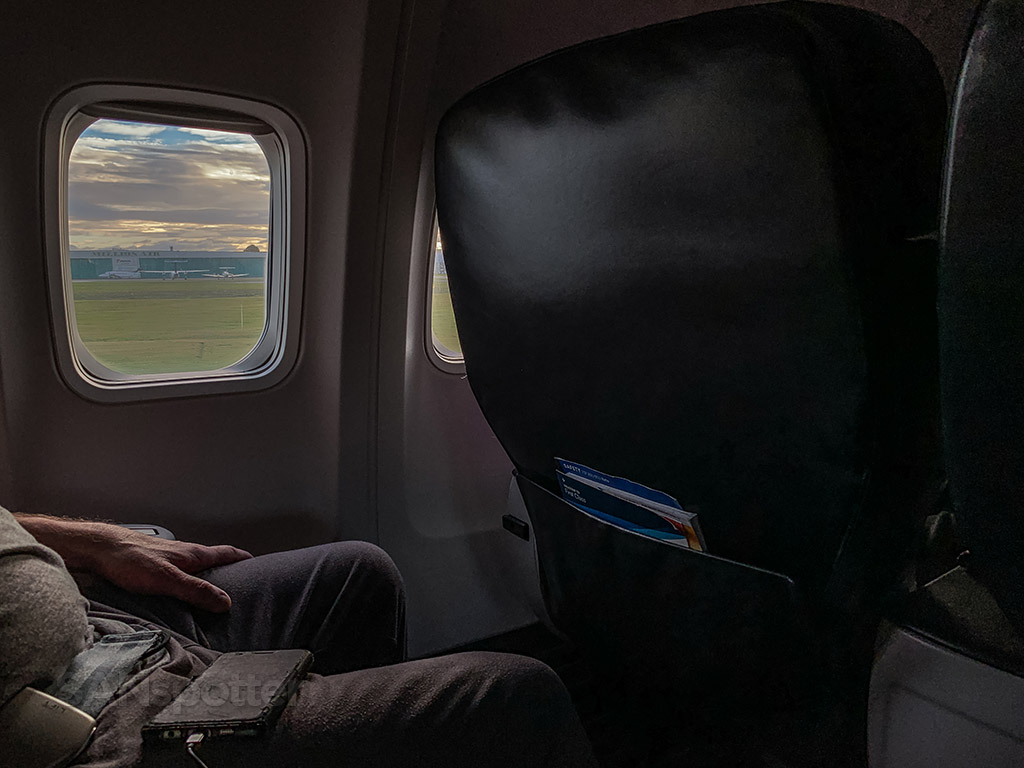 Wishing I was back in my economy class window seat as we roll out for departure. Of course I didn’t say it out loud, but I sure was thinking it. 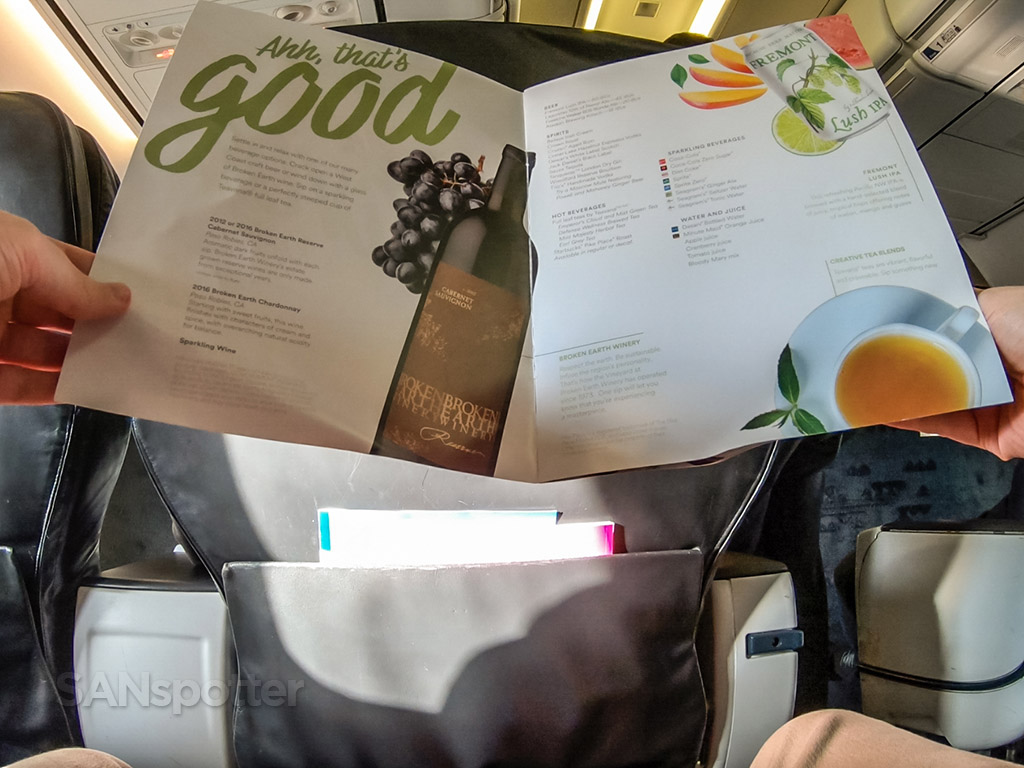 More pictures for the trip report with the supplied props. If only this were a longer flight… 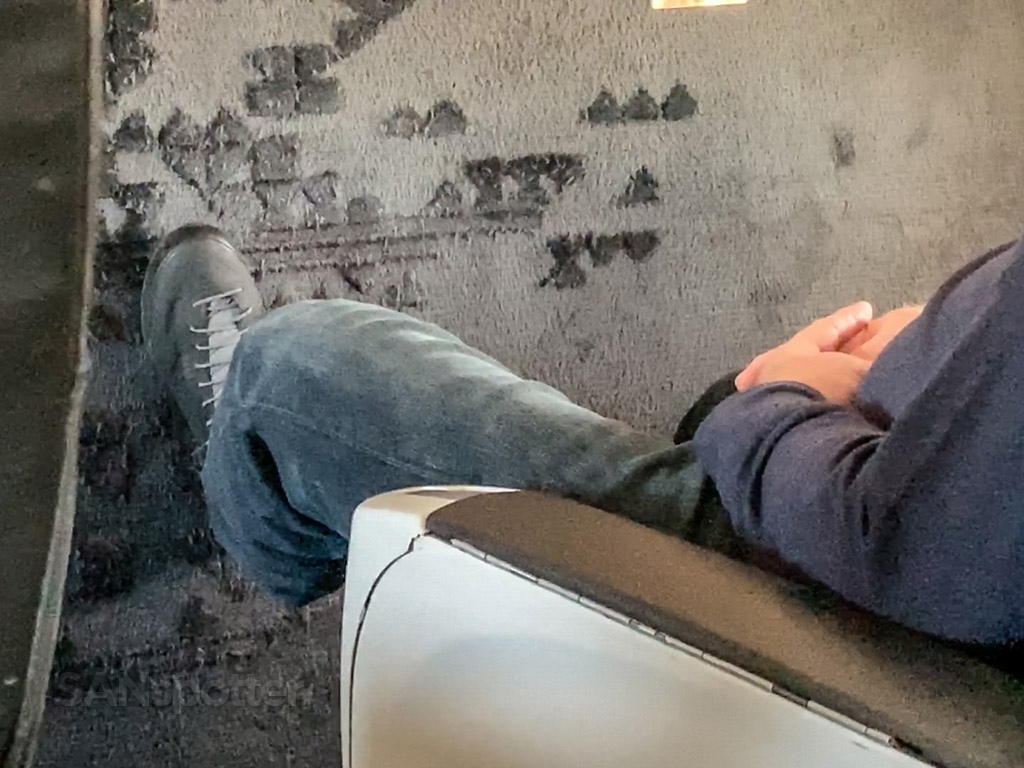 Sit back and relax, because being in the first three rows means you’ll be first off the plane. It doesn’t necessarily mean that your manners will improve though. #passengershaming 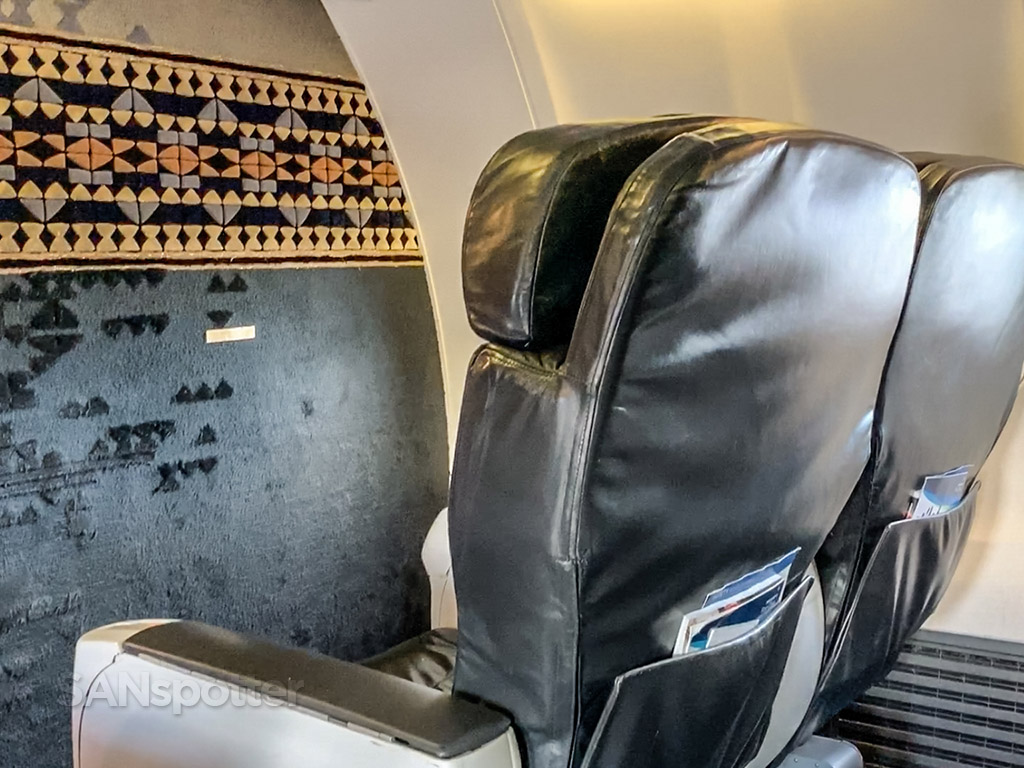 They may be big and ugly, but bigger seats are a godsend when you’re old and sore like me!