Ahhh, it feels so good to be talking about airplanes again after my last trip report! Don’t get me wrong – the train ride up to LA and back was really fun, but I’m happiest in airports and I doubt that will ever change. Once an AvGeek, always an AvGeek.

Speaking of always being an AvGeek, this trip report is something a little bit more personal than my previous ones, as it involves putting my 90-year-old grandfather on a plane for the first time in over 48 years. As a matter of fact, this would be his second flight ever in his entire life! The first time was back in 1969 after he and my grandmother drove my uncle down to Army basic training (this was when the Vietnam war was going on) – they left the car for him so he would have it when he got out, and then flew home back to Michigan. He has never been on an airplane since, though he has always shown an interest in air travel but never really had the chance.

This is where things get a little bit personal

My grandmother (also 90 years old) is suffering from dementia, and my grandfather has been doing his best over the past few years to take care of her at home. Unfortunately, she has not been doing well, and a few months ago my family decided that it was time to put her in a place where she could be taken care of by professionals 24 hours a day. This was the best decision, simply because her mental state has deteriorated so much that she doesn’t know anyone anymore and it doesn’t really matter whether she was in a hospital or at home. She simply doesn’t know the difference. It was also a good thing for my grandfather, who had been struggling both mentally and physically trying to take care of her by himself. It was just too much.

Now that my grandmother is in an extended care facility, the weight of the world has been lifted off my grandfather and he is now able to live a comfortable life once again. Even at 90 years of age, this guy plays golf and goes bowling twice a week, and is always working on small projects around the house. He is very healthy for his age, and he doesn’t like to sit around not doing anything. I can only wish that I have half the amount of energy that he has when I’m that age!

My grandmother’s poor health over the years has prevented them from traveling at all. My grandfather has always had a lot of wanderlust in him though, and has always expressed interest in traveling north to visit friends and family. My sister, with another one of her brilliant ideas, suggested that we bring him up to Minnesota to her house for a week along with mom and dad, making it a mini family reunion of sorts. He was so excited about this idea, and immediately agreed to making the trip. It was on!

Since my parents live in Florida not too far from my grandfather, they flew with him to Minnesota. Their routing was Tampa to Atlanta to Minneapolis, and for you fellow AvGeeks out there who may be dying to know, they flew Delta on an MD-88 to Atlanta and then an A320 to Minneapolis. Hey – this is a very airline-centric blog and I know some of you wonder about that kind of stuff! I flew directly from San Diego, but thinking back on it, I should have met them in Atlanta so we could all have flown up together. Heck, I should’ve just started the trip with them in Tampa. Oh well – maybe we will get another chance to travel together sometime soon. 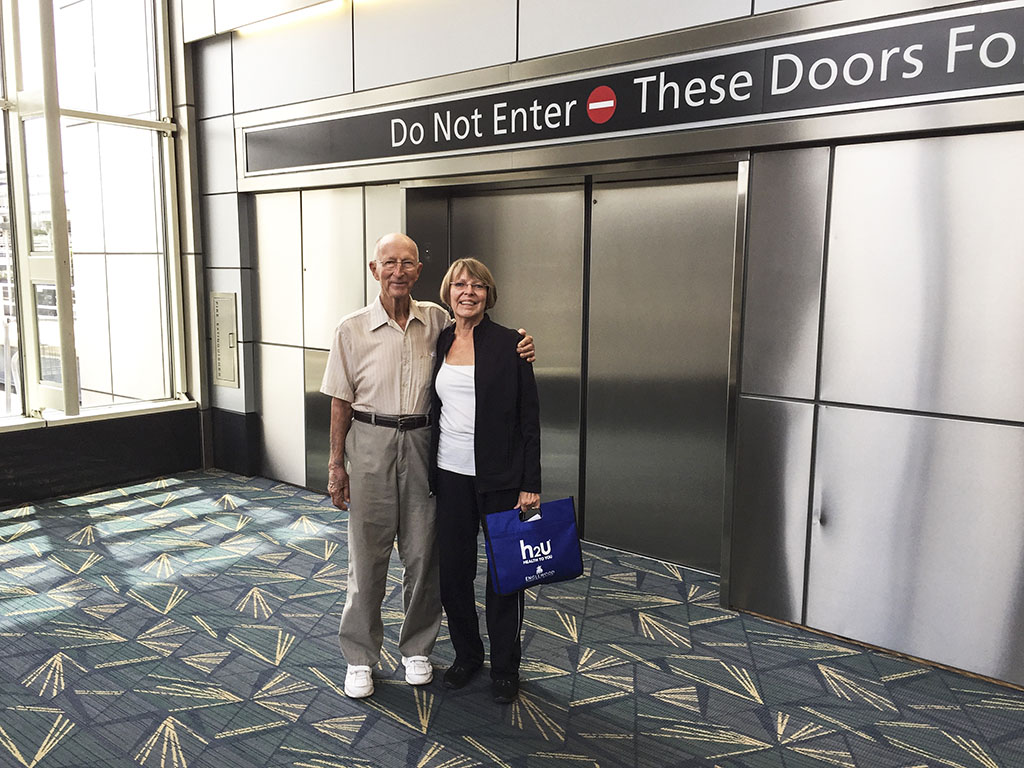 My mother and grandfather ready to get this trip started at TPA.

Speaking of my flights to Minneapolis, I decided to go with Sun Country this time, sticking to my promise that the next time I fly from Minneapolis from San Diego, it would be on Sun Country. My last trip on this airline was so good that I figured there was no point in flying Delta even if the schedule wasn’t quite as convenient. Sun Country is an airline that I quite like, and I thought this would be a perfect opportunity to try their economy class product since I was in first class last time. Would I be just as impressed? There’s only one way to find out!

Here are the flights I booked for this quick family trip:

I don’t want to give too much away yet, but I’ll just say that I’m still convinced that Sun Country is better than Delta when it comes to flying to Minneapolis. Friendlier flight attendants, better service, and a smaller and more easy to manage terminal at MSP is tough to beat. Unfortunately, if you haven’t been following the news lately, the CEO of sun country has announced that they are switching to a lower-cost business model which will likely degrade their service a bit (my words, not his). Details are sparse at this point, but the Sun Country I know and love maybe disappearing soon. And that kind of sucks.

More importantly, my grandfather had an awesome experience flying up to Minneapolis and back from Tampa with my parents. Although he hadn’t flown in 48 years, he managed to get free drinks from the flight attendants along with a set of plastic wings (the kind of they gave to young children) from the pilot himself. I’m telling you – he makes friends wherever he goes! 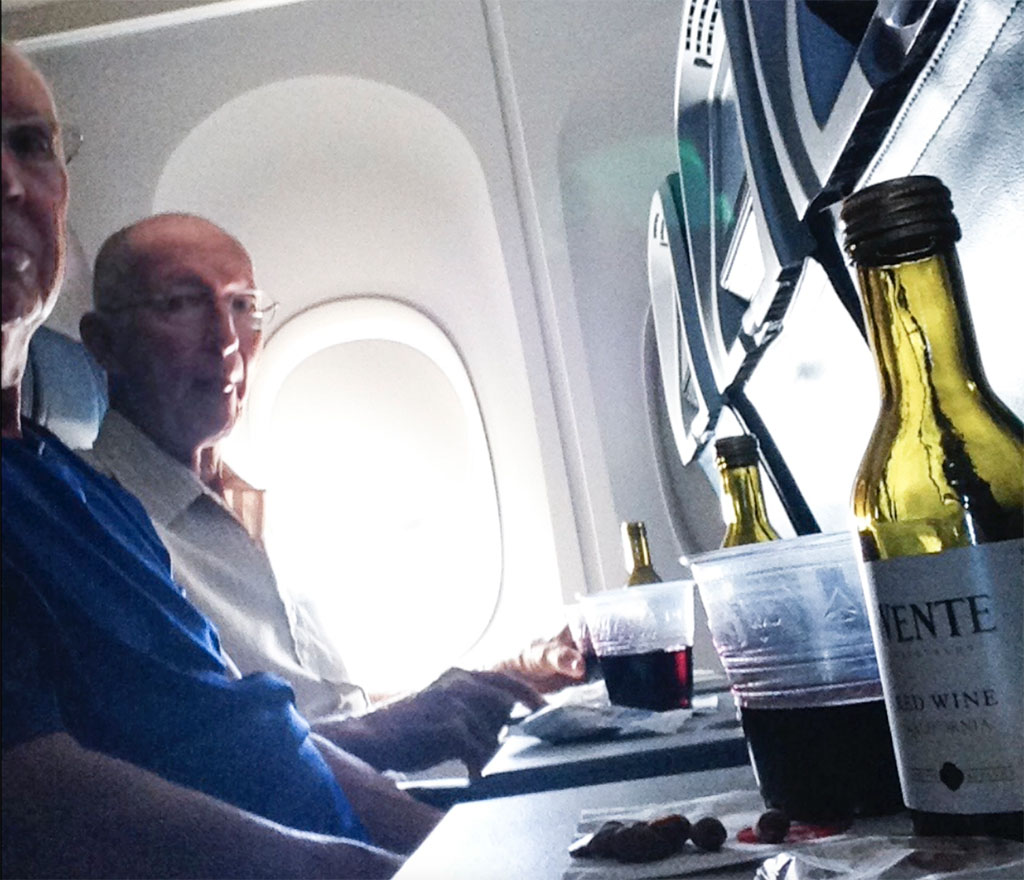 Enjoying free drinks with my father on the flight from ATL to MSP!

It was also quite interesting to listen to him talk about how air travel today is nothing like he remembered from 1969. Everything seemed new and high tech to him, and he was actually surprised at how easy the process was. The good news is that we are already talking about the next family trip, and I’m hoping there’s a chance that we can bring him out to San Diego sometime. I’m going to have to start working on that one…