I’m usually pretty late to the game when it comes to mainstream media and trends, and it was only last March that I first discovered Casey Neistat on YouTube. His style of storytelling combined with some pretty epic video editing skills have been entertaining millions of people for over 15 years now, so I did feel a bit behind the curve when I first discovered him. And I’m glad that I did – the content that Casey produces is so good, and his creativity so contagious that I can’t help but to feel overwhelmingly inspired to crank up the quality of my own videos better after watching one of his. He’s that inspiring. 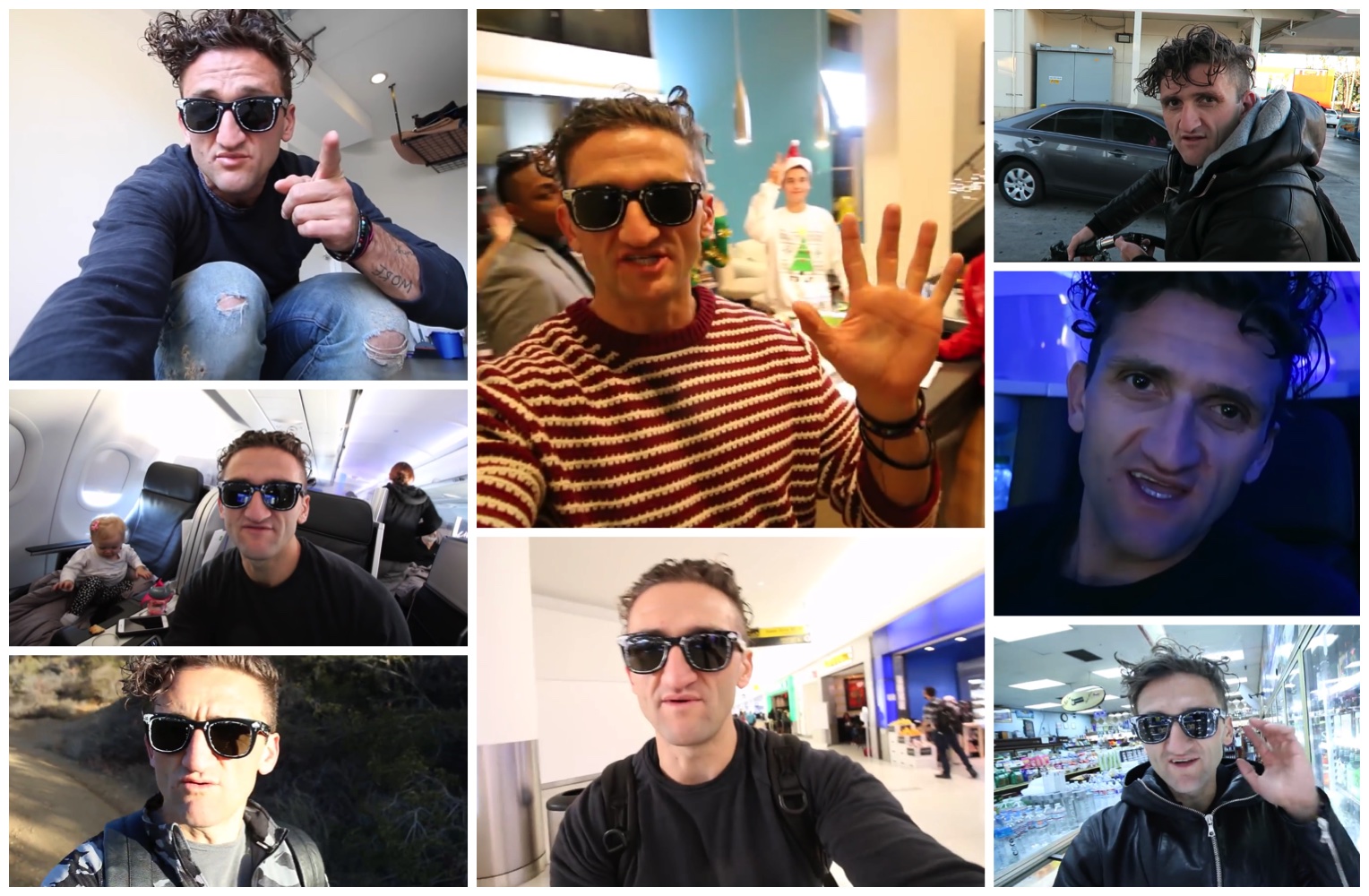 Casey doing what he does best: telling great stories.

Unfortunately, those of you who’ve been following Casey for the past year or so are probably just as crushed as I am about his recent decision to stop vlogging so that he can focus on “what’s next”. What exactly that is is anyone’s guess, but his daily vlogs were so fun and creative that I looked forward to each and every one of them with great anticipation. I’m going to miss those 10-minute nuggets of quality entertainment every day.

One of the things I like most about Casey is his passion for travel. That love of travel combined with his great storytelling skills have made for some very entertaining videos over the past two years, and the thing I find most interesting about his style of filming is that he’s actually a better trip-reporter than 99% of other trip-reporters I’ve seen on YouTube. And he didn’t even try to make good trip reports – he simply filmed the process of traveling, edited it in a way that only Casey Neistat can, and ended up with some really great content. For example, check out this recent video he made of his first class experience on an Emirates A380 from SYD to DXB – I can only dream of making content this good:

The way that he just sticks the camera in his face, says what he needs to say with no shame, and tells the complete story of being on that flight is really inspiring. Sometimes I tend to overthink all of my own videos (in both filming and editing), and if there’s one thing I’ve learned from Casey, it’s the value of just doing whatever it takes to get the shot – without overthinking it.

Tracking Casey Neistat’s travels over a one year period

Casey was so good at documenting his travel in his vlogs that it was pretty easy to identify every single route, airline, and aircraft that he flew. This was something that I appreciated right from the beginning, and the stats freak in me wasted no time in creating a spreadsheet to document his travels. At first I was only doing it for fun, just to be able to tally up the miles he’s flown and the airlines he experienced. This was done completely out of my own jealousy for the amount of traveling he was doing, and I was having lots of fun plotting all this data out into fun charts and graphs in order to get a better look at his travel patterns.

My ultimate goal was to track each year of Casey’s travels and post that data once-yearly here on SANspotter.com. The fact that I had only discovered him during March of this year meant that I had to do some backtracking which required watching all of his videos from January 1st to make sure that I had all of his flights documented for the year. Then, come January 1st 2017, I was going to compile all of that data and post it here on the blog.

But then he quit vlogging. That means he is no longer filming his trips in such great detail and I found myself unable to finish this little project of mine. So not only was I crushed when he stopped vlogging, I felt a bit defeated when I realized that I would be unable to document a full year of his travels! What to do, what to do…

Long story short, I decided to backtrack a little further to November 2015 and document all of his travels since that time. That meant I would have data from November 2015 to November 2016 to post here, which was still true to my goal of tracking one year of Casey Neistat’s travels. Ready to see some data? Read on!

Here is the spreadsheet that I used to track Casey’s flights over a one-year period (November 2015 to November 2016), based on what he showed in his videos on YouTube. It’s kind of long, so get ready to do some scrolling!

Please note that there are some missing pieces in this spreadsheet – anything labeled with a question mark (?) means that I’m not 100% confident about that piece of data, and it was just a best guess based on what I could see in the video. Also, there was a 1-week period in late August when he and Candice (his wife) traveled to Europe and essentially took the week off. They did a lot of flying during that period, and not much of it was filmed, so there are some unfortunate gaps there.

So now that we have a mostly-compete flight log documenting one year of Casey’s travels, let’s break down some of data and pull out the interesting bits:

And now, let’s have a look at some charts and graphs showing some additional flight data:

Casey’s top airports and airlines over the past 12 months. JFK and jetBlue are tops, which isn’t surprising considering that he’s based in New York.

Casey’s top aircraft and routes over the past 12 months. The A321 and transcon routes (JFK-LAX/SFO) are tops due all those business trips to the west coast on jetBlue.

He’s done a fair bit of interesting travel over the past year, hasn’t he? Casey’s not a true road warrior by any means (at least in flyertalk terms), but the amount that he travels is something that I can only dream of doing myself. And when it comes right down to it, the 198,361 miles he flew over the past year seems to be the perfect balance of fun vs. work. That amount would definitely be enough for me to quench my own wanderlust, and I’m pretty sure that anything less wouldn’t be as fun – but anything more might be too much.

It was really interesting and fun to track Casey Neistat for a year and compile all of his interesting travel data, and I’m totally bummed that I won’t be able to do it anymore. Thanks for letting us come along with you Casey. It was fun while it lasted!