This was the first time I used the Delta mobile app to check in – and I’ve got to say it was fairly decent experience. Here’s the entire check in flow for today’s flight. 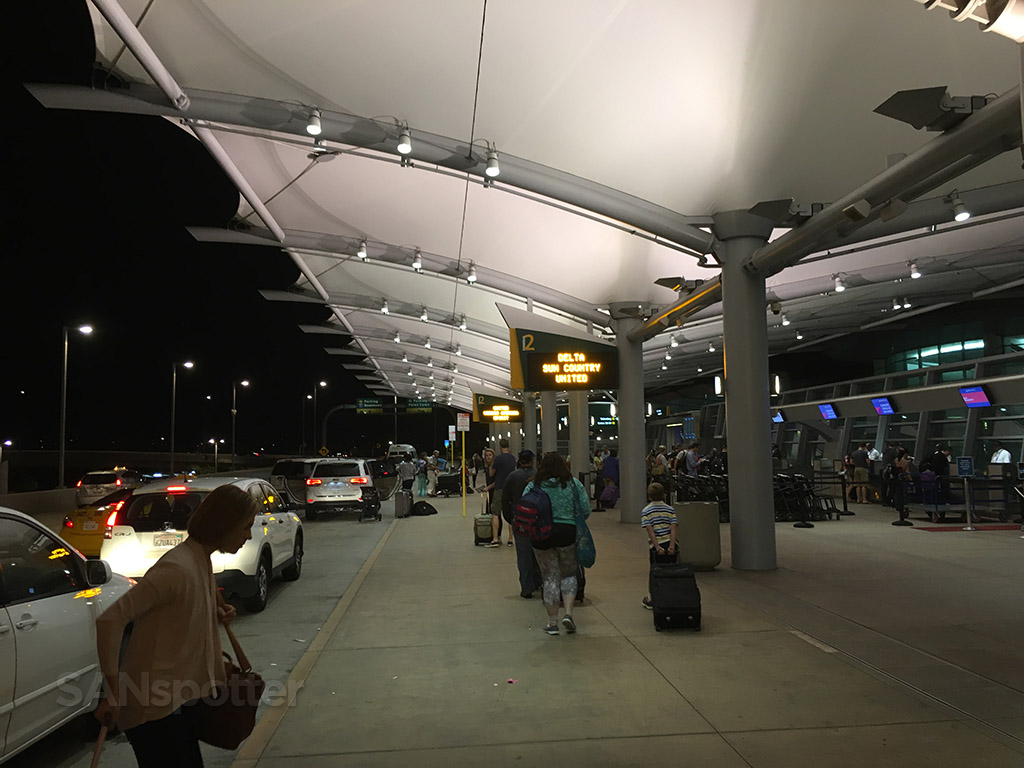 Hmm, the crowds don’t seem so bad for a holiday weekend, do they? 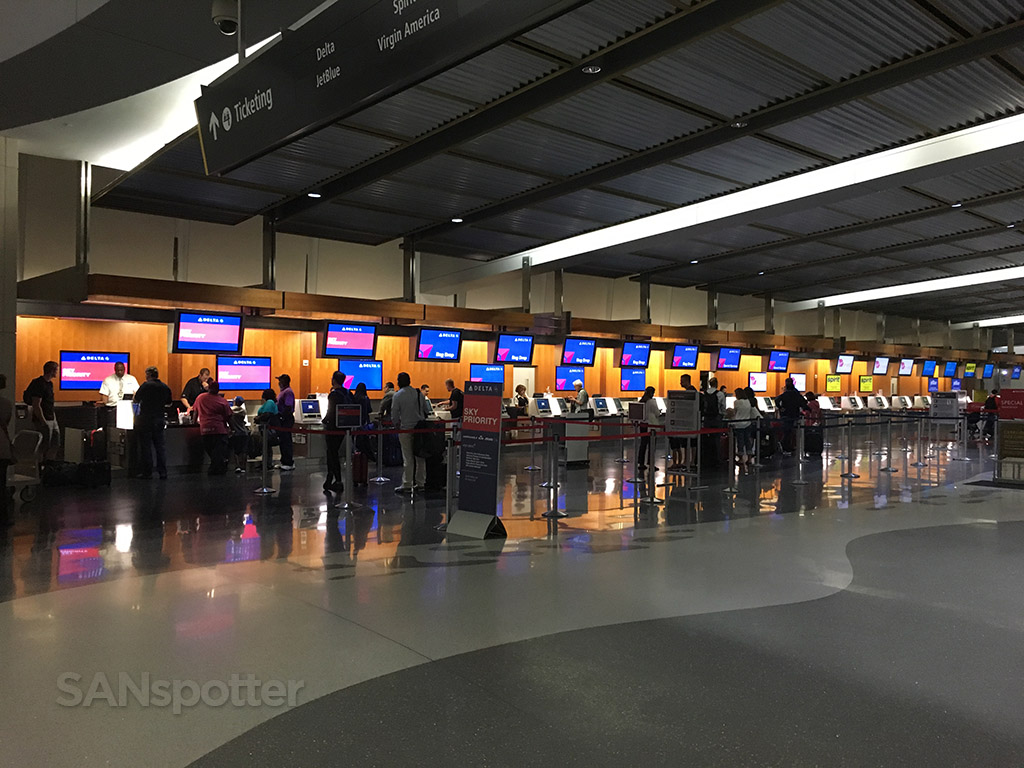 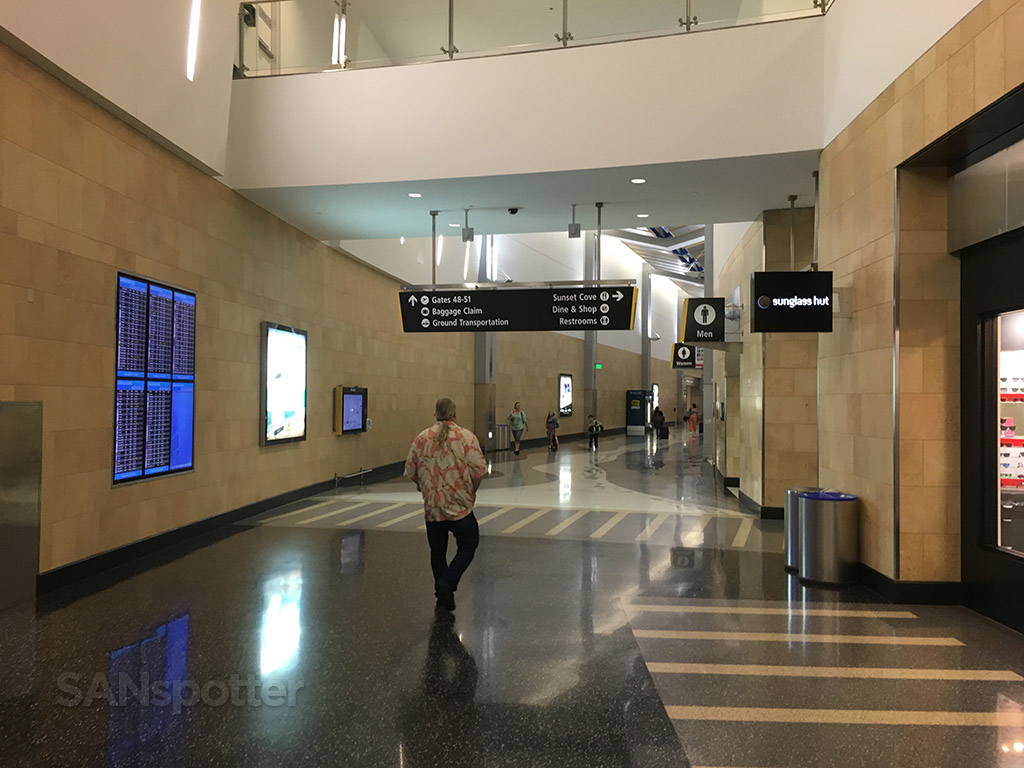 Making my way down to gate 51 – the departure point for this morning’s flight to ATL. 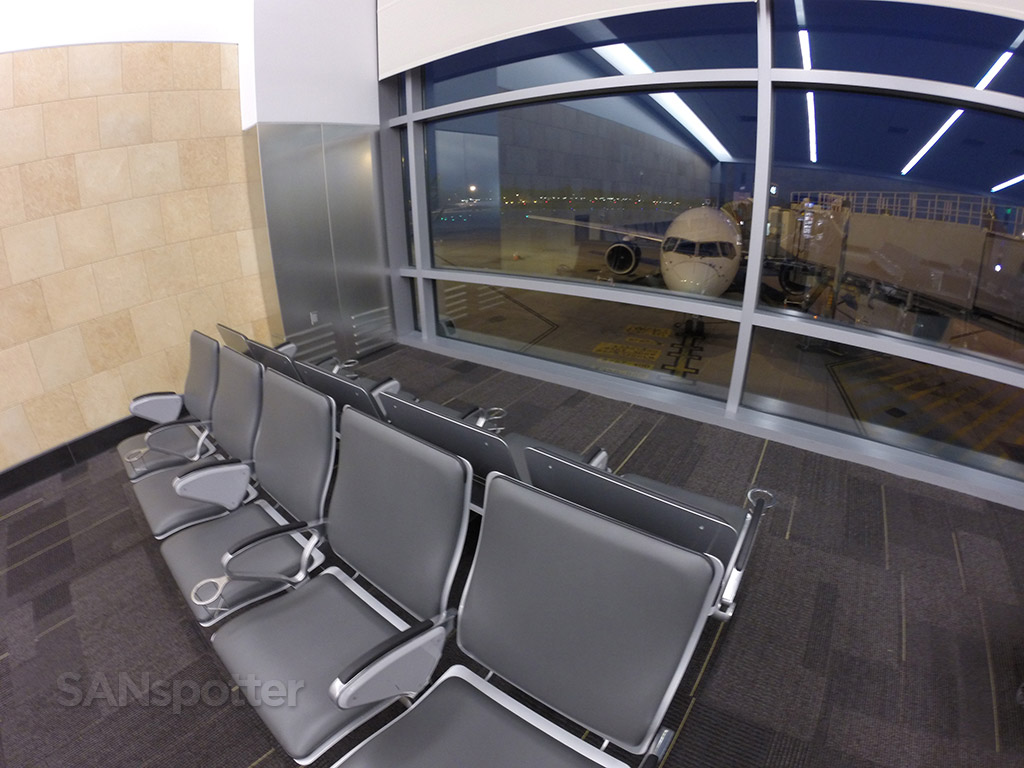 I had some time to kill, so I found this nice quiet spot at gate 48 to sit and relax for a bit. 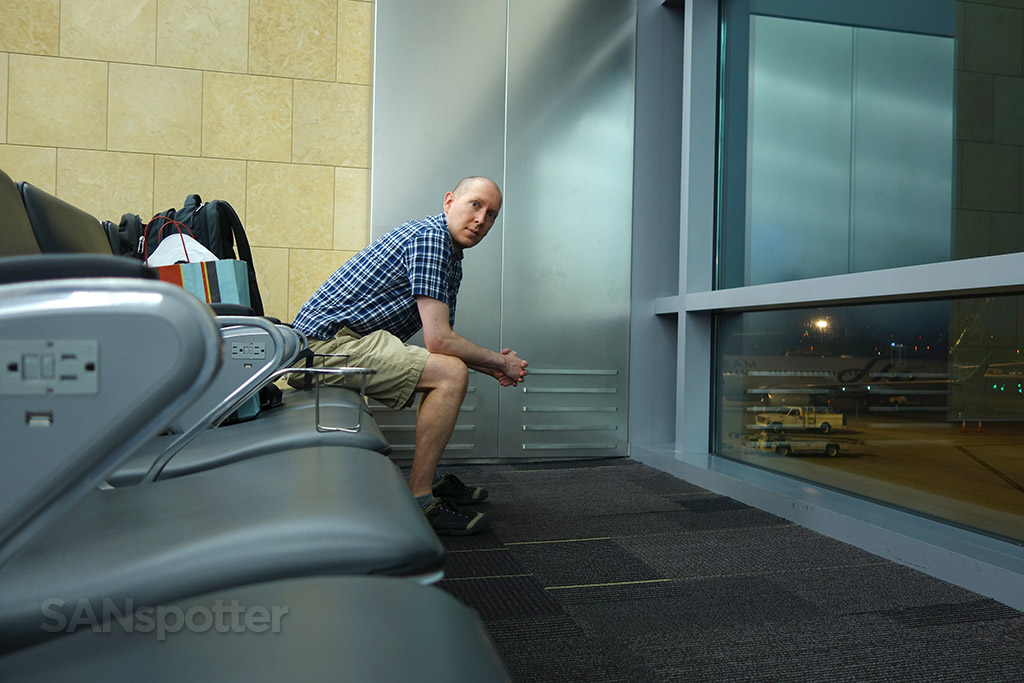 That’s me, looking like a dork as I try to get some decent “airport selfies” for this trip report. 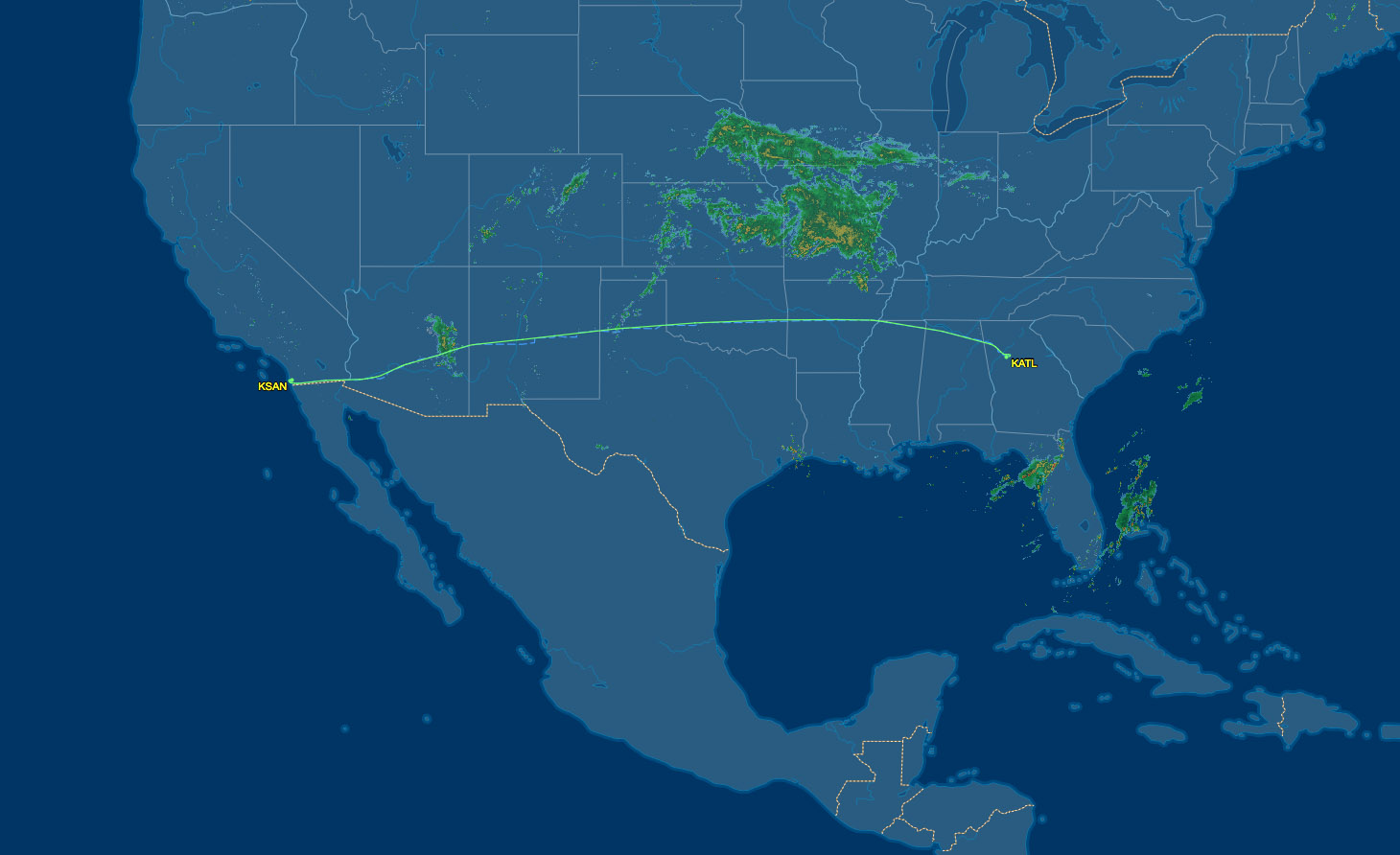 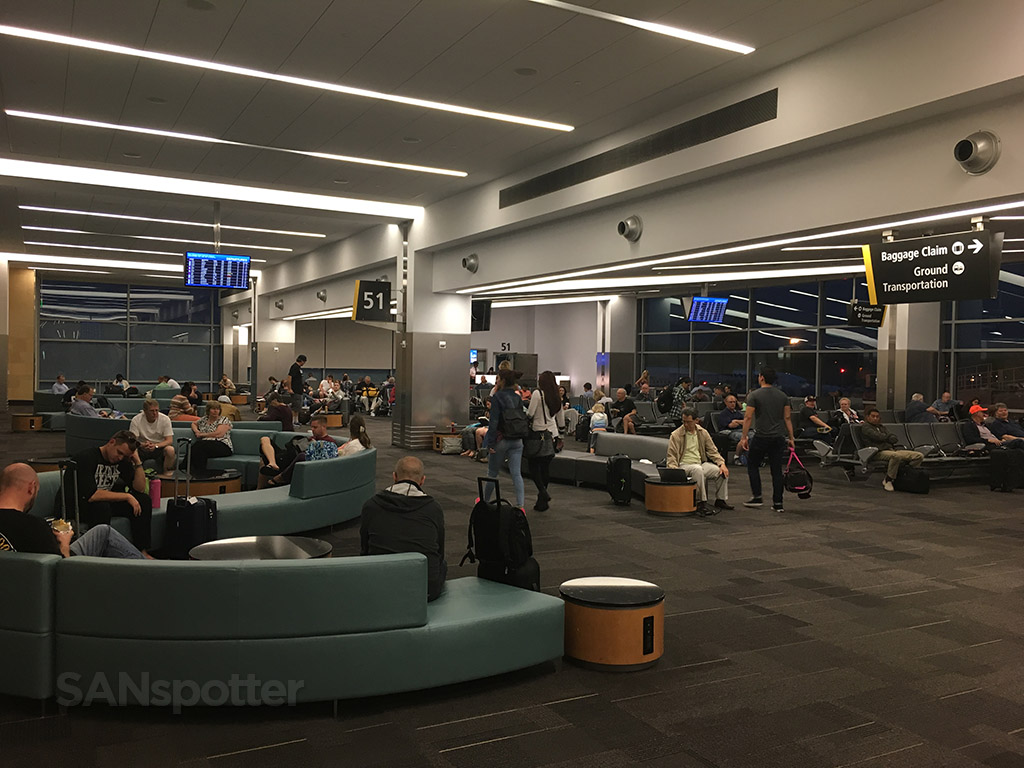 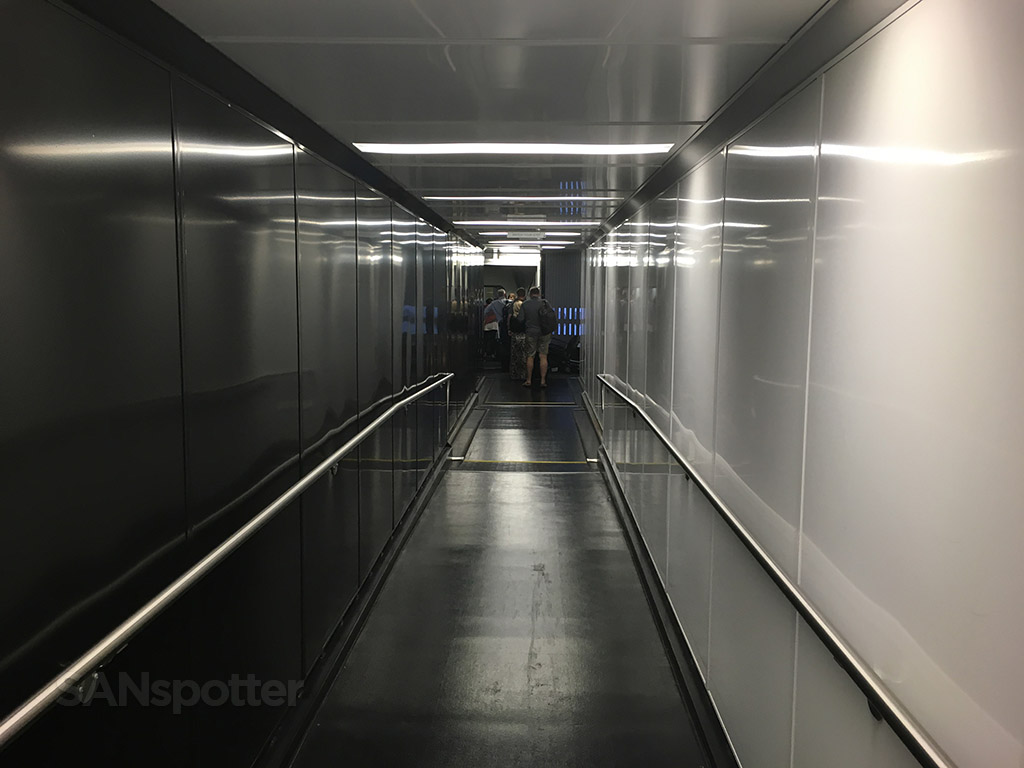 Walking down the jet bridge to board the flight. 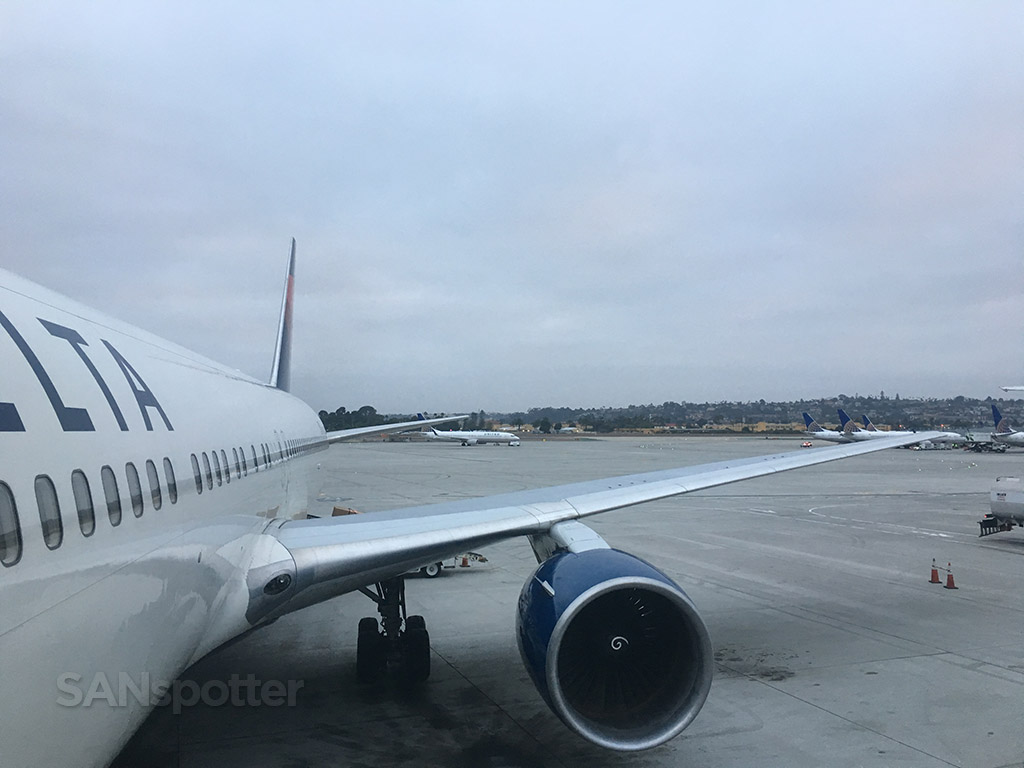 A quick peek from the window of the jet bridge just before I stepped onboard. 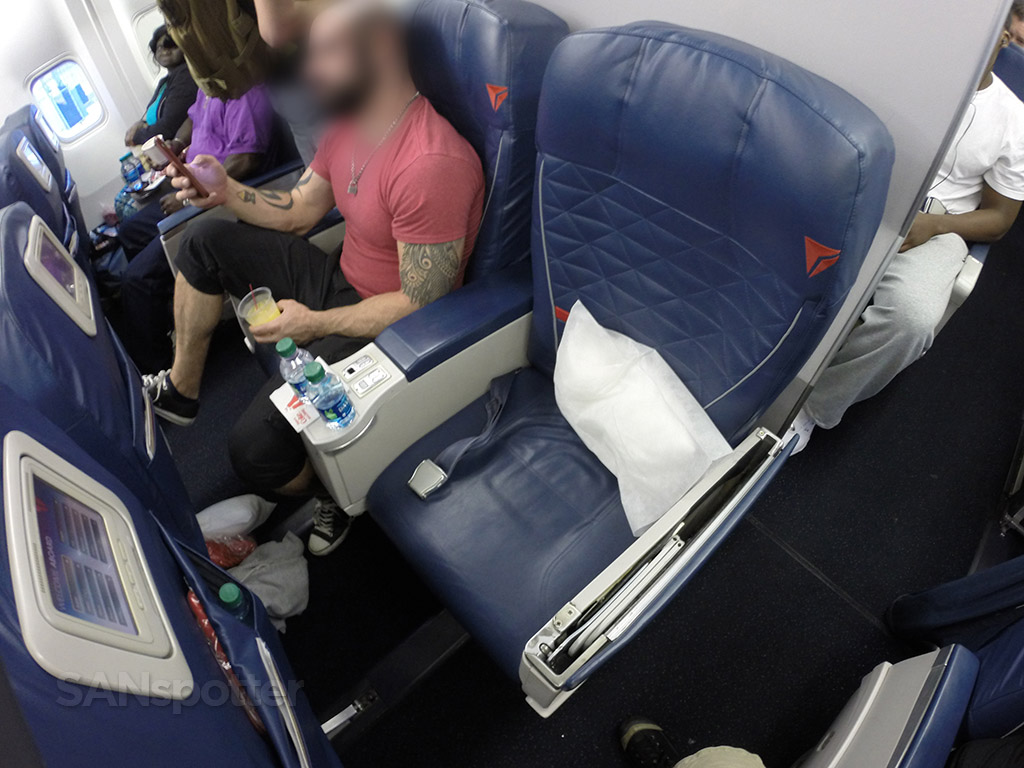 That’s my seat (5C) – in the very last row of the first class cabin. 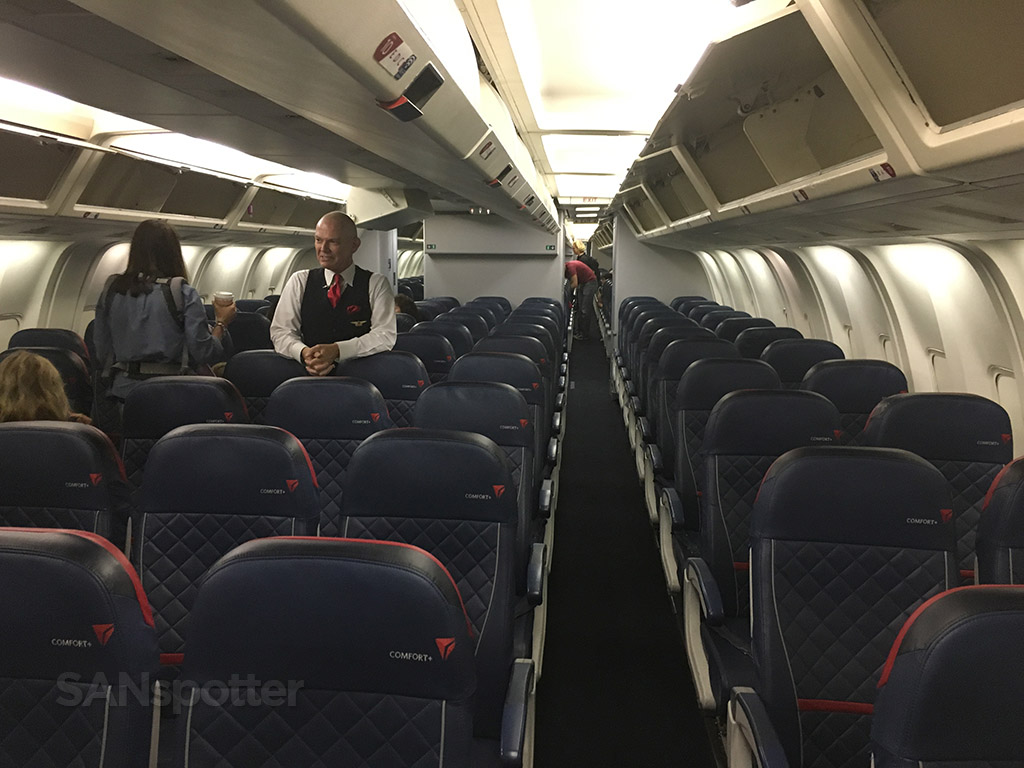 Before sitting down I took the opportunity to snap a pic of the Comfort + section . Looks nice! 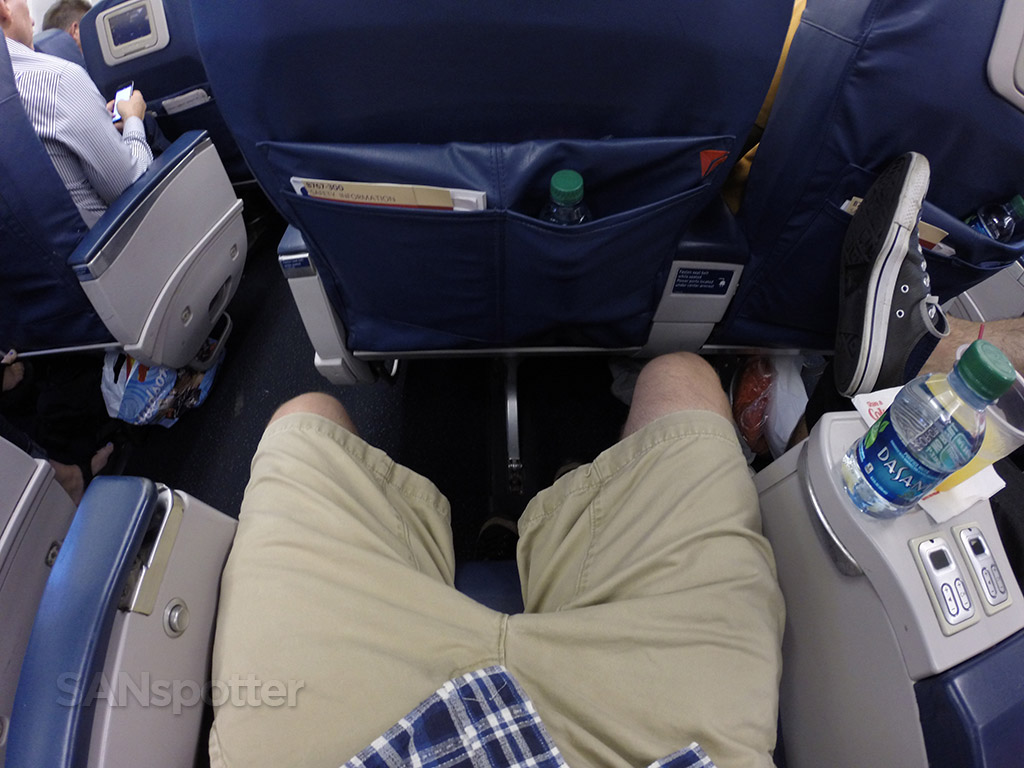 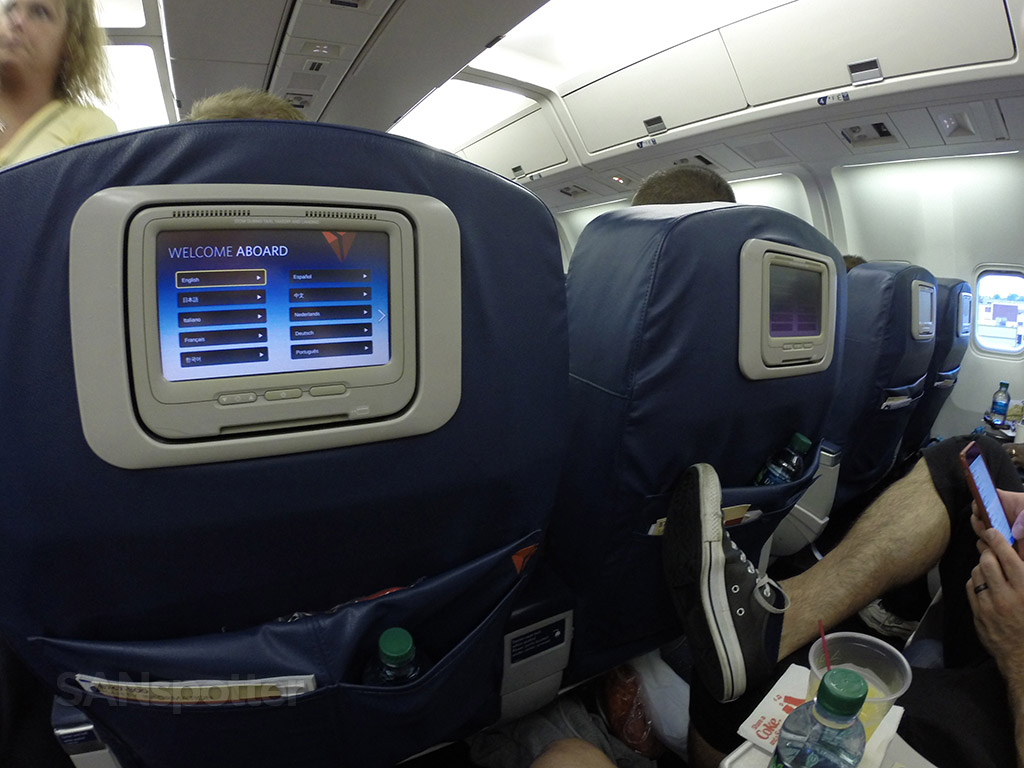 Leg room was tight enough that my seat mate (not a very tall guy) was finding it difficult to get comfortable. 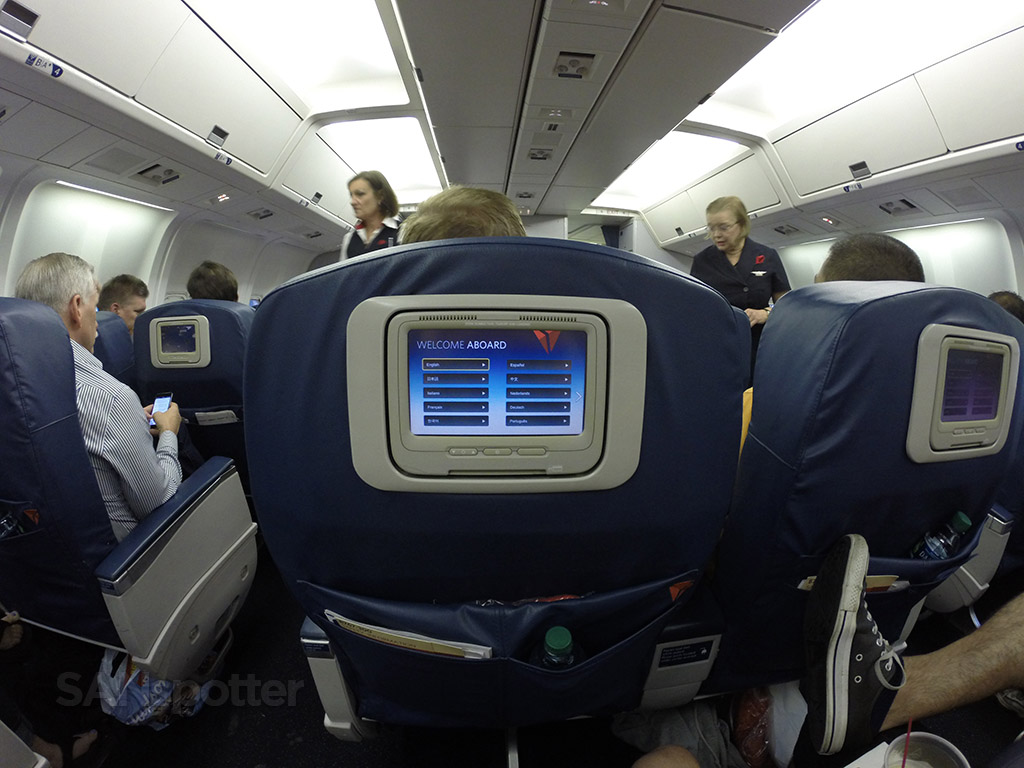 Even though the seats were wrapped in the new seat covers, the PTV’s were showing their age. Mine was not very responsive and required very hard presses to get it to respond to any input. 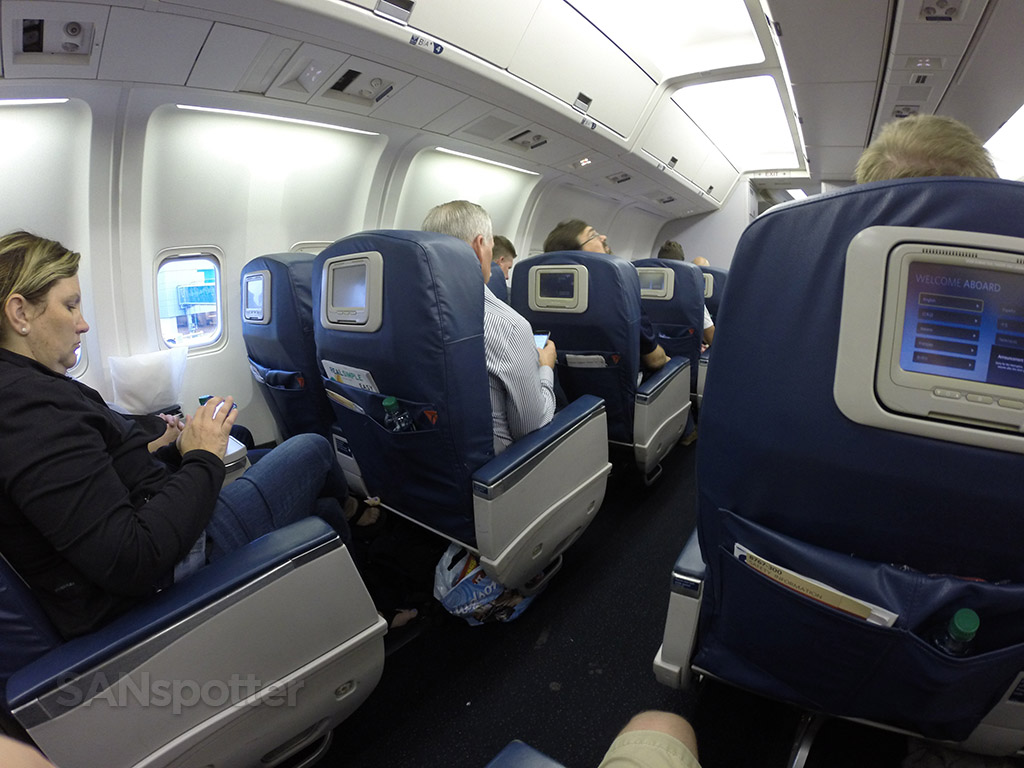 View of the first class cabin from my vantage point. 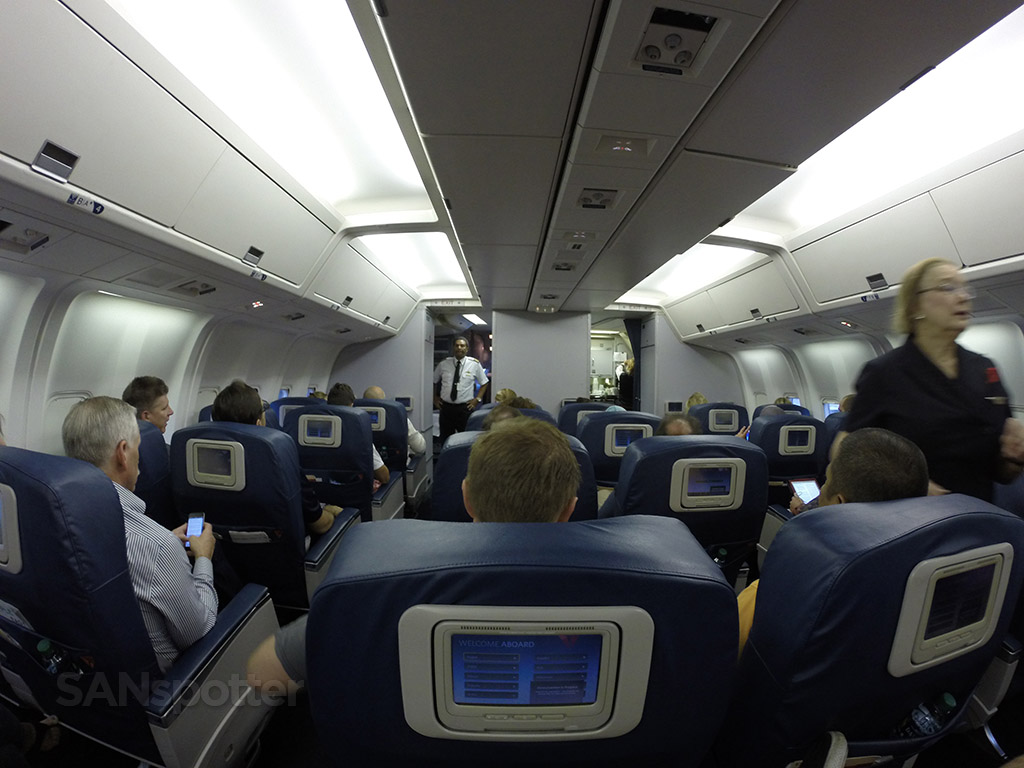 Another view from the back row. 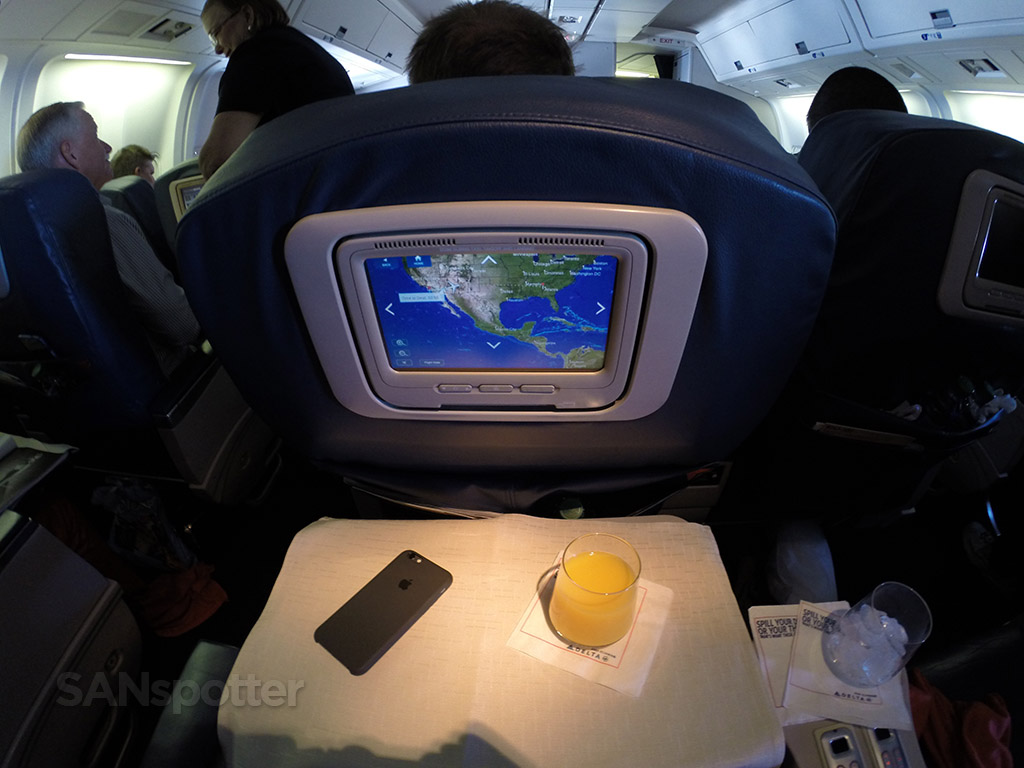 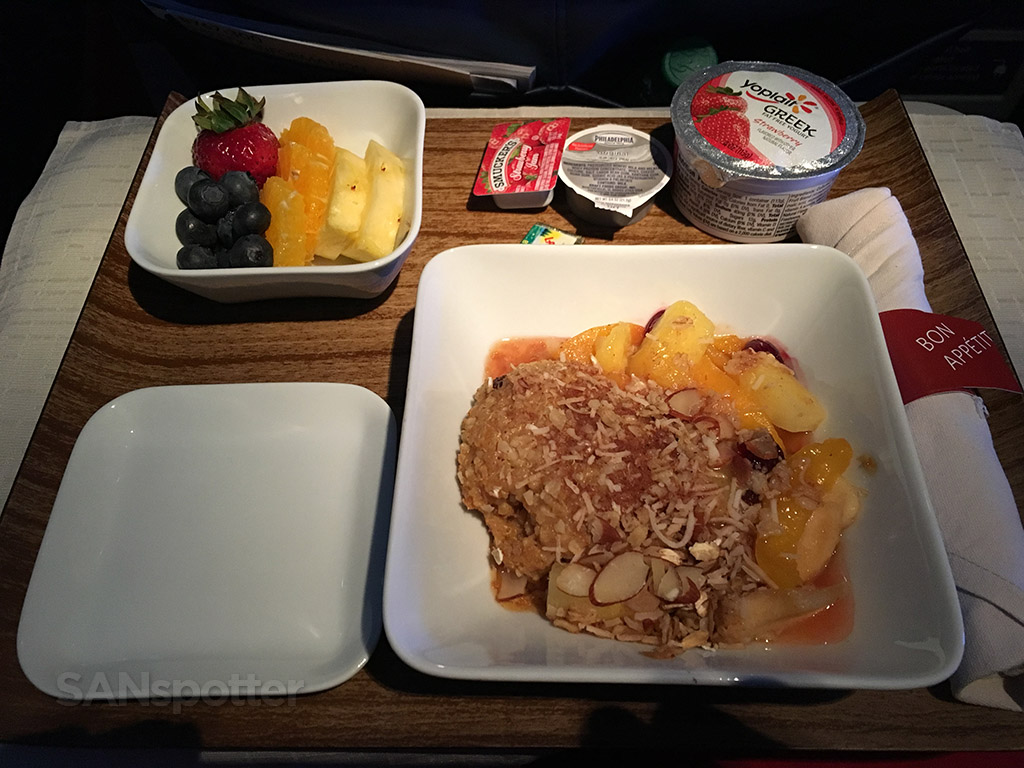 Breakfast came soon after. This is the oatmeal, which was quite tasty actually – I’m surprised it wasn’t very popular with the other passengers! 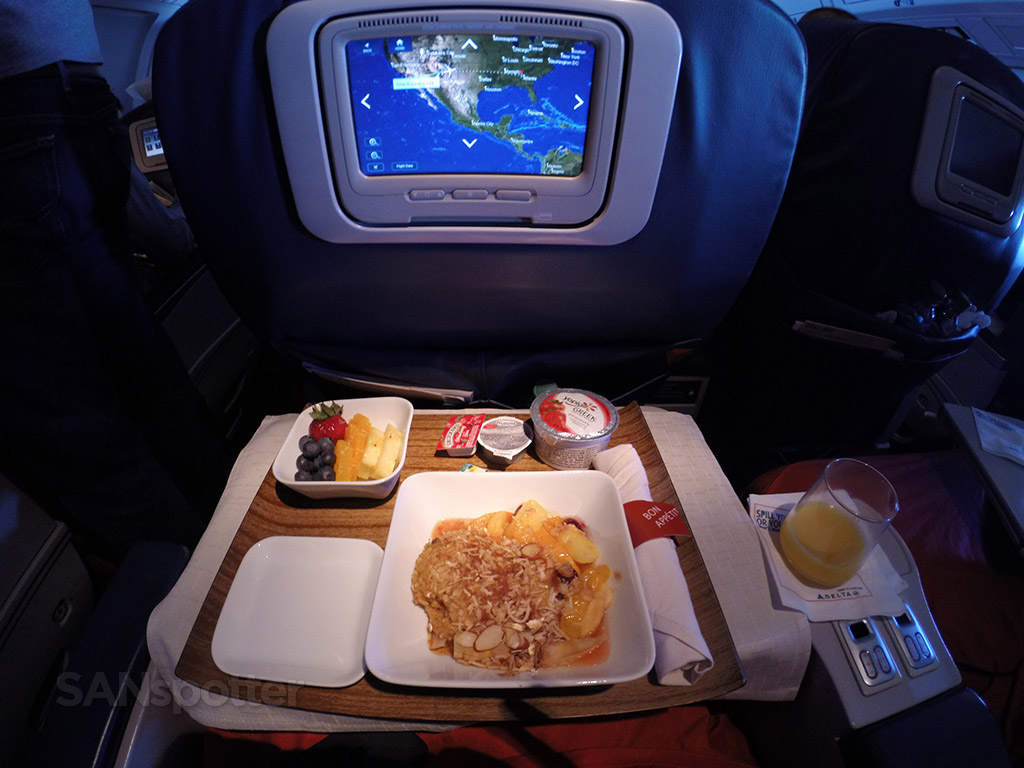 Is there anything better than watching the moving map while enjoying a first class meal?

Panoramic view of the entire cabin about mid way though the flight. 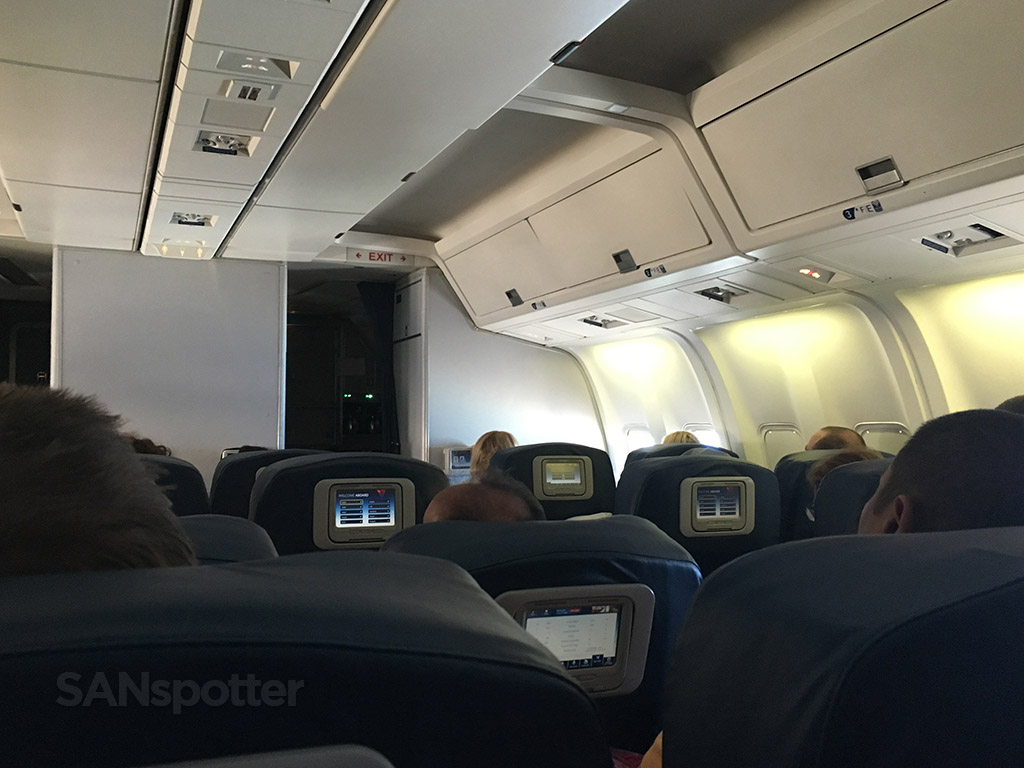 Stuck in the middle section. Man I wish I had a window seat… 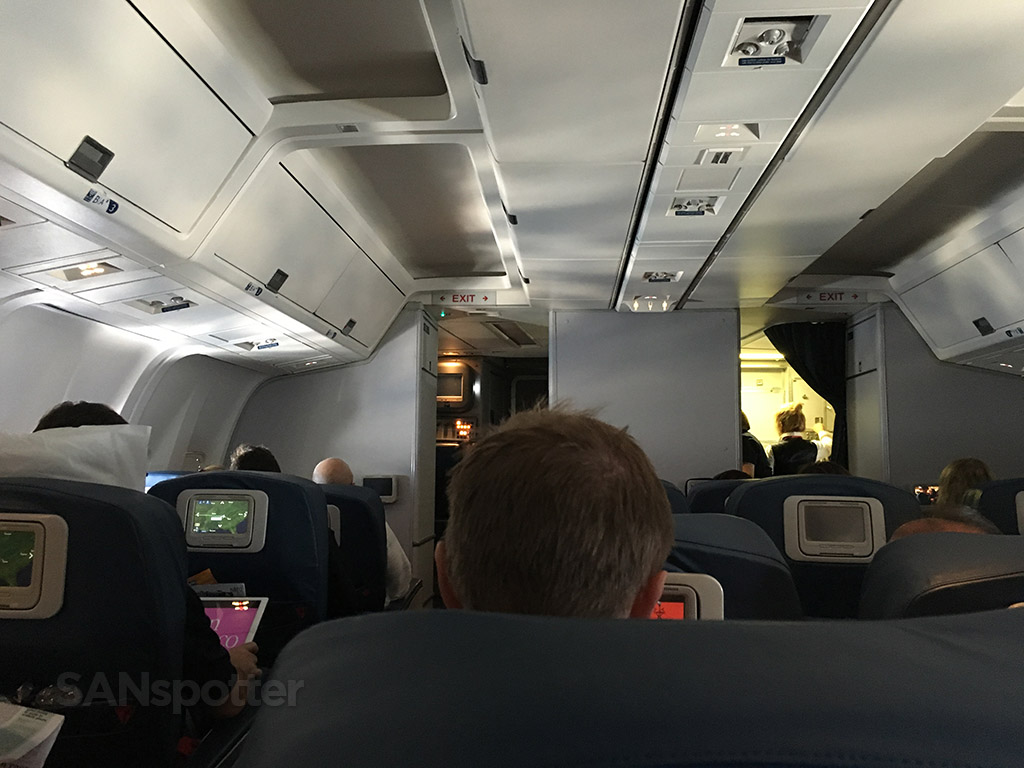 All those reflections on the ceiling were telling me that there was stuff outside worth looking at, but I couldn’t see any of it from where I was sitting! 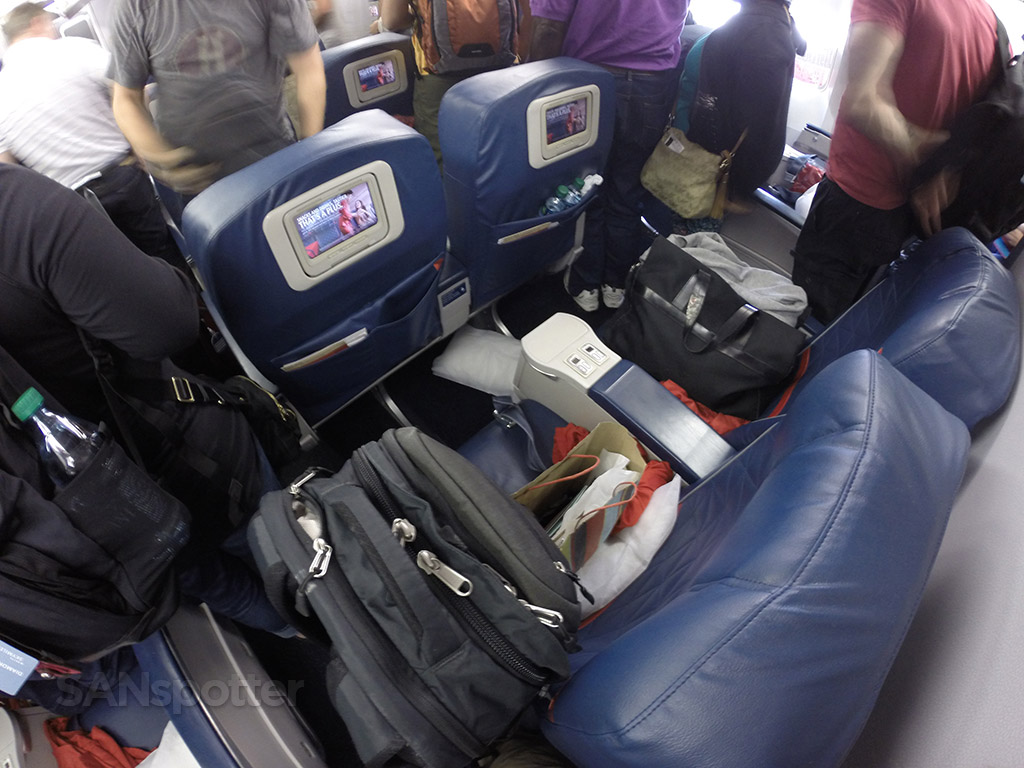 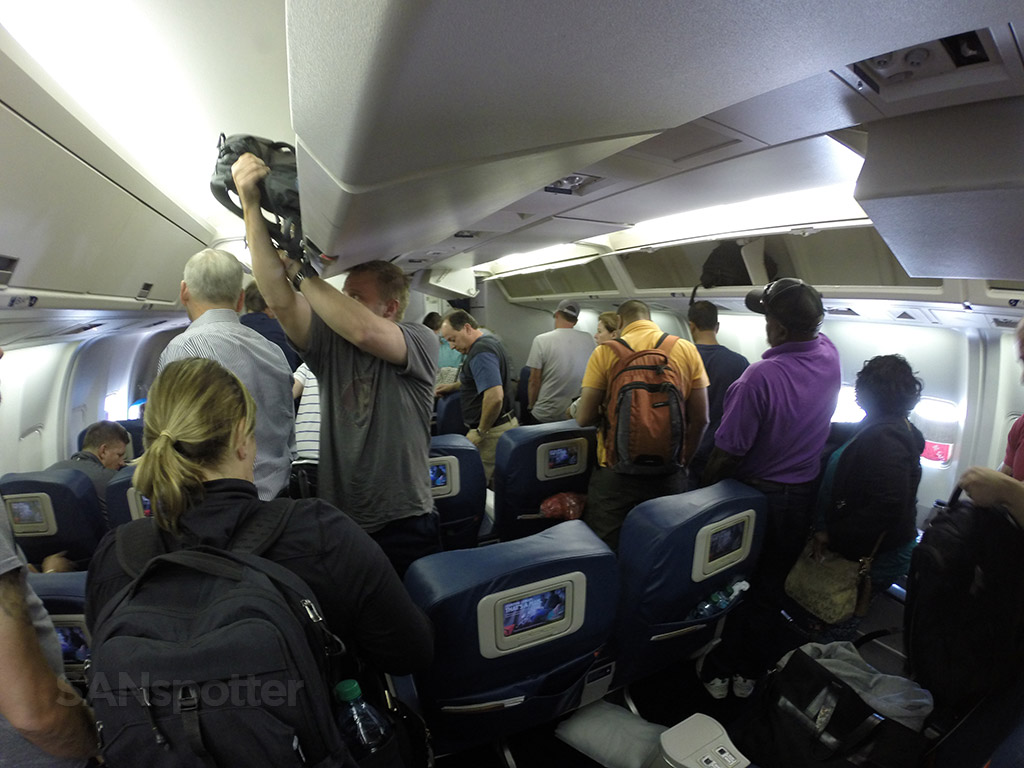 At least I wouldn’t have to wait too long to deplane – one of the benefits of flying up front I guess. 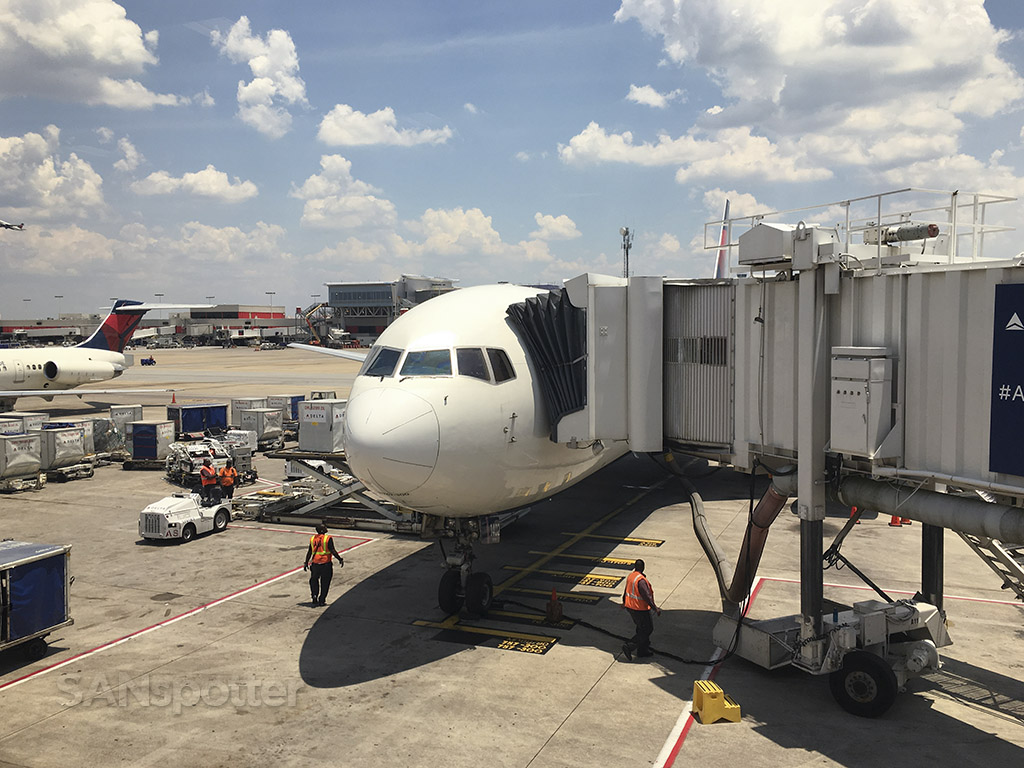 One last look at N1402A before I headed off to find my connecting flight to MCO. 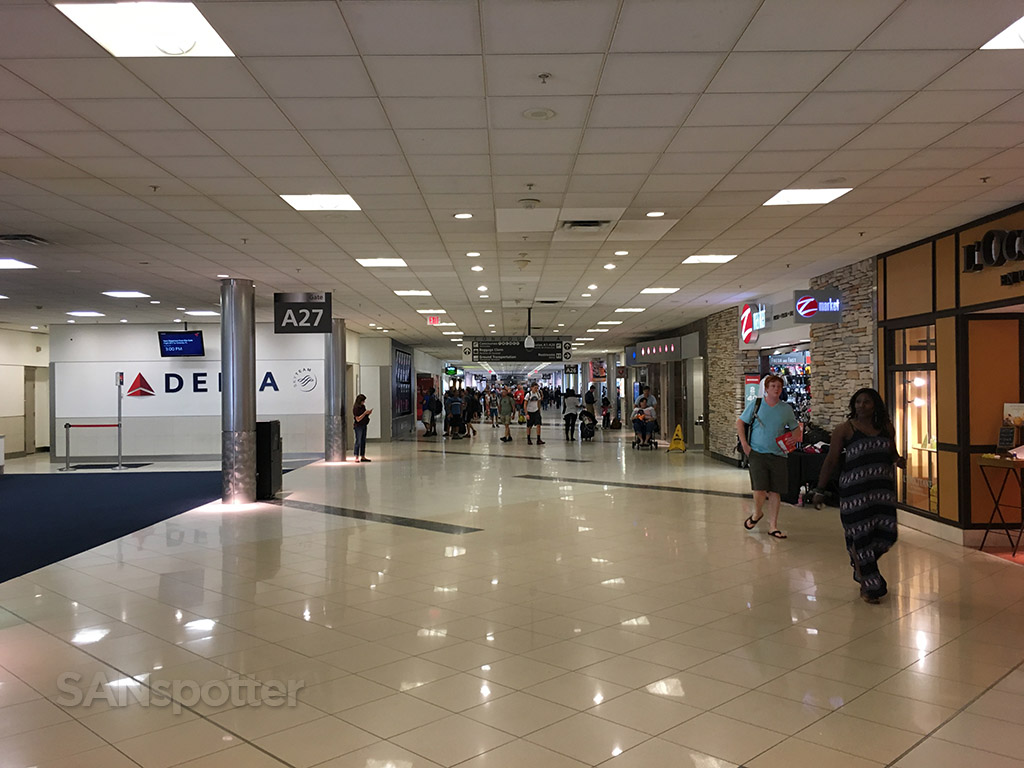 For it being a holiday weekend, the airports didn’t seem to be overly busy today. This was what I found upon arrival at ATL, which was just…weird. Normally this place is a zoo!