This particular flight up to Los Angeles was a bit on the bittersweet side for me. On one hand, it was the first time I’ve flown United Express to LAX since the EMB-120’s were retired earlier this year and I was very thankful for not having to endure the pain of flying on one of those little buzz-bombs. On the other hand, those little buzz-bombs were neat aircraft and they were always fun to fly on due to how “raw” they felt. It was always a loud and bumpy experience, and it’s a shame that they are gone from the United Express fleet for good. But those new ERJ-175’s are very nice, and it is a much needed upgrade for a busy route such as SAN-LAX. 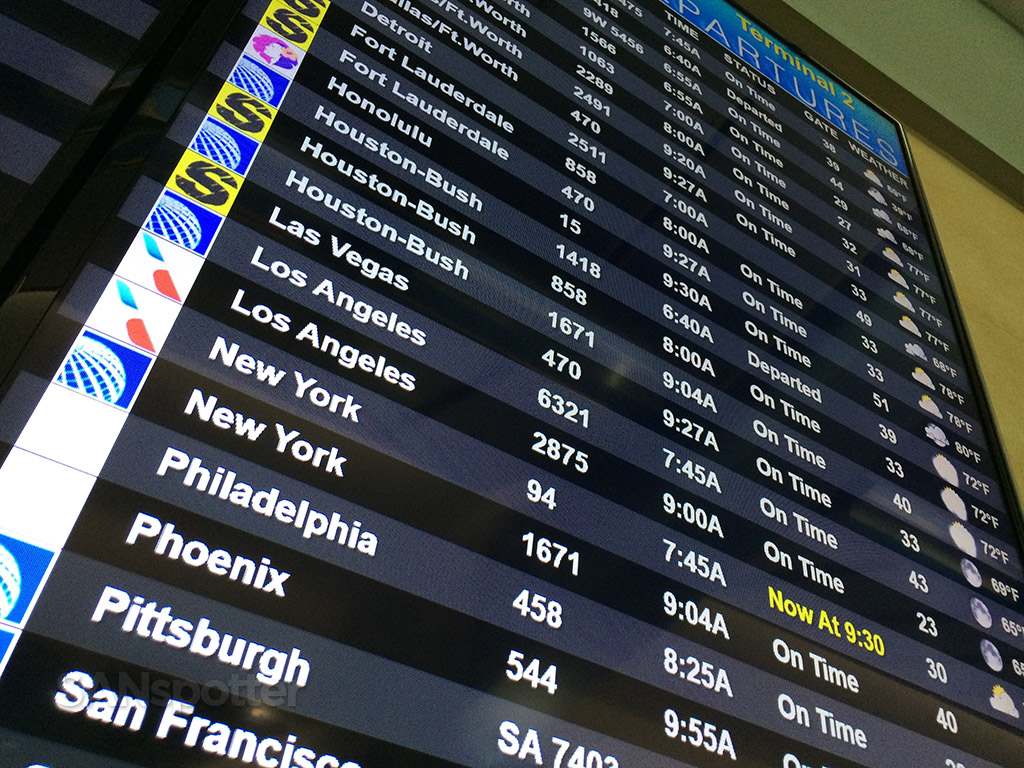 Checking the boards – yep, my flight up to LAX is on time this morning! 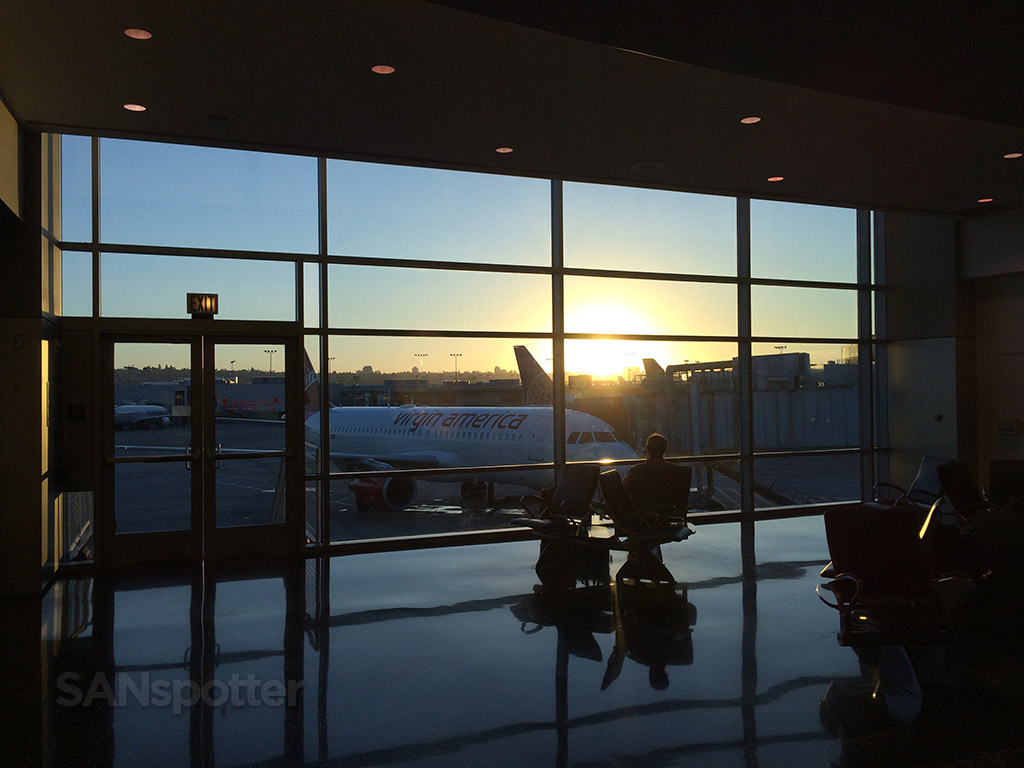 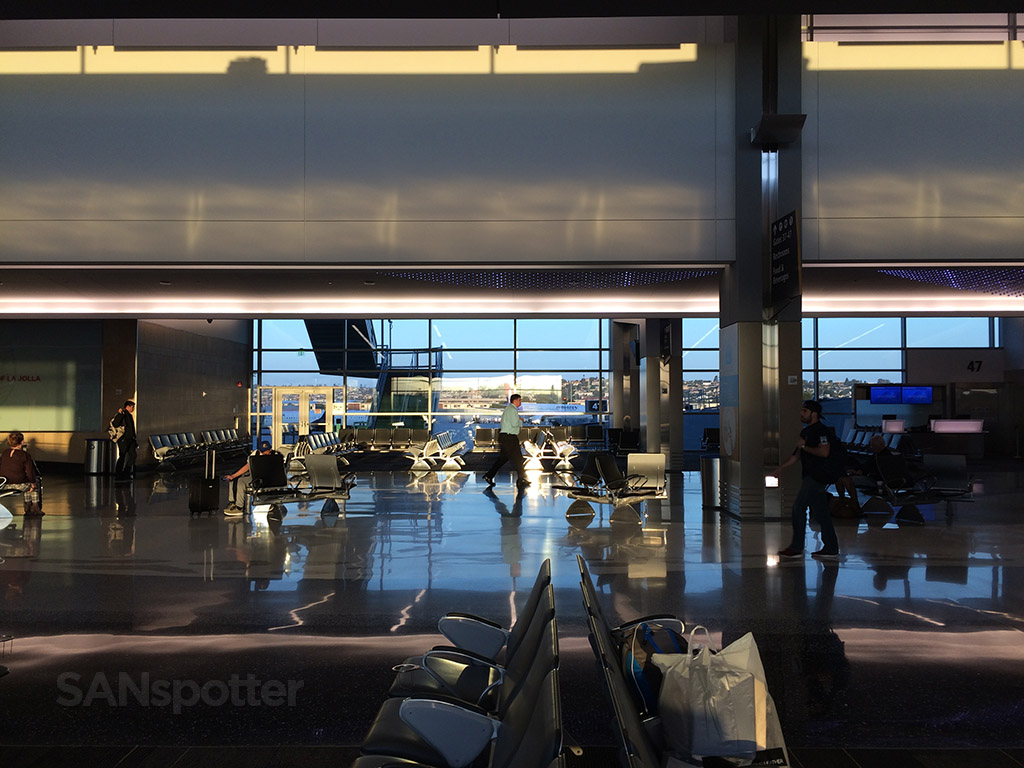 I love the way the sun catches the surfaces inside the terminal here. Beautiful! 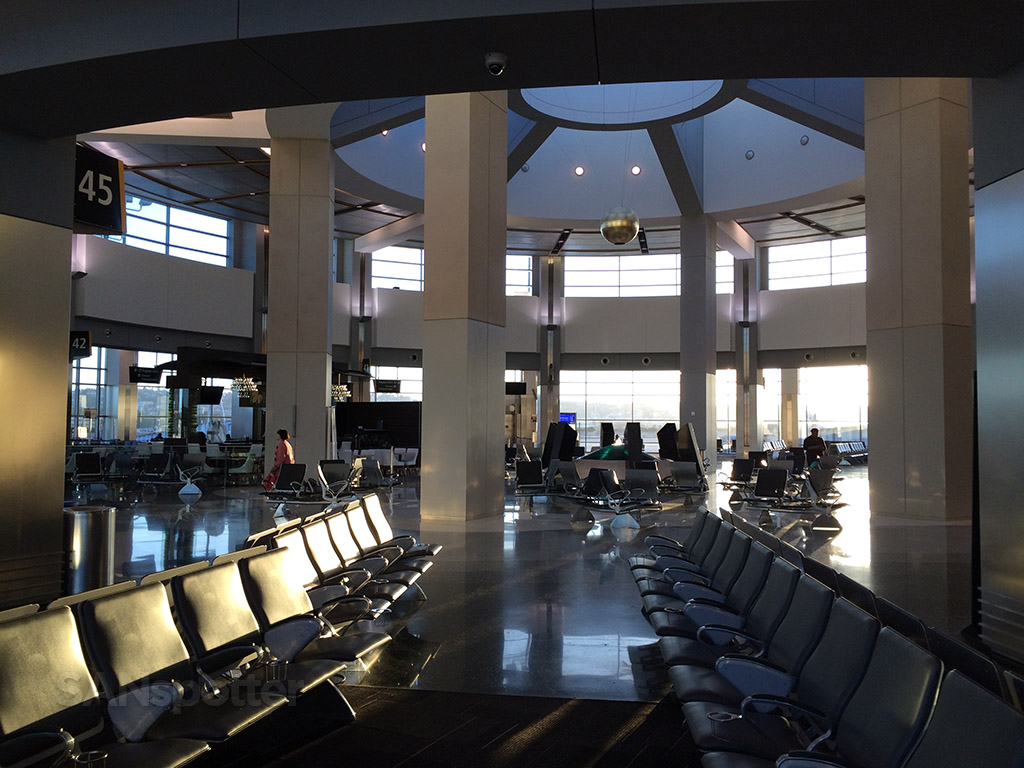 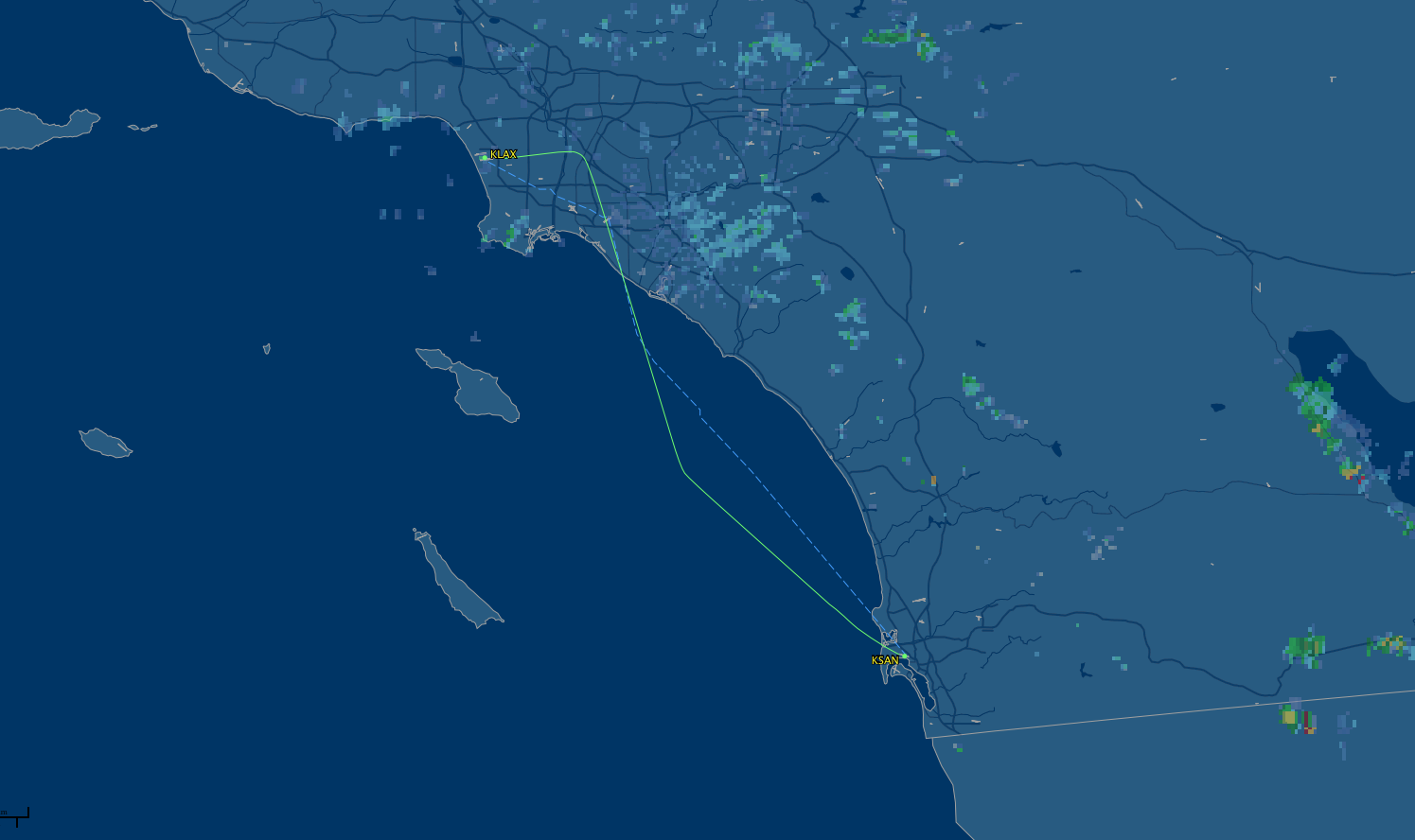 Our route to Los Angeles today: SAN4 (doesn’t get any simpler than that!) 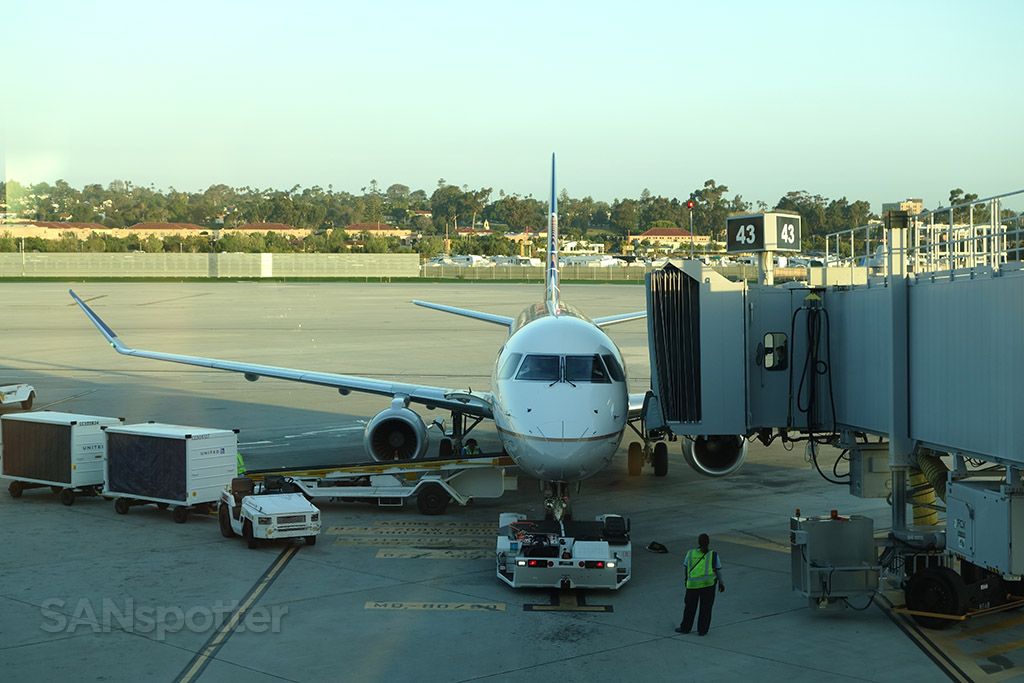 Boarding any LAX flight from the main terminal at SAN is a weird (but nice) experience now that the commuter terminal is no longer in operation, so all in all this felt just like going through the procedure for a normal mainline flight. Check in at terminal 2 west, browse the shops, maybe get something to eat – options that weren’t so readily available in the old commuter terminal!

Another nice thing about the ERJ-175 is the fact that they have a real first class cabin. Not only that, but it’s a 1-2 layout, so the A seats are single seats with no neighbor. Very nice, and you can bet that SANspotter grabbed one of those things without hesitation. Keep in mind that these are real first class seats and not the normal (tiny) seats found in the back – so it’s definitely a true first class experience and it was quite comfortable actually. 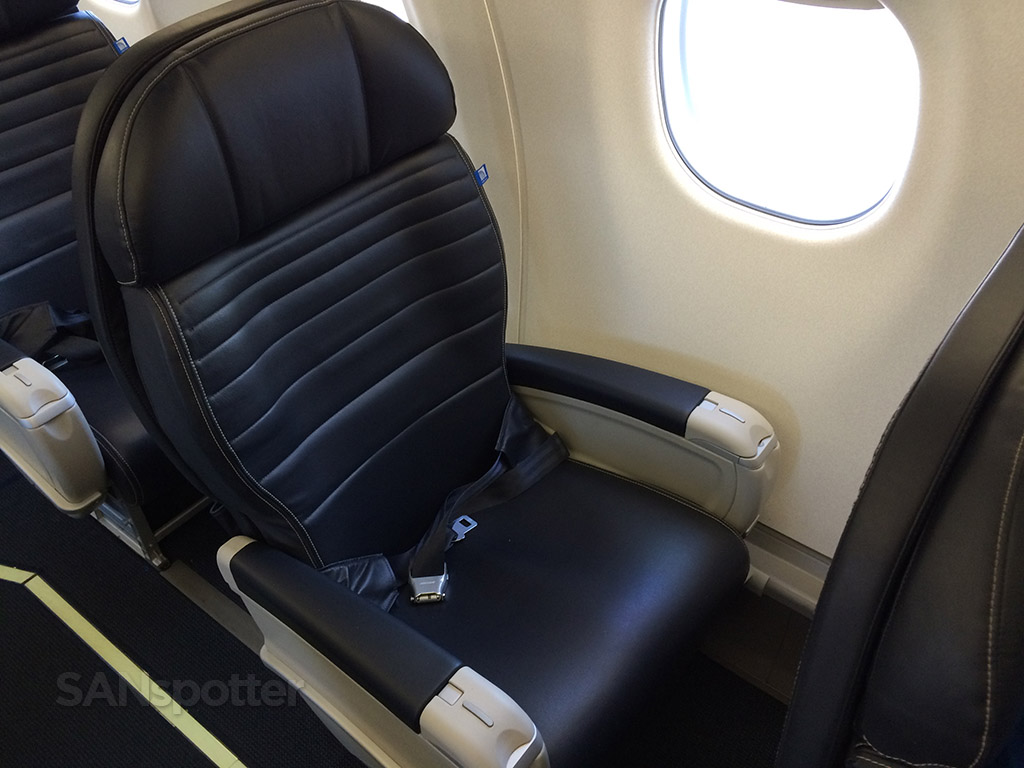 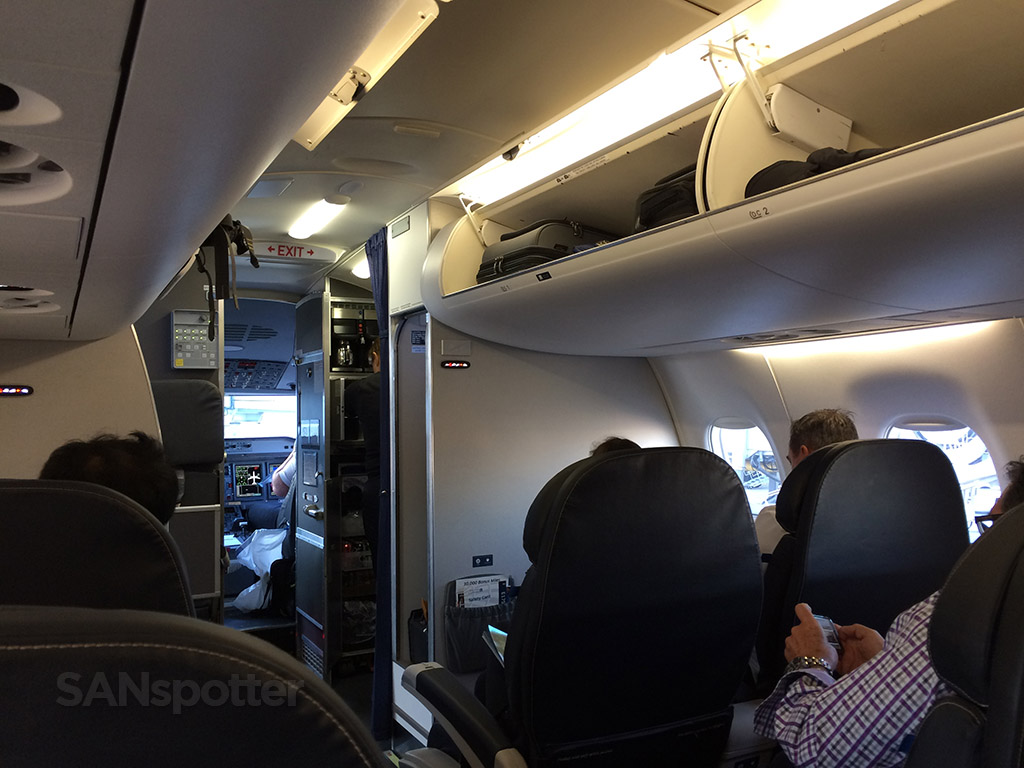 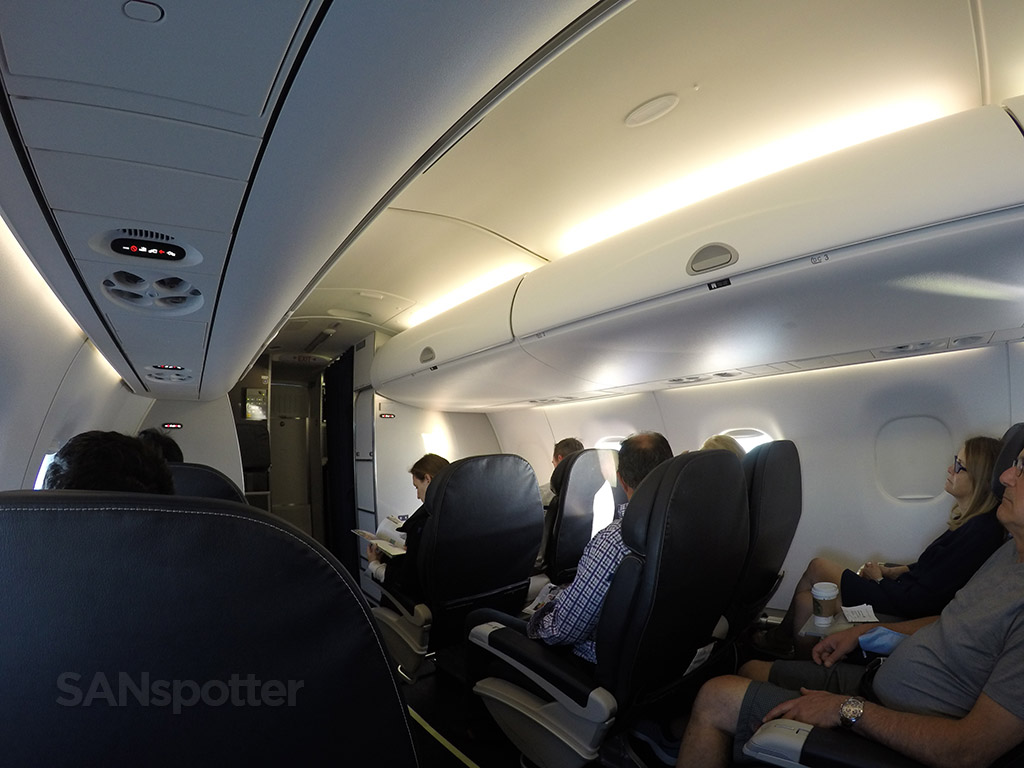 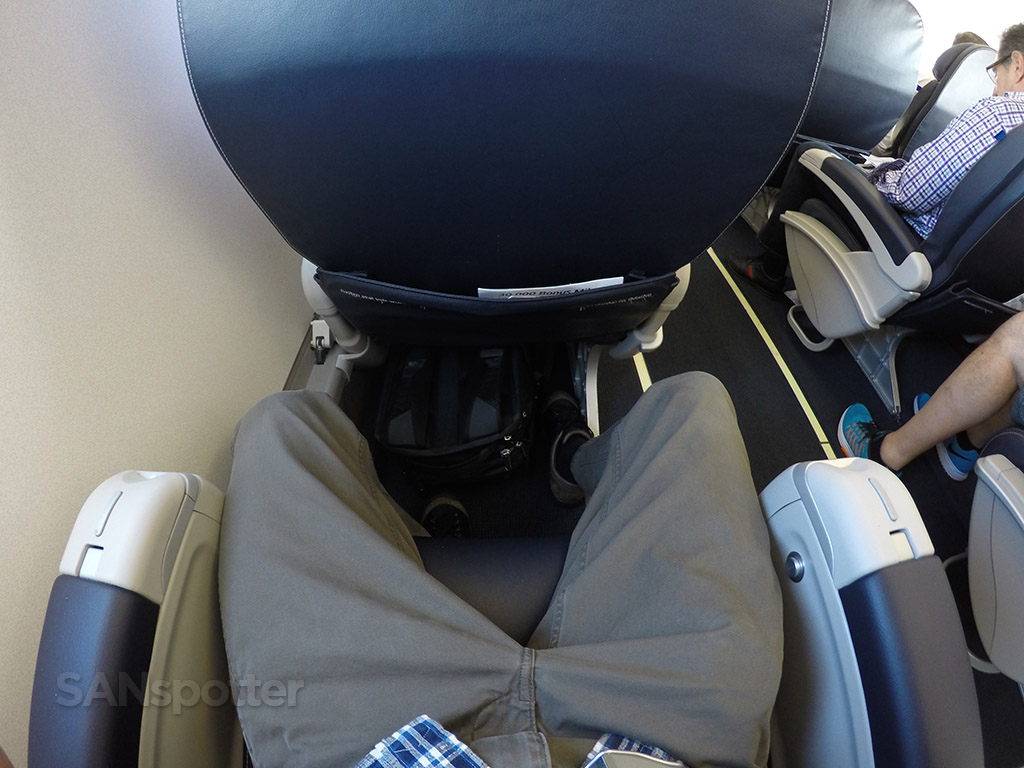 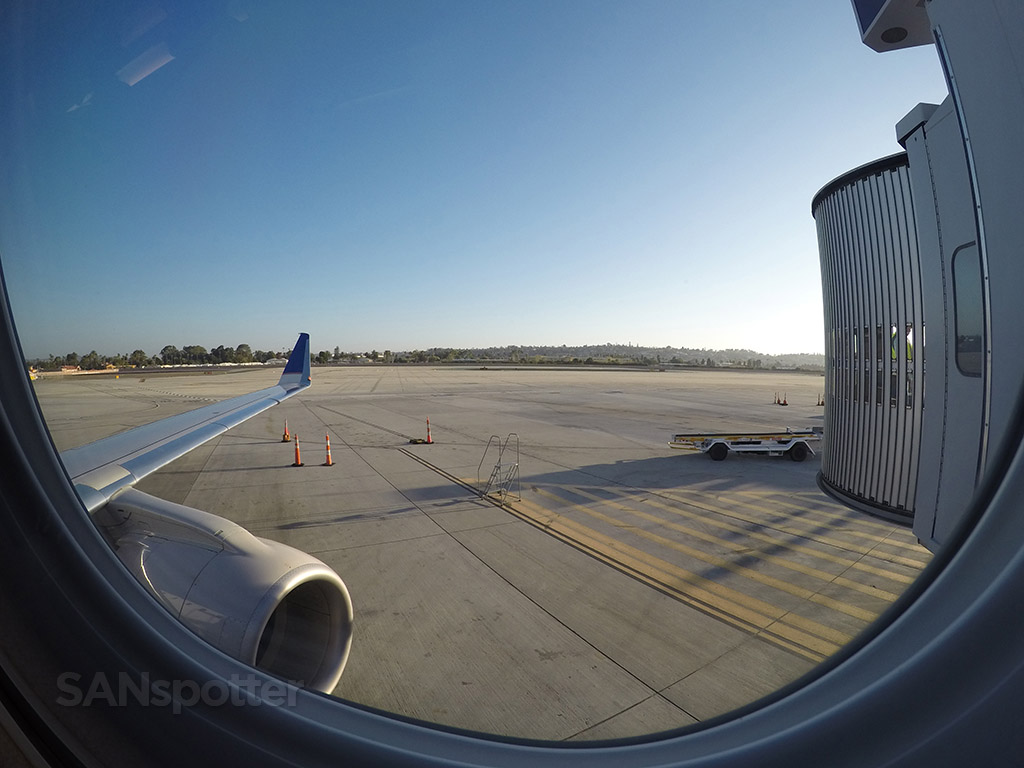 All buttoned up and ready to go!

This mornings flight up to LAX was very predictable – there was a quick beverage and snack basket service, we never climbed past 15,000ft, and we had really nice views of the Southern California coast for nearly the entire duration of the flight. 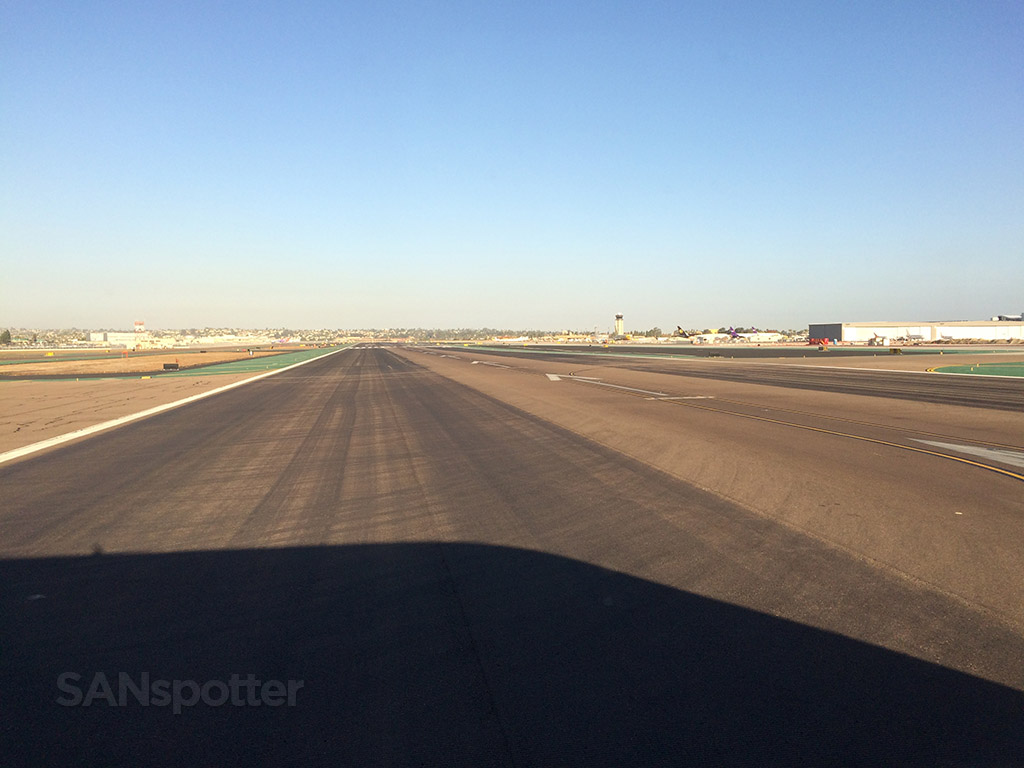 Here we go – off on another trip! Looking straight down runway 27 moments before take off. 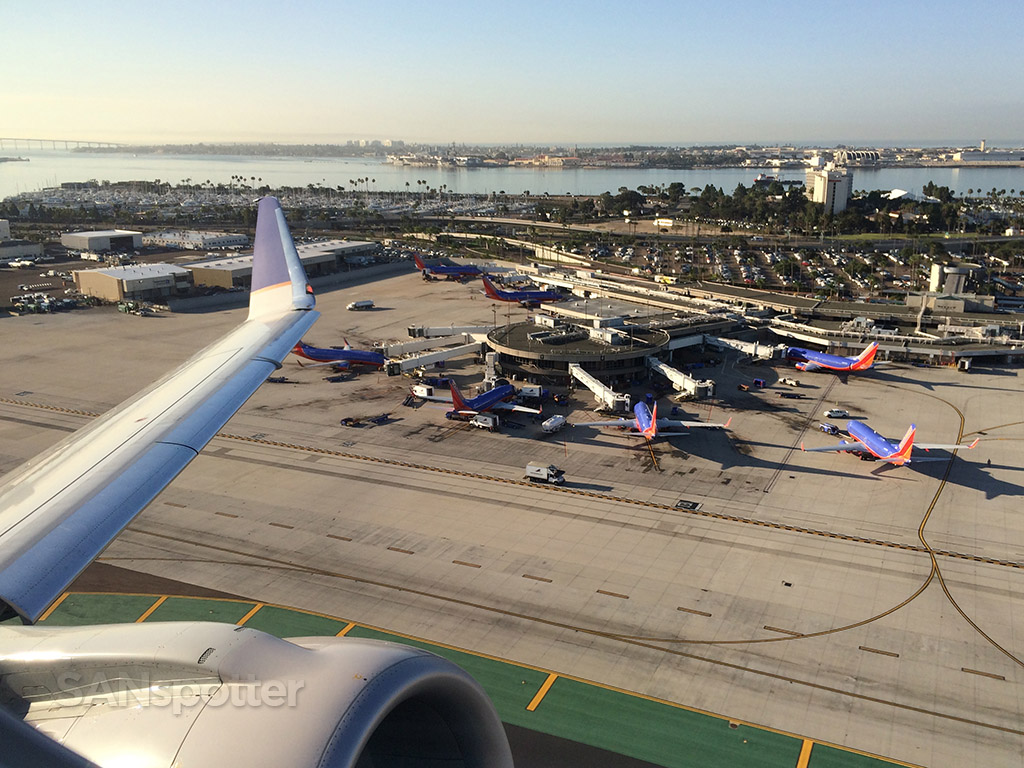 Lift off! This was my first time on an ERJ-175 and I was surprised how quiet it was on departure. 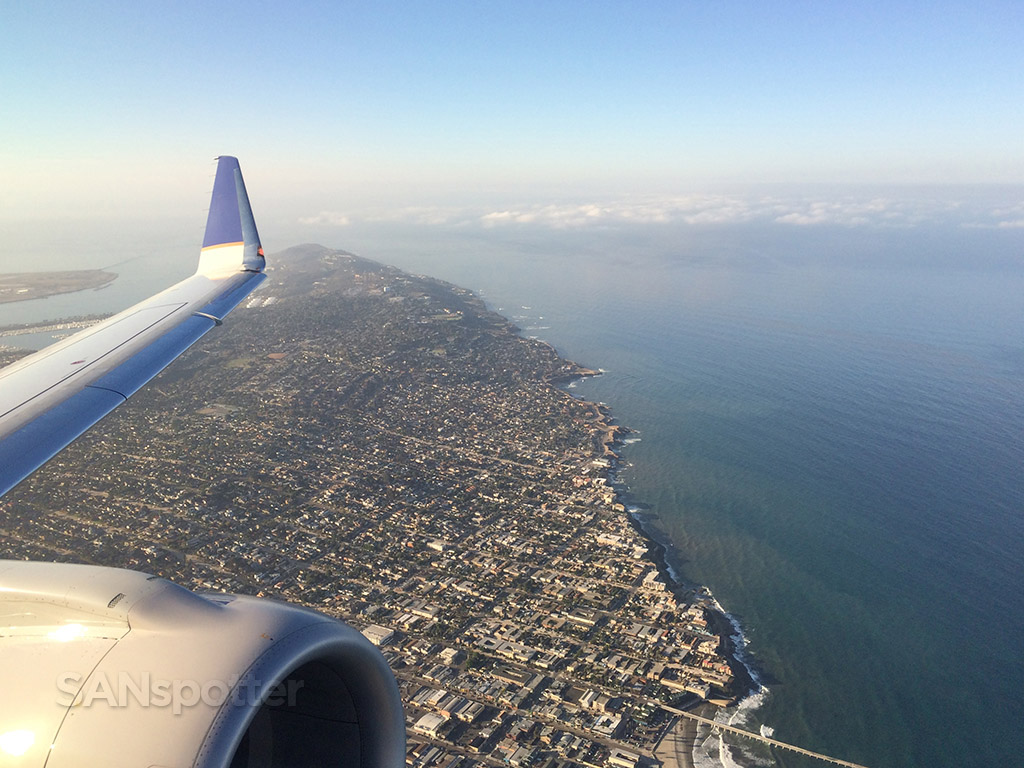 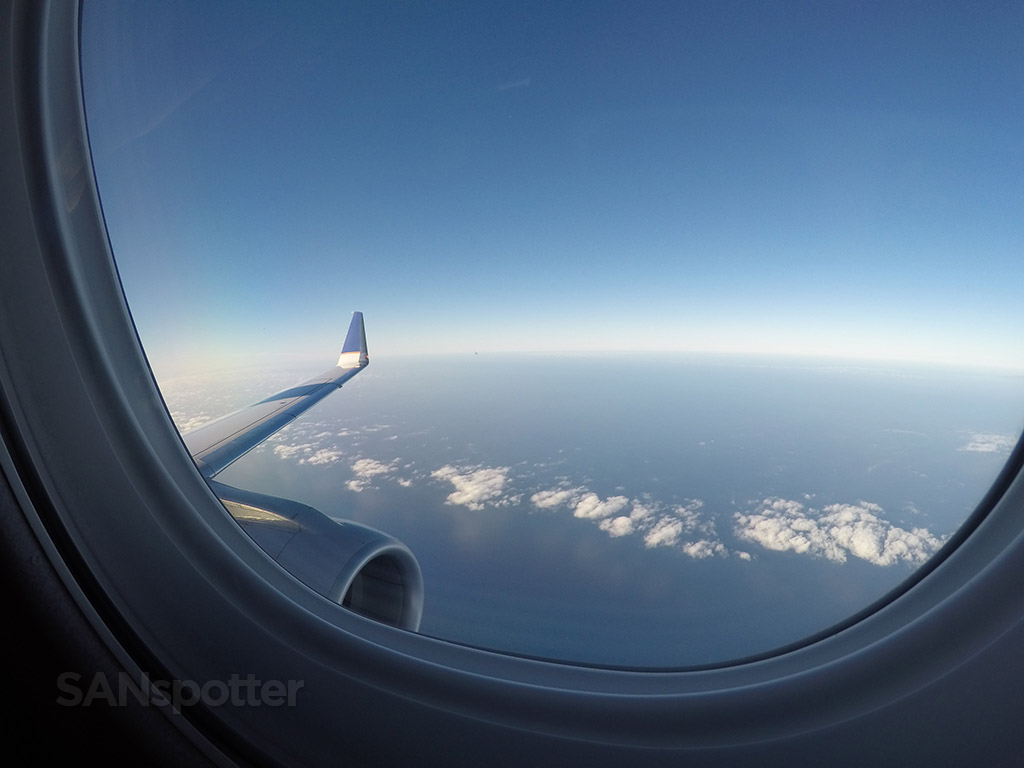 15k feet above the Pacific Ocean 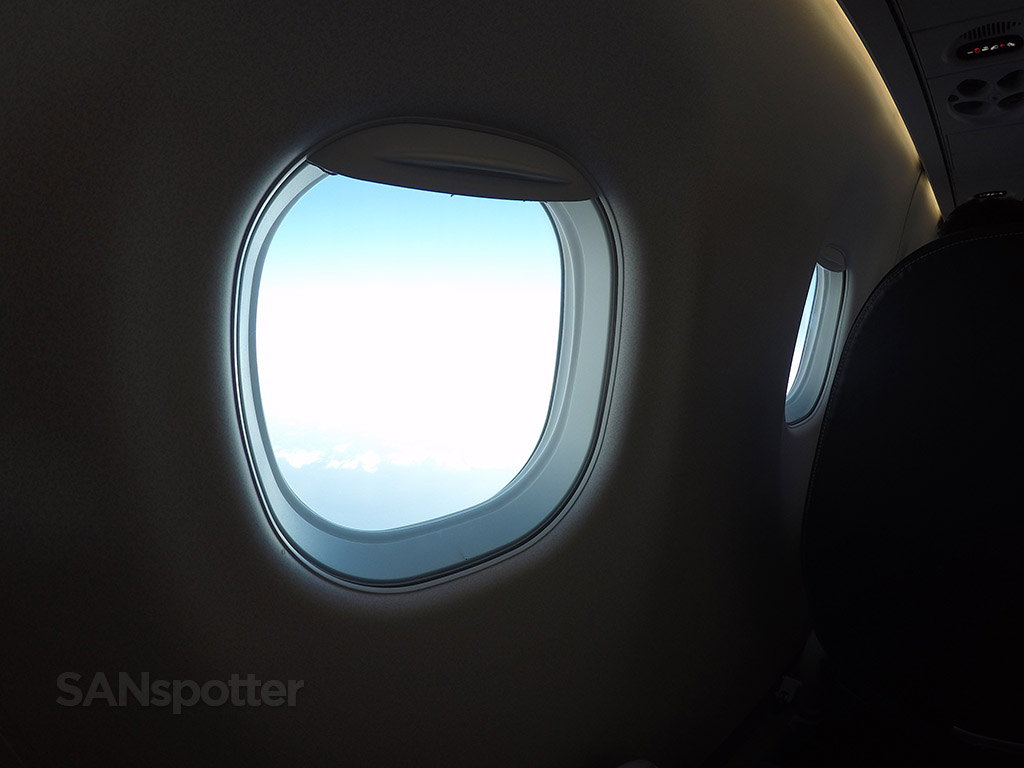 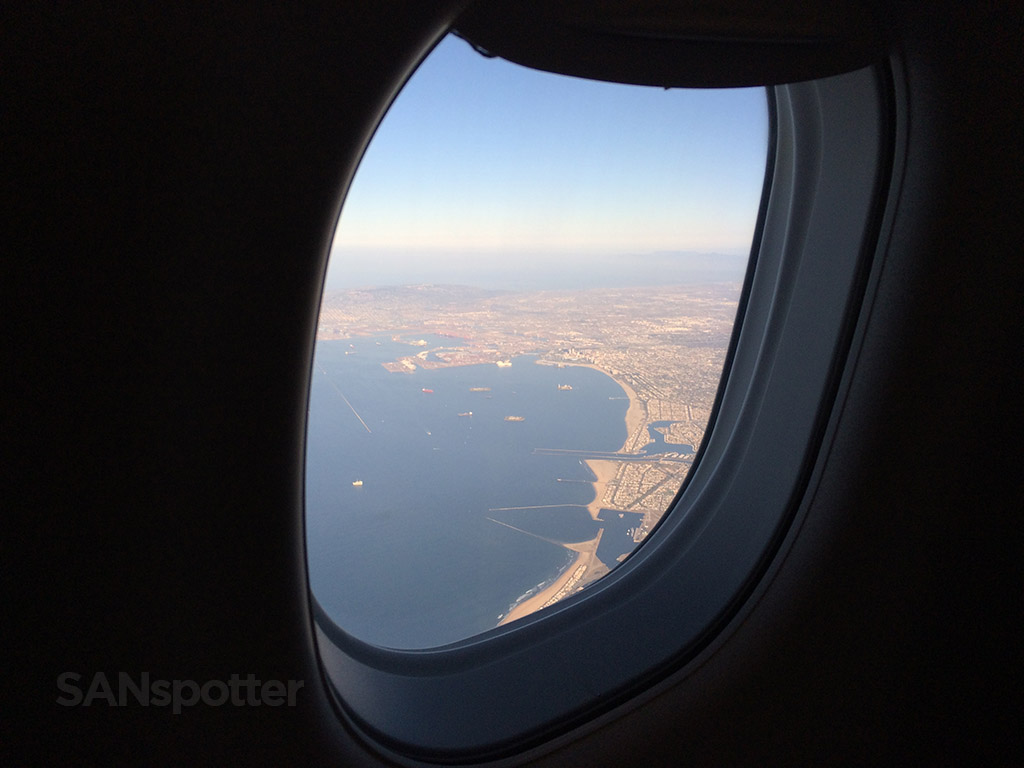 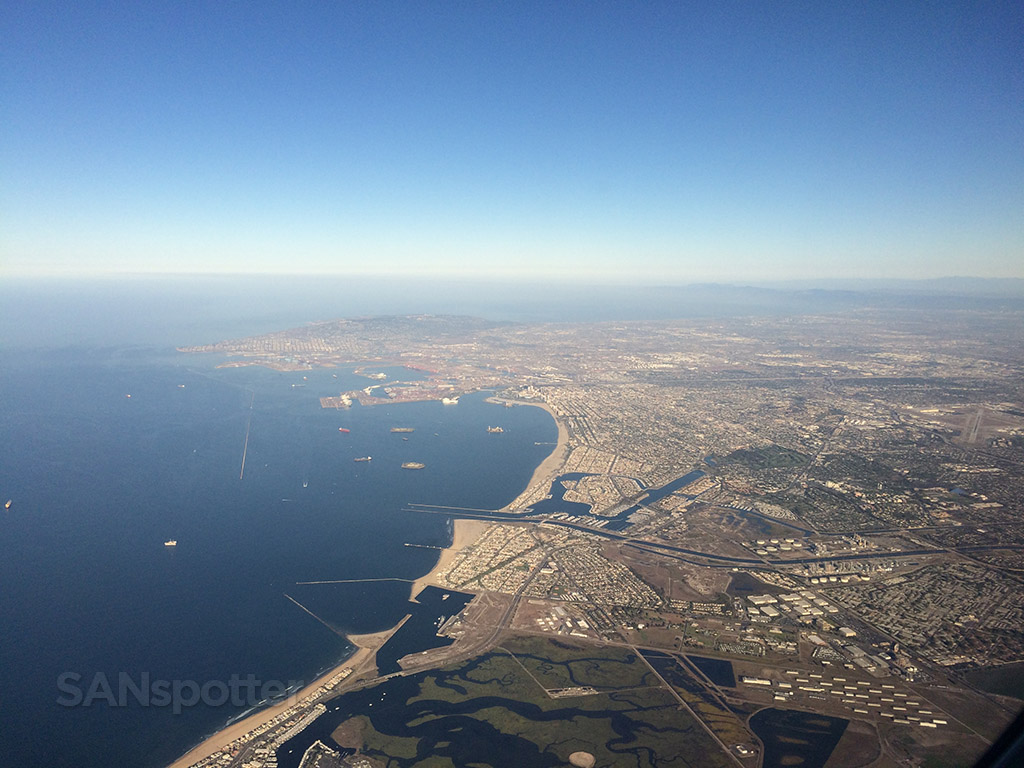 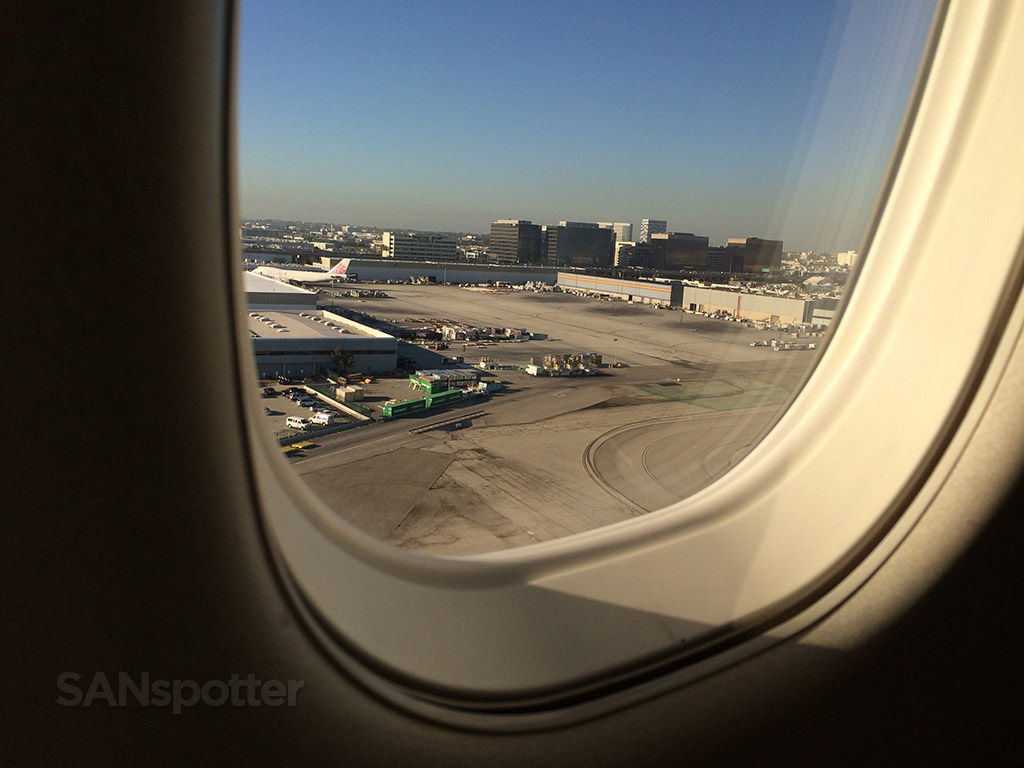 Just a few seconds before touching down on 25L

We touched down on runway 25L just a few minutes early, which didn’t really benefit me all that much – I was looking at a 4 hour layover before my flight to ICN so it wasn’t like I was trying to rush or anything. Regardeless, it was good to be back at LAX (my favorite airport) and make the long walk west to the Tom Bradley International Terminal for my connecting flight. 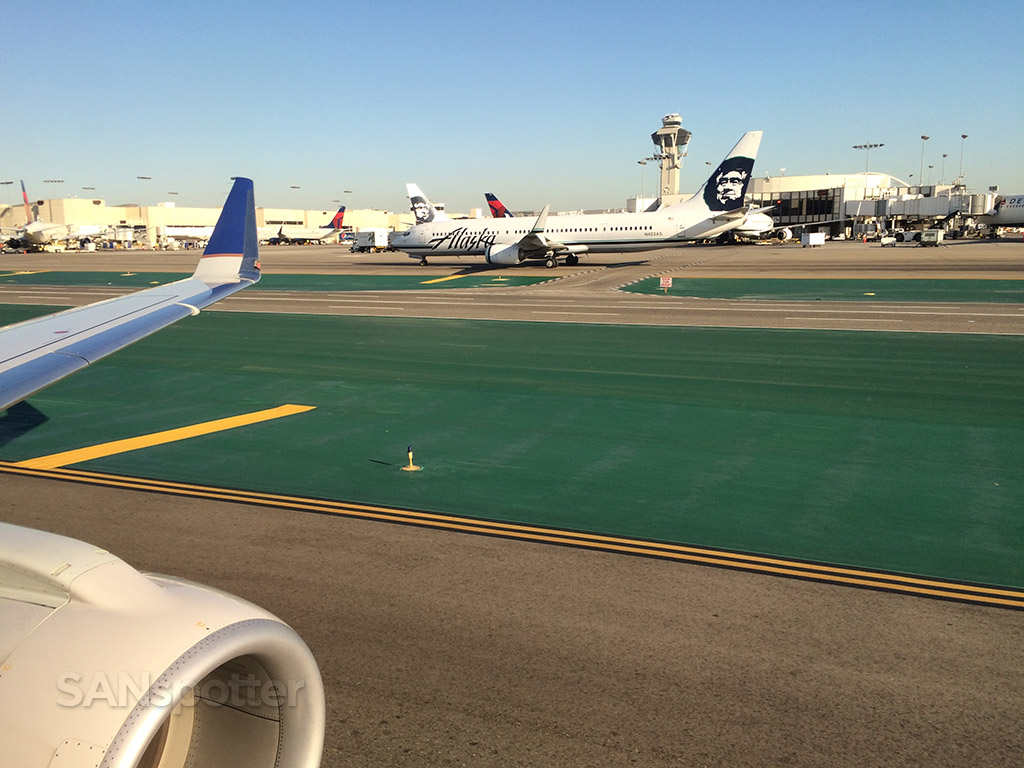 I love LAX – there’s always plenty of interesting things to look at! 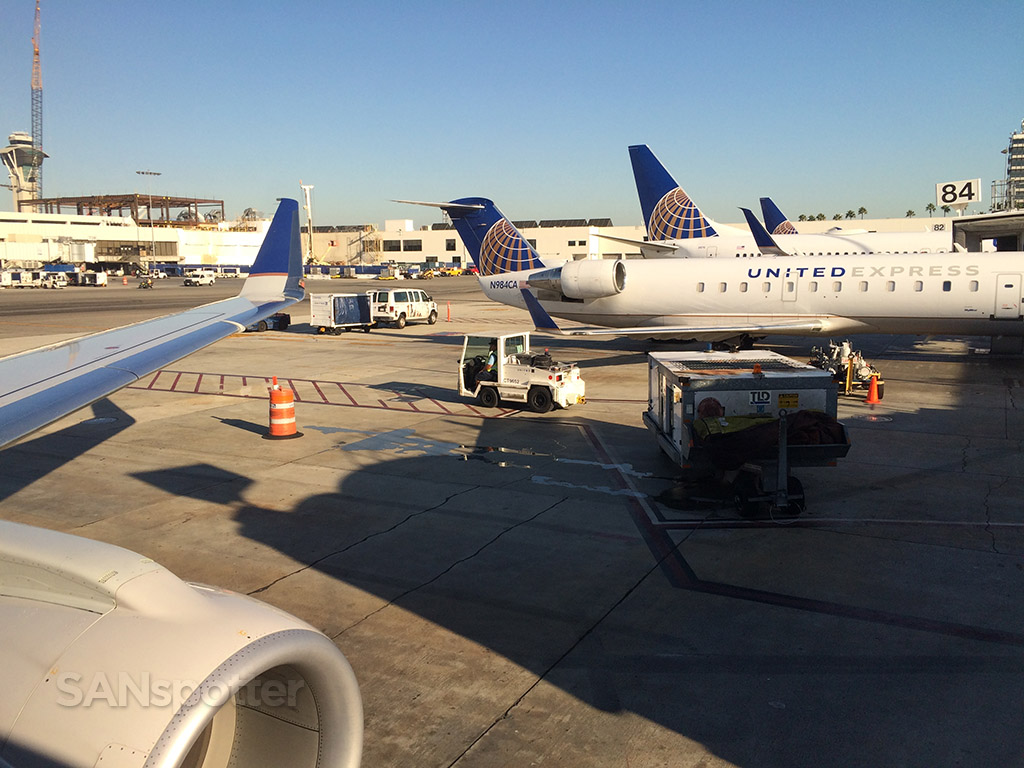 Pulling into our gate