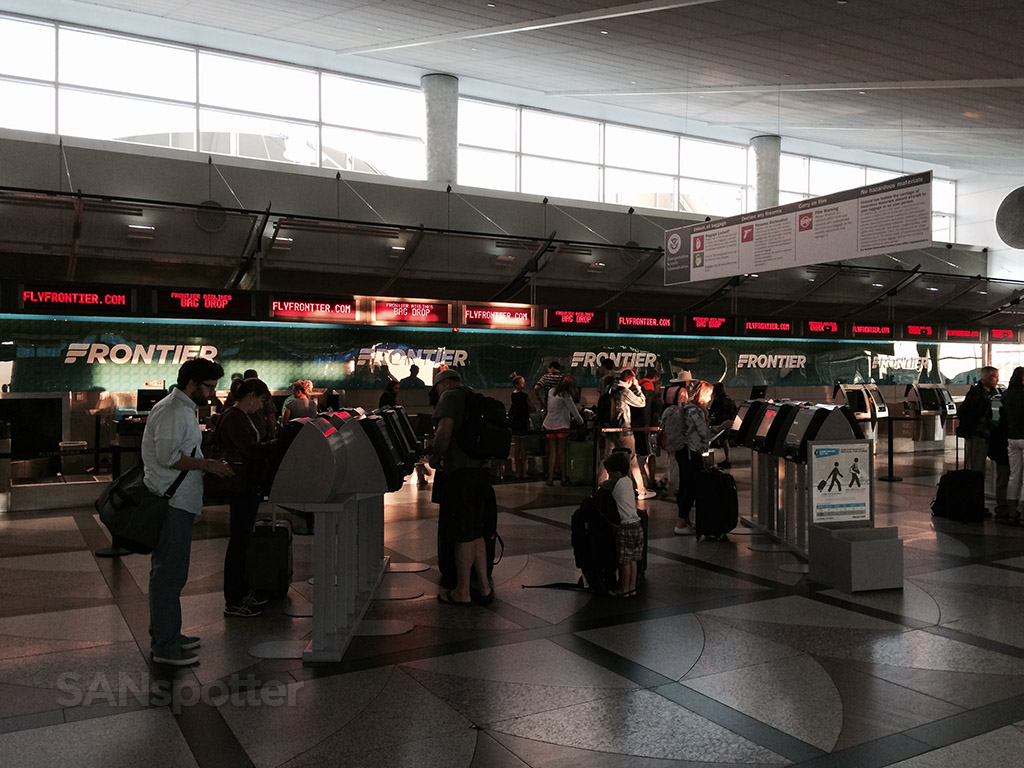 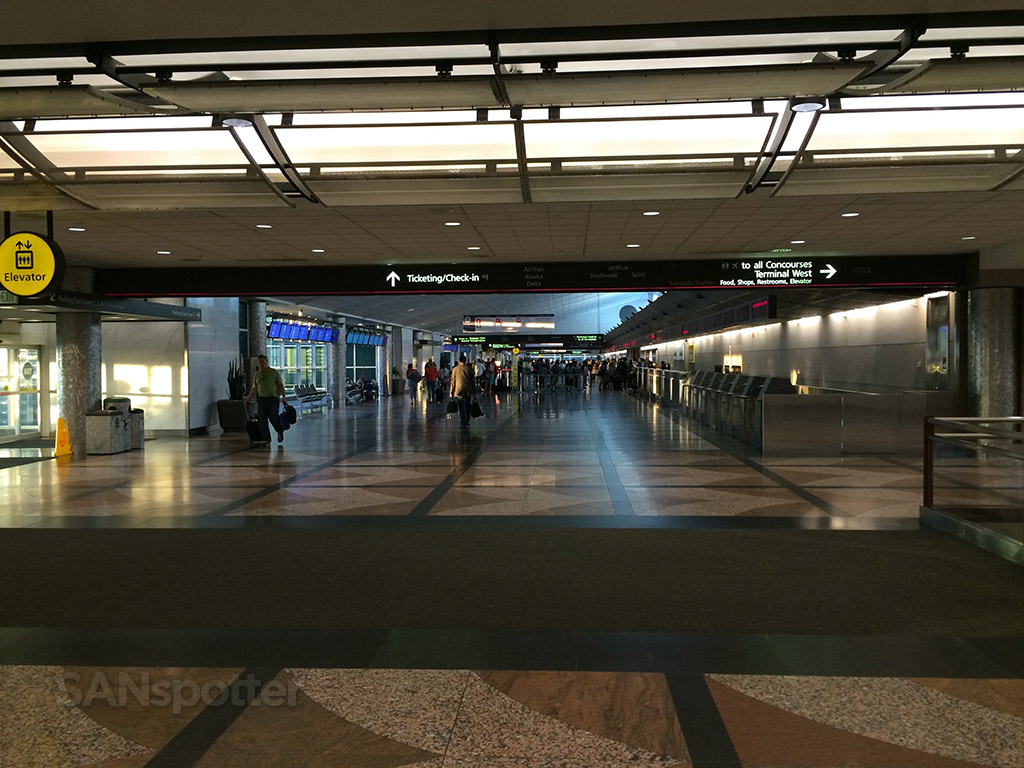 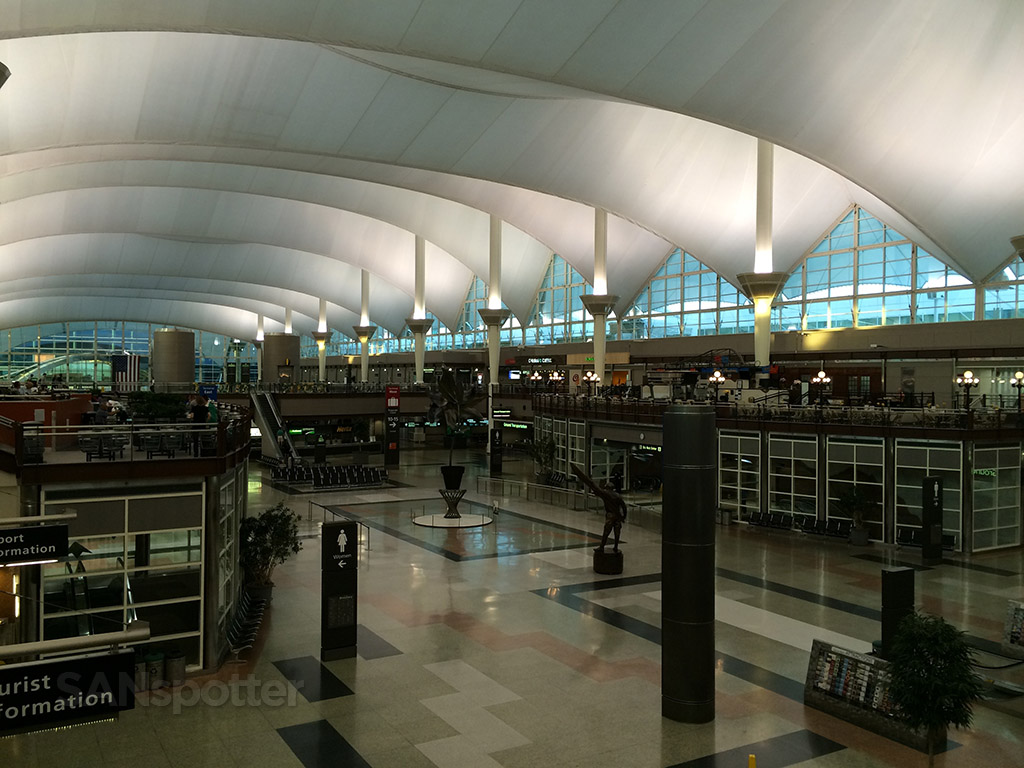 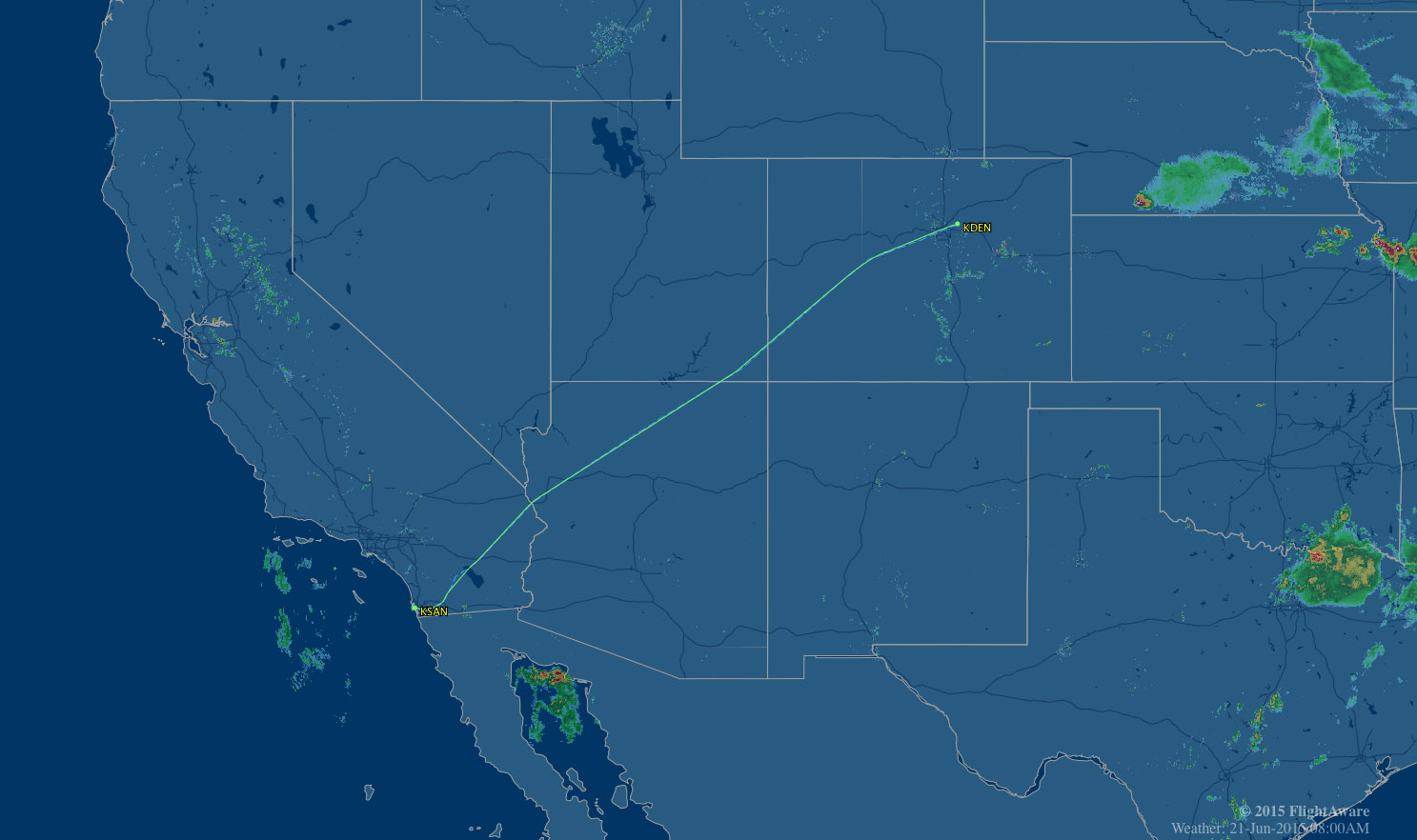 I had about an hour to spend wandering around terminal A before our flight began to board, and upon arriving at the gate I found that nearly everyone was crowding around the boarding door before they even called for zone 1. That meant having to slash my way through the masses as soon as they started the boarding process, which is something I don’t particularly enjoy doing. I normally would have waited until the lines thinned out a bit before getting on the plane myself, but I wanted to be one of the first ones on so that I could get some unobstructed pics of the Stretch Seating up front. 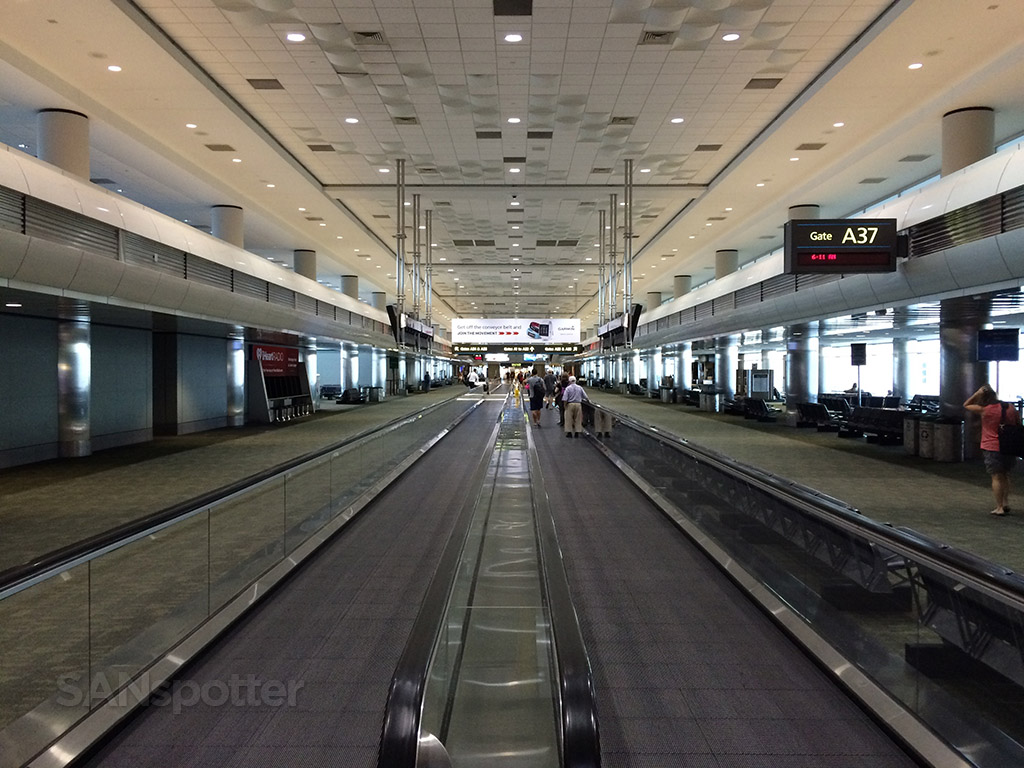 Killing time wandering around the A concourse 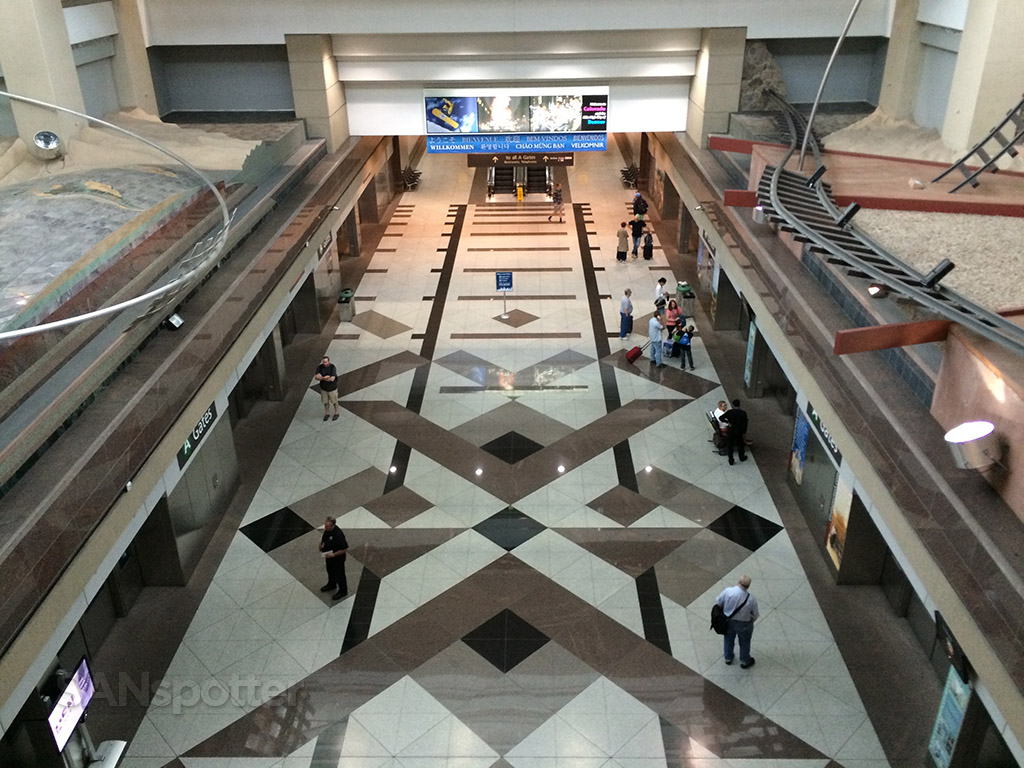 Looking down on the inter-terminal train station 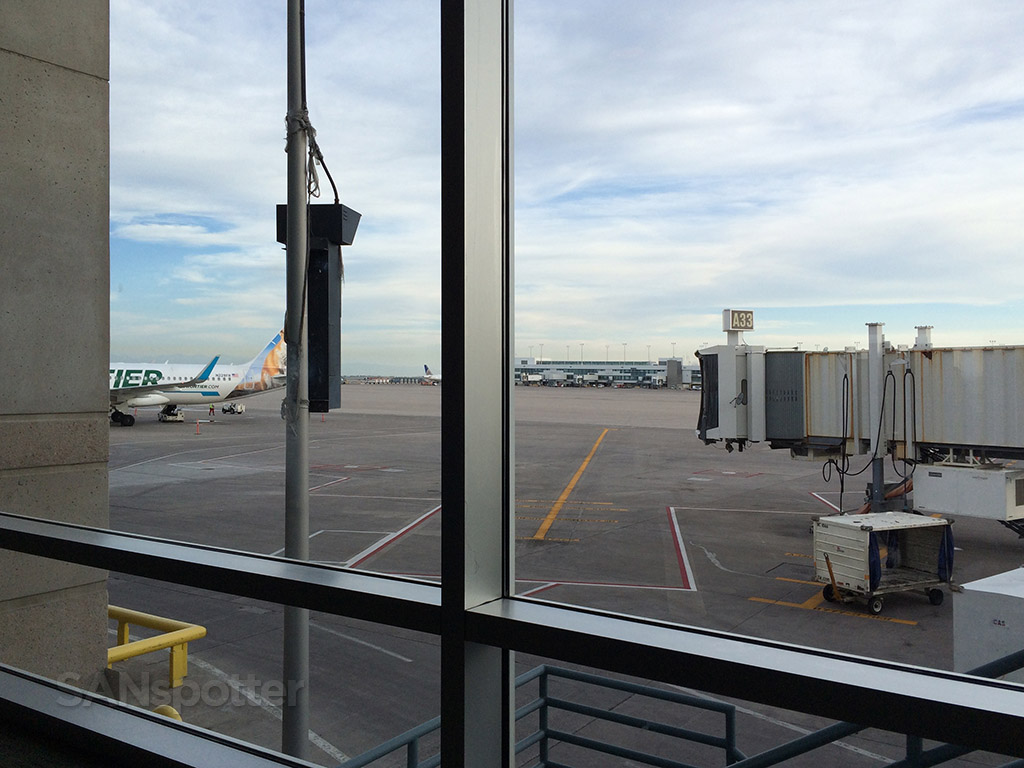 I did end up finding a nice quiet spot to sit and relax while waiting for my flight, but the view wasn’t so great 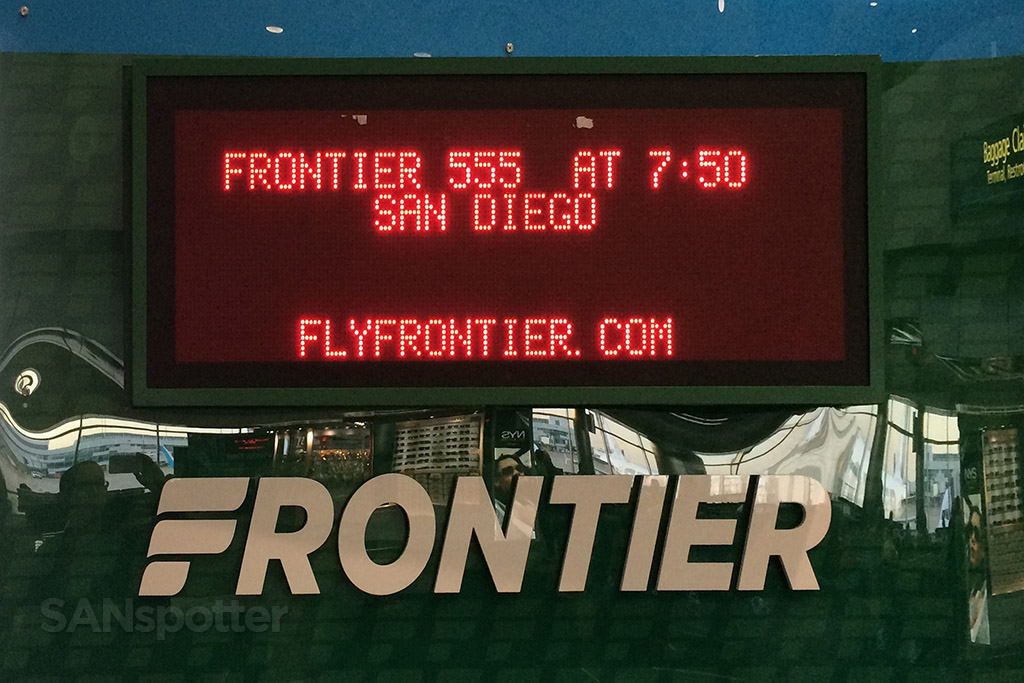 On time flights are a good thing! 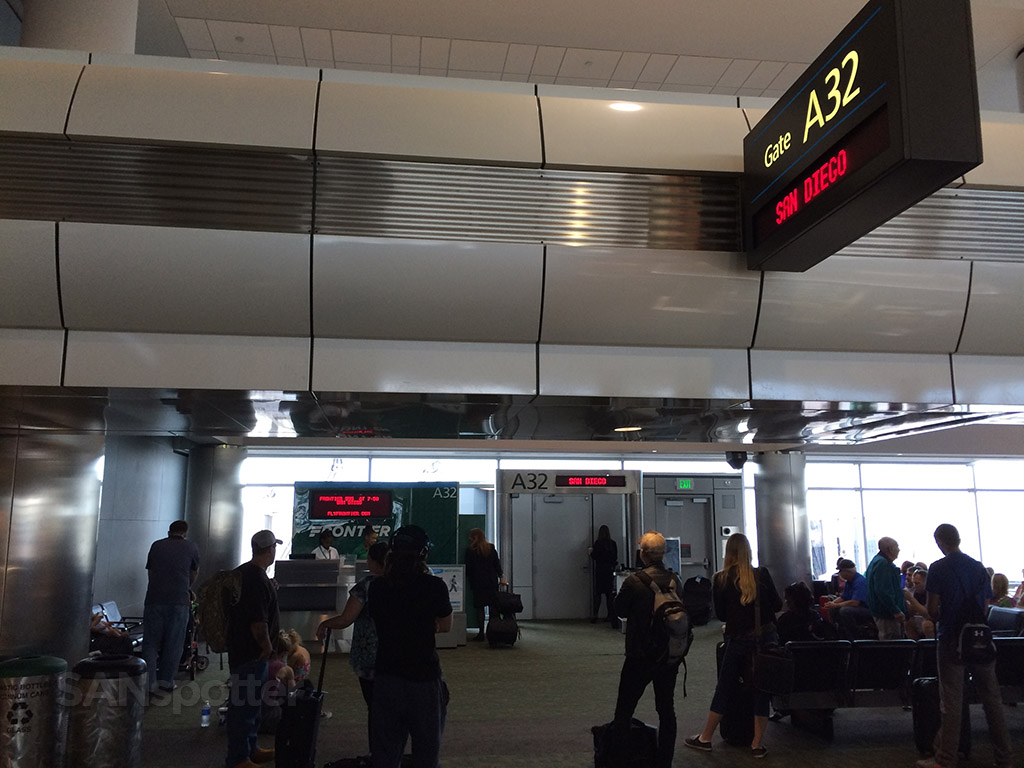 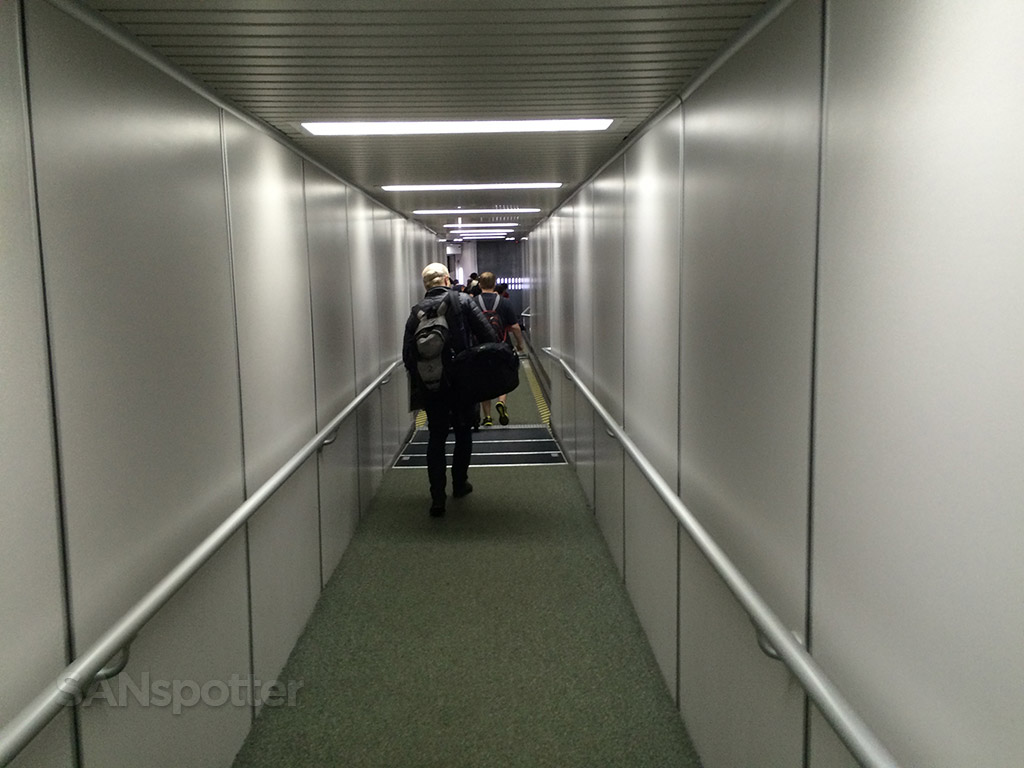 Walking down the jetway to board the flight

Unfortunately, many of the front seats were already occupied by the time I boarded the plane so I wasn’t able to get the pics I wanted. Oh well. These “Stretch” seats up front are the exact same seats you’ll find in the back on Frontier Airlines airplanes, with only a marginal amount of added leg room. That’s it. Frontier could certainly learn a thing or two from Spirit Airlines, who uses real first class seats in the front of their planes. 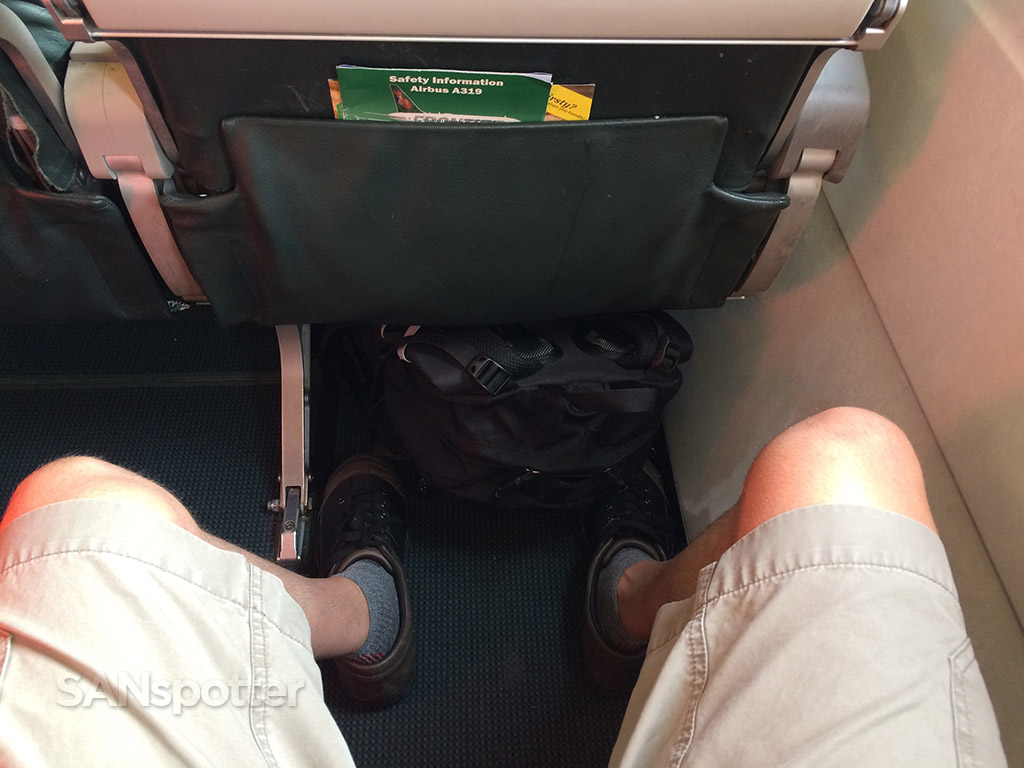 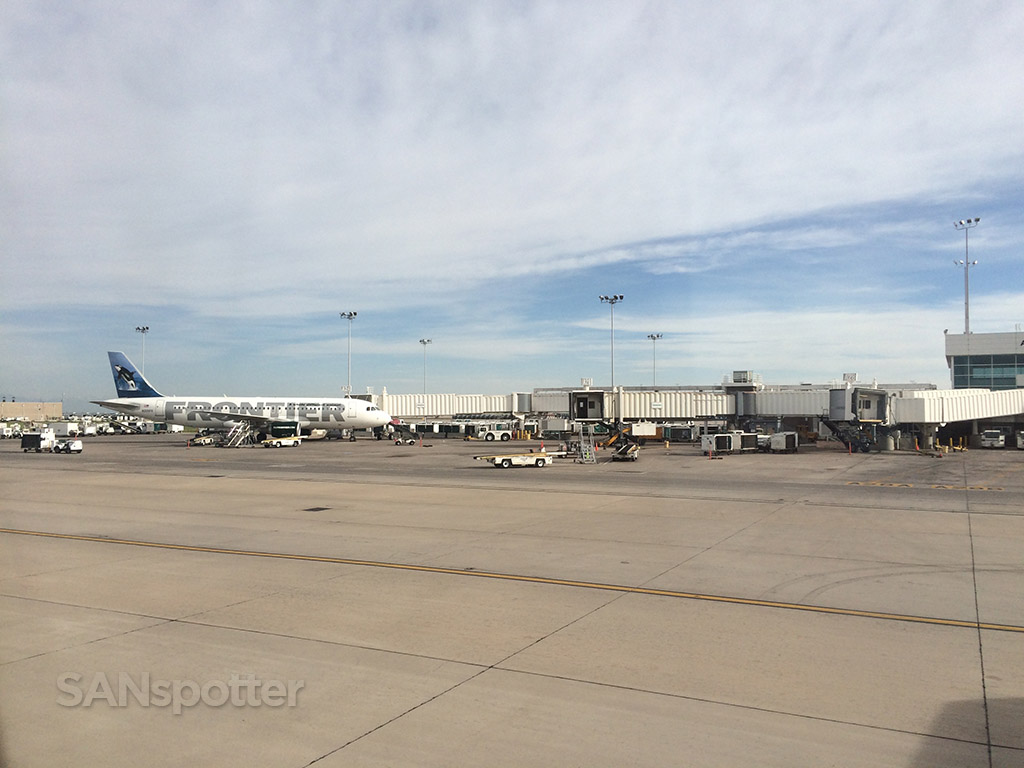 Not much to see as we departed the terminal 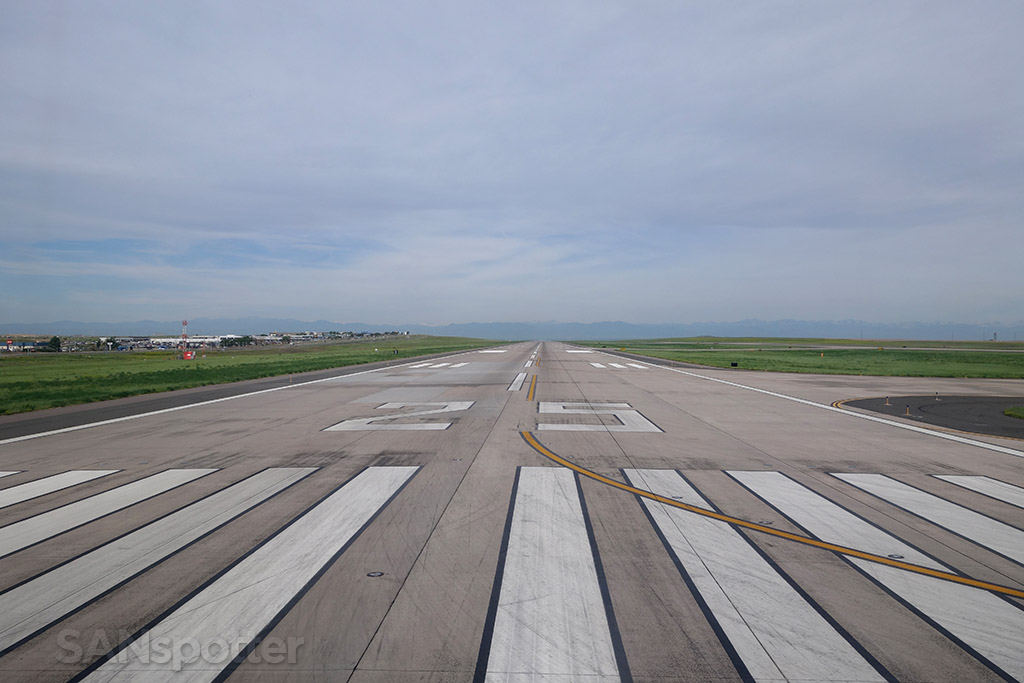 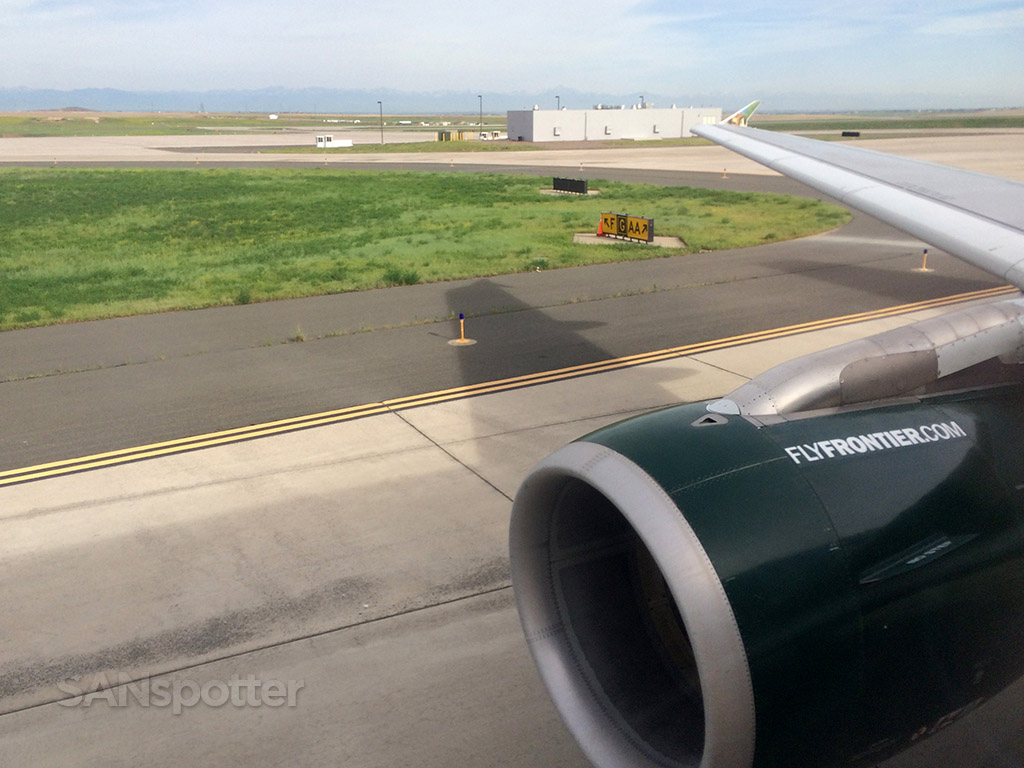 Rolling out to runway 25 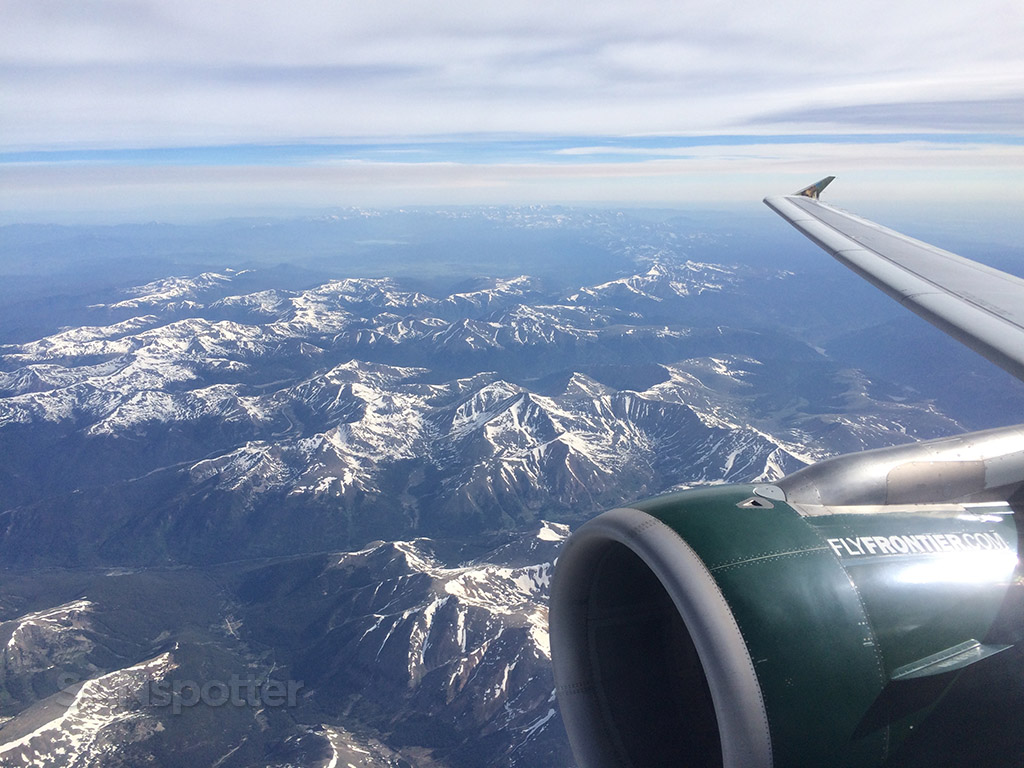 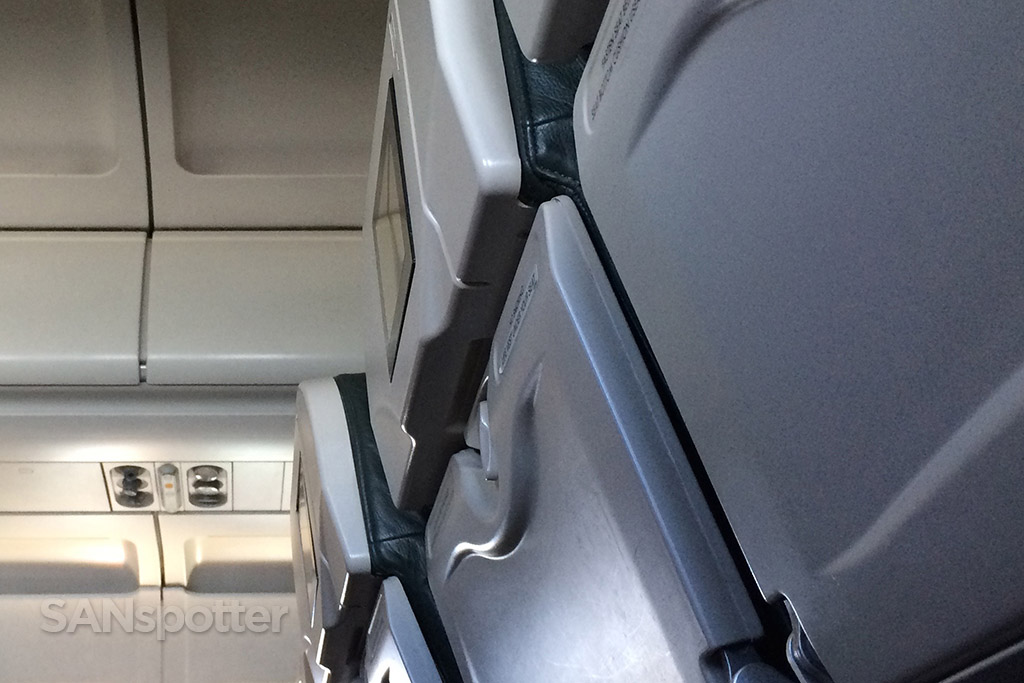 This picture was an accident, but thought it looked cool enough to post 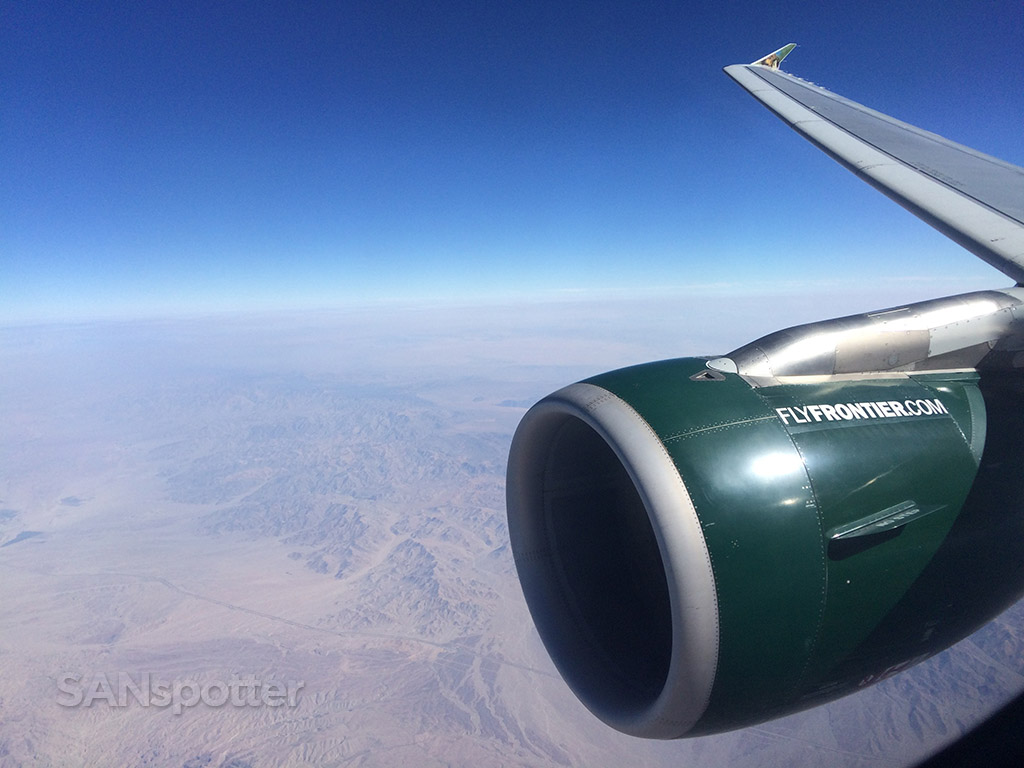 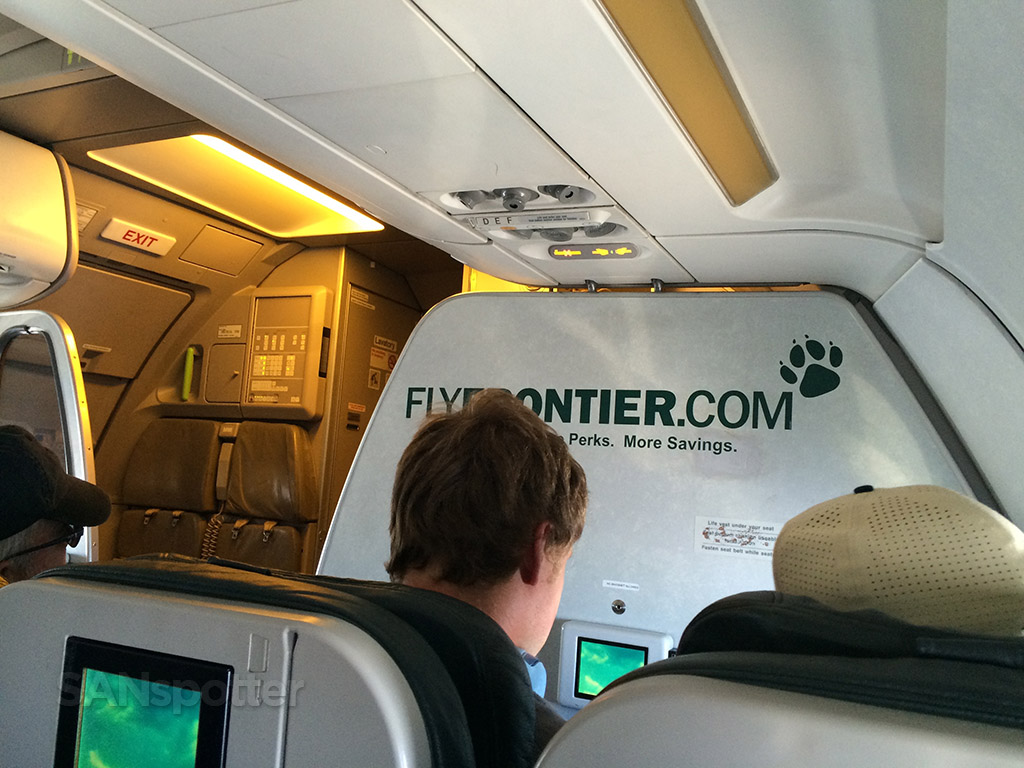 Forward bulkhead of this A319 showing the flyfrontier.com logo

Despite the weather being crystal clear all the way to southern California, we arrived in San Diego under a rather thick marine layer that is typical in these parts this time of year. It was so gloomy out that I actually felt sorry for the tourists onboard who were coming to San Diego for a vacation. But no matter – that marine layer always burns off by mid morning and they days always end up being nice. This day was no exception. It turned into a beautifully clear early-summer day just two hours later. 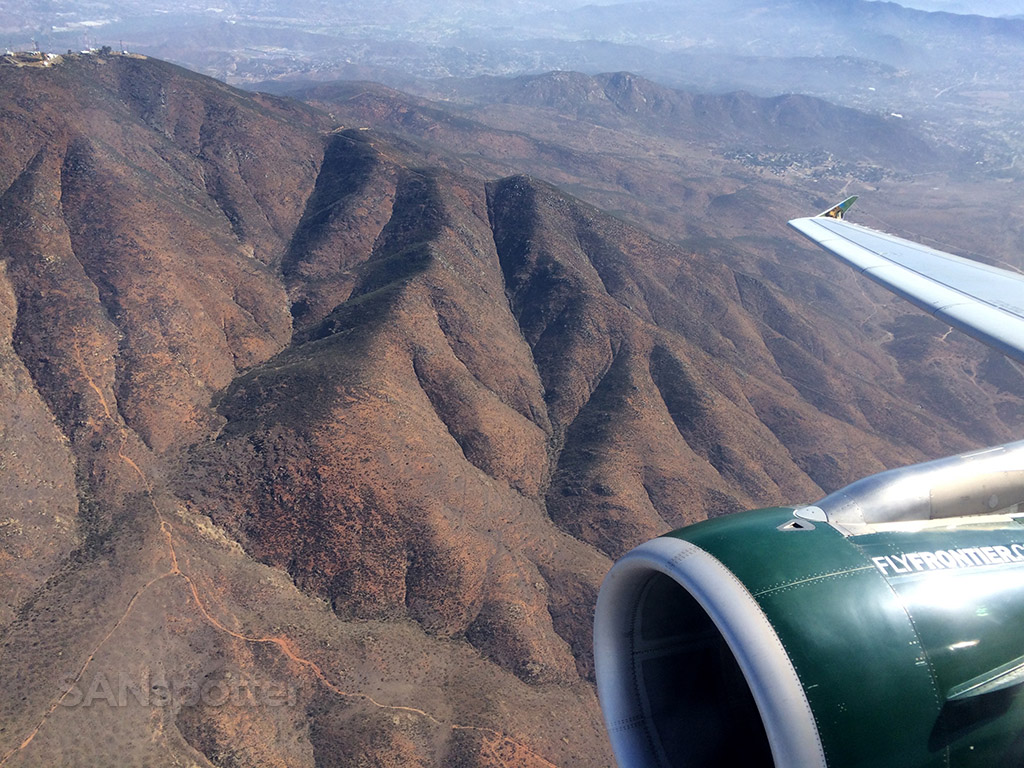 Lining up for arrival into SAN, and it looks like a nice day out there so far… 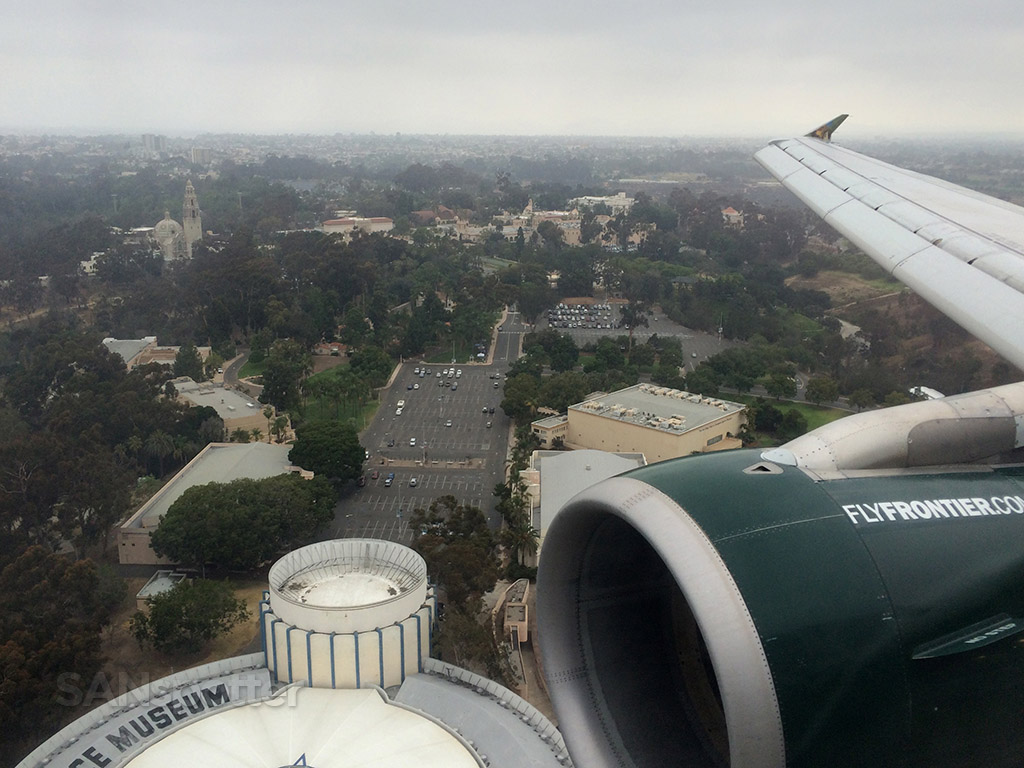 …but the clouds were thick as we flew over Balboa Park.

So that’s it for this trip, and now I can say that I’ve flown on Frontier Airlines! I realize that’s something that only true airline nerds such as myself can be proud of, but I’m happy to be able to add another airline to my flight log. The two flights I had with them in the past two days were nice – nothing amazing, though I didn’t expect anything otherwise. Think of them as a carbon-copy of Spirit. They both offer pretty much an identical experience and are nearly as good as any of the legacy carriers. I’d fly either again without question. 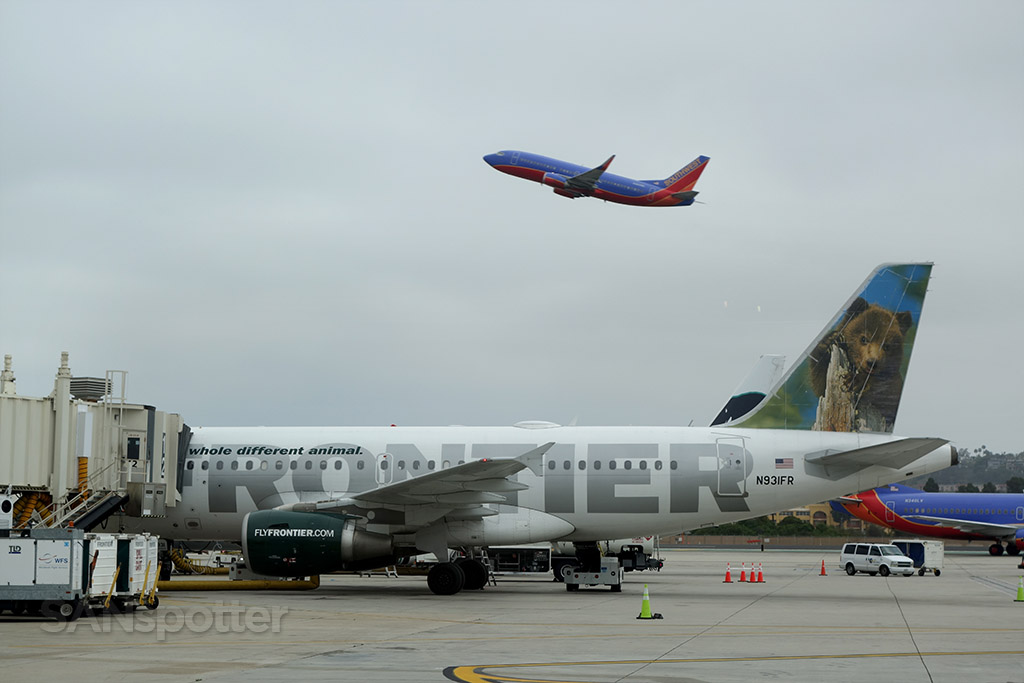