So far this year I’ve been staying true to my New Year’s resolution to try as many new airlines as possible. I flew Spirit Airlines for the first time back in January, and in April I took my first flights on jetBlue. Just last weekend, I added another one to my list: Frontier.

I’m actually sort of surprised that it’s taken me this long to give Frontier (F9) a shot, as they have always had a relatively strong presence here in San Diego and I’ve made a lot of trips in and around the mountain west over the years. But this is my second year of being a “free agent” (not tied to any one frequent flier program) and I figured now would be a great time to try them out. Unfortunately, Frontier has gone through a major transformation over the past few years and is now classified as an Ultra Low Cost Carrier – just like Spirit. That means this isn’t the same airline that it was 5 years ago, and I’m sort of bummed that I never got a chance to fly with them when they were considered to be more of a direct competitor to the larger legacy airlines. Oh well – any chance to add another airline to my flight log is a good one!

The purpose for this trip to Denver was one that only a traveller and general car guy could understand. I basically wanted to try a new airline and rent a cool car for a day. That’s it. Nothing more. There were no meetings to attend or business to take care of. This was a purely self-induglent trip for the sake of just getting out the house and going somewhere for the weekend. Does one really need more of an excuse than that to hit the road? I certainly think not.

I’ve been to Denver many times before and it’s a city I like quite a bit. Therefore, I didn’t have any plans other than to simply drive around and enjoy the scenery of Colorado for a day. Would I drive west toward the front range of the Rocky Mountains? Or would I chose to drive east and explore the rolling hills of eastern Colorado? I really didn’t know until I hopped in the car and started driving.

Here is my flight itinerary for this trip: 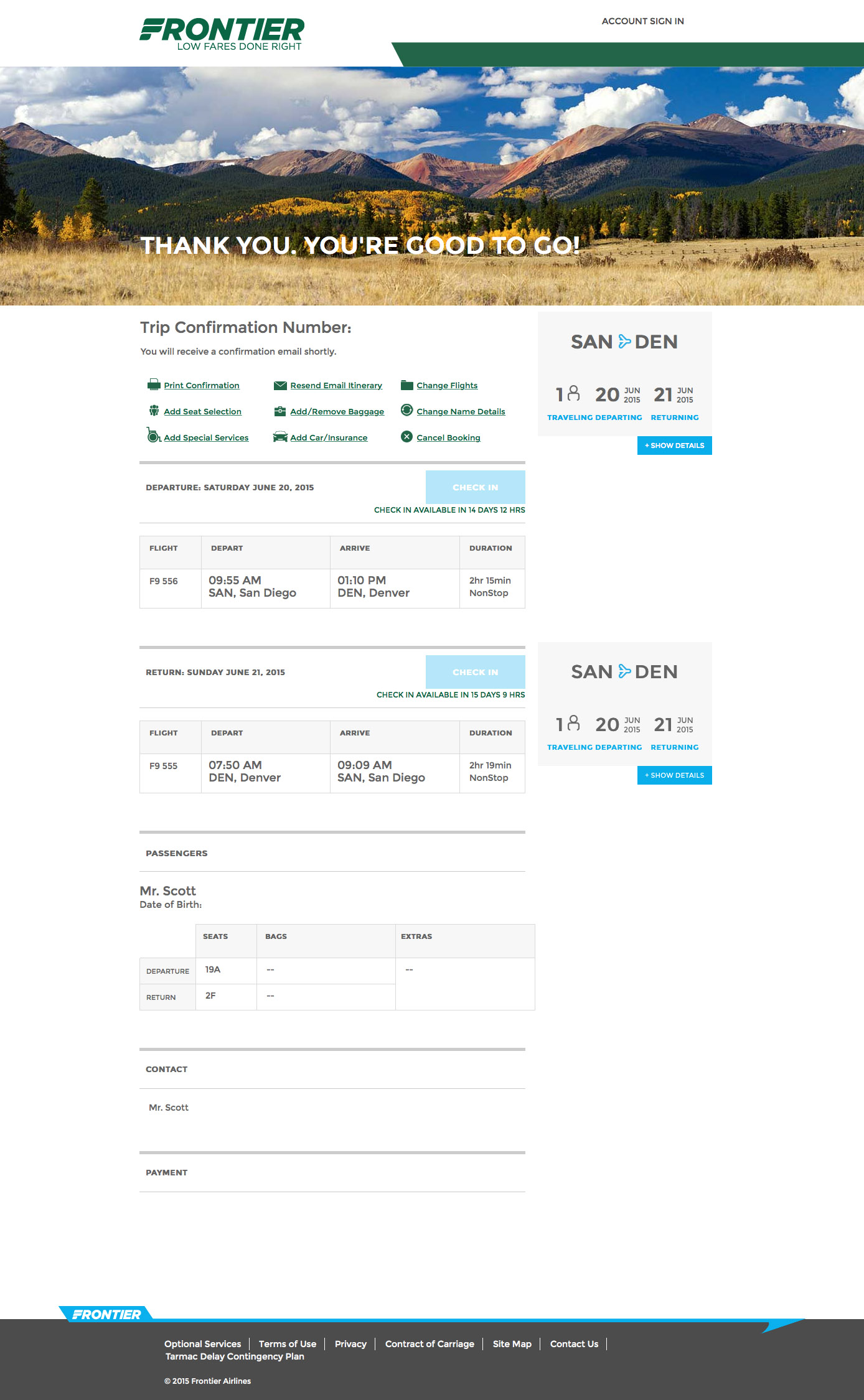 Screenshot of the confirmation of my flights from flyfrontier.com

As you can see, I decided to try several different seating options so that I could compare the difference between the two. I chose the seat with more leg room (Stretch seating) for the longer return leg, but to be honest, I didn’t really expect much more than the mediocre upgrade in comfort that I found on jetBlue and their Even More Space seats.