I had a 4 and a half hour layover here at LAS between my inbound flight from IAH and outbound flight to SAN, so let’s just say I got to know McCarran Airport really well in that time. I learned that terminal C (the Southwest Airlines terminal) is ridiculously crowded and not a fun place to be for even 5 minutes, though that’s where the best choices are for healthy food options. There’s an obnoxious amount of junk food restaurants at LAS, and I actually spent one of my four hours there walking from terminal to terminal trying to find something somewhat healthy to eat. 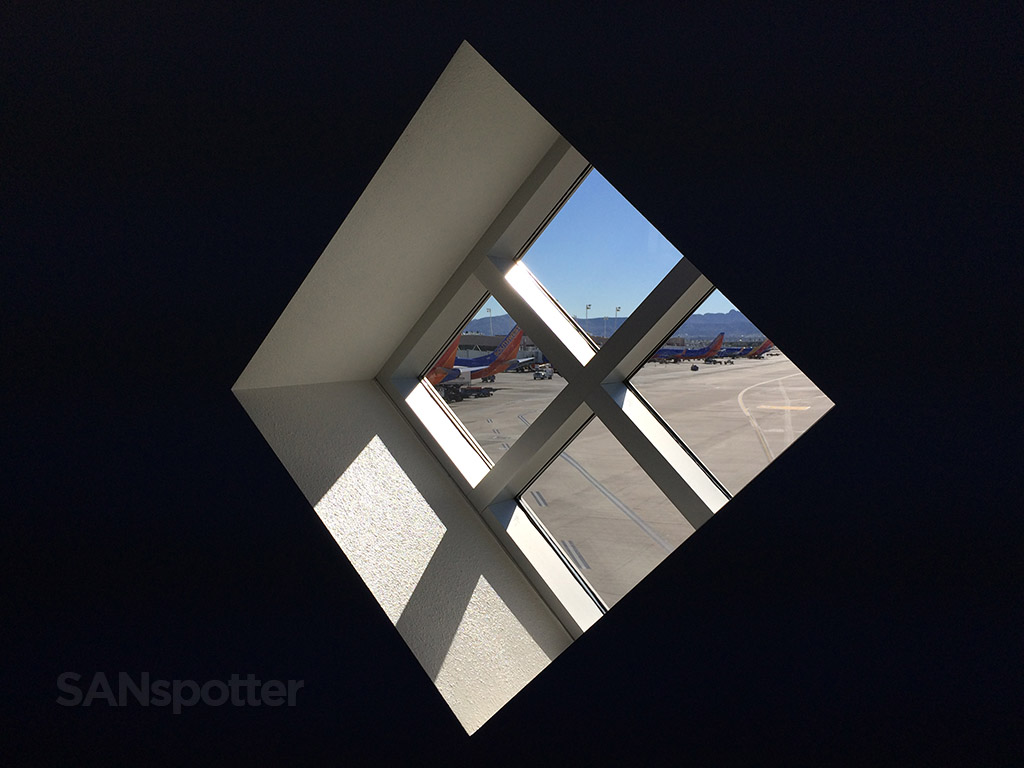 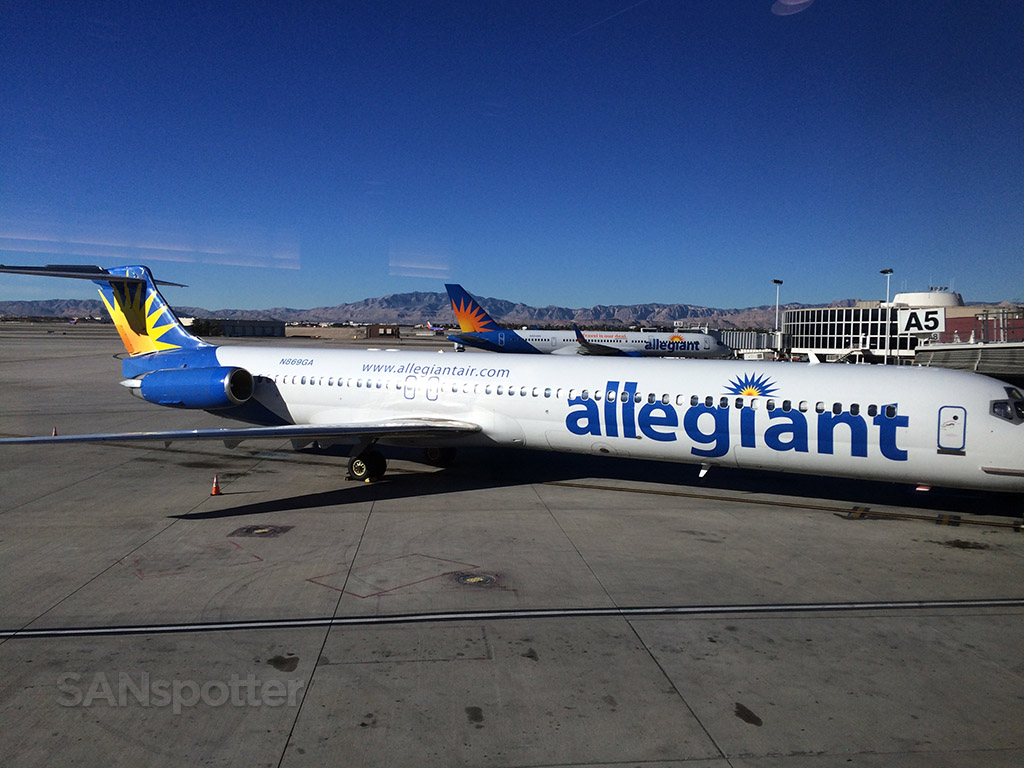 I’s also like to point out that I couldn’t believe it when the aircraft that would be operating this flight to SAN pulled up to the gate. This would be my third flight on Spirit Airlines in two days, and each and every one of them have been on A319s with the old silver and black pixel livery. Spirit has gone through two complete rebranding efforts since this color scheme was introduced, and somehow I managed to get three aircraft with the oldest livery of them all. What are the odds of that happening? I should mention, however, that I only saw one of the new-color banana-yellow planes on this entire trip, so they are definitely taking their time repainting aircraft into the new colors. 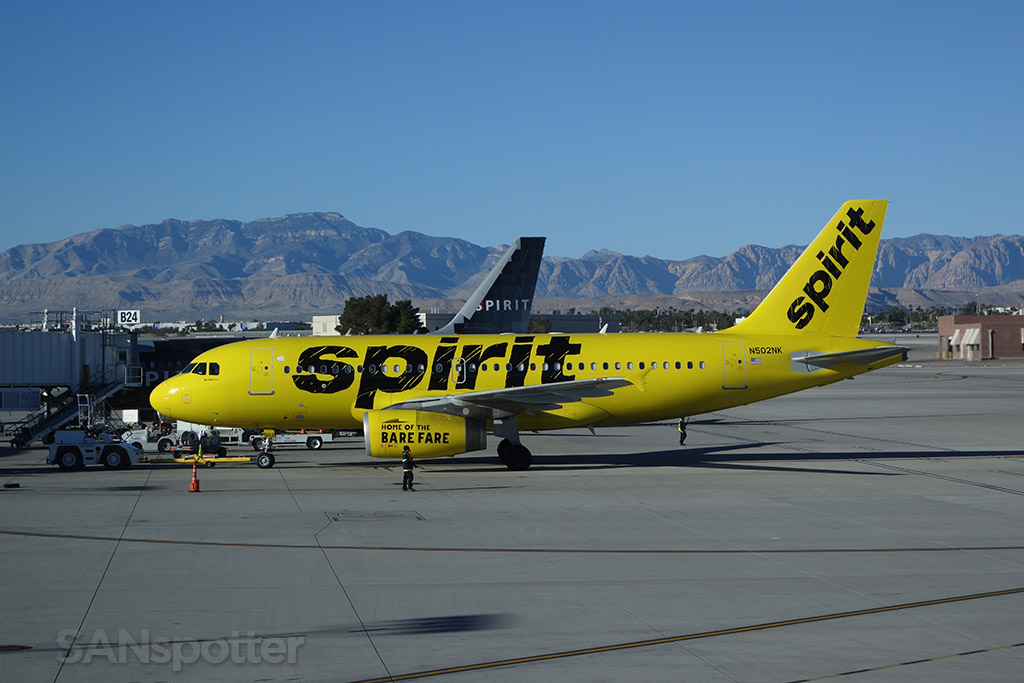 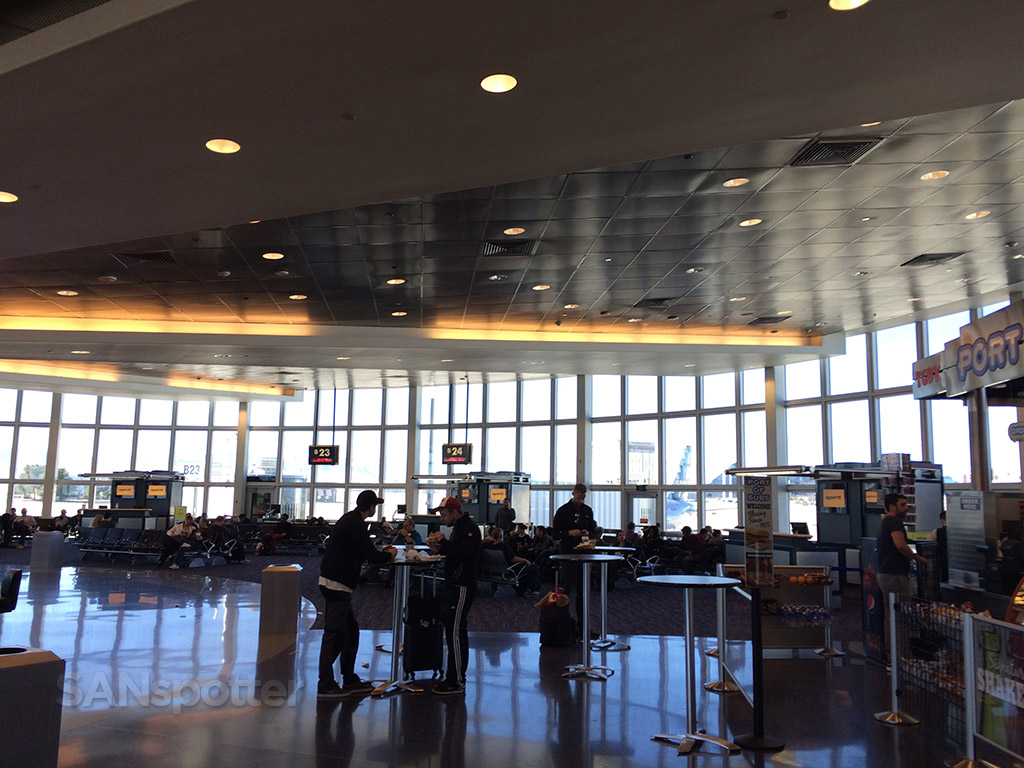 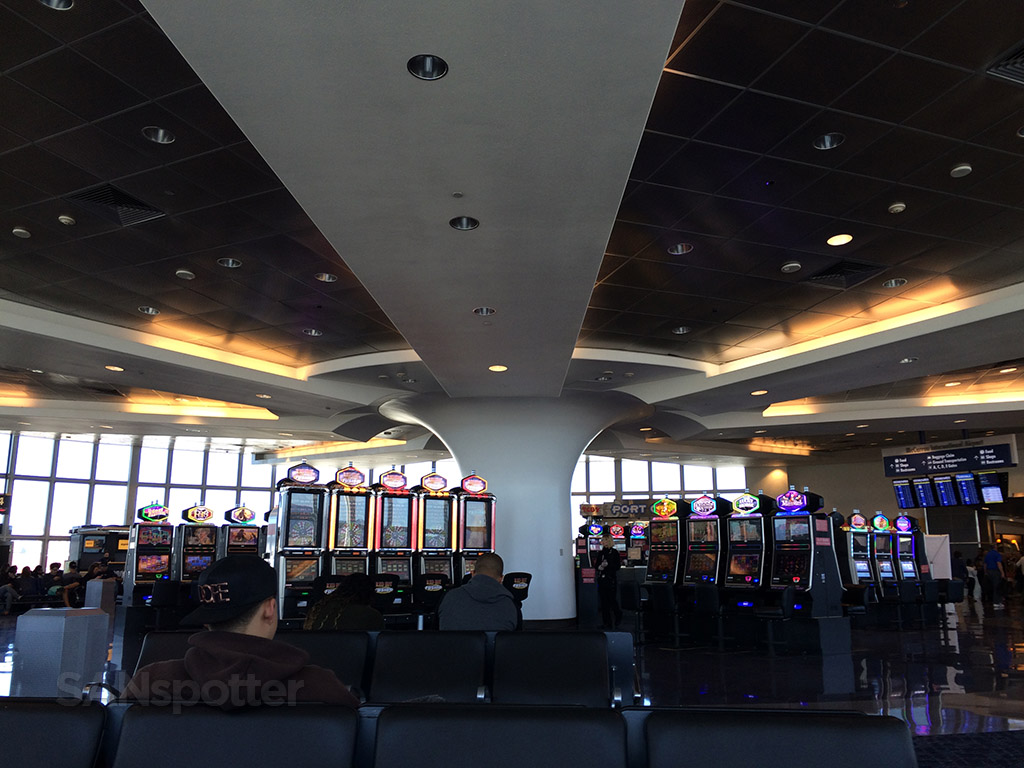 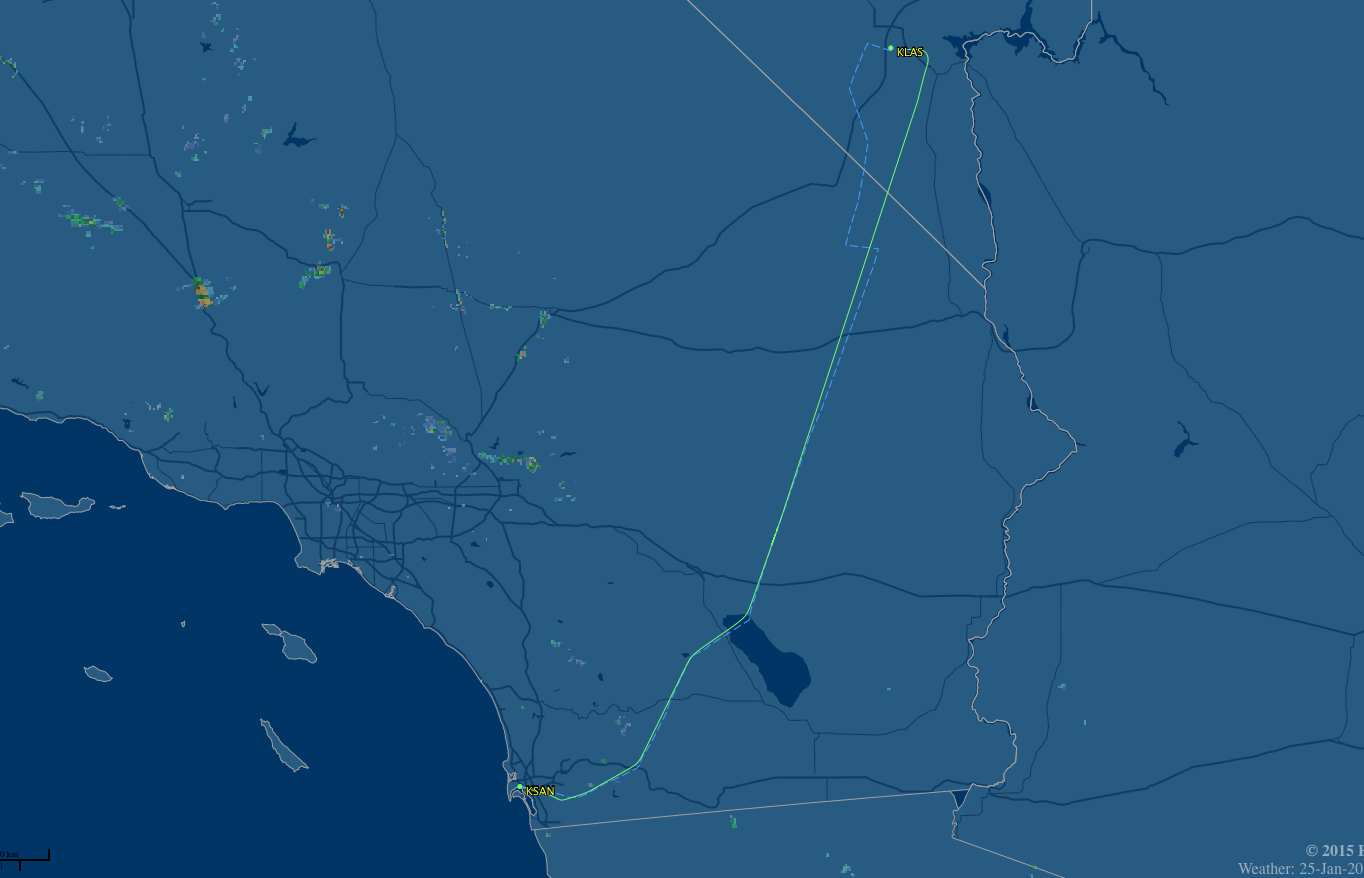 The route for today’s flight down to SAN: BOACH5 TNP LYNDI3 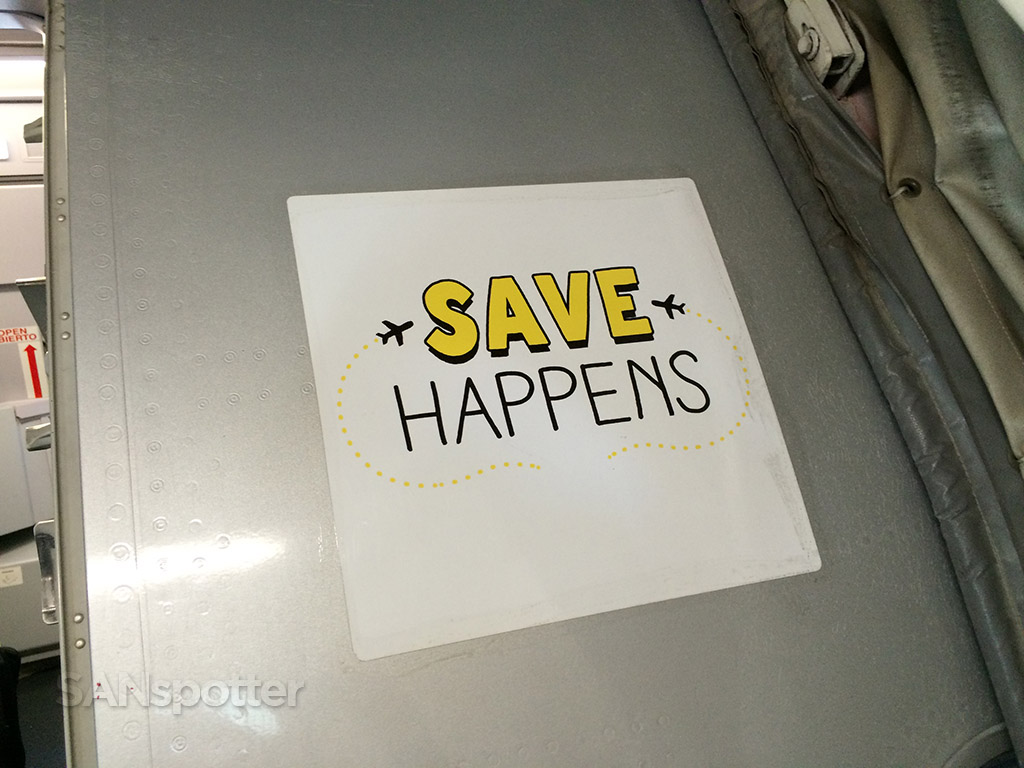 I’ve got to hand it to Spirit Airlines – they’ve got the branding thing down pat. Here is an example of a placard next to the main boarding door, with varying messaging from aircraft to aircraft 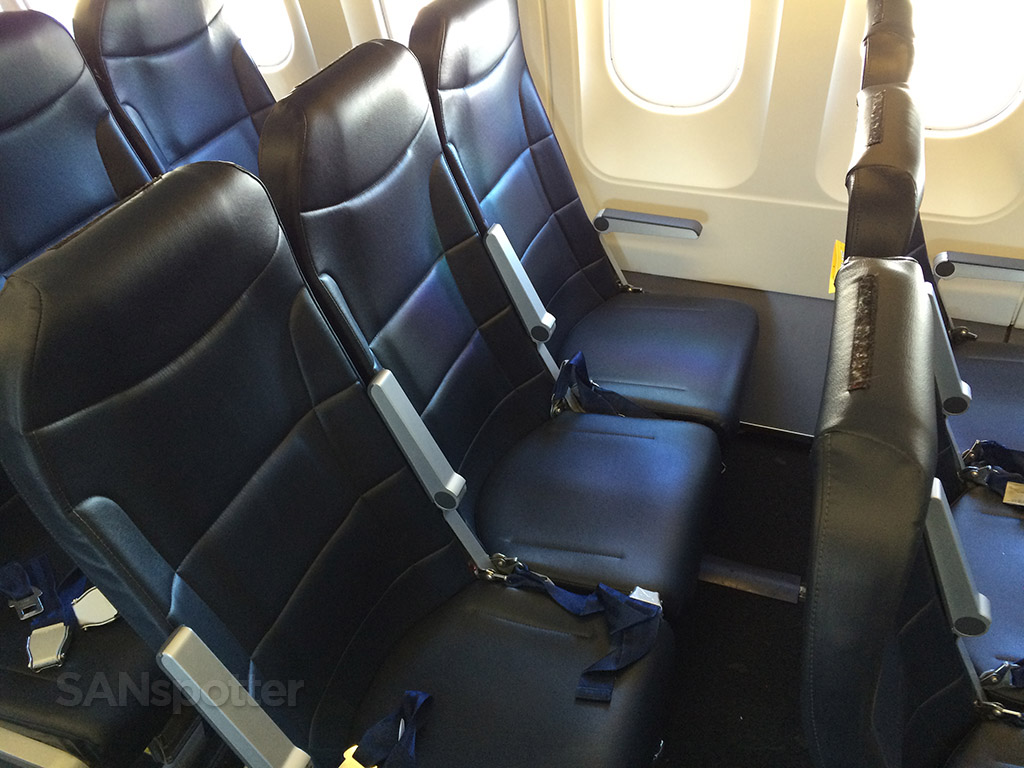 Slim line seats on the Spirit Airlines A319 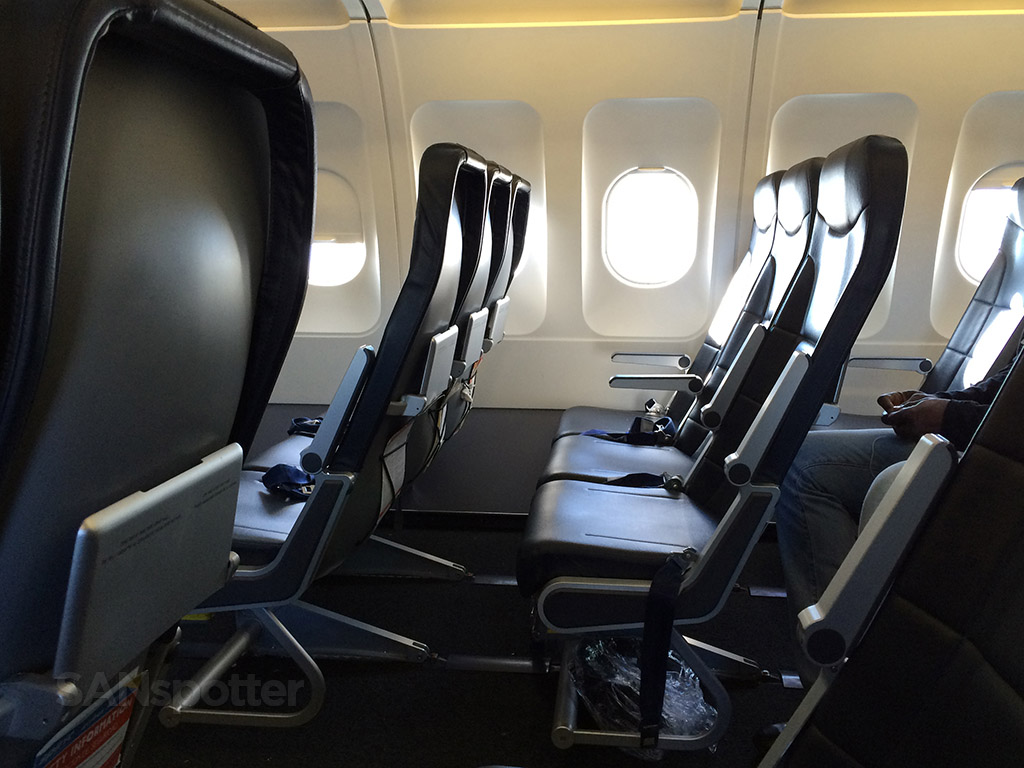 The thinnest seats I’ve ever seen on an airplane 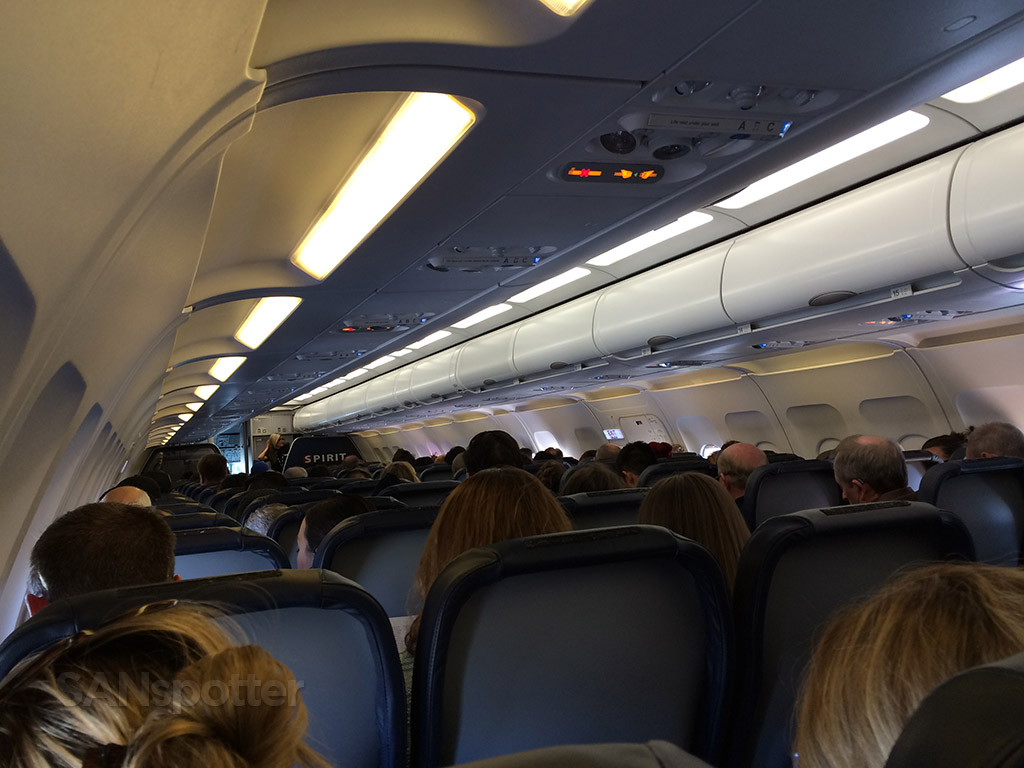 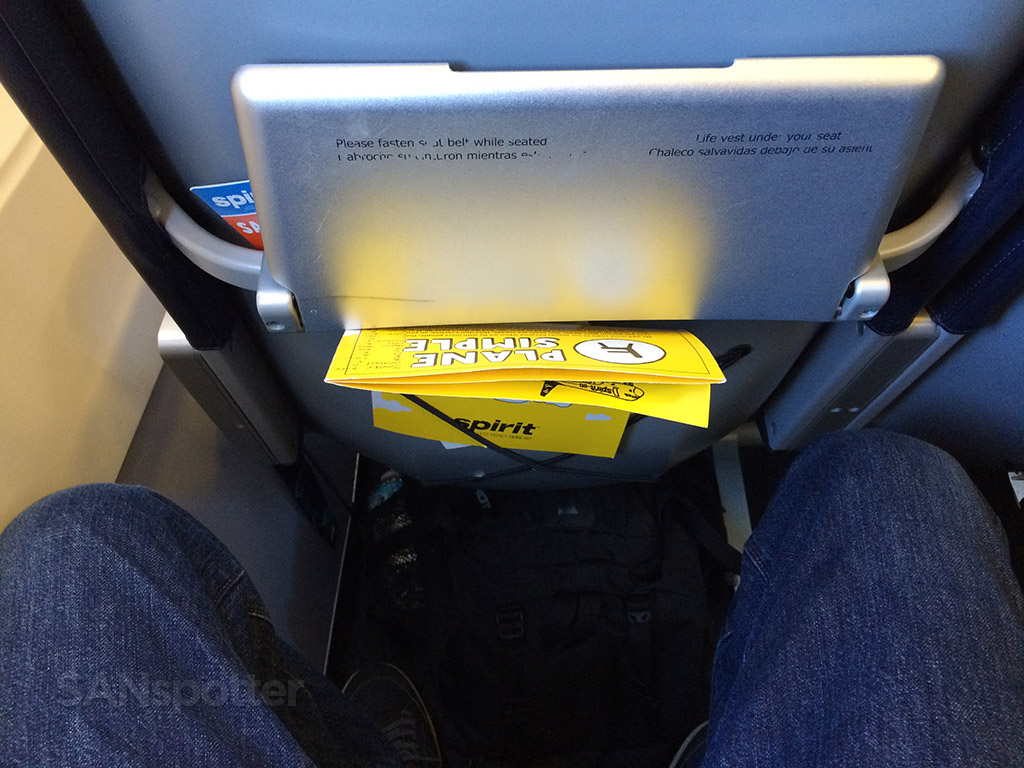 The thing I found most interesting about the seats was they tiny tray table. I’ve never seen anything like it. 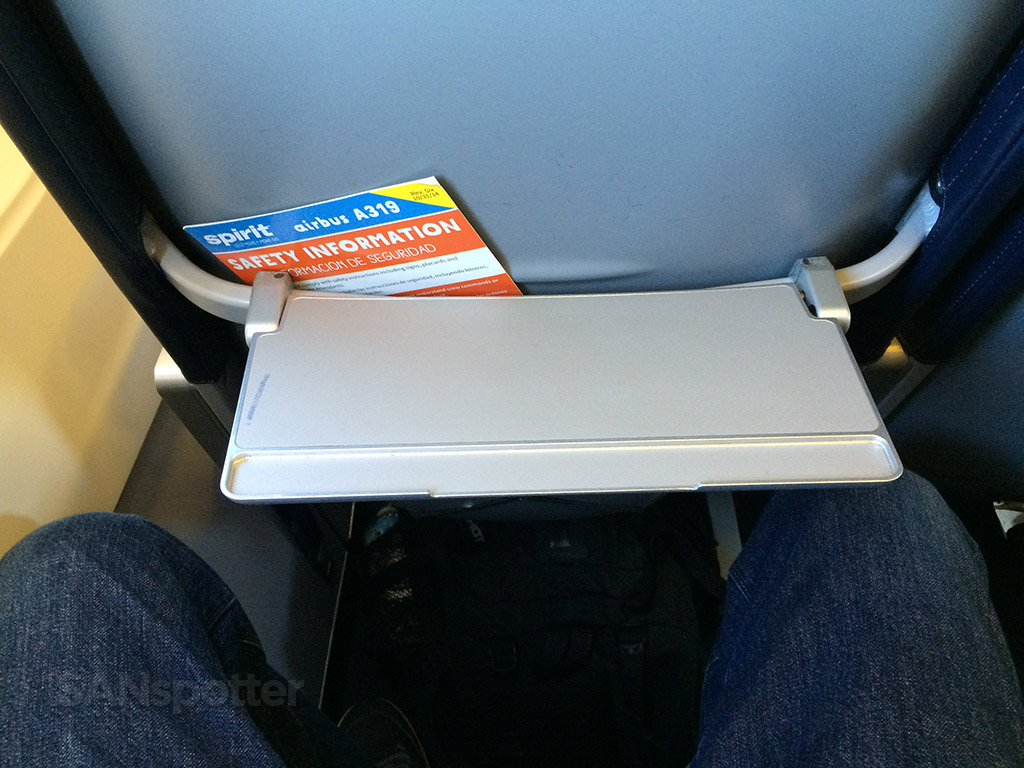 In the down position, there isn’t much space on this table for anything more than a drink and…well…that’s about it 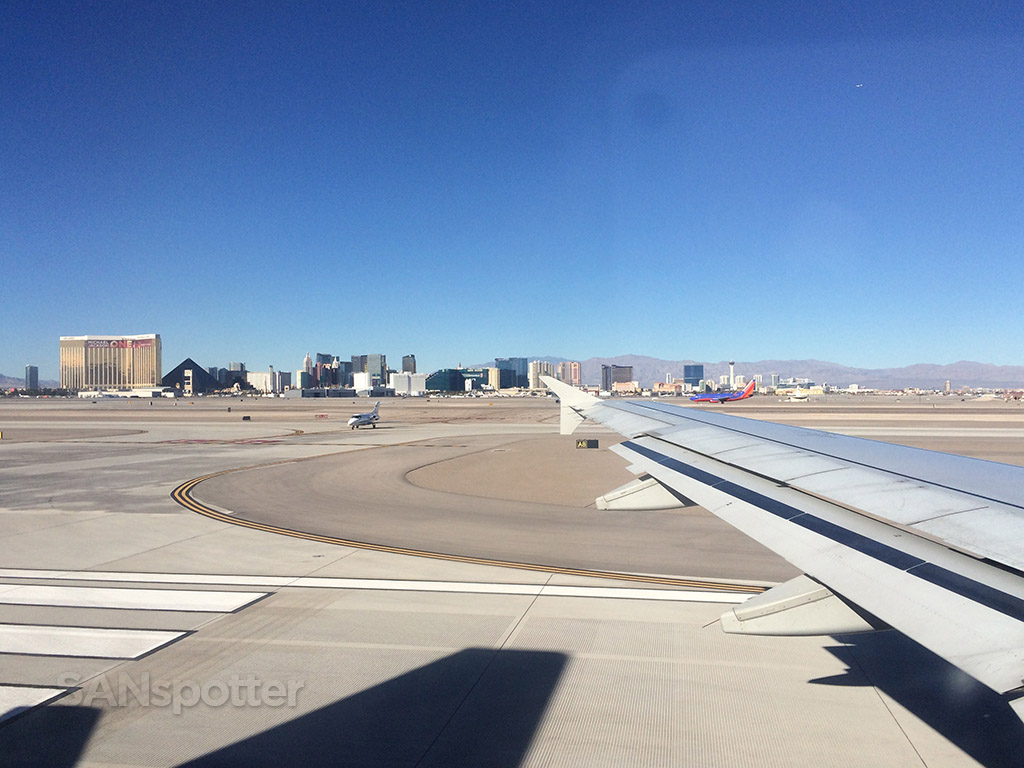 Starting the take off roll 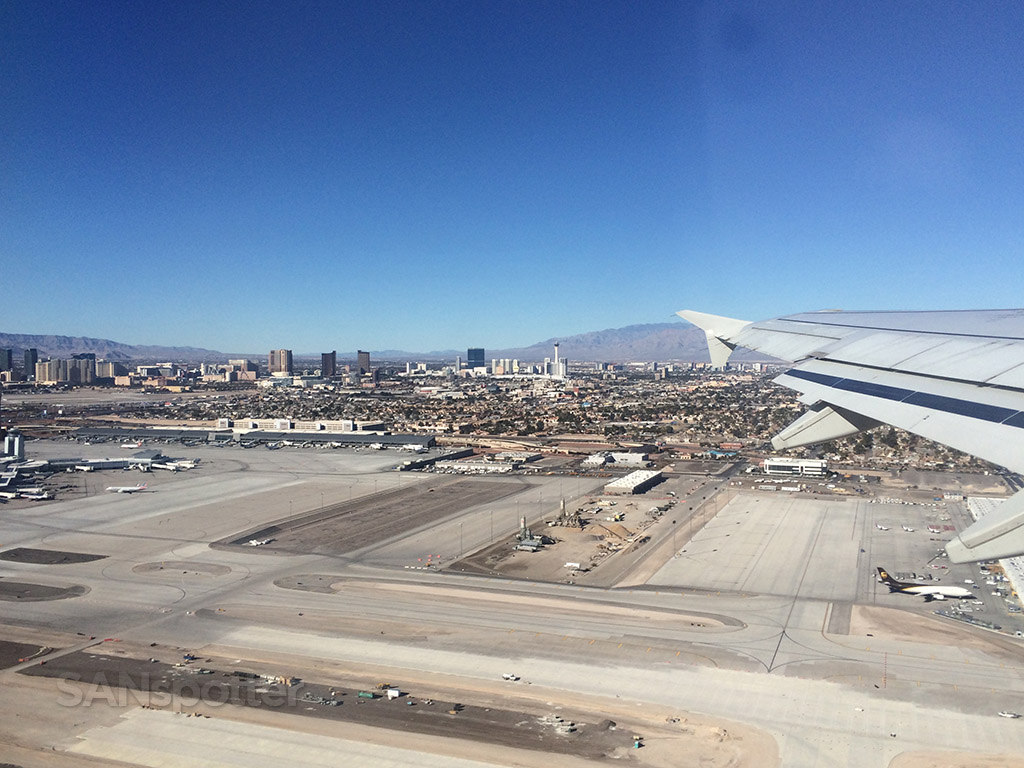 Nice view of the Las Vegas strip in the distance 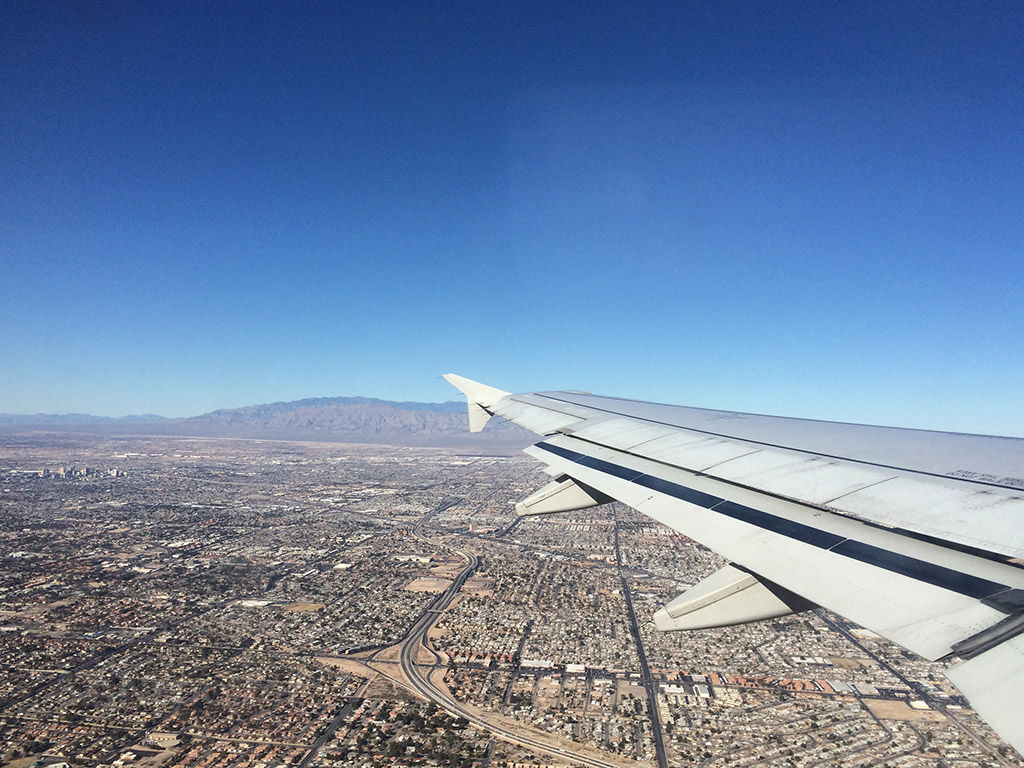 Las Vegas is interesting. Here we are flying over what appears to be a massive bustling city… 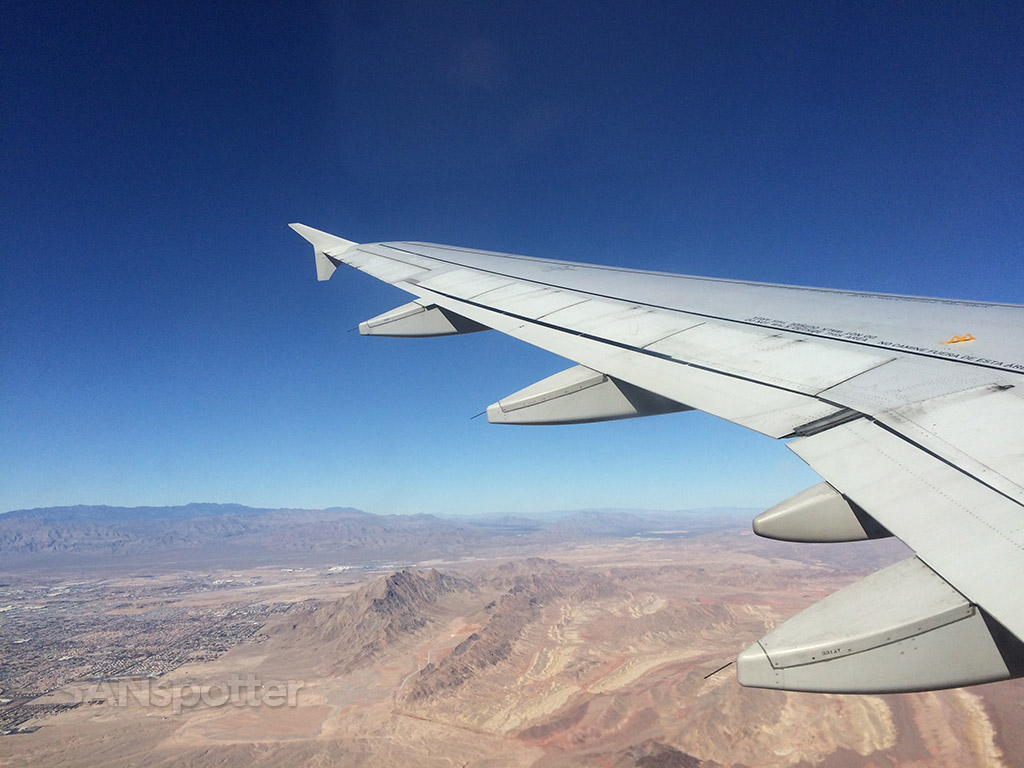 …and then there’s nothing but desert. The city border is abrupt! 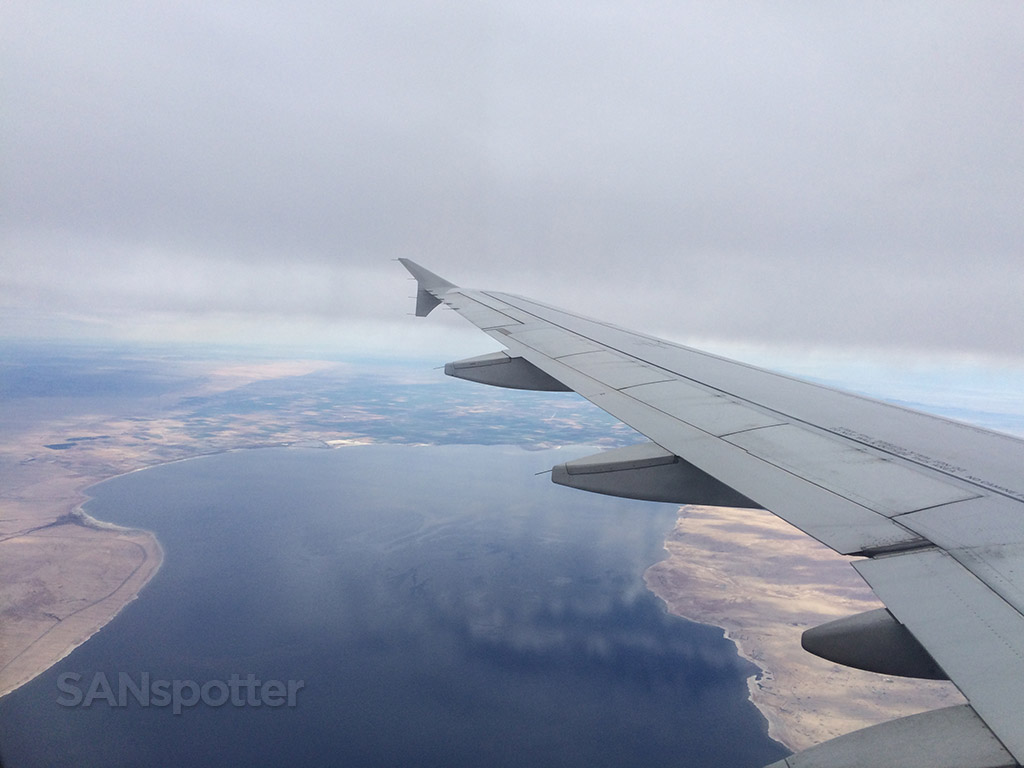 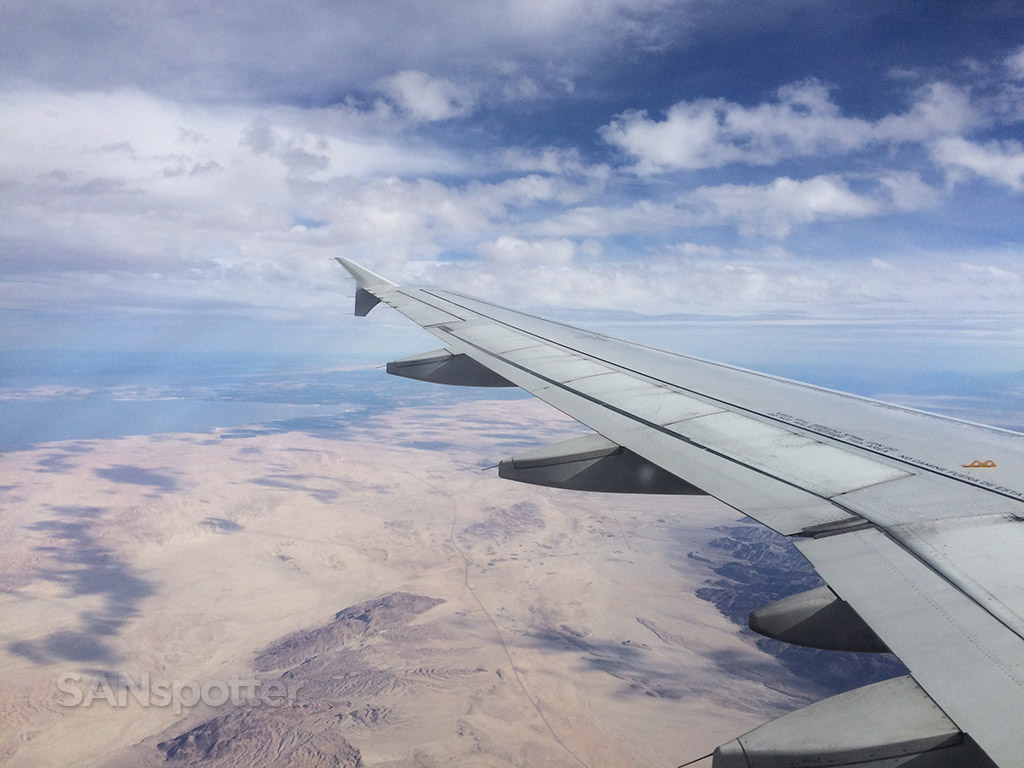 The deserts of southern California, just east of the coastal mountain ranges 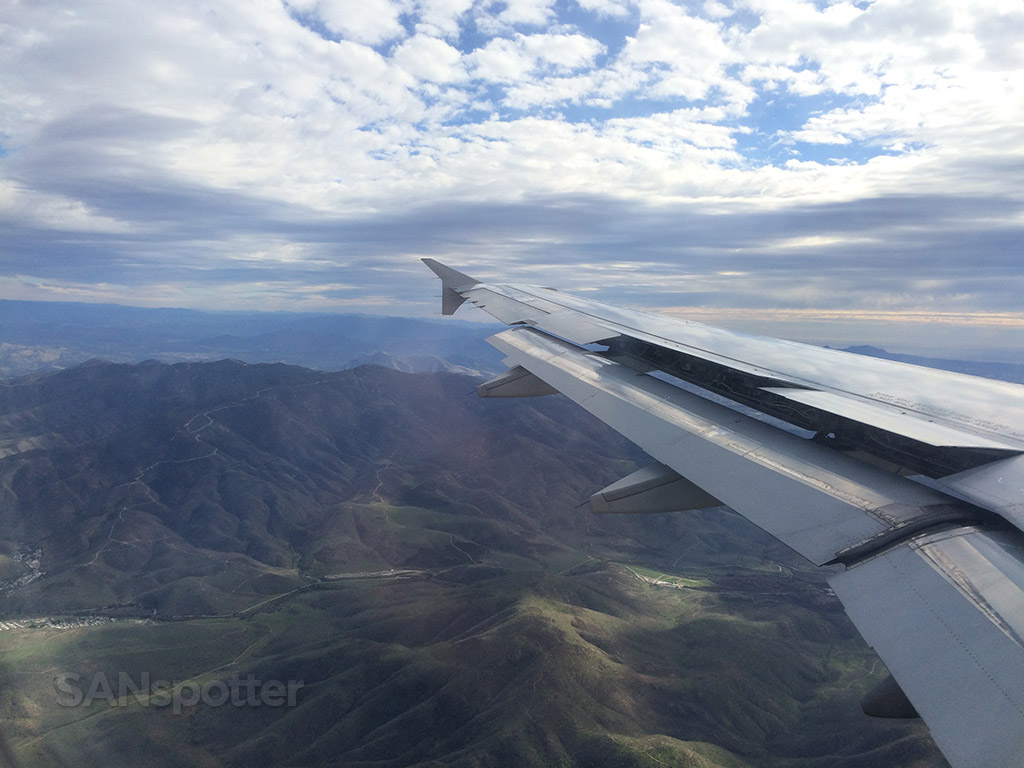 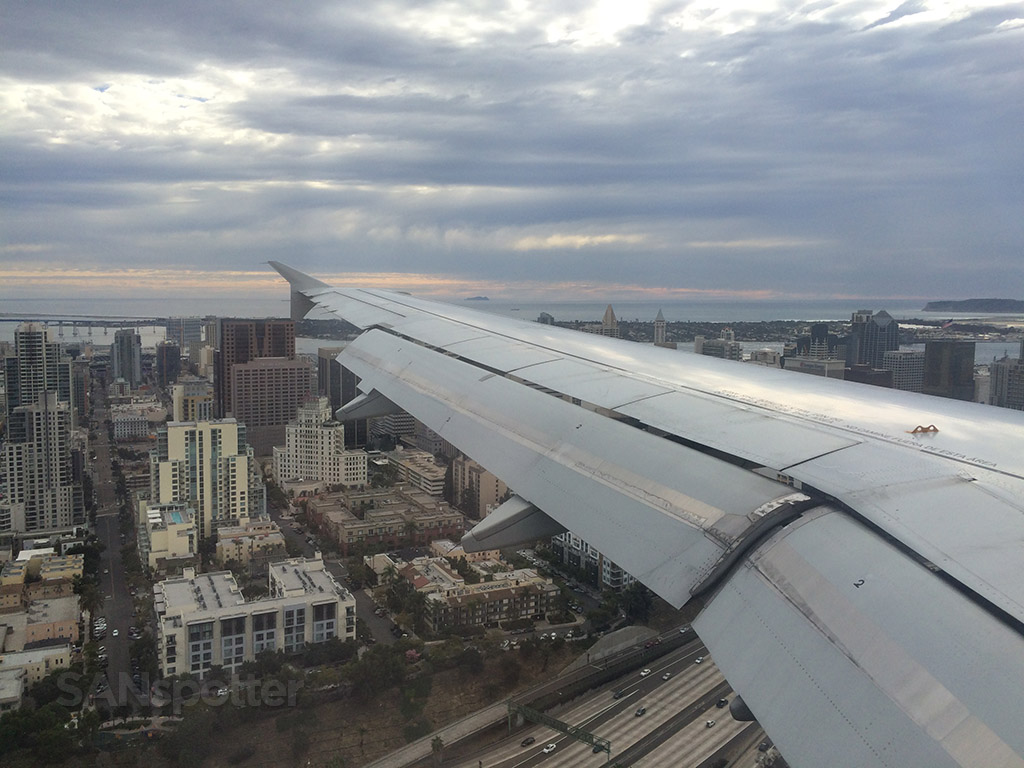 Gloomy or not, it’s always nice to return to San Diego