We arrived at MSP about 2 and a half hours before the scheduled departure, which ended up being just about perfect. That left us plenty of time to return the rental car, check in, and get through security before strolling the shops in the main concourse for a while. I guess I was expecting crowds and lines to be much worse considering it was still (technically) the Thanksgiving holiday weekend, but we never had to wait in line for anything. Check in was quick and easy, and there was absolutely no waiting in the Sky Priority lane at the security checkpoint. One funny (stupid) thing about that was the fact we were a bit disoriented at first trying to find they Sky Priority checkpoint, but we chose to use the normal line instead since there were only a few people ahead of us. But. upon seeing our Sky Priority boarding passes, the agent sent us walking down to the Sky Priority line. It certainly would have been faster to stay where we were, but oh well… 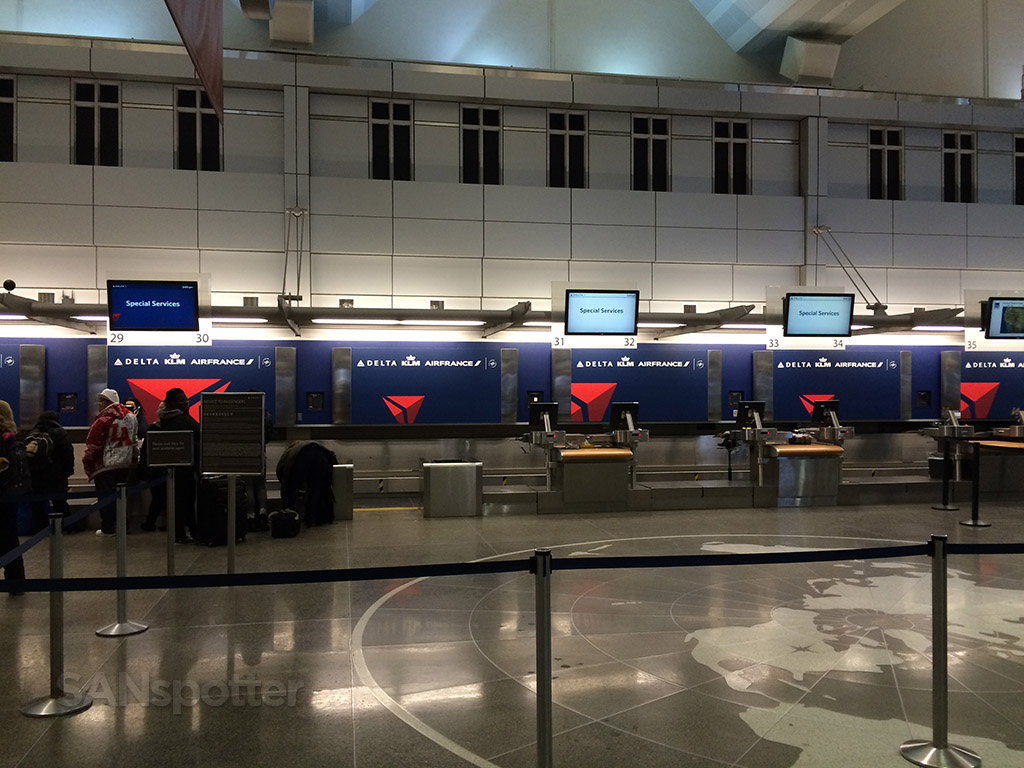 Once through security, we spent a bit of time browsing the shops in the main concourse, picking up some last-minute souvenirs (and coffee for my wife). 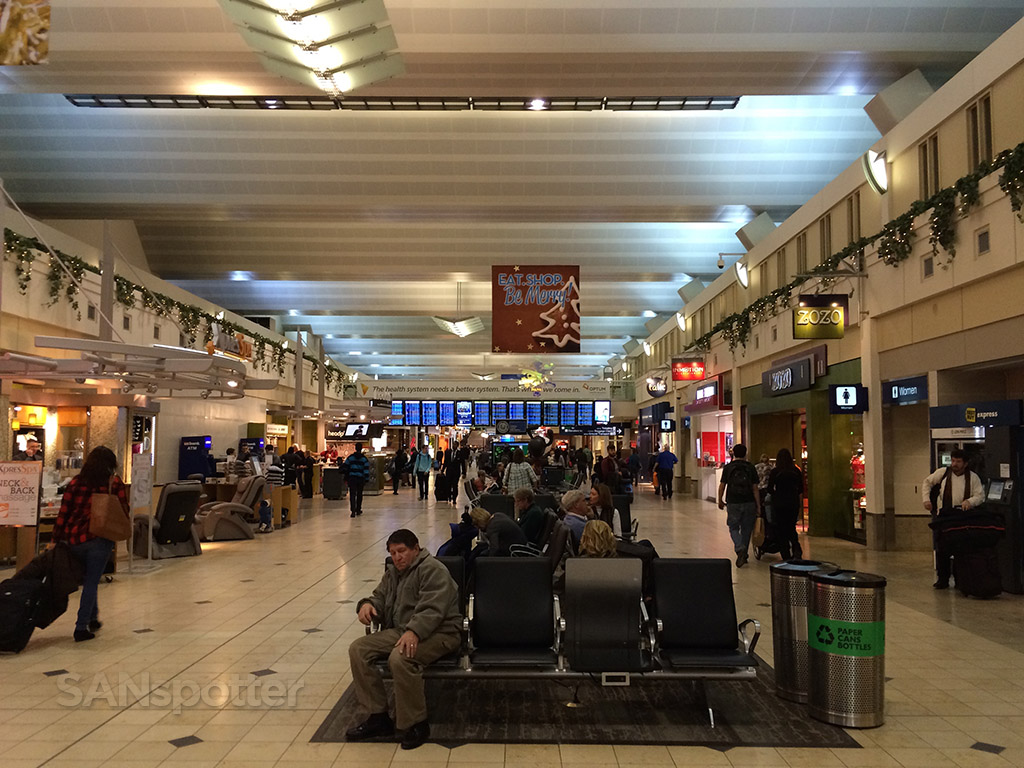 The main terminal at MSP

Our flight to San Diego was departing out of gate G22, which just so happens to be the very last gate at the far end of the G concourse. In other words, it was a long walk. No worries though, as we had plenty of time to make our flight. 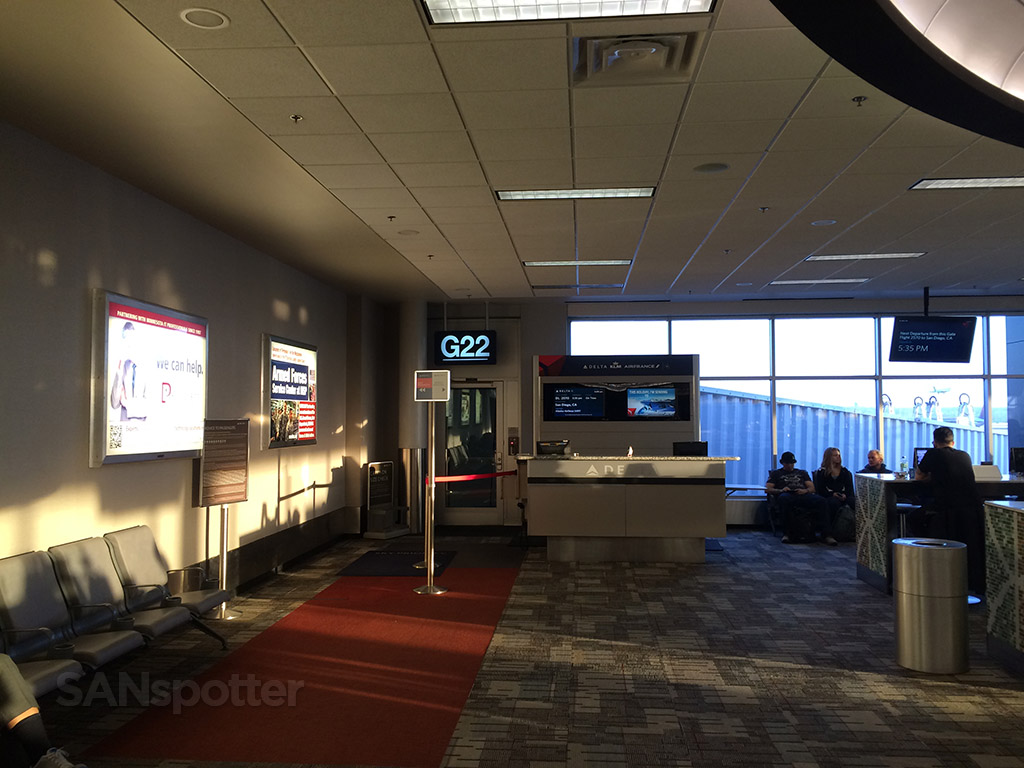 Boarding was delayed a few minutes due to late arrival of the aircraft, and the configuration of gate 22 (in the corner) made weeding through the crowd a bit difficult. But we managed to hack our way through and were situated in our seats (2C and D) in no time. I specifically chose seats on the right side of the aircraft in hopes of some decent photography opportunities during our trek west, but the sun was fading fast during boarding and was completely gone by the time we pushed back. Oh well. 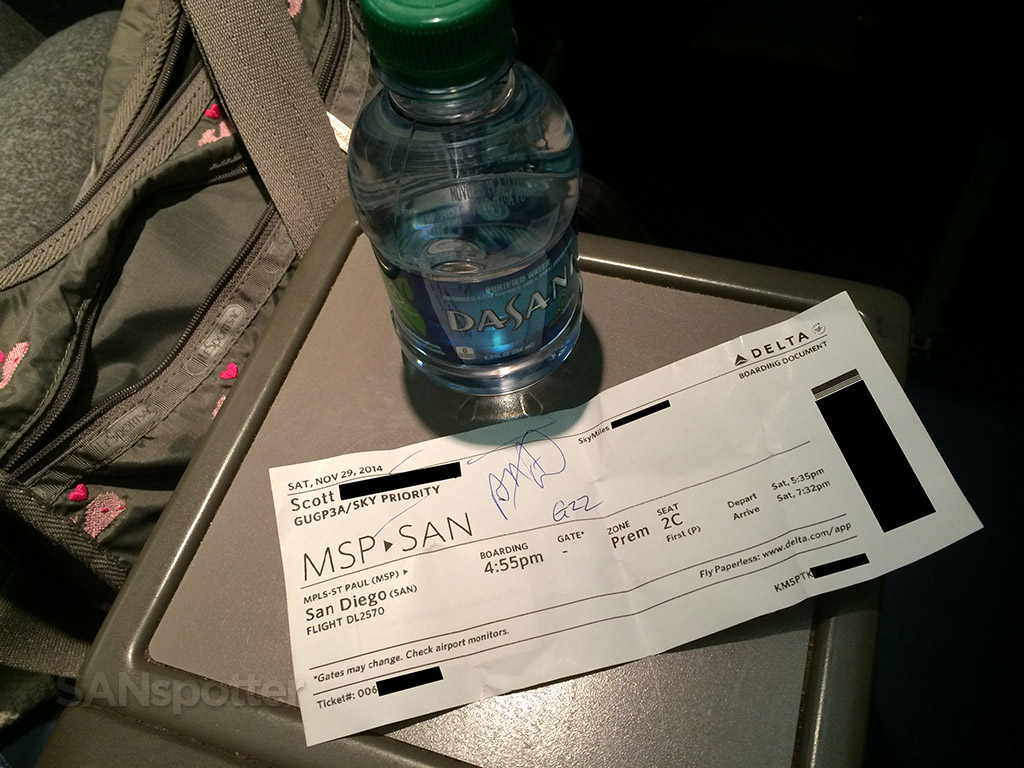 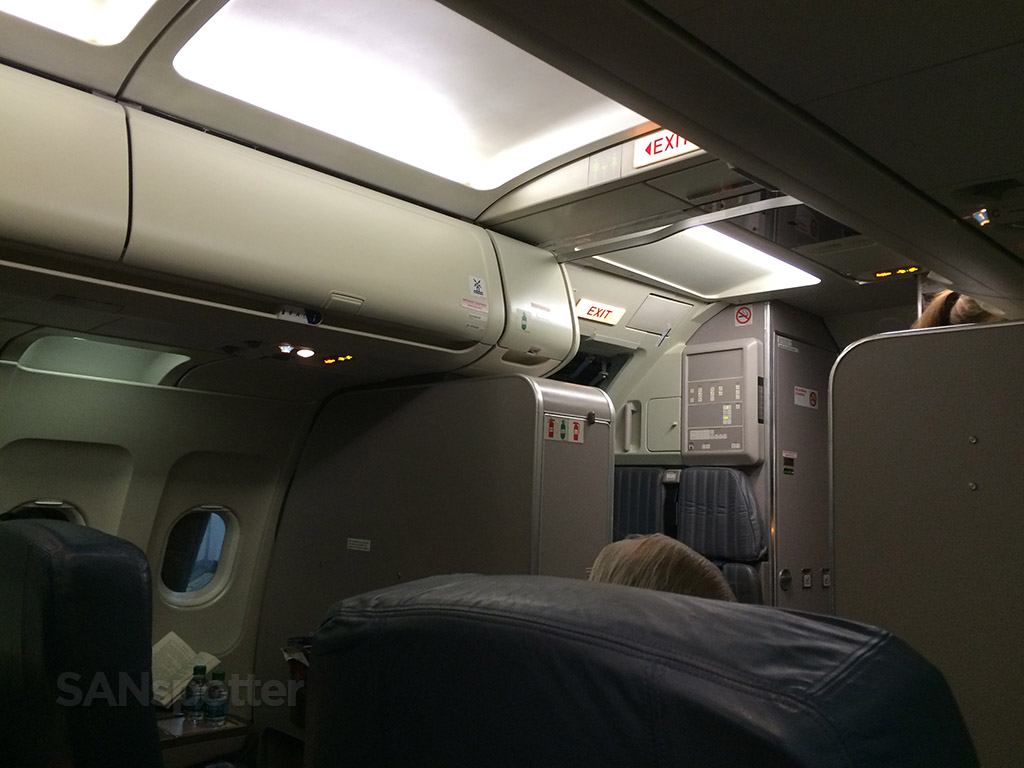 Forward galley of our Delta A320 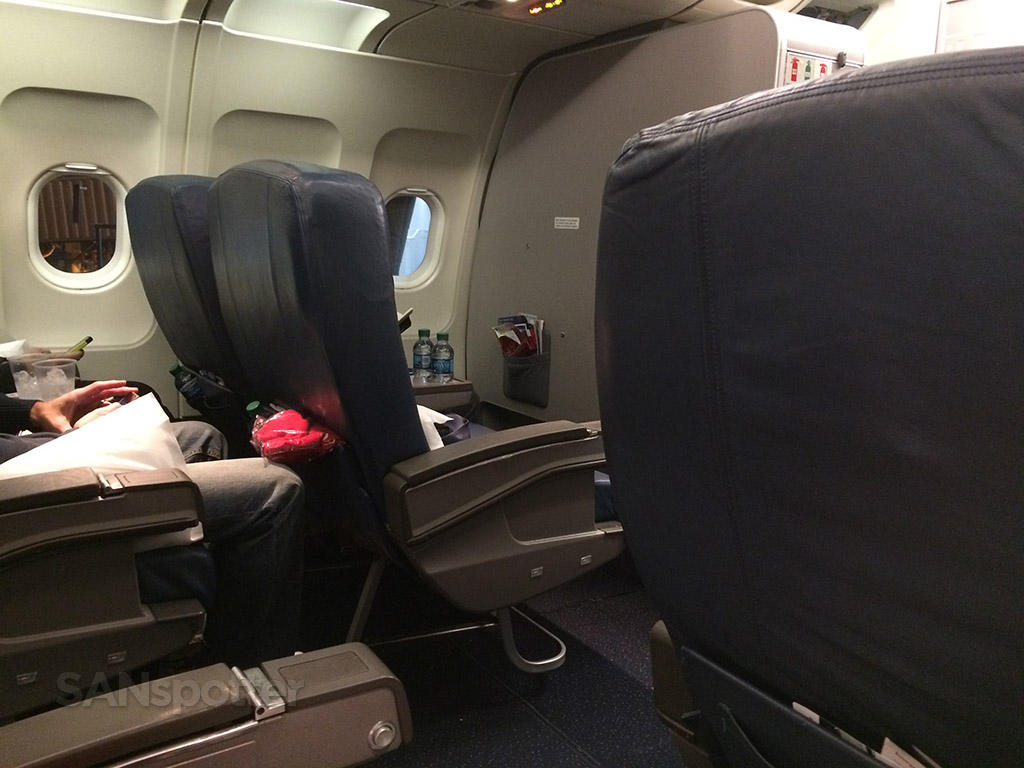 As you can see, there’s noting really luxurious about the Delta A320 first class cabin! 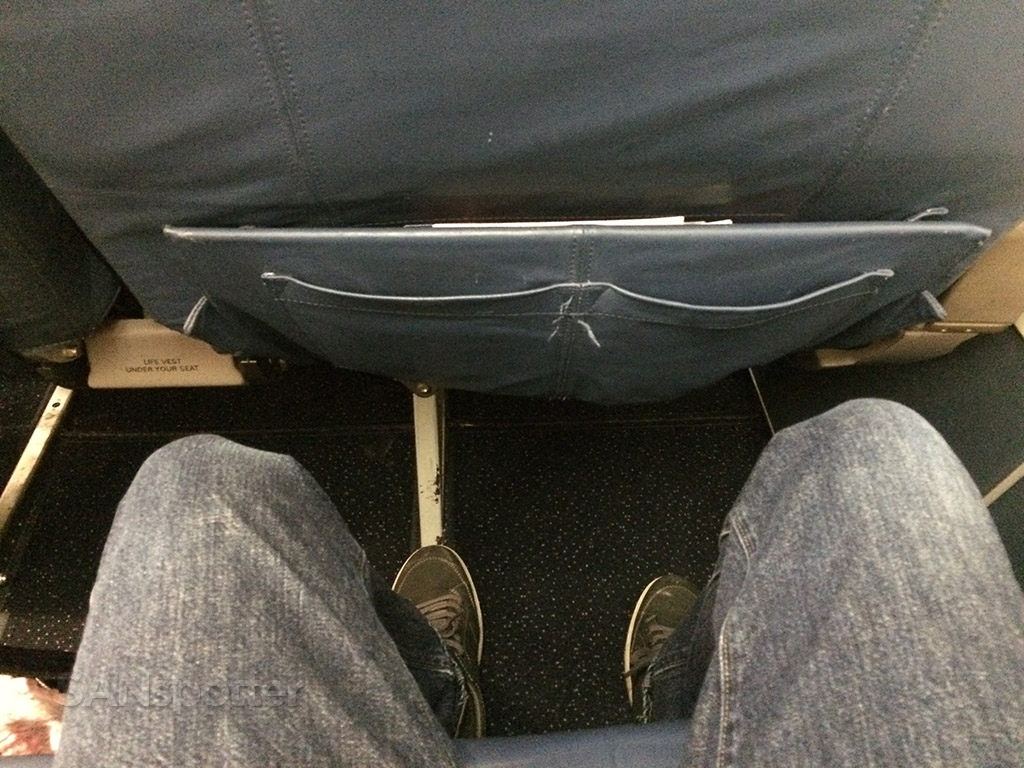 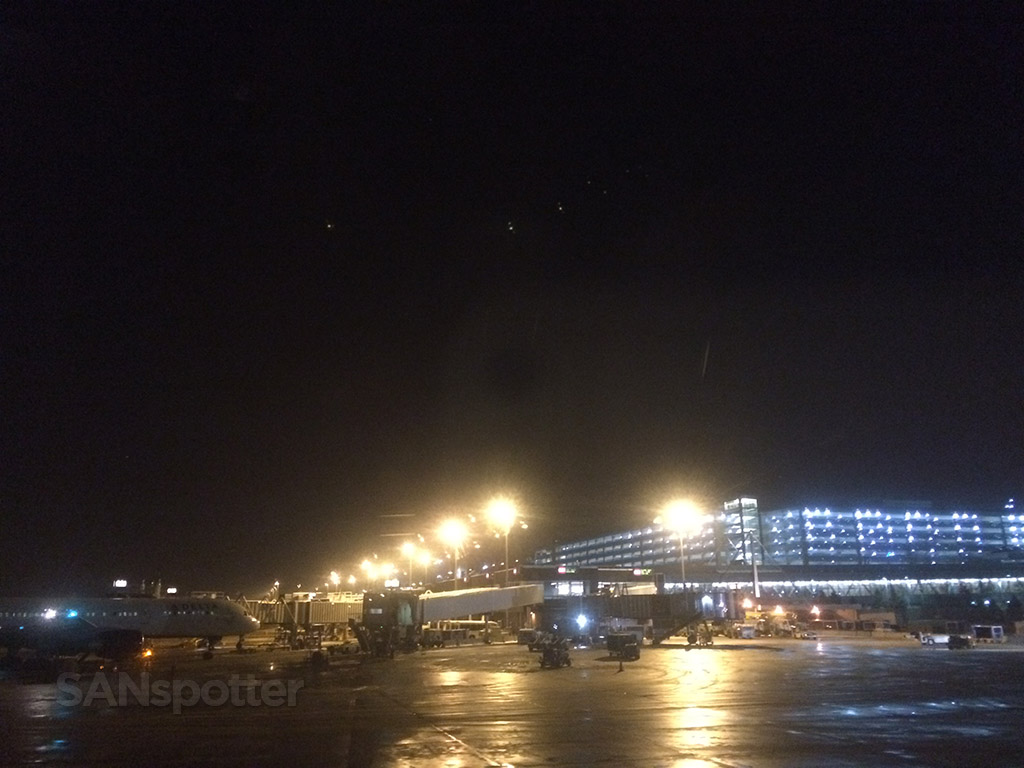 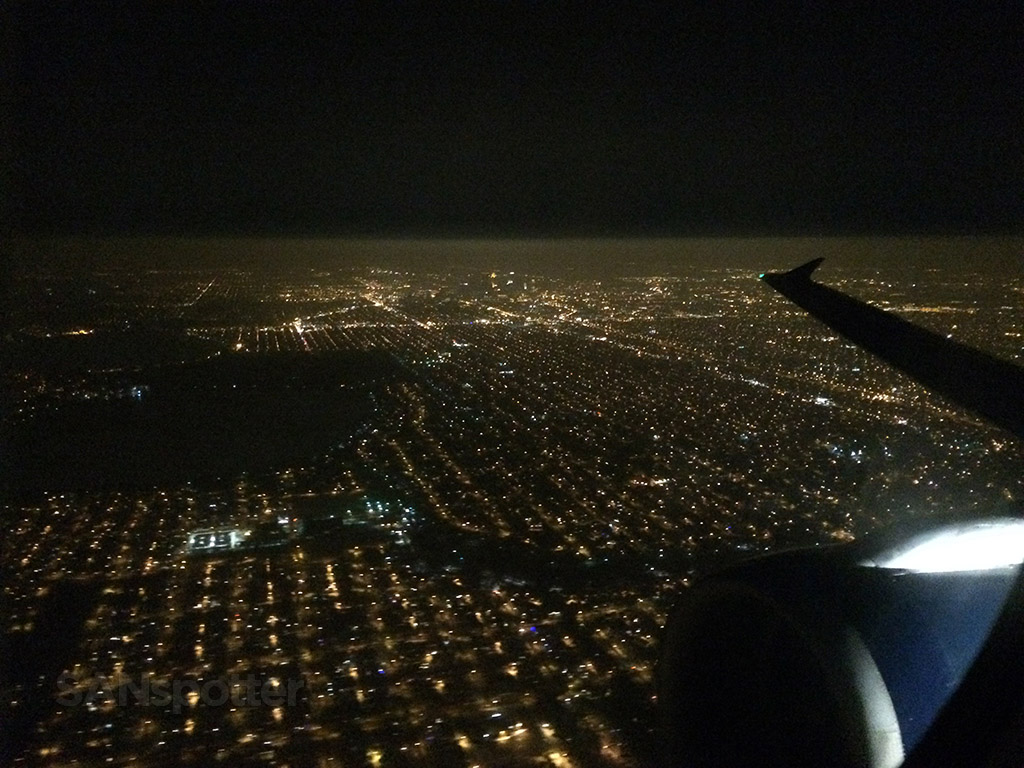 Climbing out of MSP and headed west

Hot towels were distributed 10 minutes after our 32L departure, quickly followed by drinks and then dinner orders. 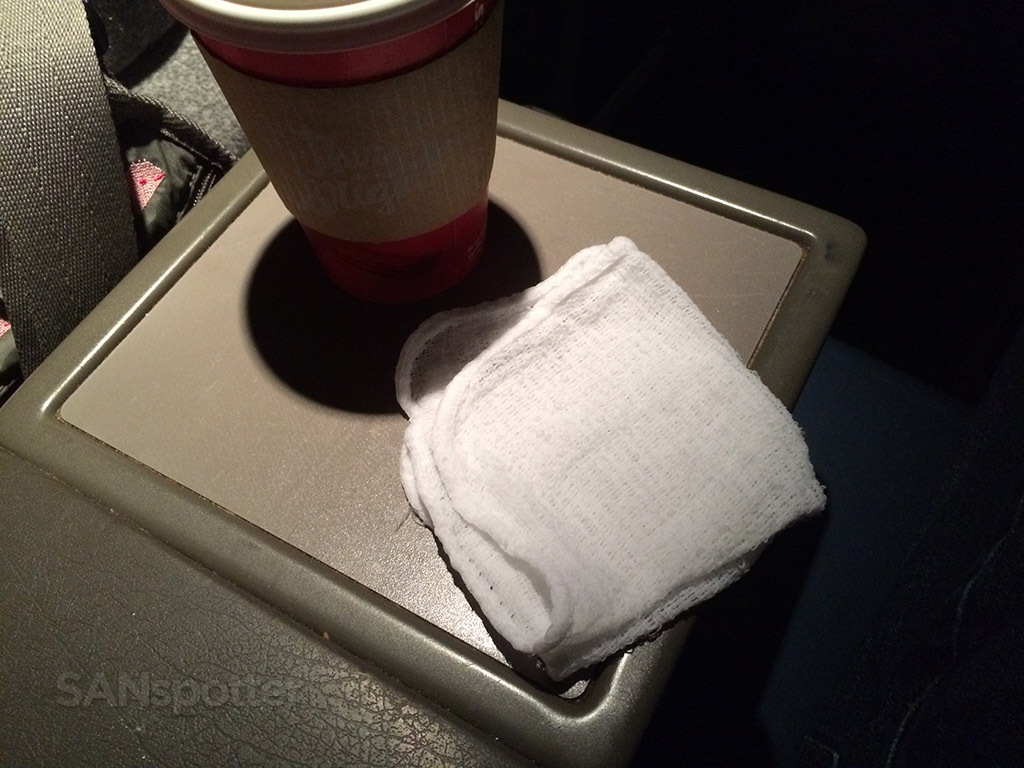 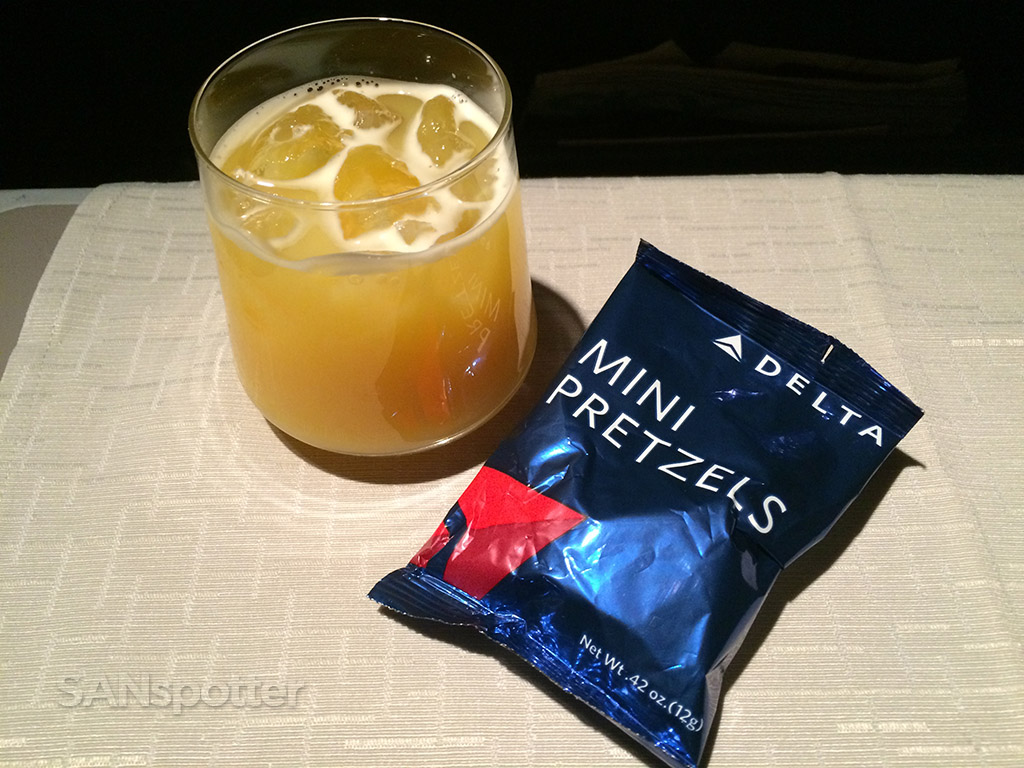 Dinner choices on tonights flight were teriyaki chicken or ravioli. Both were still available by the time the flight attendant got to our row, so I opted for the chicken and my wife the ravioli. 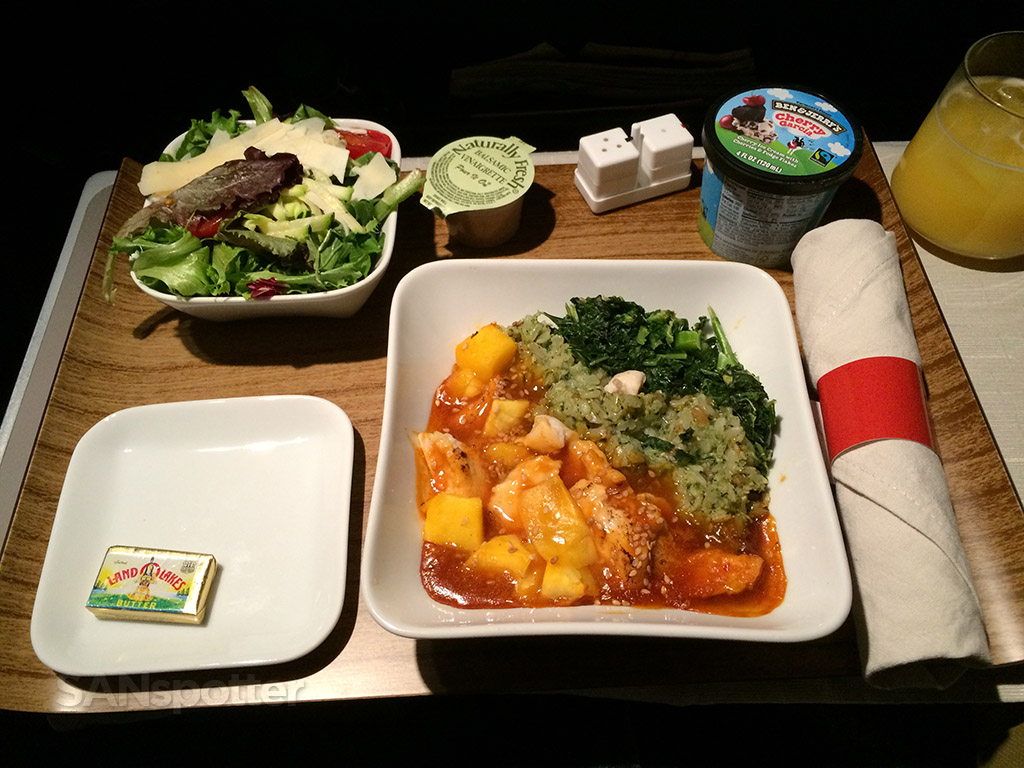 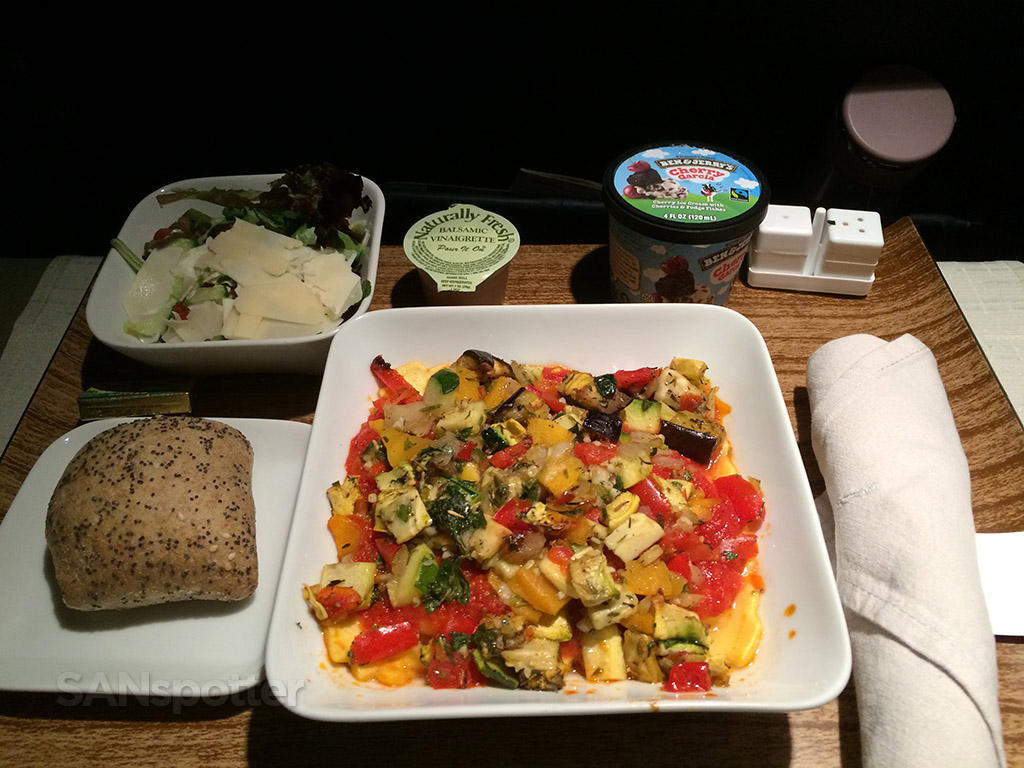 And once again, I was very impressed by the quality of food in Delta first class! Both dishes were quite tasty, though I preferred the ravioli due to the fact that the chicken was a bit too spicy for my tastes. But still, portions were generous and the quality was pretty darn good by domestic first class standards – I’ve certainly had international business class meals that weren’t quite as good.

Since there was no in flight entertainment (other than my phone or tablet), the remainder of this 3 hour and 45 minute flight was spent sleeping. My wife did mention later that the flight attendant came through the cabin with the snack basket several times, as well as constantly making sure that everyone had enough to drink. Yeah, service was pretty darn good, which is typical of what I’ve experienced with Delta on these longer mid-con and trans-con flights.

Despite leaving MSP a few minutes late, we arrived at SAN right on time – followed by a longish taxi all the way to gate 50 at the end of T2 west. What the heck was the deal with this trip? Every single gate we used was (literally and nearly) the farthest possible from the main terminal. Not a big deal at all – mostly just annoying (and slightly interesting). 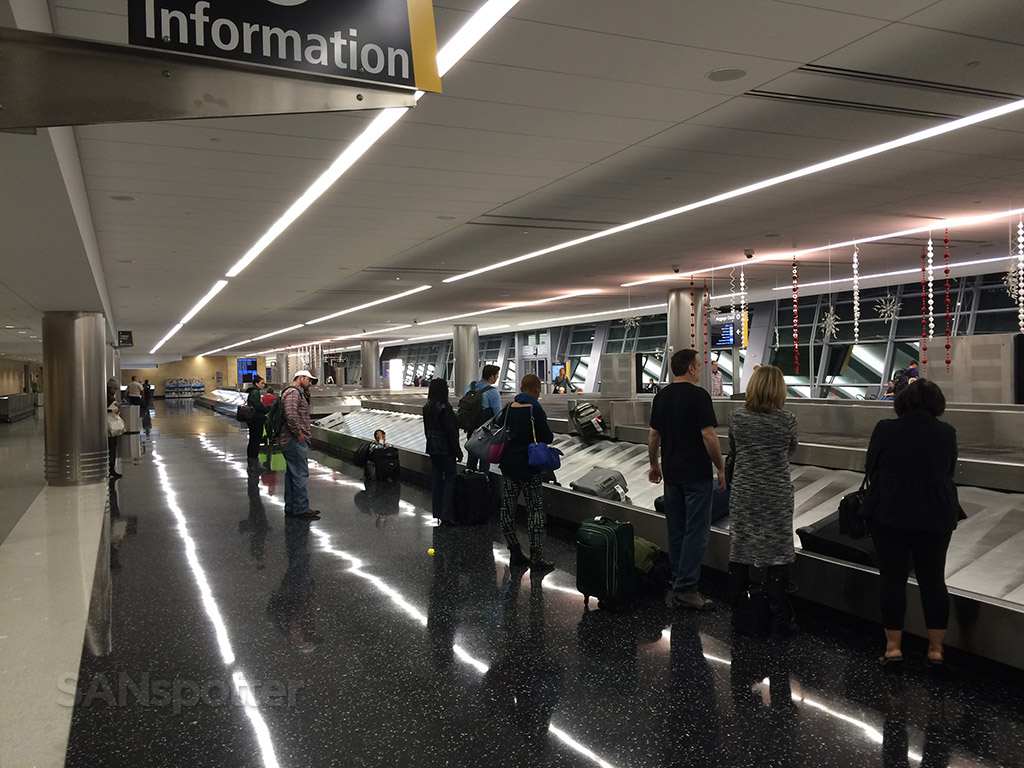 Waiting for our bags upon arrival at SAN

So there you have it – a quick out and back to MSP in Delta Airlines first class. Next up: Florida for Christmas!