The United Express EMB-120 flight I took from LAX to SAN back in April of last year was somewhat special for me at the time, as I thought for sure that it would be the last EMB-120 flight of my life. Those things are scheduled to be gone for good by mid 2015, and it’s not very often I choose to choose to connect through LAX much at all these days. But here I am 5 months later and I’ve found myself buzzing (and bouncing) through the skies once again on a United Express (Skywest) Brazillia. I’ve got a love / hate relationship with these things: on one hand, they are quite possibly the most uncomfortable commercial airplanes to fly on, but on the other hand I have fond memories of the places they’ve taken me over the years. I’d like to think that this was my last EMB-120 flight, but who really knows…

After arriving on UA33 from NRT, it took about 45 minutes to get though customs, immigration, and security. That left us with about two hours to wait for our connecting flight down to SAN, which is a pretty lengthy layover in terminal 8 at LAX. It’s not a very exciting terminal by any means, so here’s really not much to do other than wander around or sit and wait. The thought of just renting a car and driving to SAN crossed my mind, but our bags were already checked so all we could do was just sit there and think about how miserable this flight was going to be. Good times. 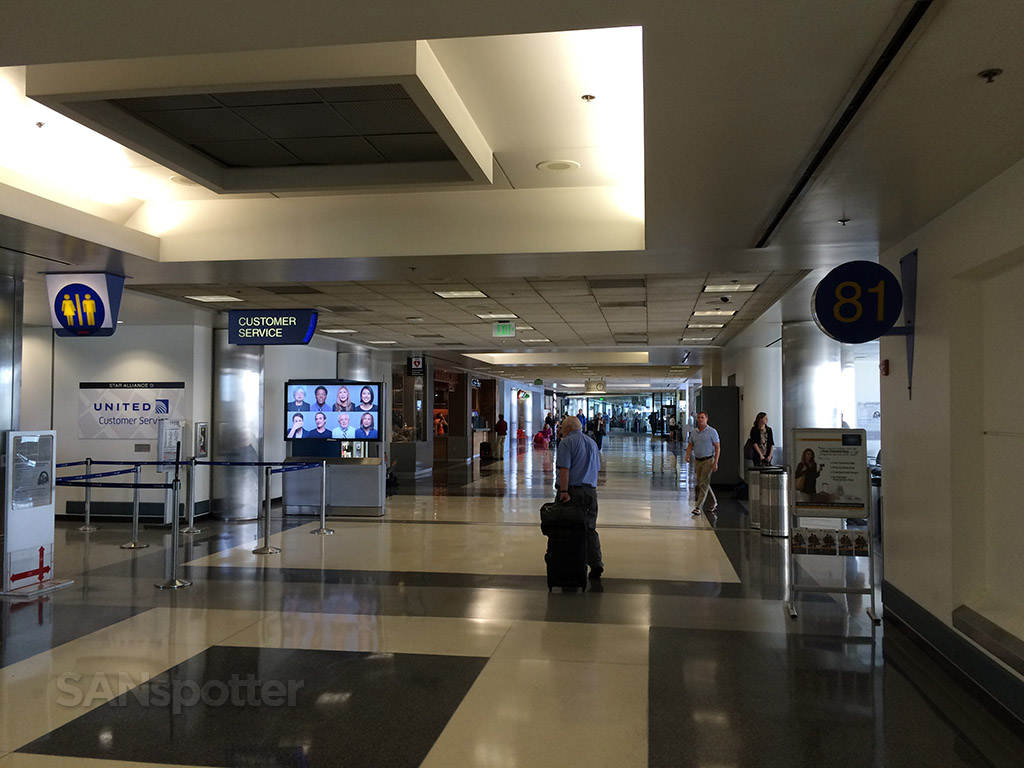 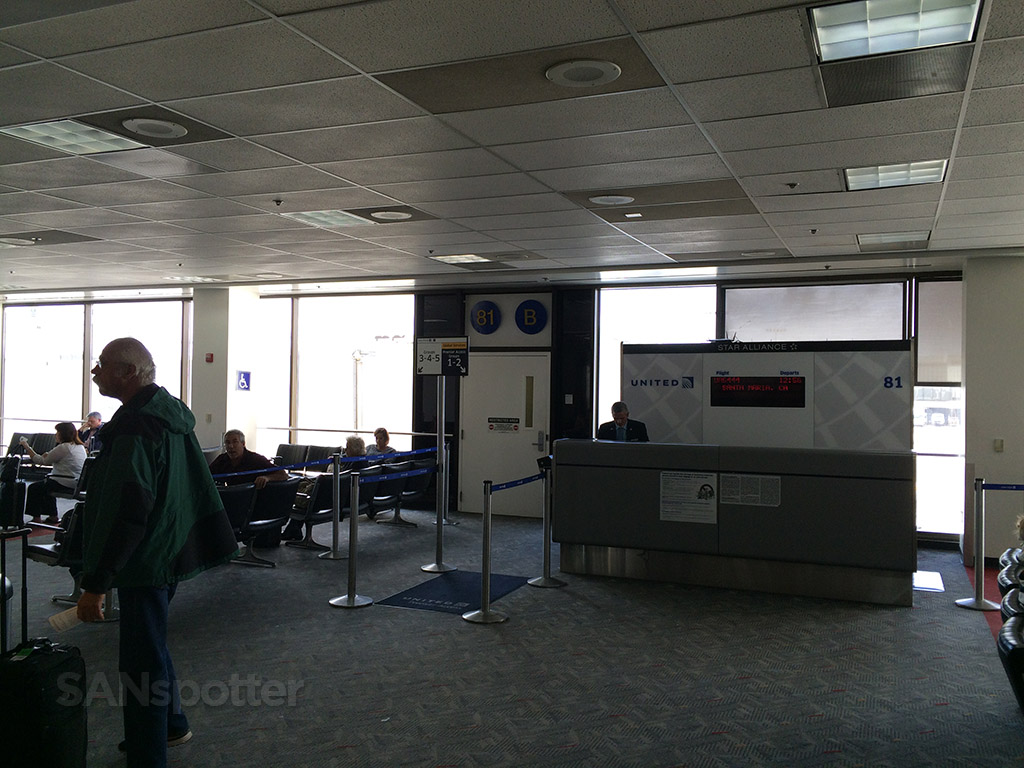 Boarding was called at gate 81 right on time, and one of the things that I like about boarding UAX flights here is that there are no jetways – a walk out onto the ramp is necessary to board the aircraft. The aviation geek in me thinks that’s pretty neat, but my wife thought otherwise. What’s not to like about some sunshine, the smell of jet fuel, and the sound of roaring aircraft off in the distance? Different strokes for different folks I guess… 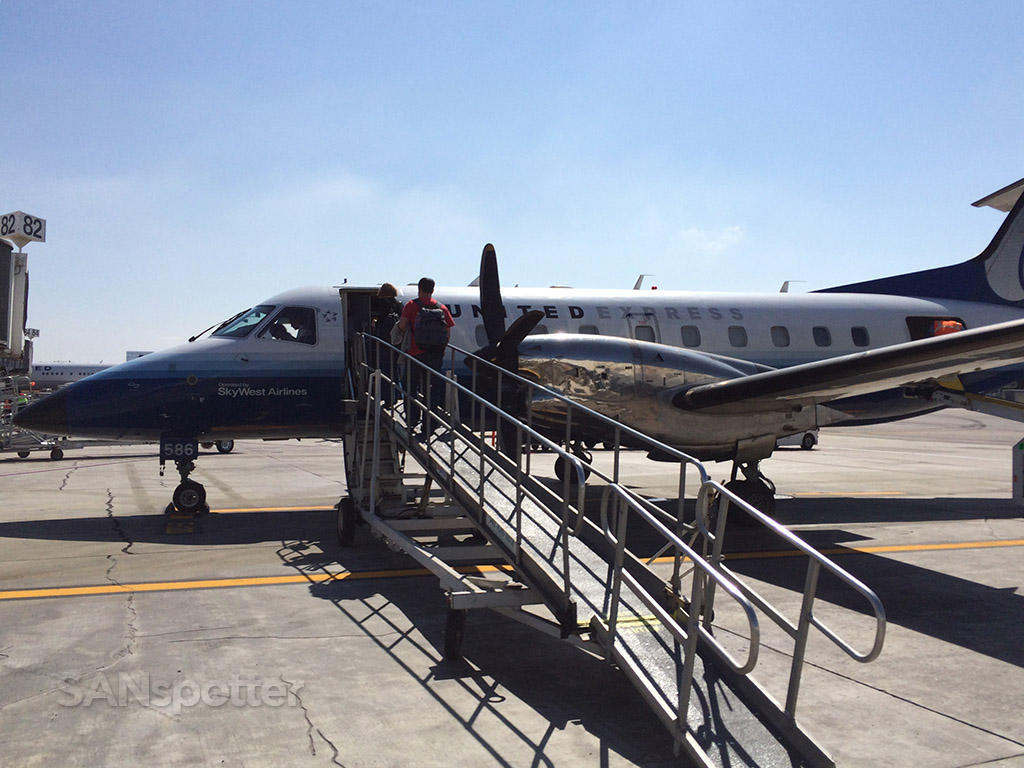 Climbing the stairs to board UA6333

We had seats 8B and C, which were located in the last 1/3 of the aircraft. Boarding seemed to go pretty quickly, and the only entertaining thing worth mentioning was the Chinese guy who boarded at the last minute who was yammering quite loudly on his cell phone – annoying enough that the flight attendant told him to end the call (repeatedly). 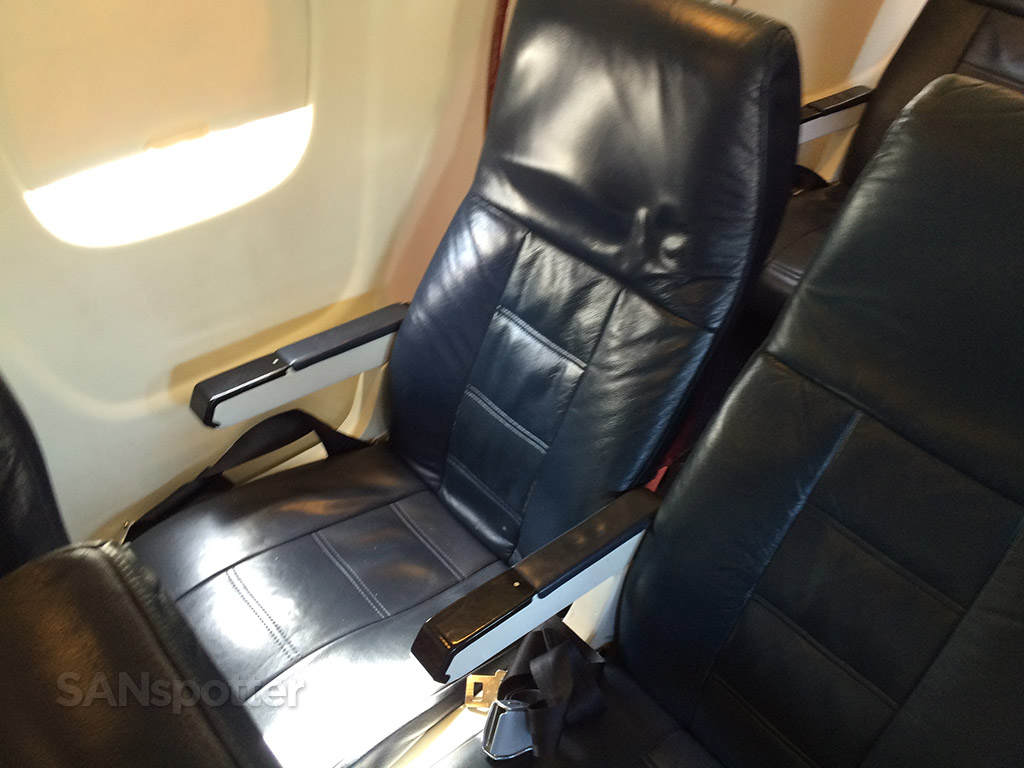 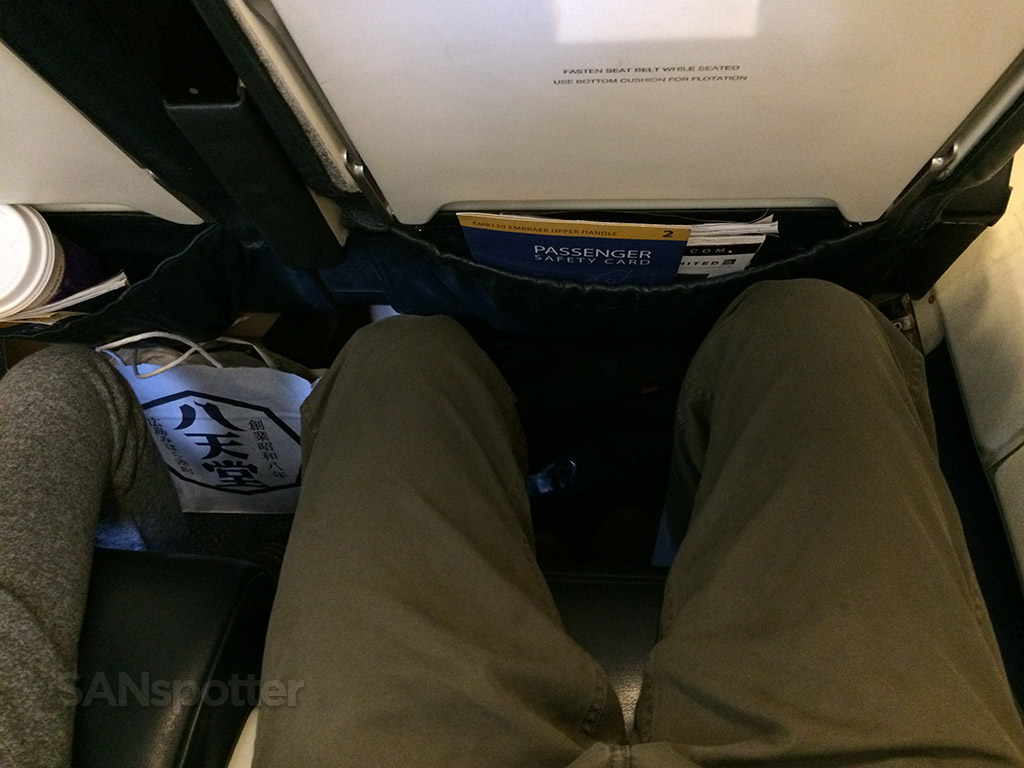 Leg room was tight, of course, but surprisingly not much worse than the 787 we just came from 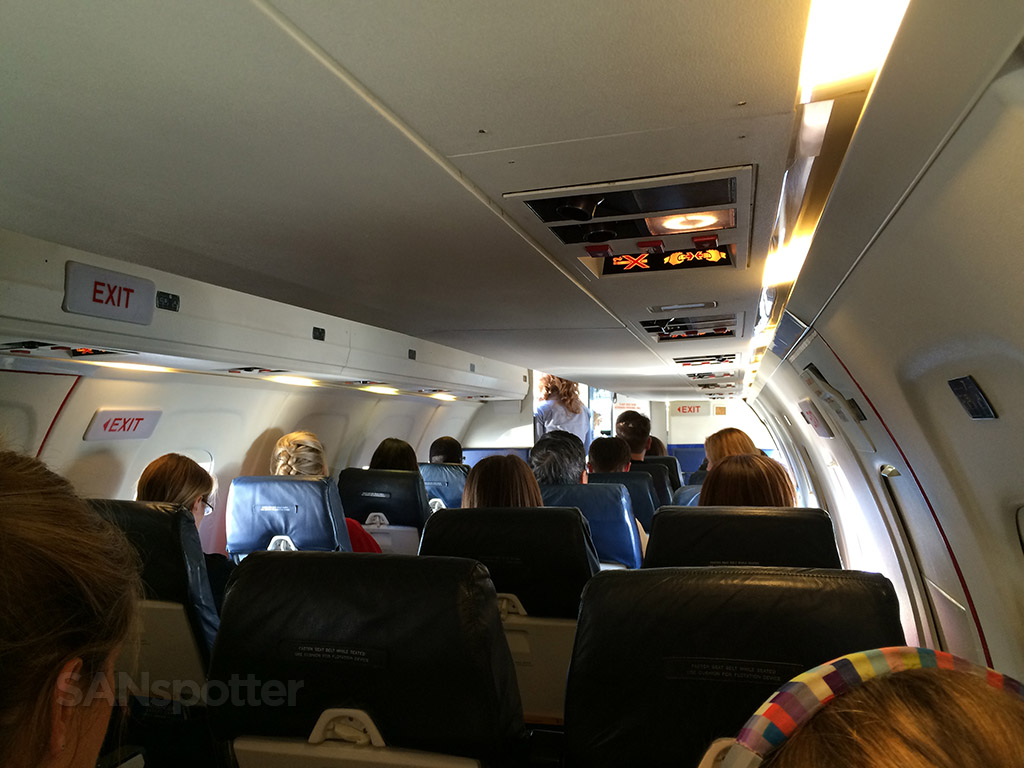 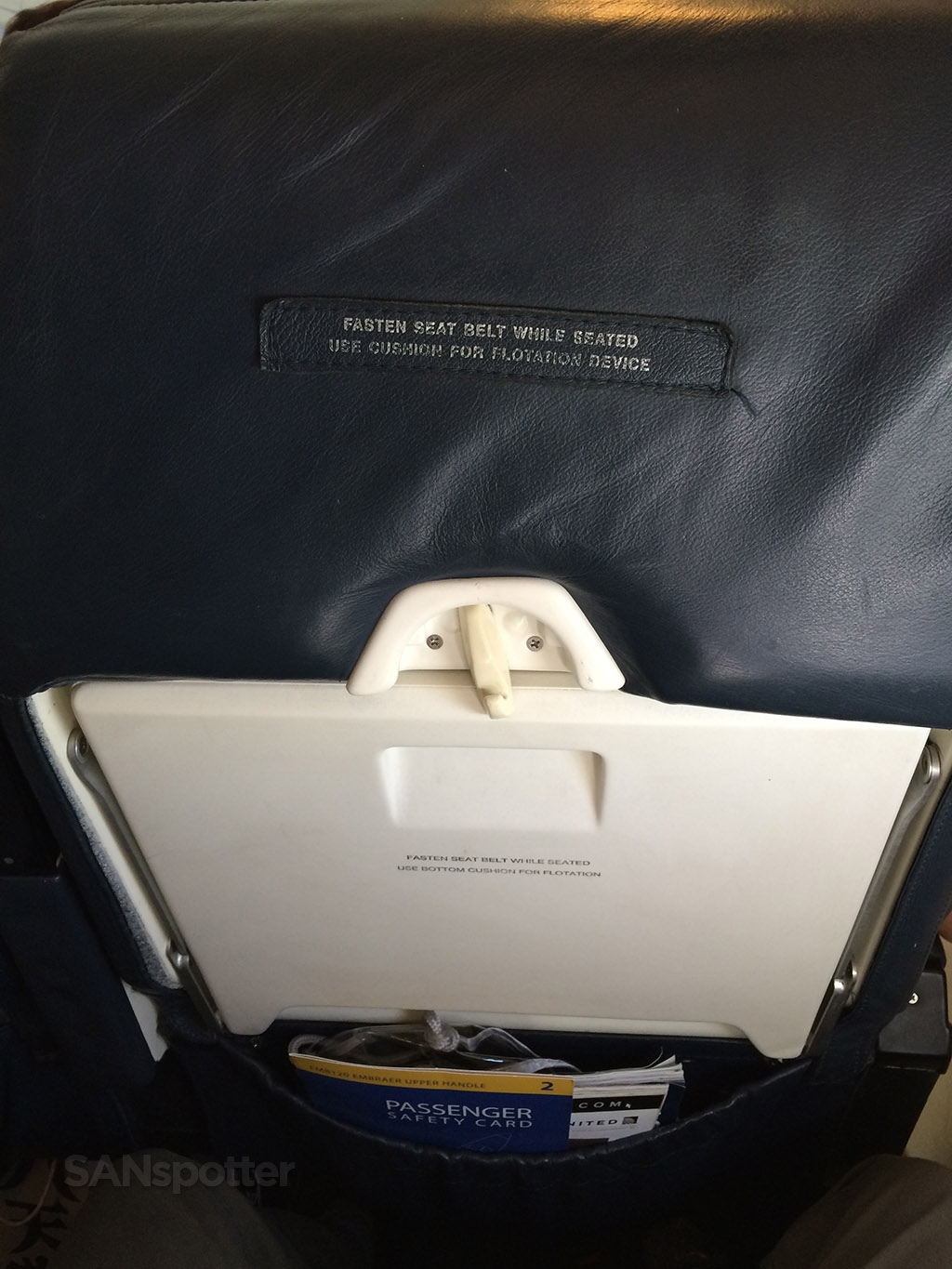 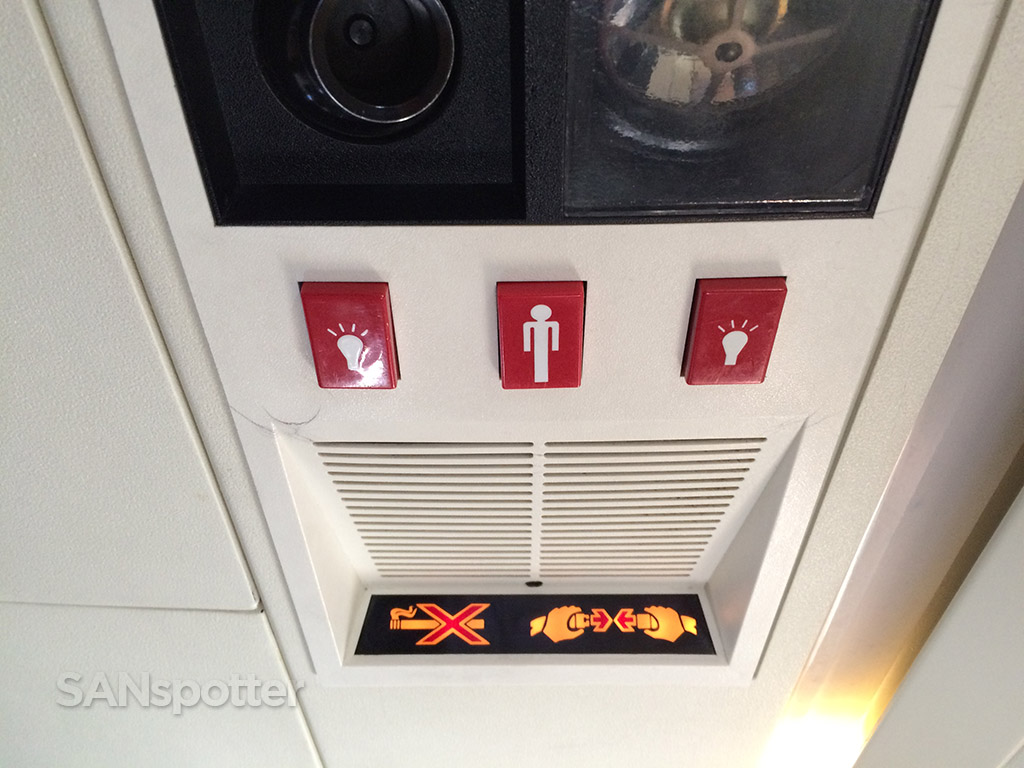 We had a bit of a wait for our turn to depart runway 25R, but at least the scenery was nice: 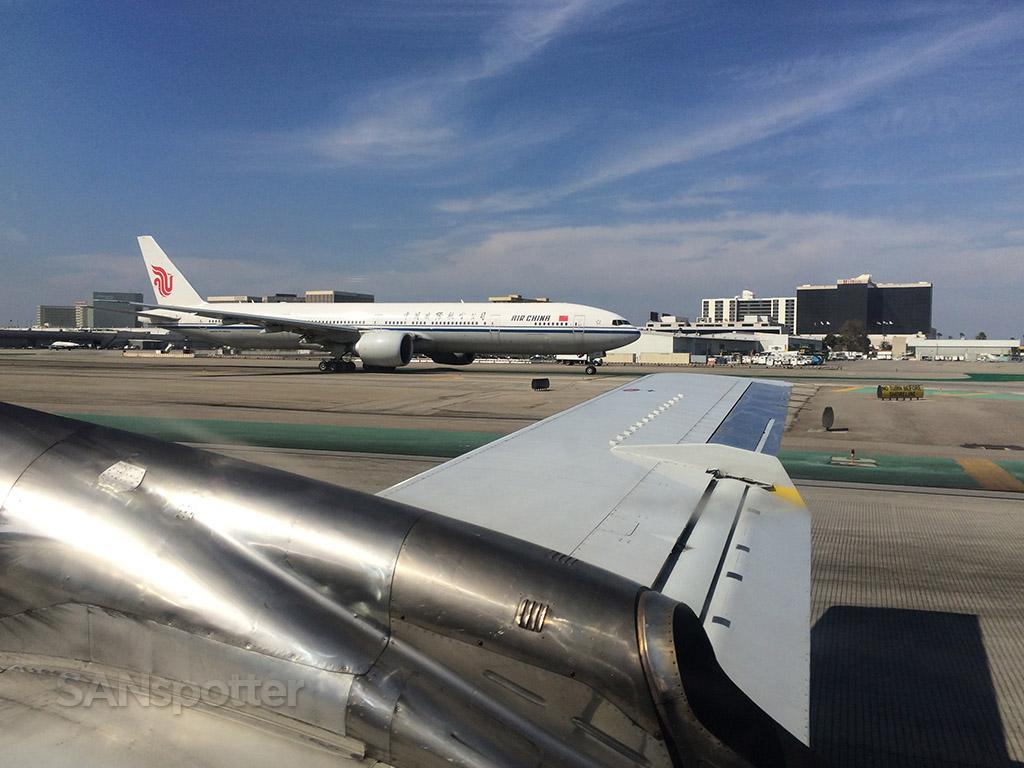 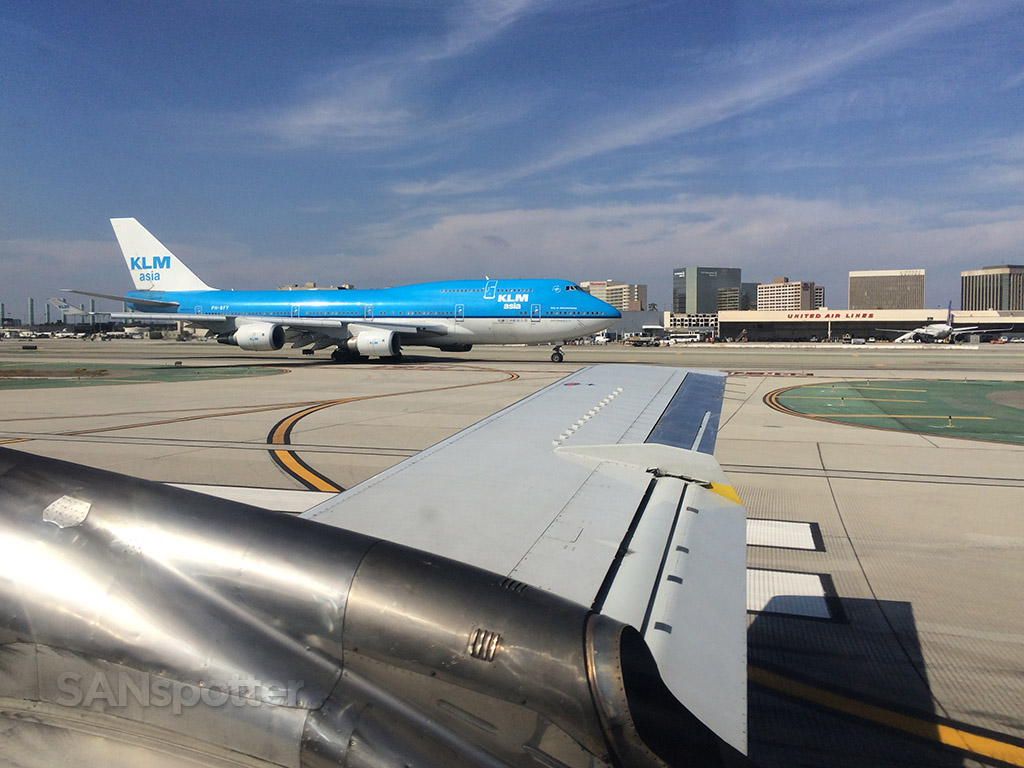 The view during departure was even better: 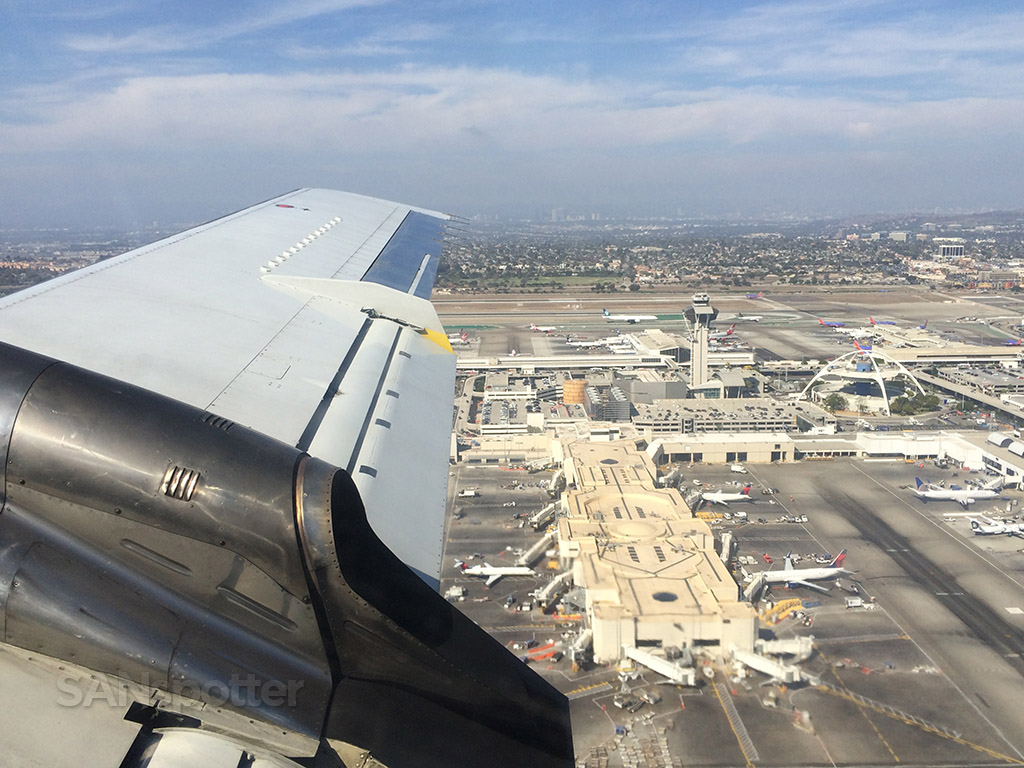 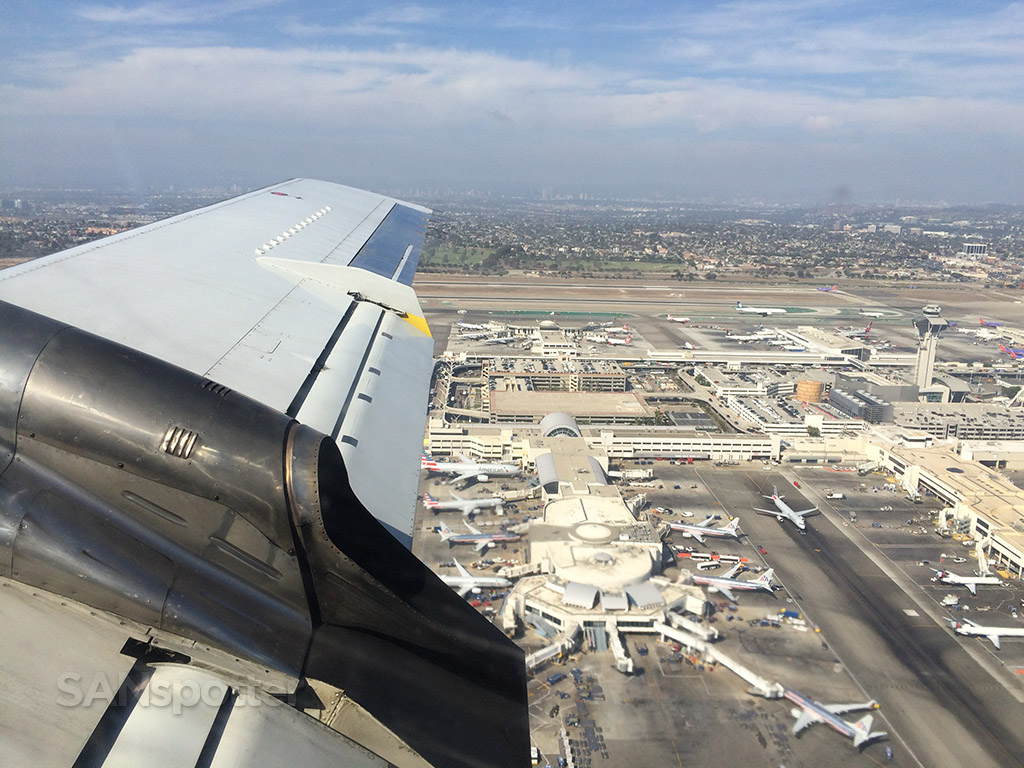 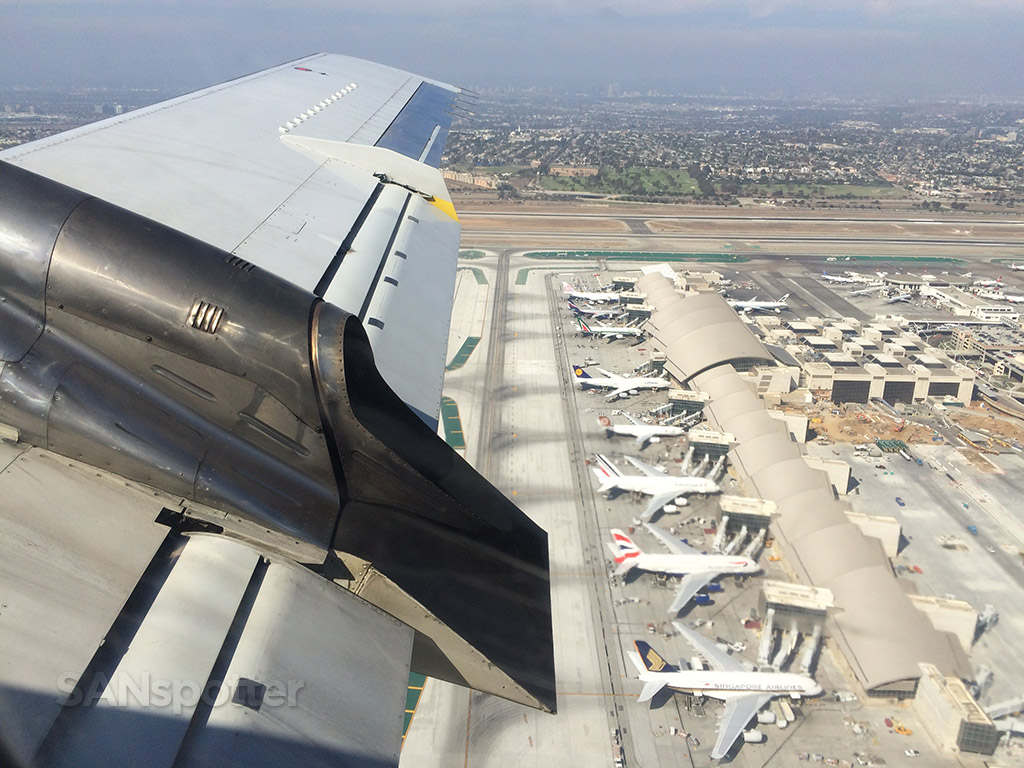 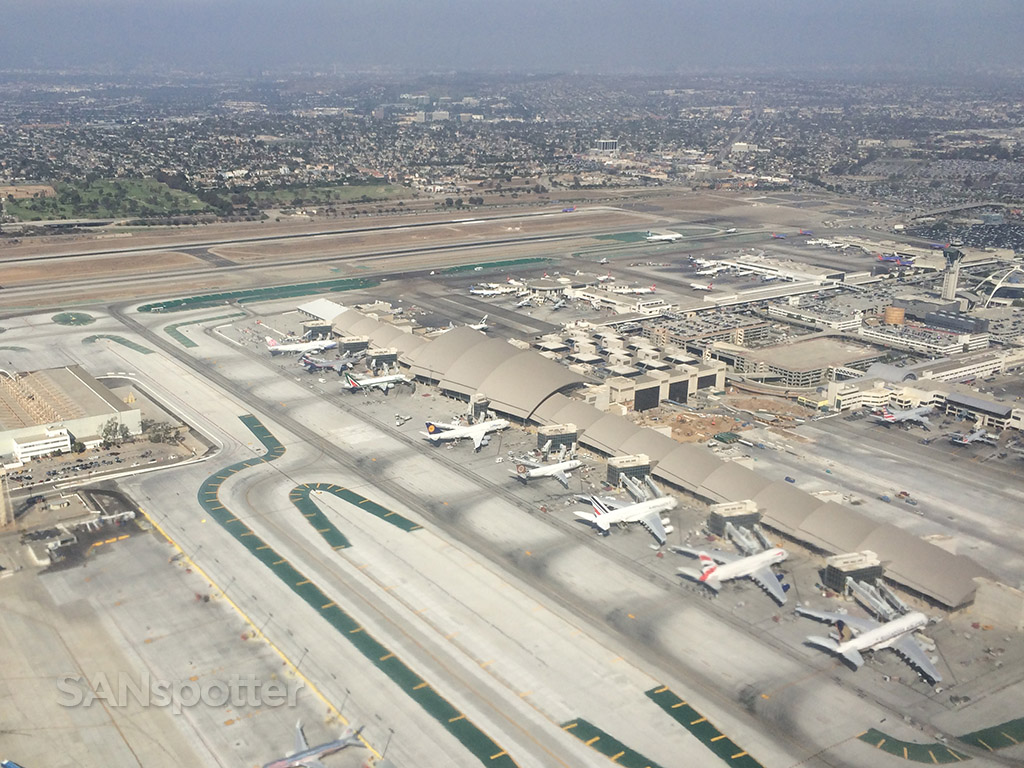 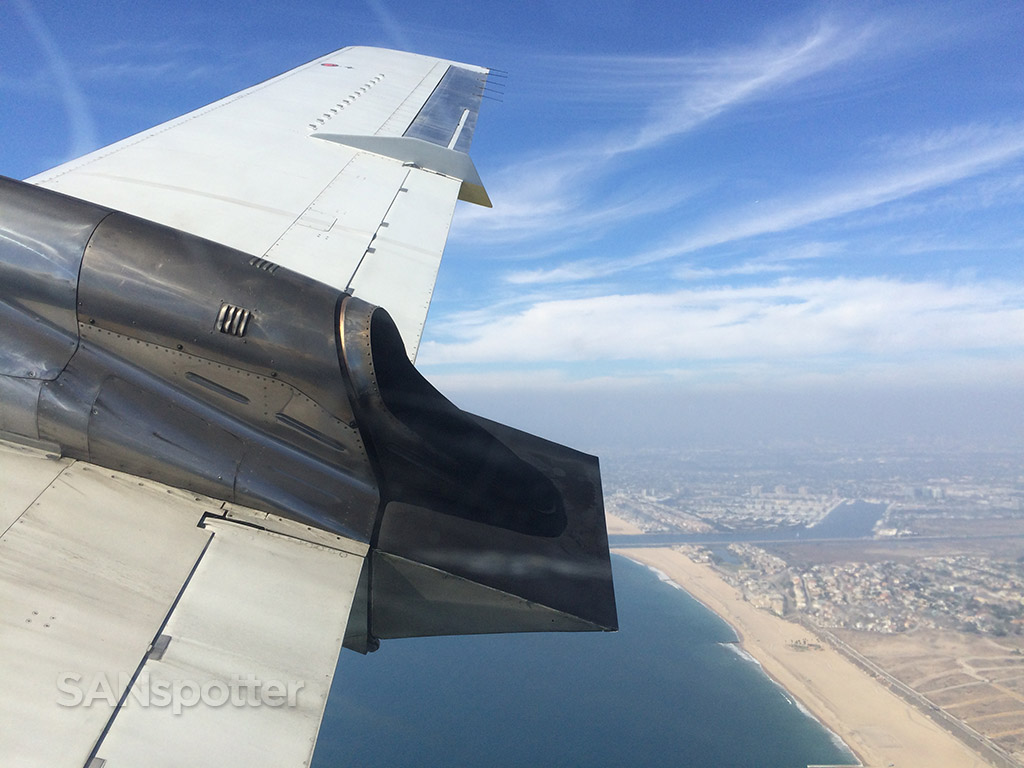 Flight time down to San Diego was a short 26 minutes, and both my wife and I spent nearly all of that sleeping. I eventually woke up as we were descending into SAN, but my wife managed to sleep through all the way until the end – even through the rough landing on runway 27. Upon waking her up during taxiing to the commuter terminal, she was completely shocked that we were already in San Diego. She thought we were still up at LAX! I wish I could sleep that well on planes. 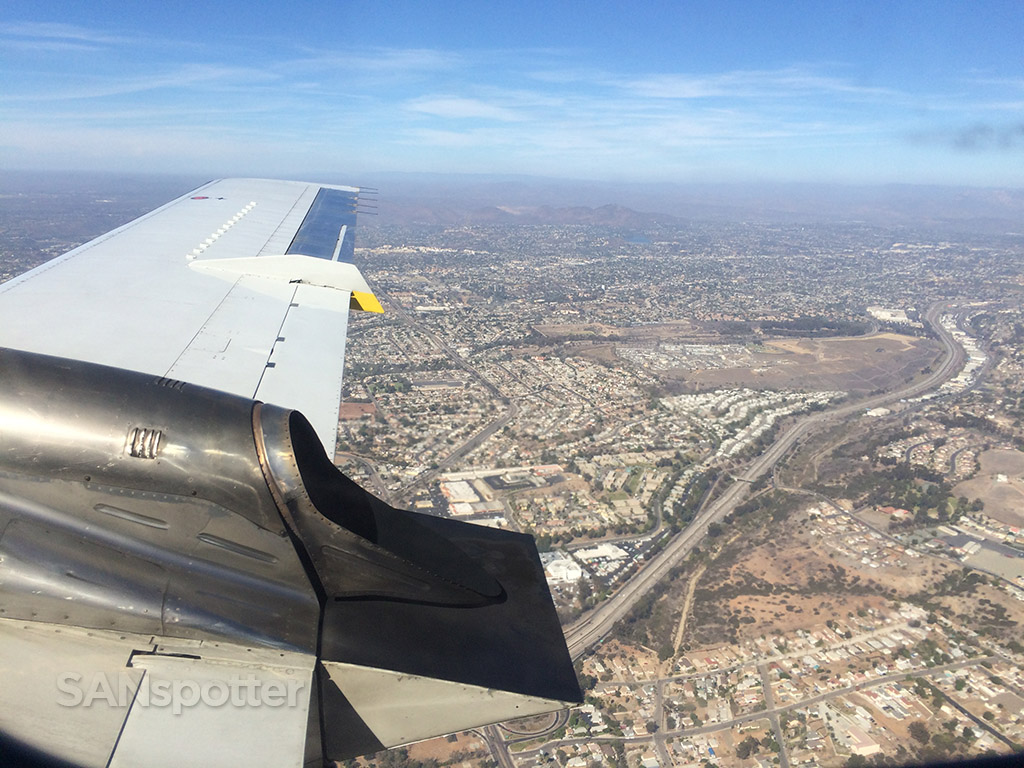 Approaching SAN over the east county 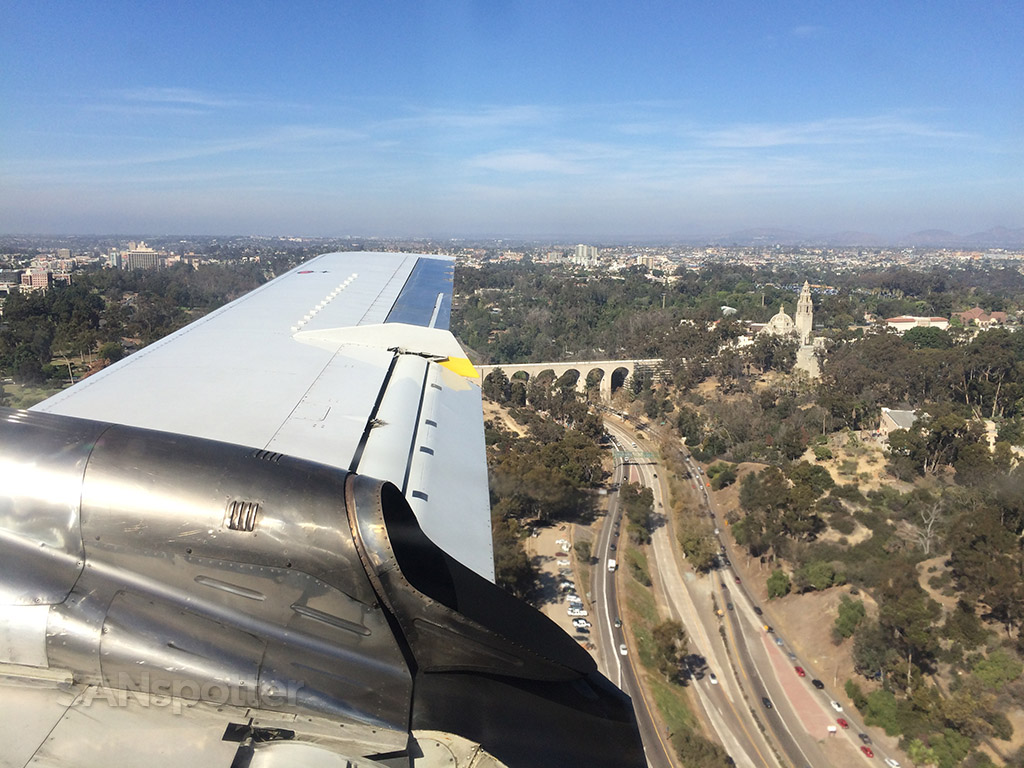 Overflying Balboa Park and the 163 freeway 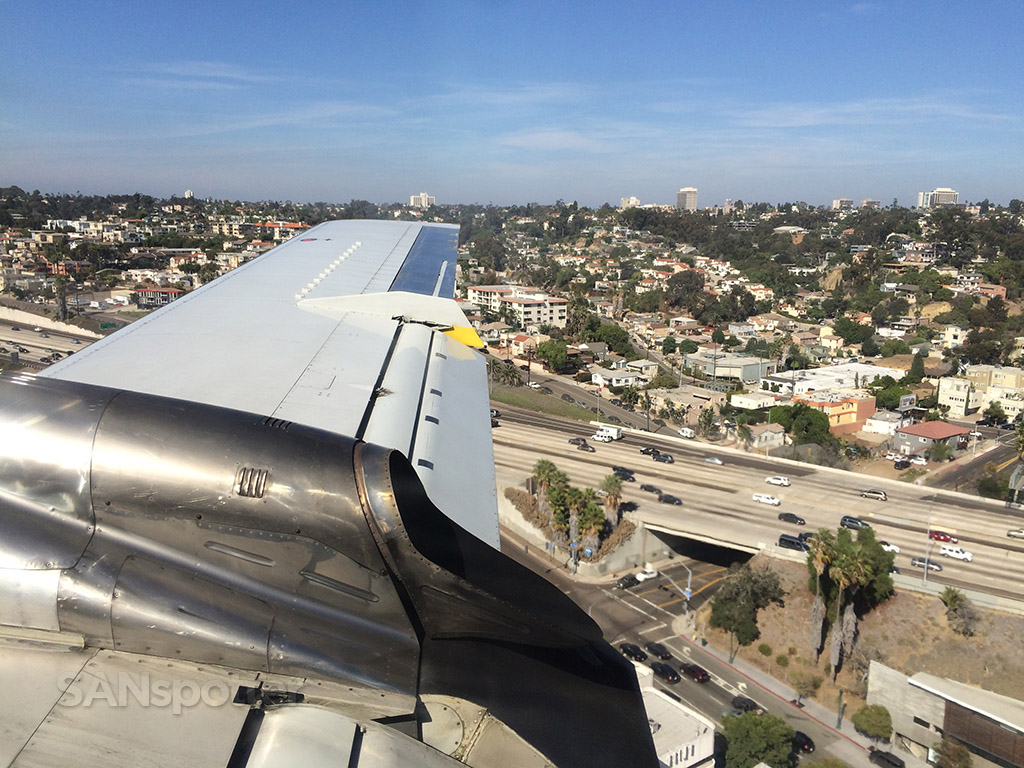 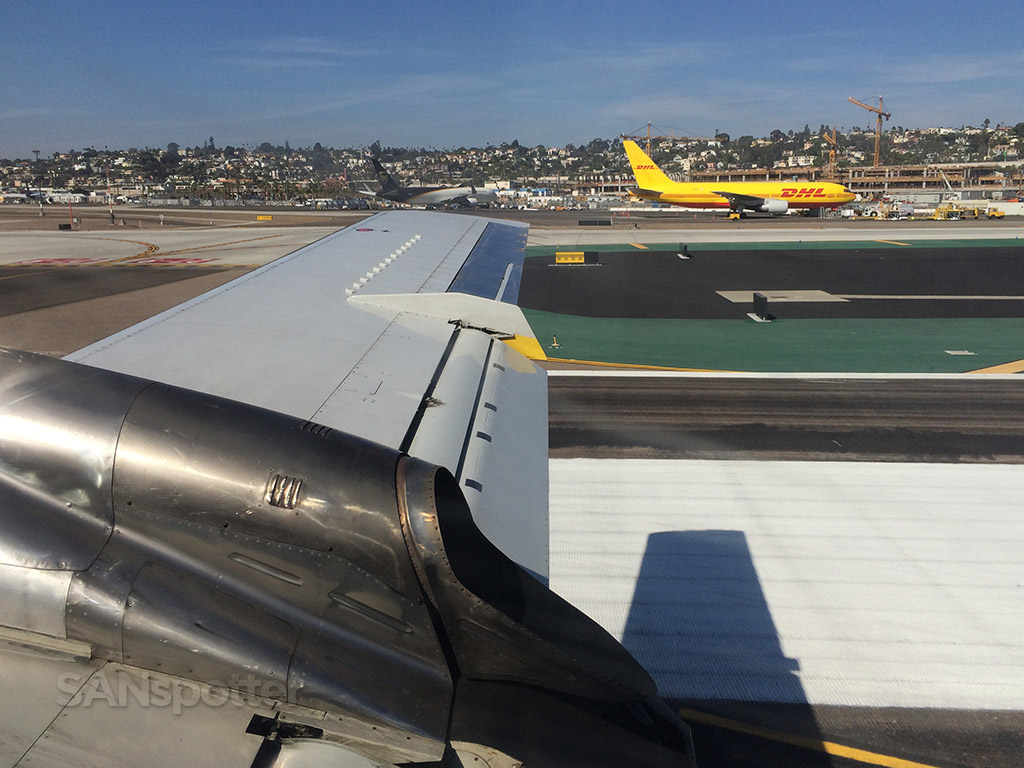 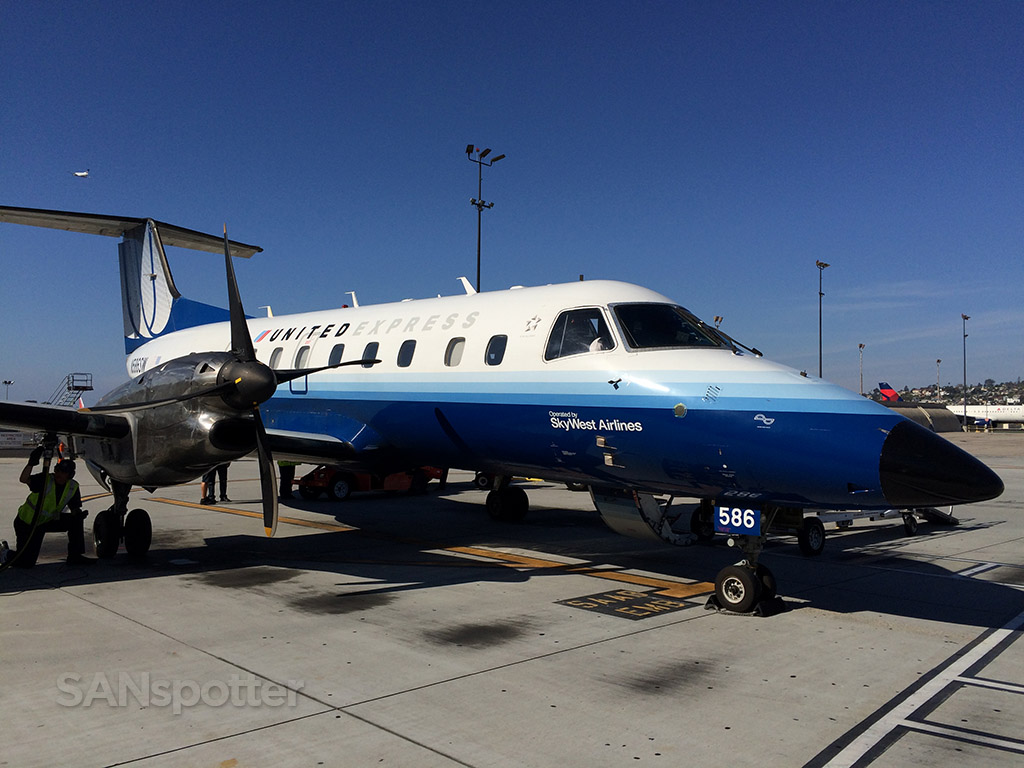 One last look at what might be my last ever EMB-120 ride: United Express (Skywest) N586SW.

And that concludes our annual trip to Japan. Maybe next year I can figure out a way to utilize JAL’s 787 service through NRT, but that’s going to take some planning. It sure beats taking these little prop planes though, so it would be worth the effort to avoid that if at all possible.

Thanks for coming along!