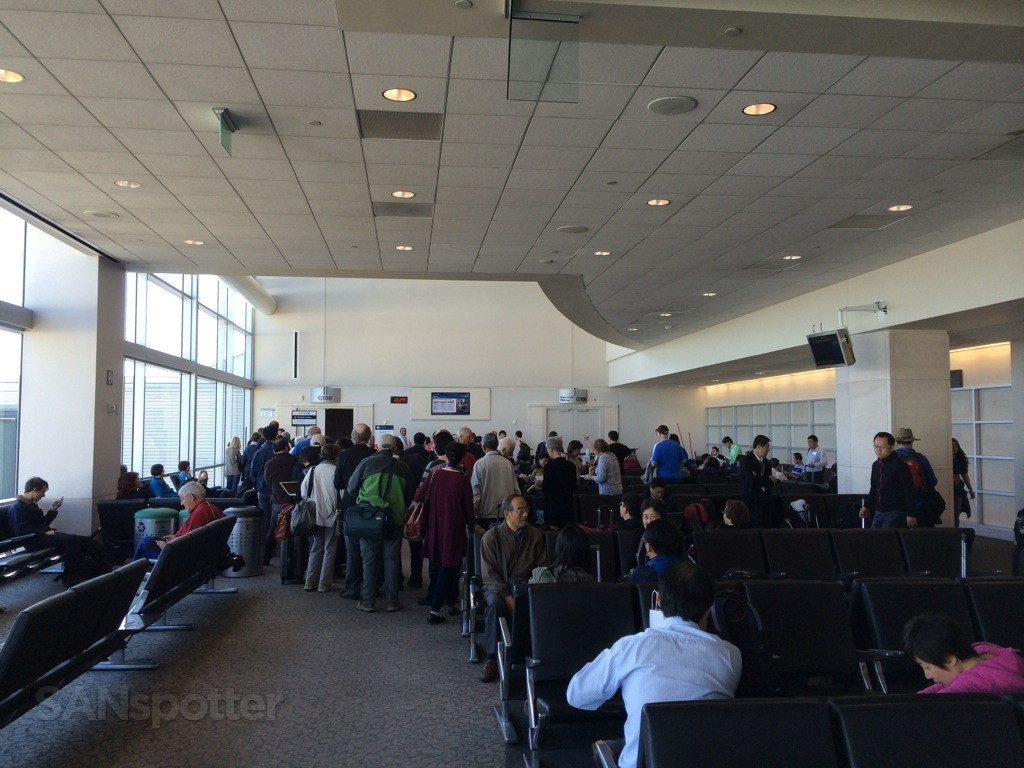 Boarding at gate G100 in SFO 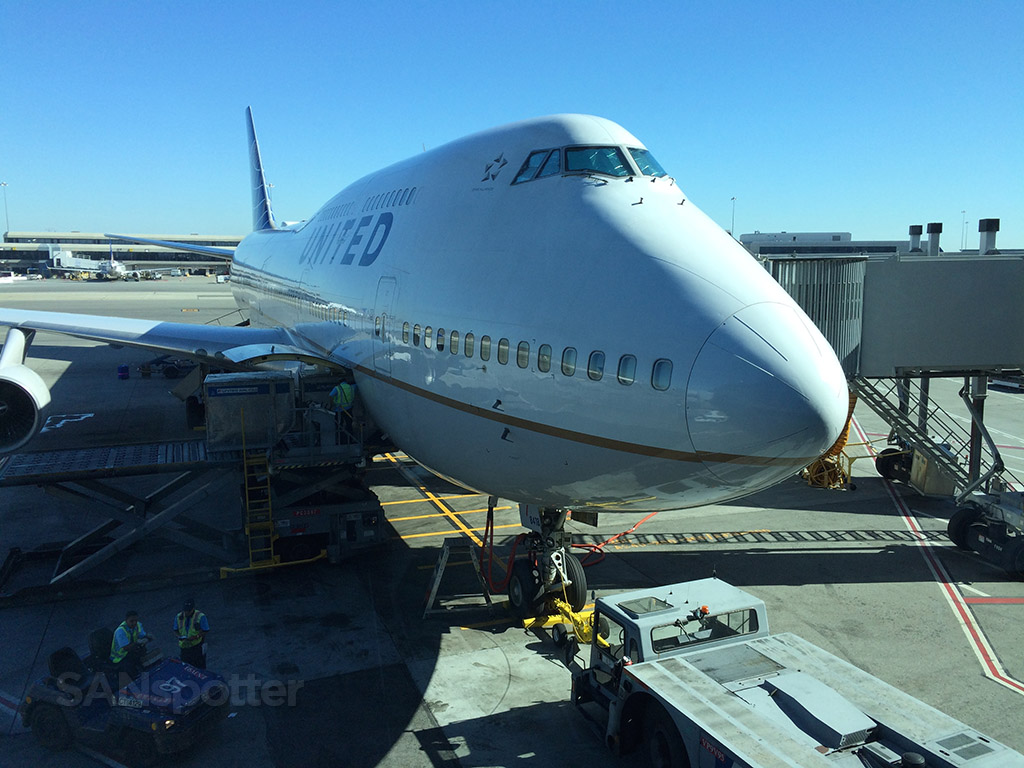 The nose of our aircraft, which interestingly enough, was exactly the same one (N118UA) I flew from SFO to PEK last April. 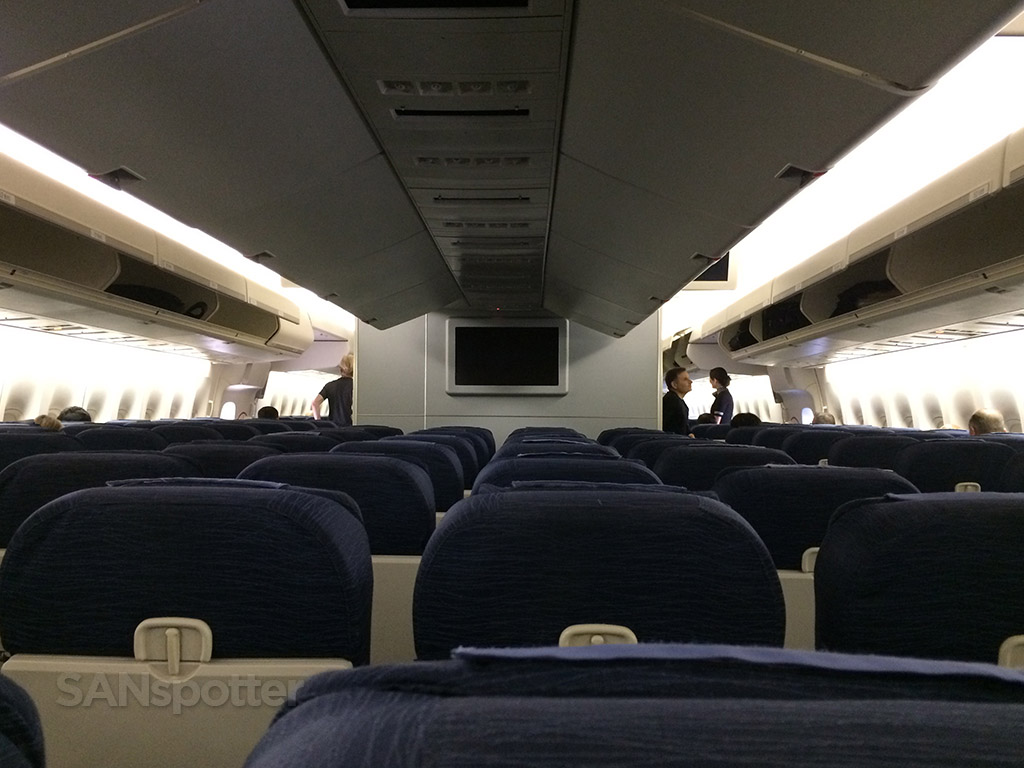 The nearly empty economy class cabin of the 747-400 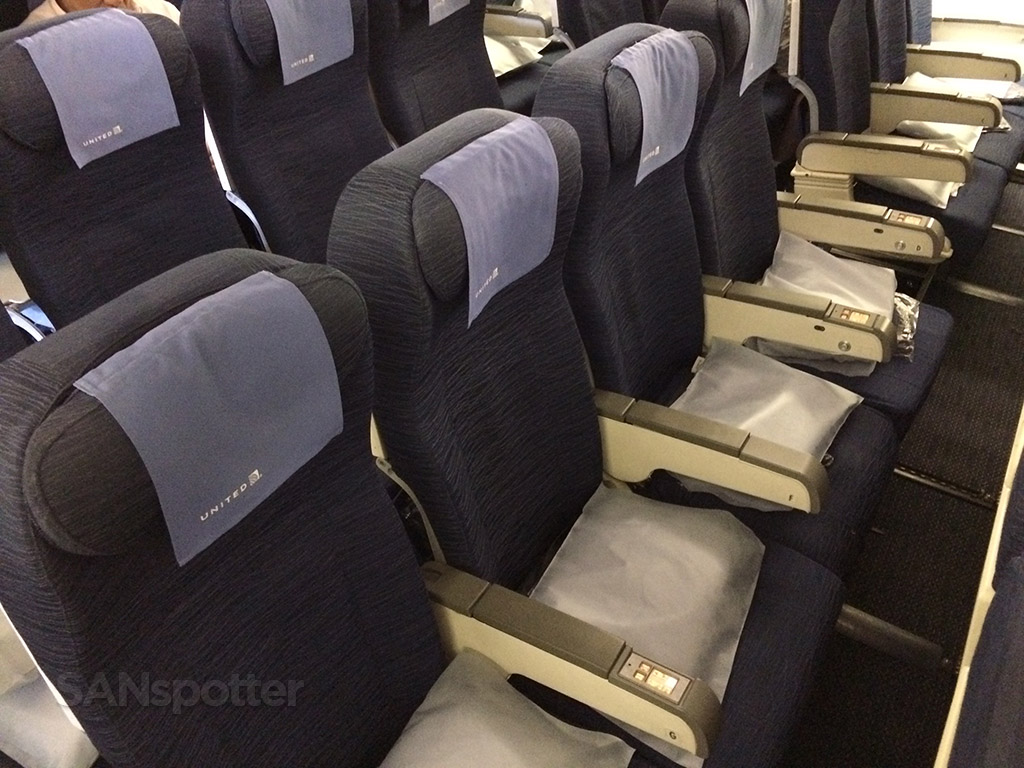 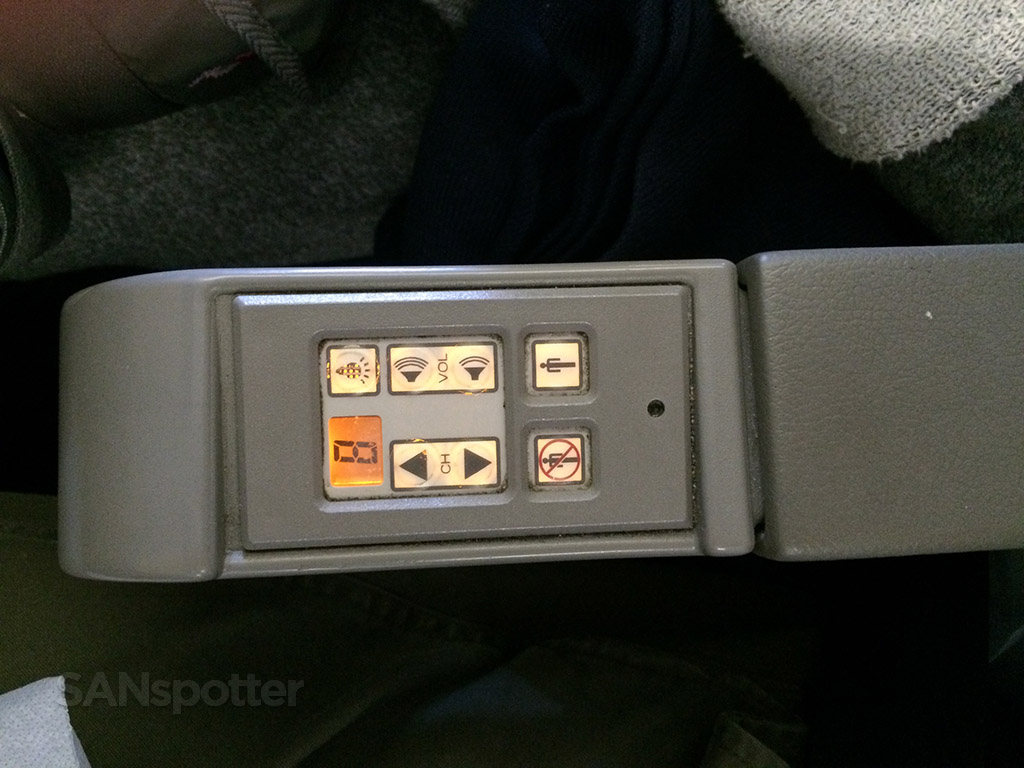 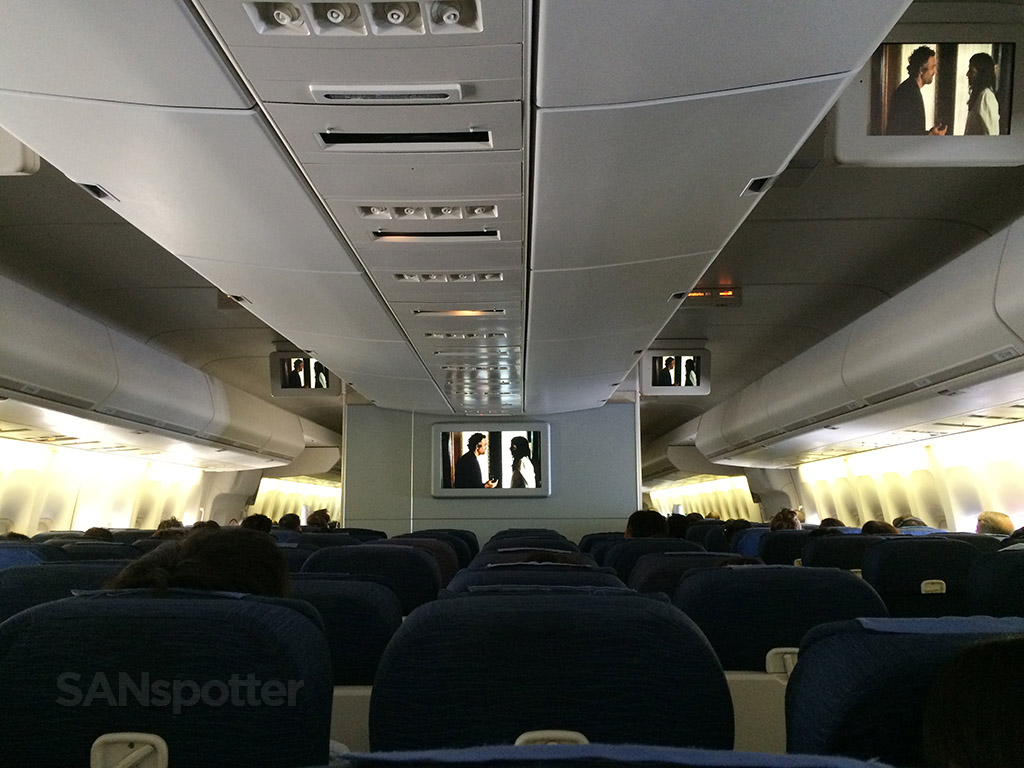 This is what a 747 cabin full of school kids looks like. Deceptively empty! 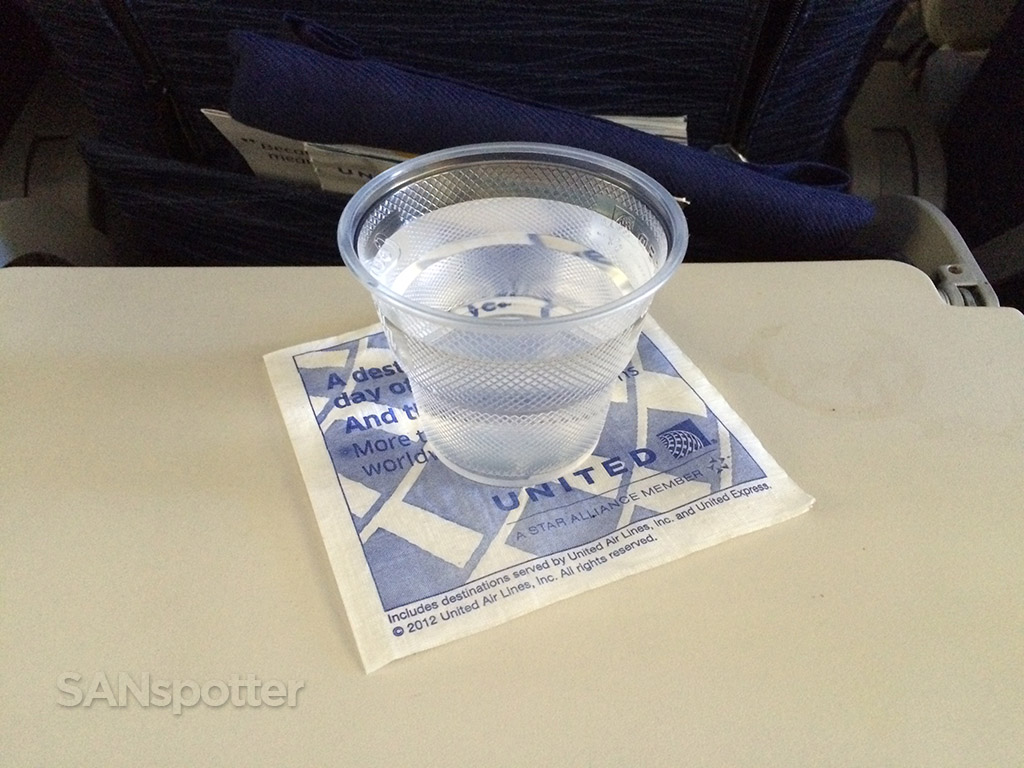 No snacks served with the beverages 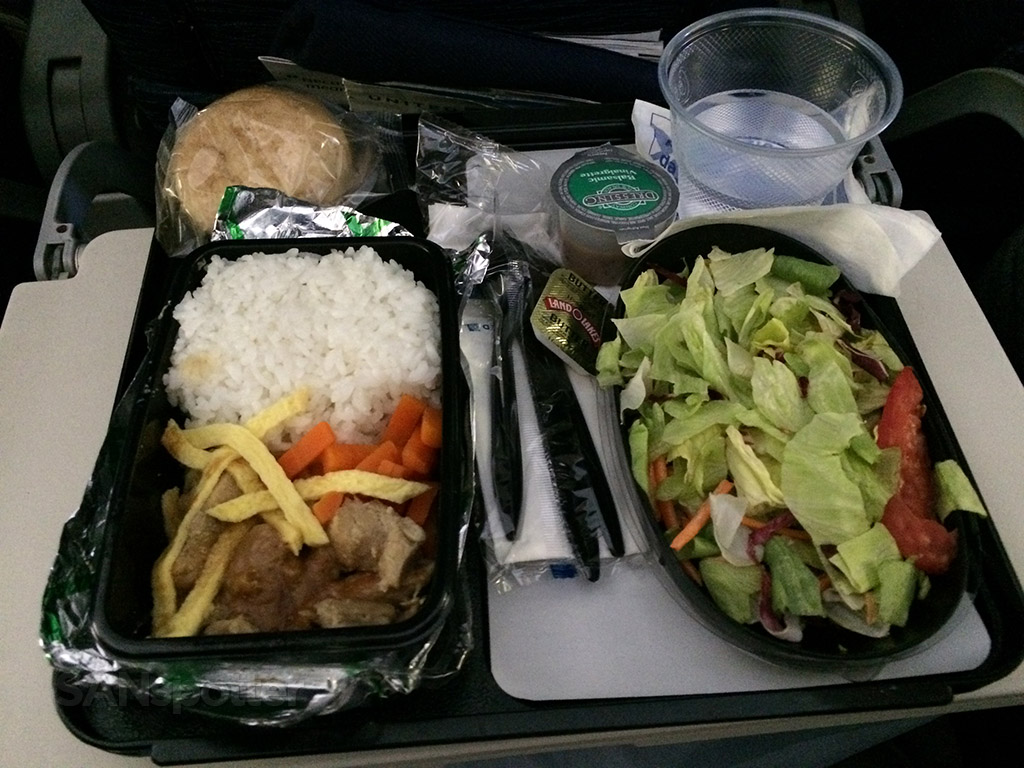 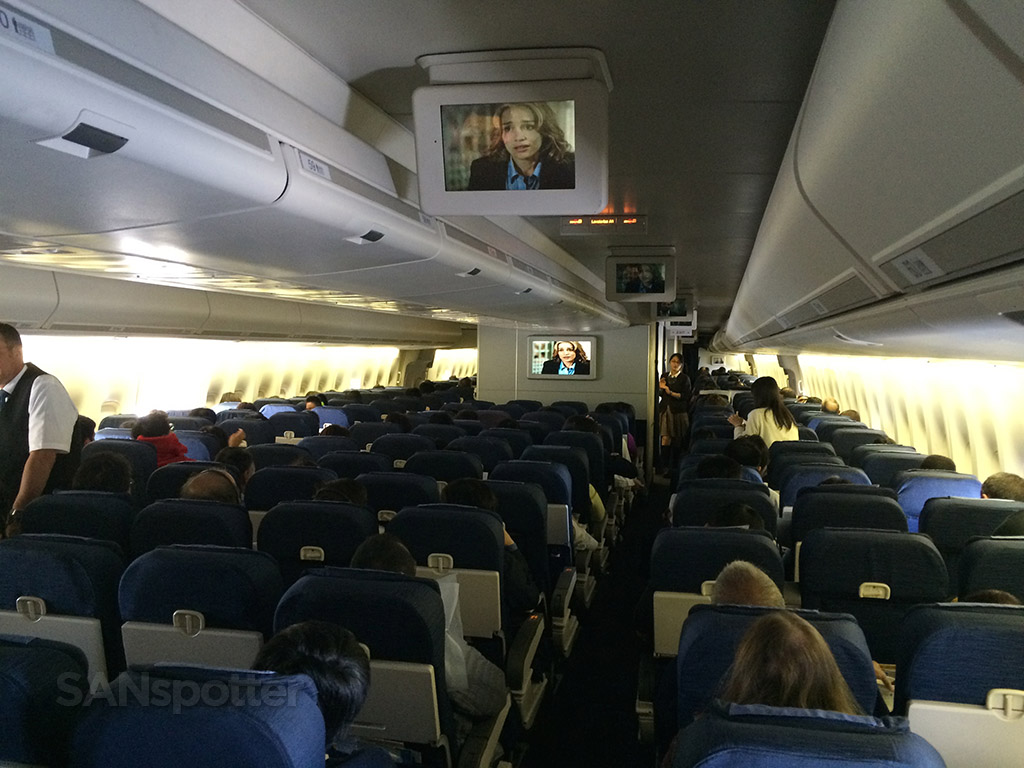 The entire economy class cabin shortly after the meal service 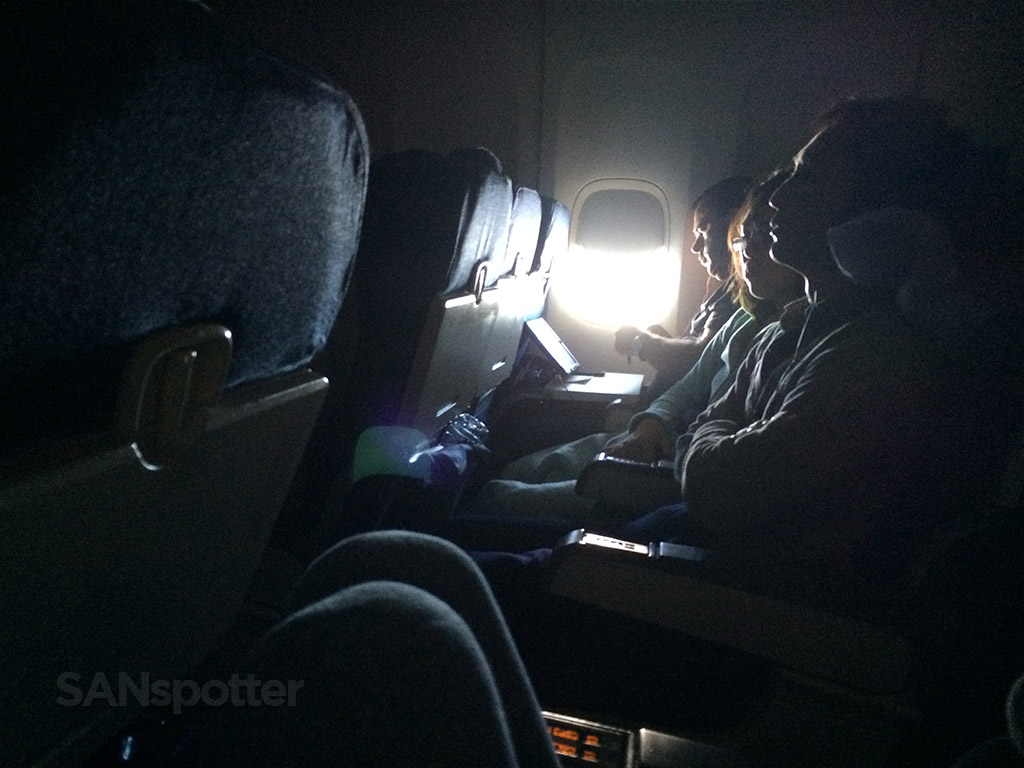 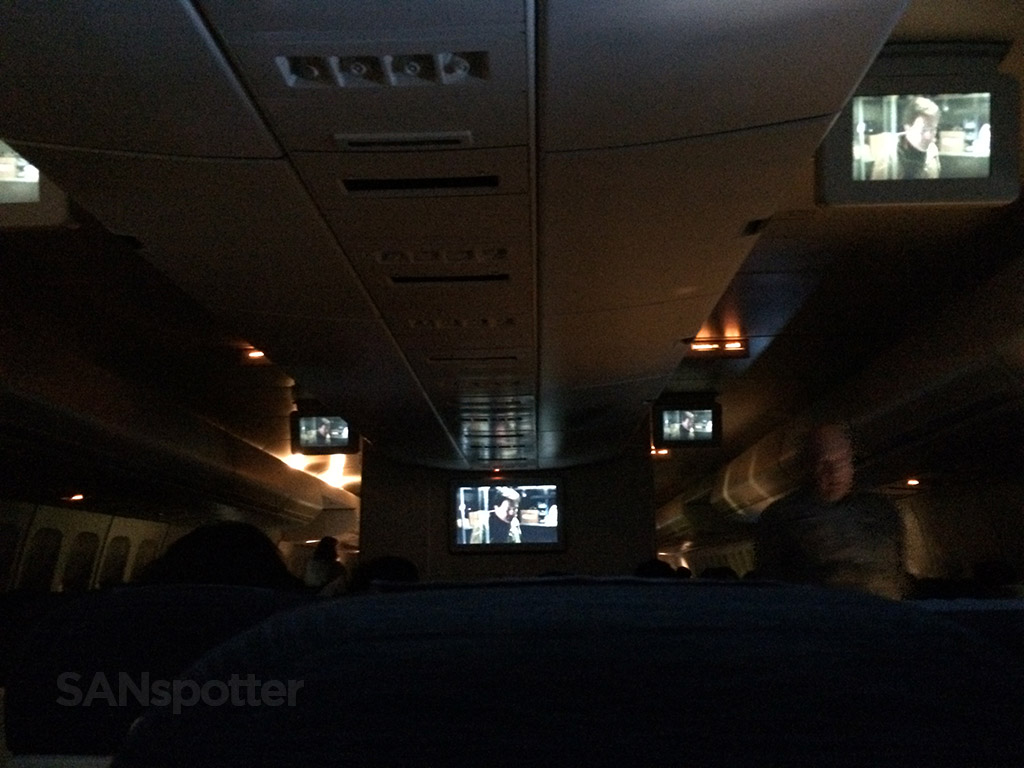 Much better, now that the window shade had been closed! 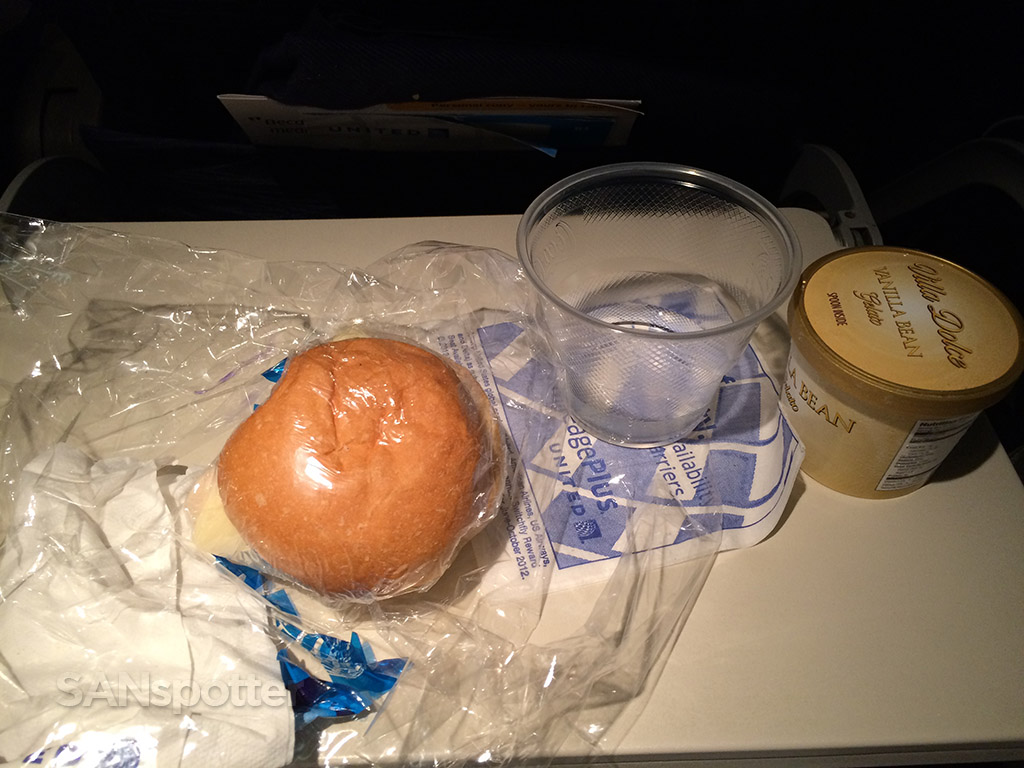 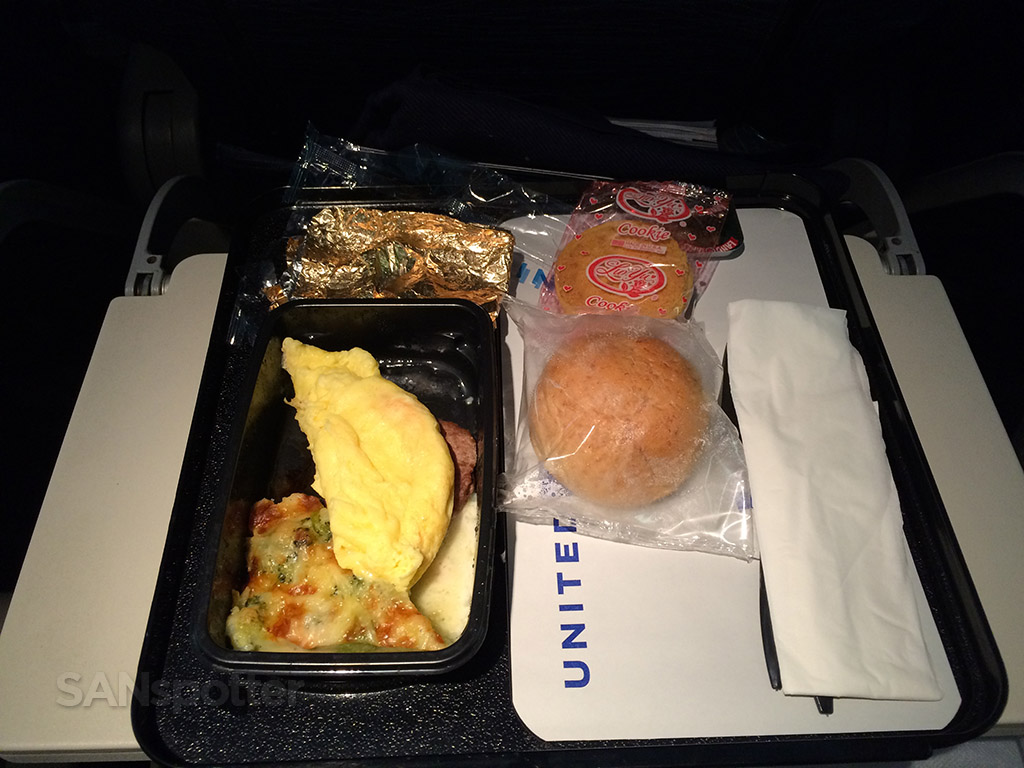 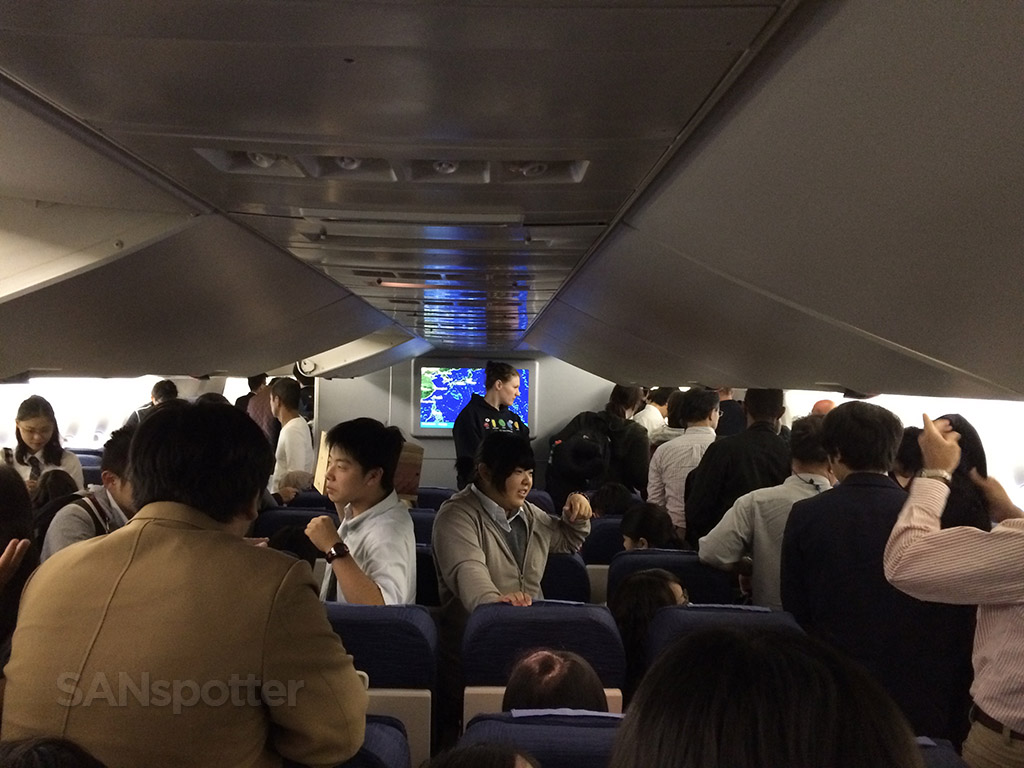 Finally on the ground at NRT, and feeling really glad to stand up and stretch.