Located right at the apex of terminal 2 west and east, I’ve probably walked past the entrance to the Airspace lounge at SAN a million times (without going in) as I’ve wandered through the airport over the years. As a matter of fact, I had never set foot into ANY airline lounge club until the middle of last year, as I’ve always preferred to wander the airport taking pictures as opposed to sitting quietly in a large chair sipping on free beverages. But now that I’m getting older and less interested in trolling the airport taking pics, I can really appreciate the serenity that a nice lounge can offer.

I’ve got the Platinum American Airlines AAdvantage MasterCard which gives me unlimited access to Admirals Clubs throughout the system, so I’m having fun checking out all those AA lounges that I’ve skipped by and never seen – including the one in terminal 2 east at SAN. Well, technically it’s an Airspace lounge, but all American Airlines first and business class passengers have full access to it.

Since we still had over an hour before our UA flight up to SFO started boarding this morning, we strolled over to the Airspace lounge / Admirals Club in hopes of finding a comfortable place to sit and relax for a while. To be honest, it wasn’t a dire need or anything – the airport was actually quite mellow at the moment with the 6:30am bank of flights already gone for the day, but I was still quite anxious to check it out. I had absolutely no idea what to expect going in – as a matter of fact, I’ve never even seen pictures of what was inside.

First impressions of the Airspace lounge / Admirals Club at SAN

We were greeted cheerfully at the counter by a woman who said very little. “Good morning” were the only words she spoke upon our arrival, and “welcome” was the single word given to us as she handed back my card. Still, she had a smile on her face and seemed cheerful so I’m not complaining.

Once past the desk, I was surprised to find a zig-zag maze of temporary walls with sections cut out to allow access to smaller private rooms. I was a bit confused at first, thinking that those little rooms was the extent of the lounge.Through the maze we went, following to wherever it lead…

Where it did end up leading us was to a large and bright open room with large floor to ceiling windows, which altogether, looked really impressive. It was at that moment that I realized that this lounge had recently been completely renovated – and we were standing smack dab in the middle of one of the nicest domestic US lounges I’ve ever been in. SAN sure does have some nice airline lounges now. The United Club and Delta SkyClub over in terminal 2 west are impressive as well (though quite small). 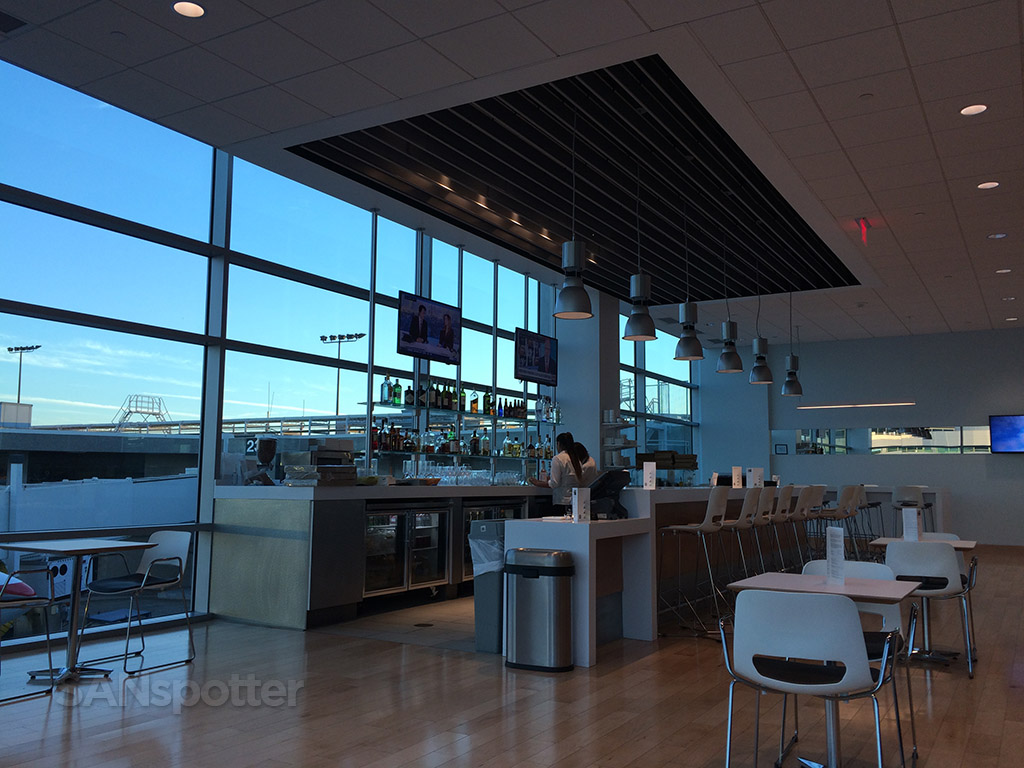 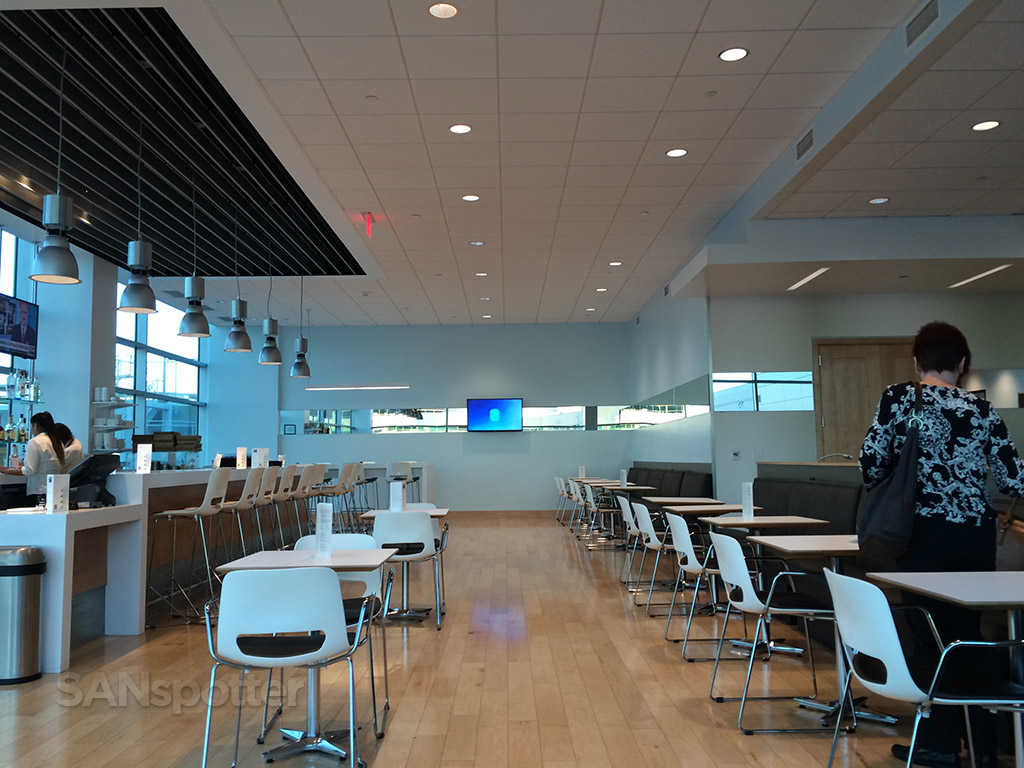 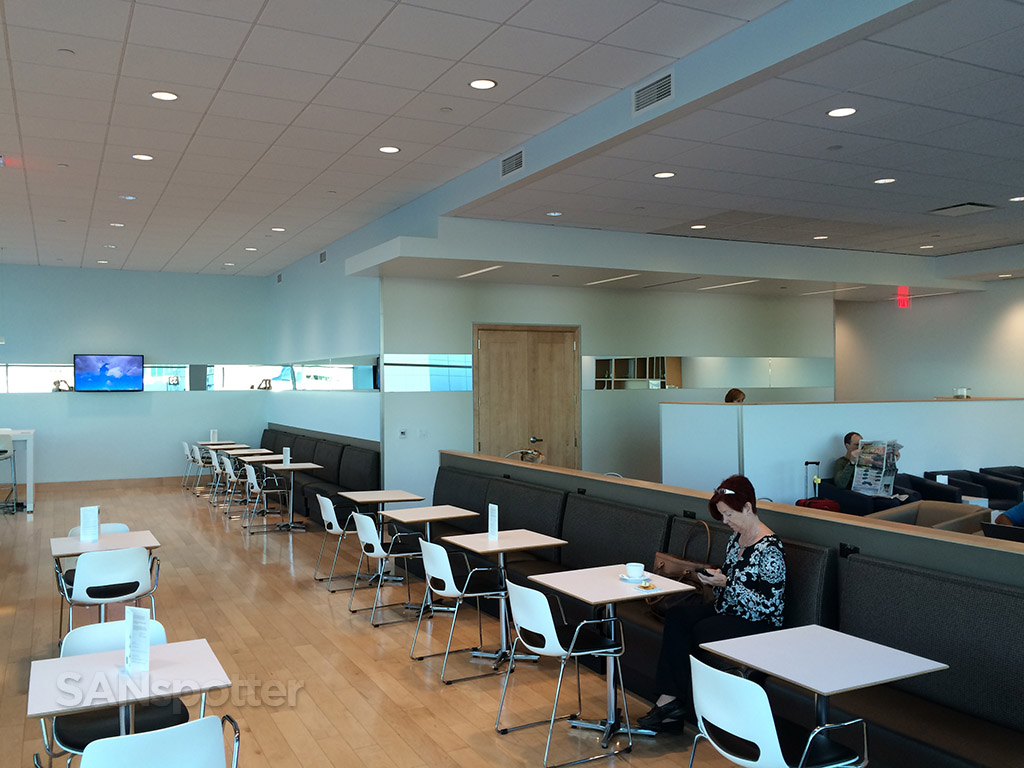 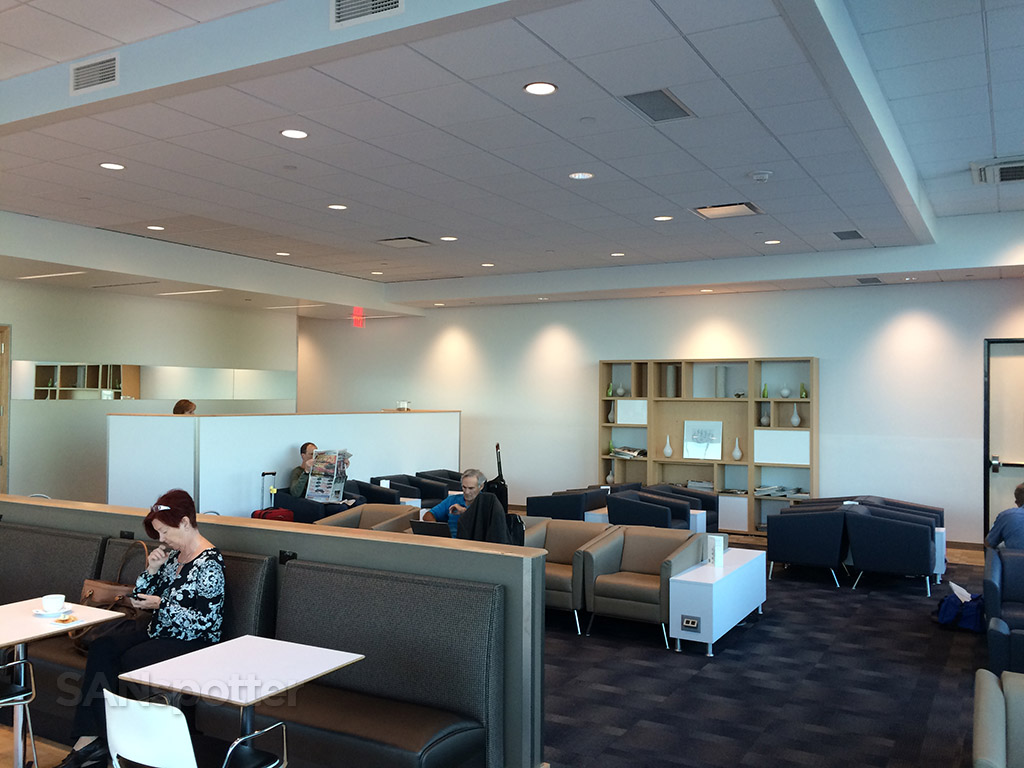 There is plenty of room to relax in this lounge, with lots of open seating around the perimeter 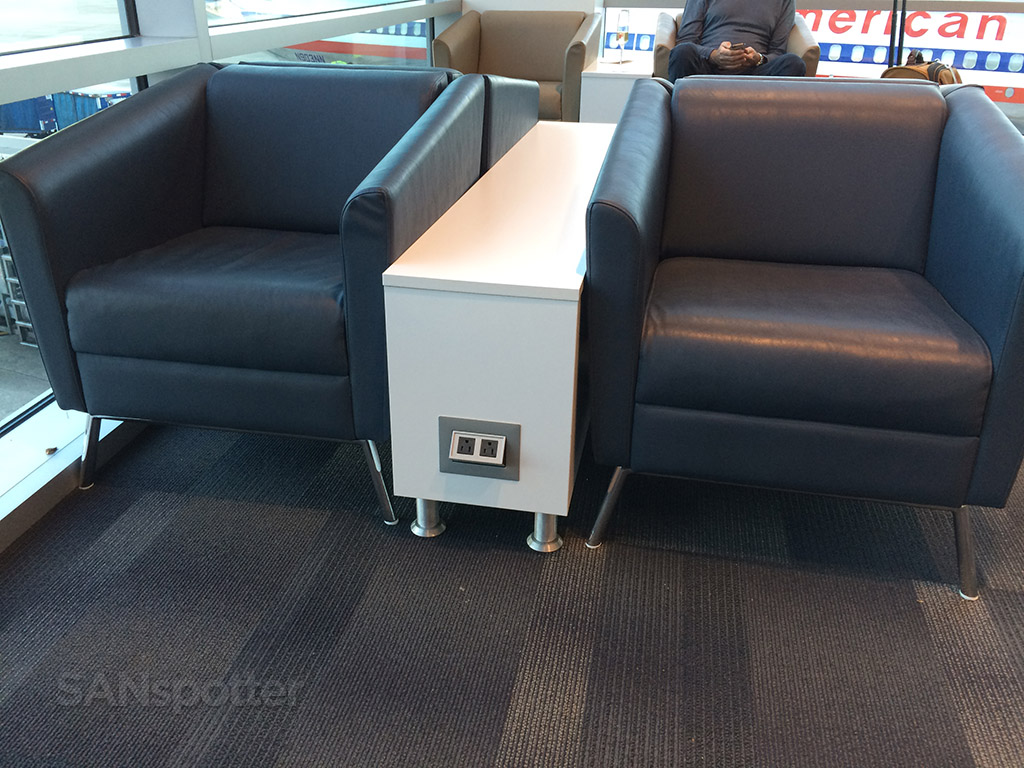 The seats themselves are fairly comfortable, with power outlets everywhere 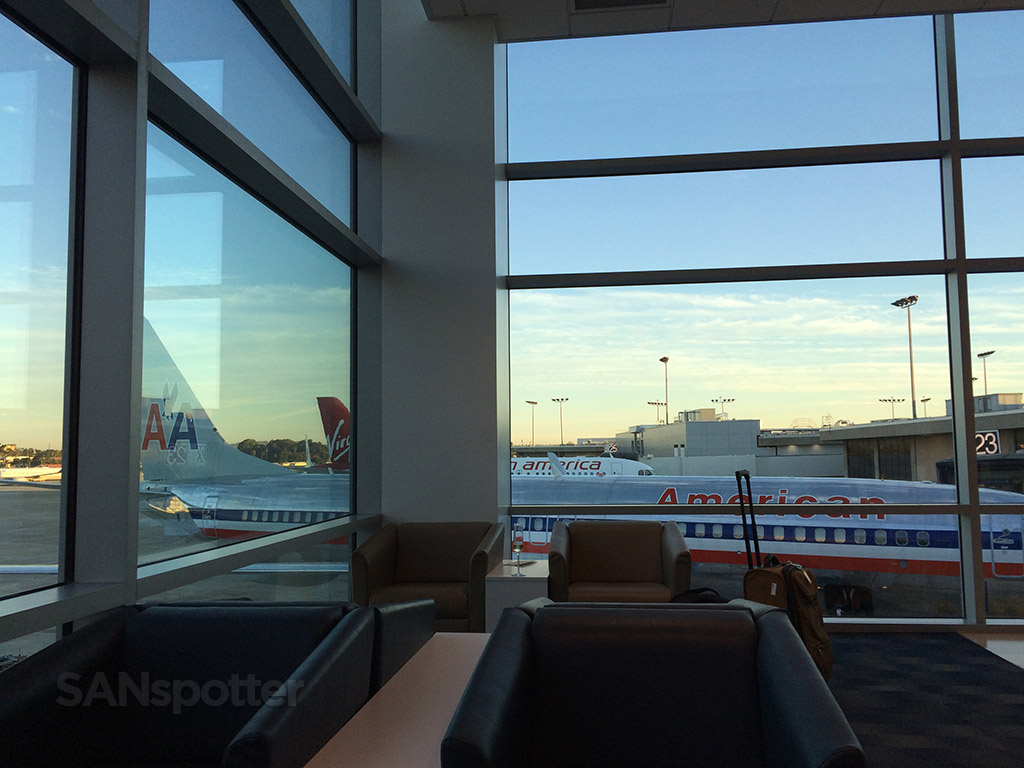 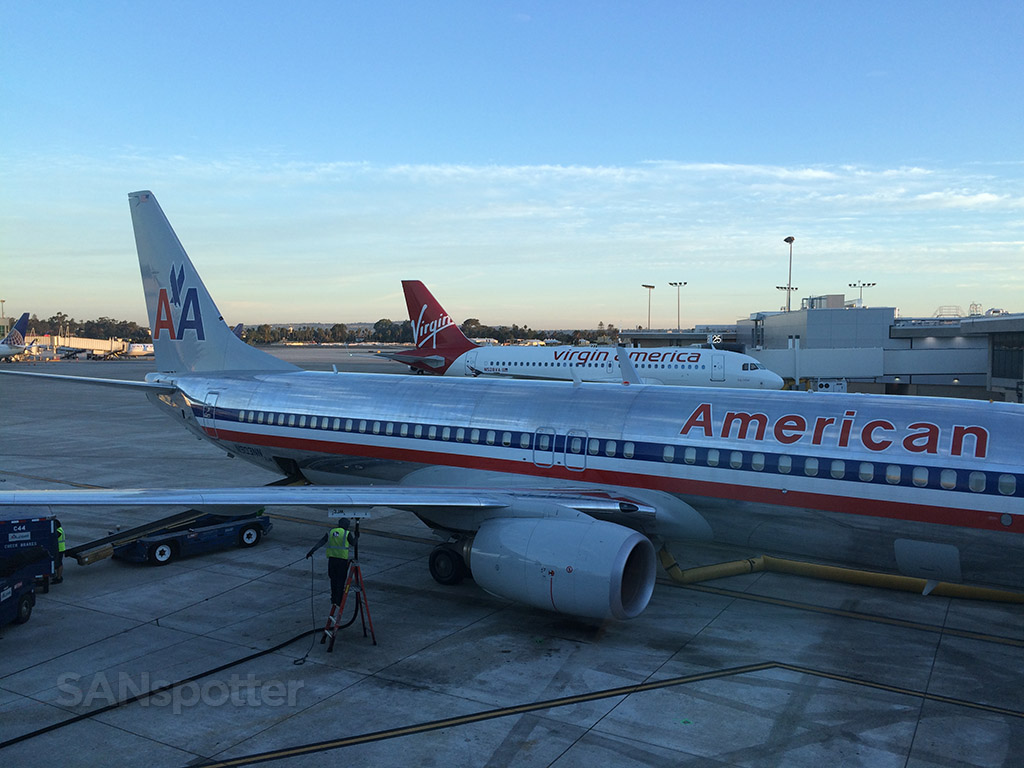 Up close and personal with an American Airlines 737-800 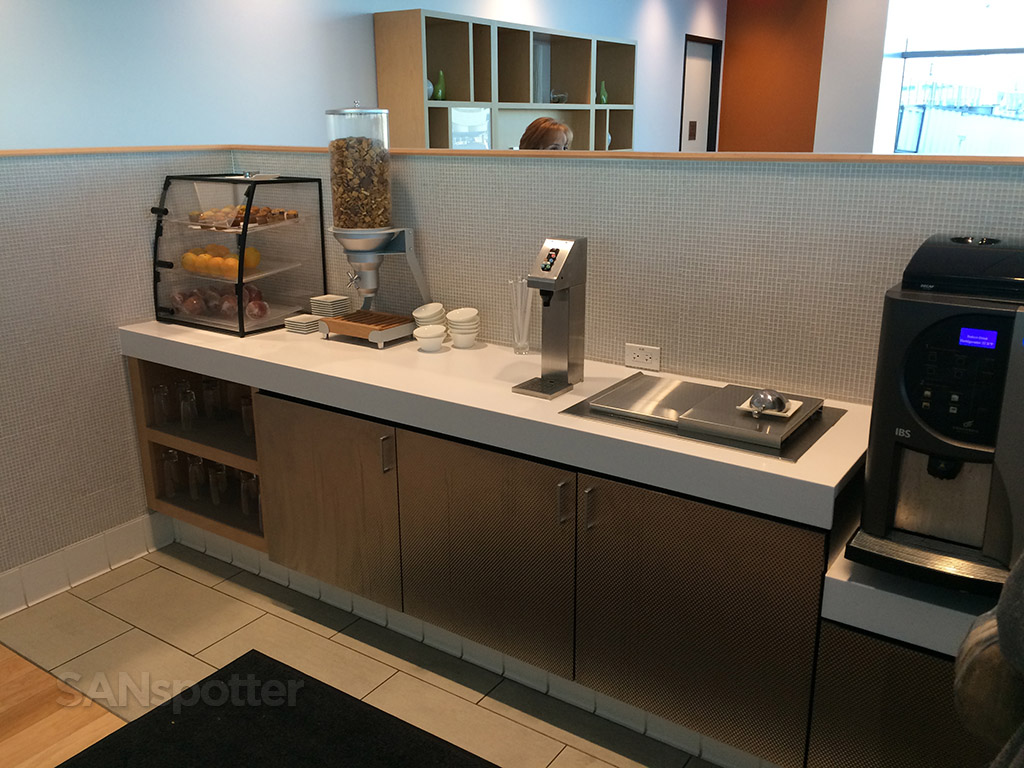 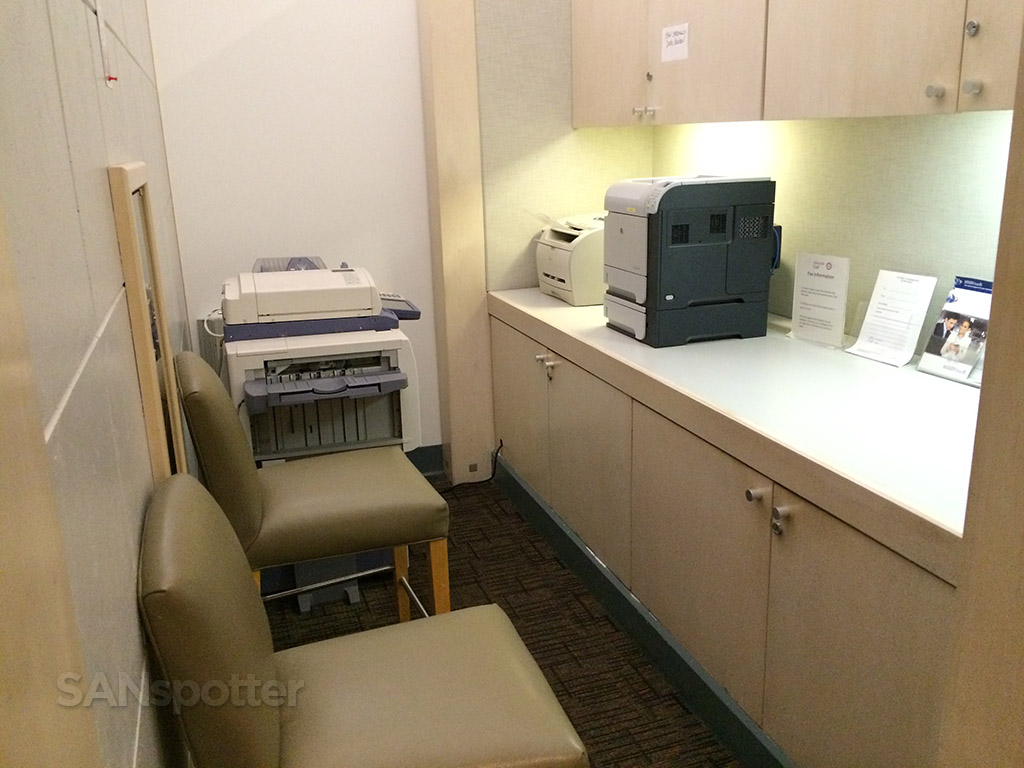 The business center was a bit on the small side – but there was a lot of construction still going on so I believe this may be a temporary setup. 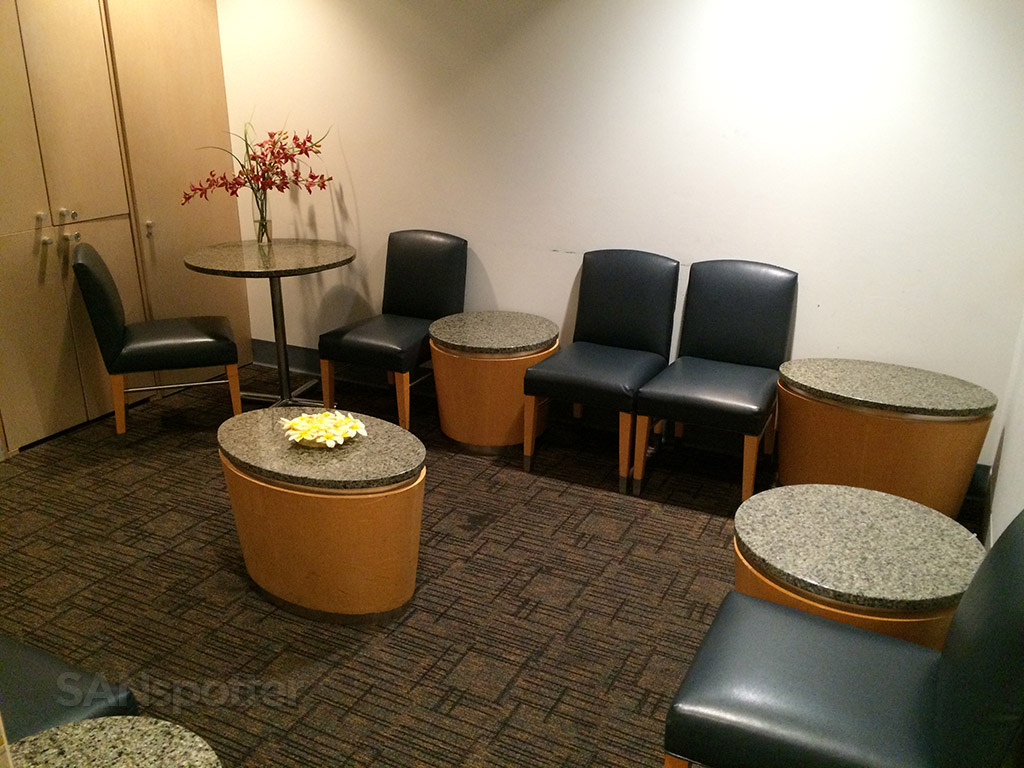 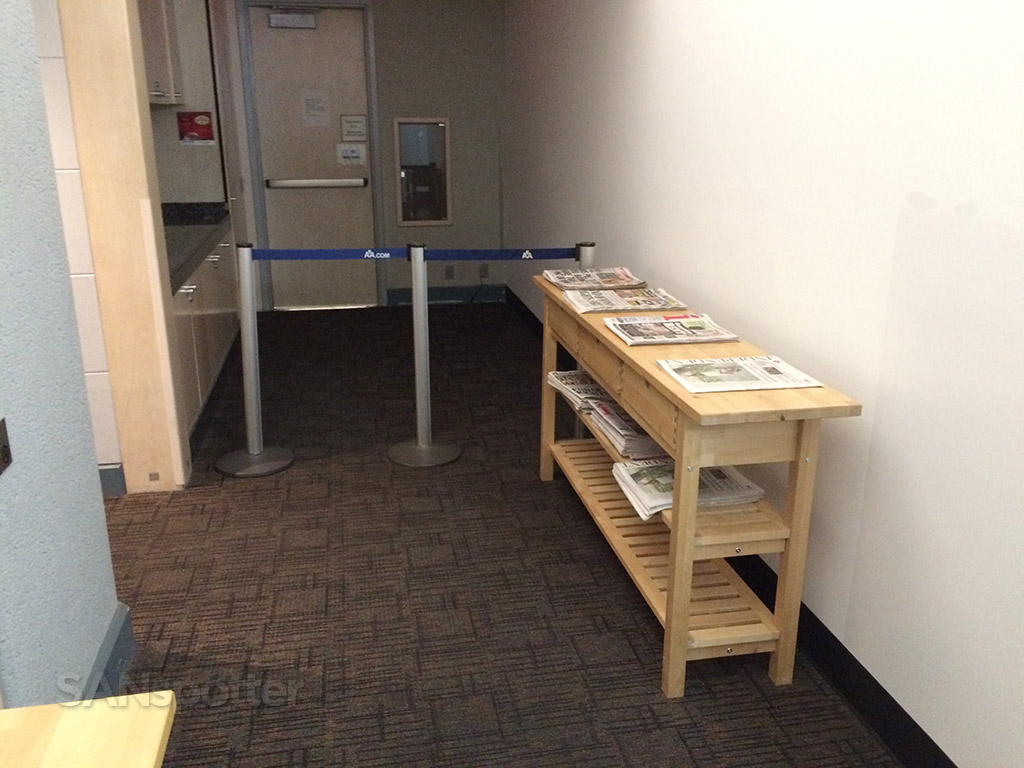 The hallway that led into/out of the lounge featured temporary magazine and newspaper racks. Again, I think this is just temporary until the rest of the space is built out. 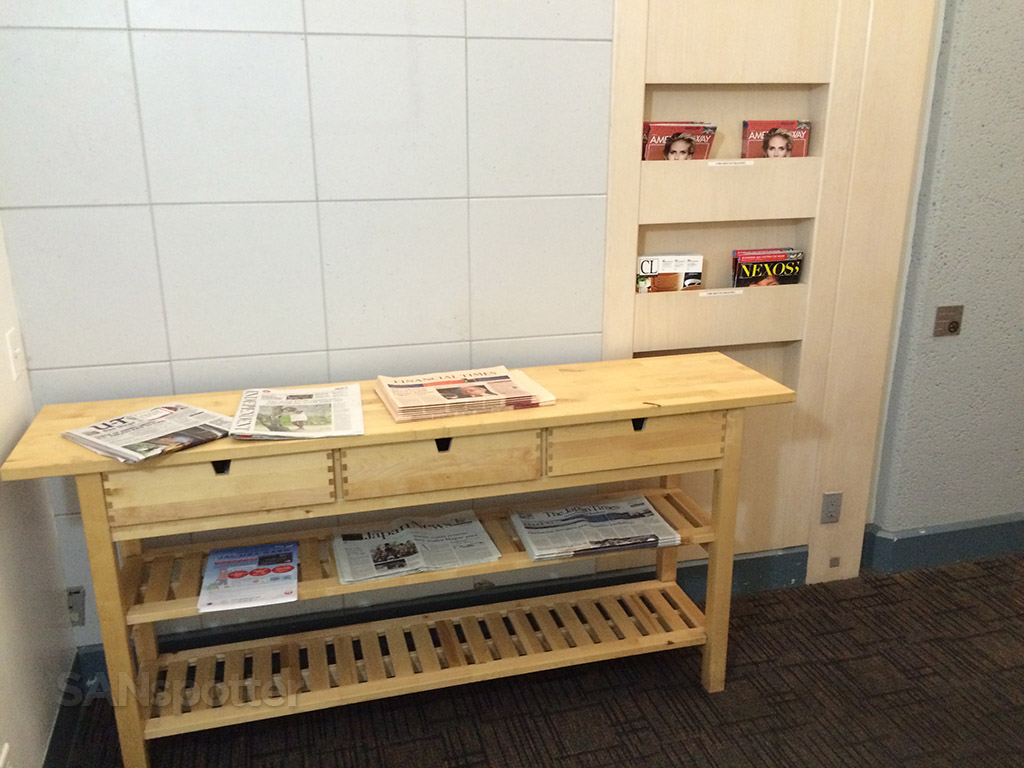 Now that I have access to Admirals Clubs system-wide, I imagine that I’ll be spending a lot of time in here whenever I don’t feel like wandering around the airport. I’m also anxious to return so I can see how they finish up some the parts that are still blocked off and under construction. I’m guessing those areas will be meeting rooms and private spaces, but we’ll have to wait and see…