The massive crowds that we encountered upon entering the terminal at LAS had cleared out a bit by the time we were ready to board our connecting flight to SAN. It was still crazy busy at certain gates, but the good news was that it wasn’t difficult to find empty gate space for some relative peace and quiet while we waited for our flight.

Interestingly enough, our flight to SAN would be departing out of the same gate that we had just flew into from RNO (C14). Since this gate was one of the busy ones, we didn’t show up until a few minutes before they started boarding, opting instead for the peace and quiet of an unused gate on the other side of the terminal.

We had pretty decent boarding positions for this flight (A59 and A60) which left me feeling confident that I’d get a good window seat. Yes, we were the very last two to board in the first group, but there would still be two full groups behind us.

Once onboard, I immediately noticed that seat 1D was open, and I took it without hesitation. This was a pretty good seat overall, with lots of legroom because of the fact that it’s a bulkhead. The only downsides were that ALL carry-ons had to go in the overhead bins (which were pretty full by the time we boarded) and there were no tray tables. If you can live with those two restrictions, it’s one of the best seats on the airplane. 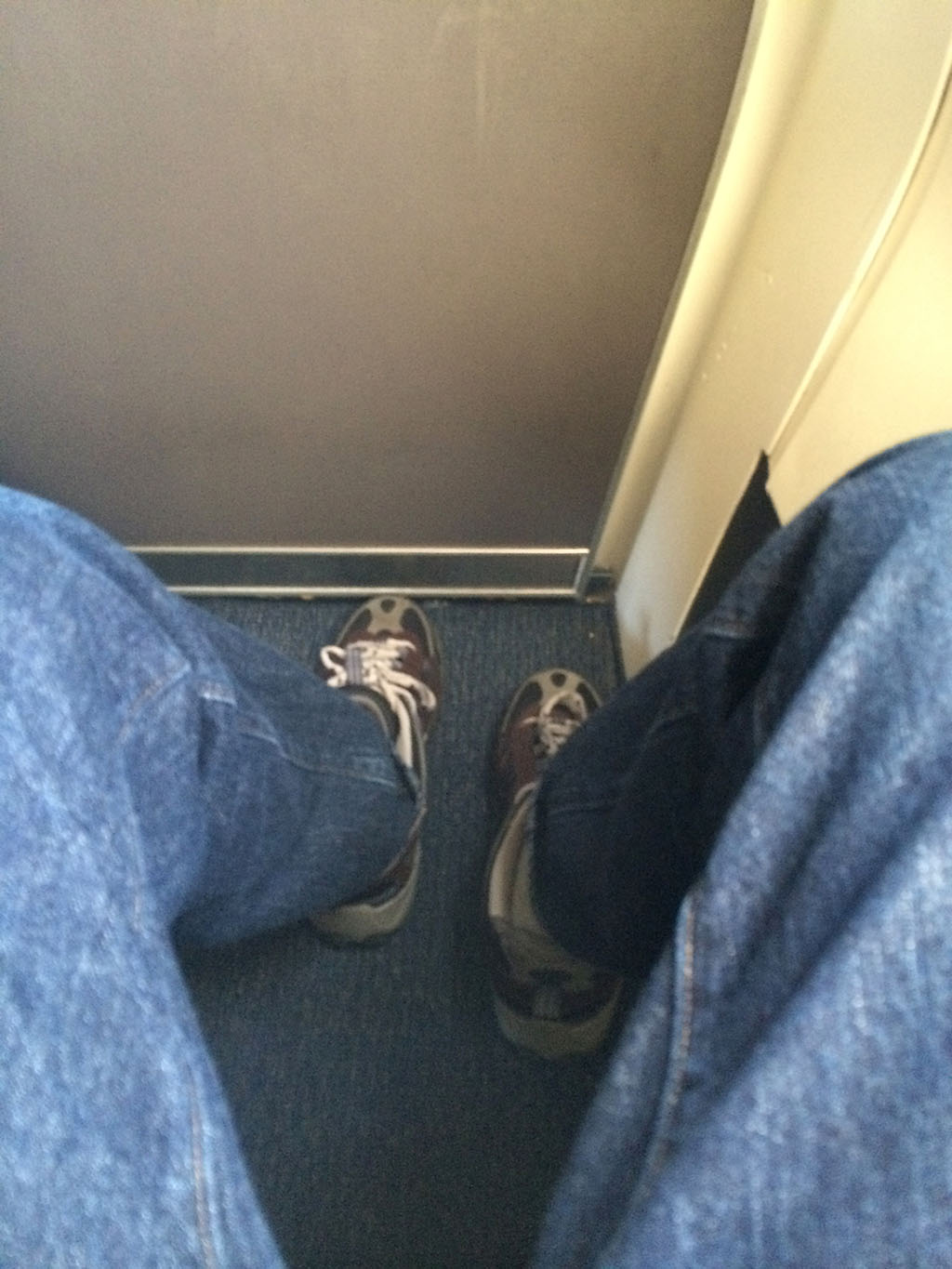 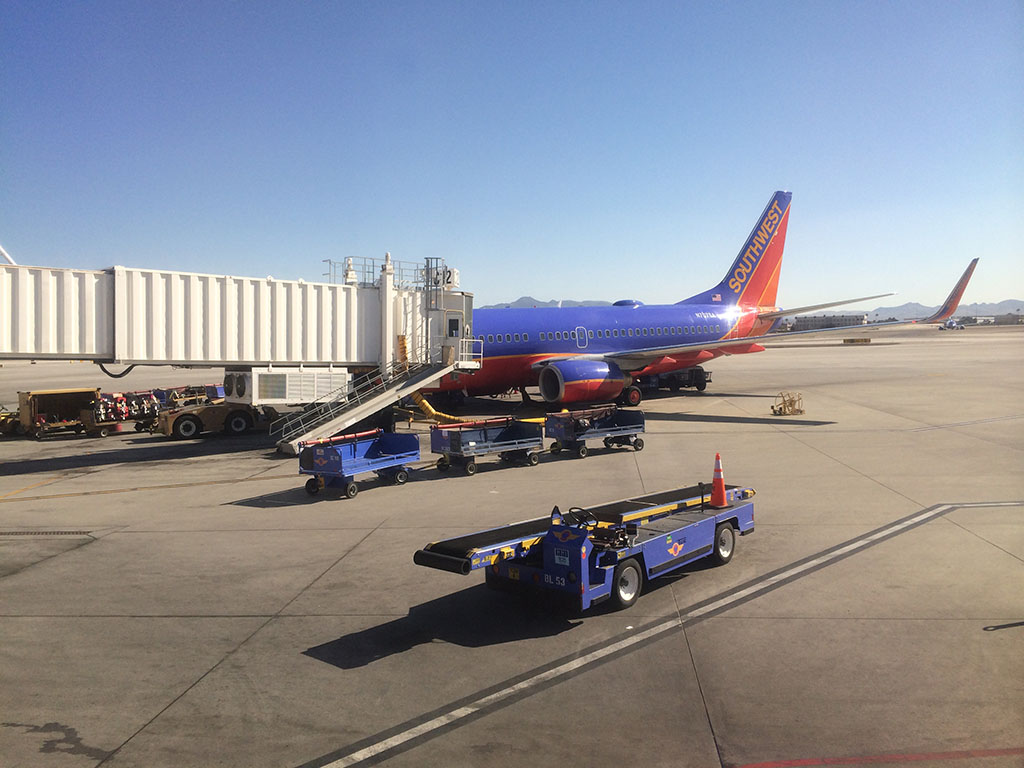 We had to wait quite a bit once we taxied out to 24R, as there were many departing flights ahead of us in the queue. Hey – this is Vegas after all, with the two busiest times of the week undoubtedly being Friday nights for arrivals and Sunday afternoons for departures. We spent about 15 minutes waiting our turn in line, but I’m assuming they padded that into the schedule because the pilot kept saying we’d arrive into SAN right on time. 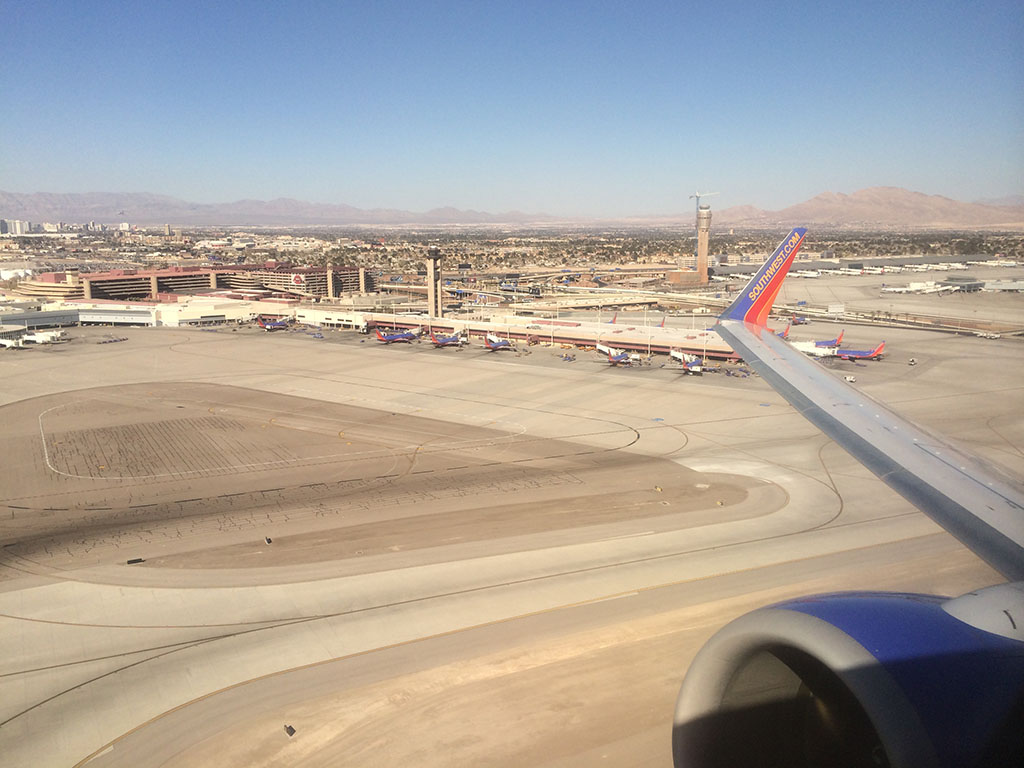 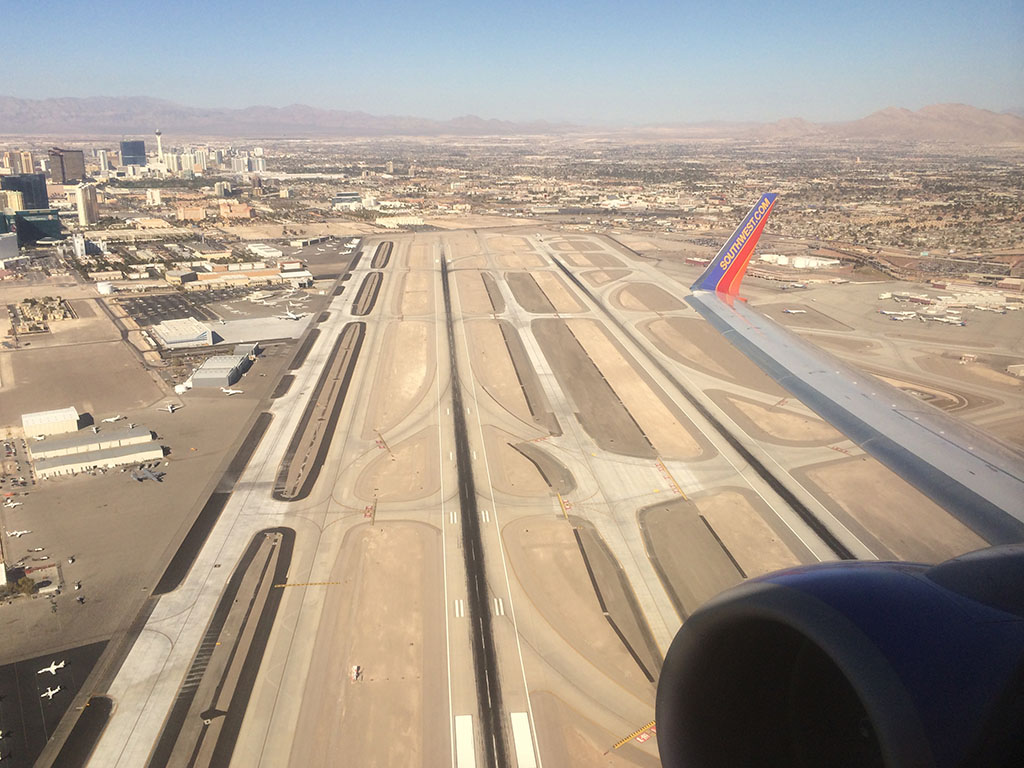 Once airborne, those of us seated on the left side of the airplane were treated to awesome views of LAS and the Las Vegas strip. It was at this point that I was thankful for choosing a seat on this side of the airplane at the last minute – because before boarding, I had intended to grab an A window seat instead. I got lucky. 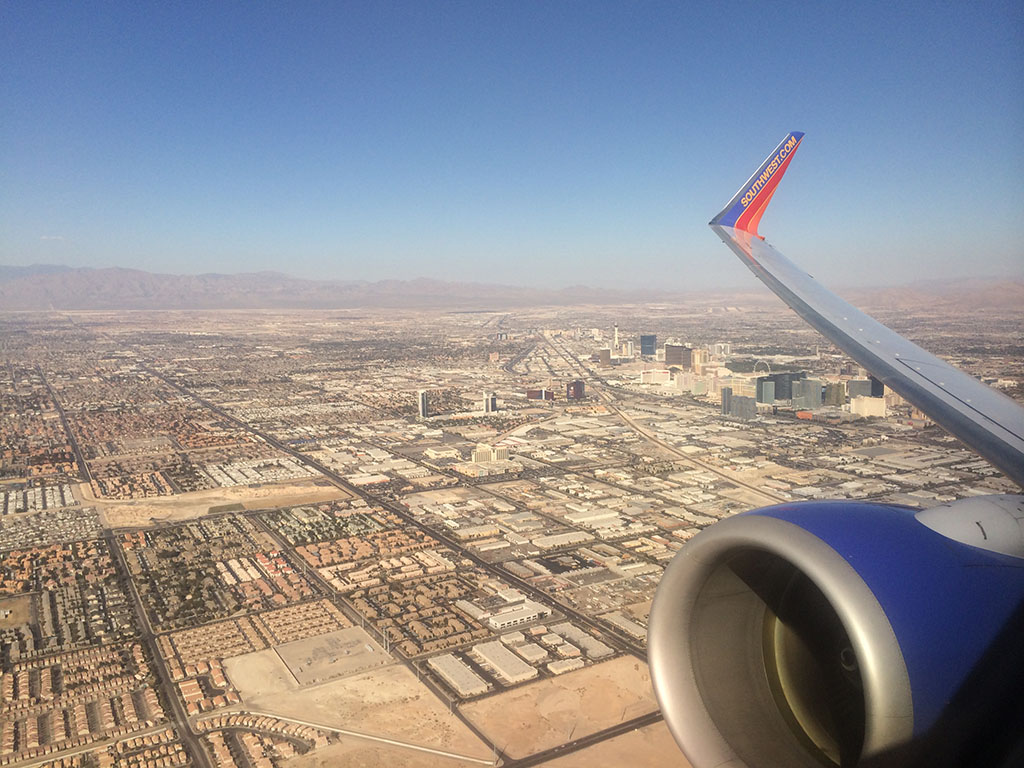 Awesome view of the Las Vegas strip as we depart LAS

Flight time down to SAN was a short 50 minutes, and it seemed like we started our decent just as soon as we leveled off at our cruising altitude. And like my three other Southwest Airlines flights over the last few days, drinks and snacks were served to all. 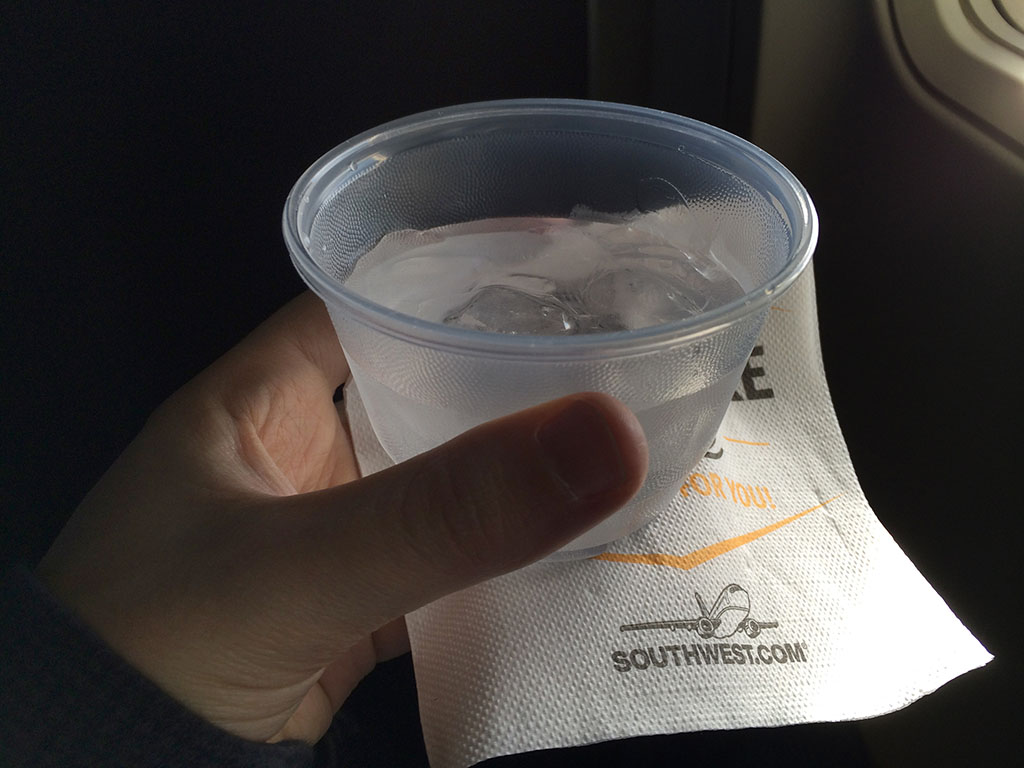 It’s important to note that there are no tray tables in the first row of the Southwest Airlines 737-700. You’re going to have to hold your beverage!

Arrival into San Diego was as beautiful as ever, with clear blue skies and awesome scenery to go with it: 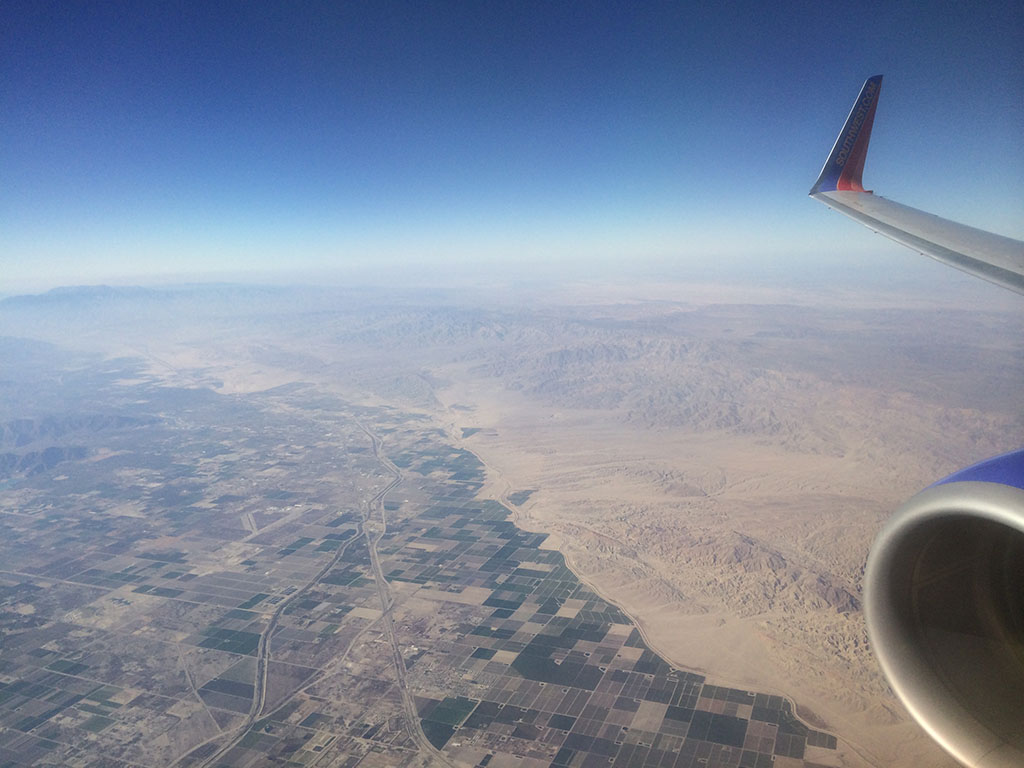 Starting our descent into San Diego 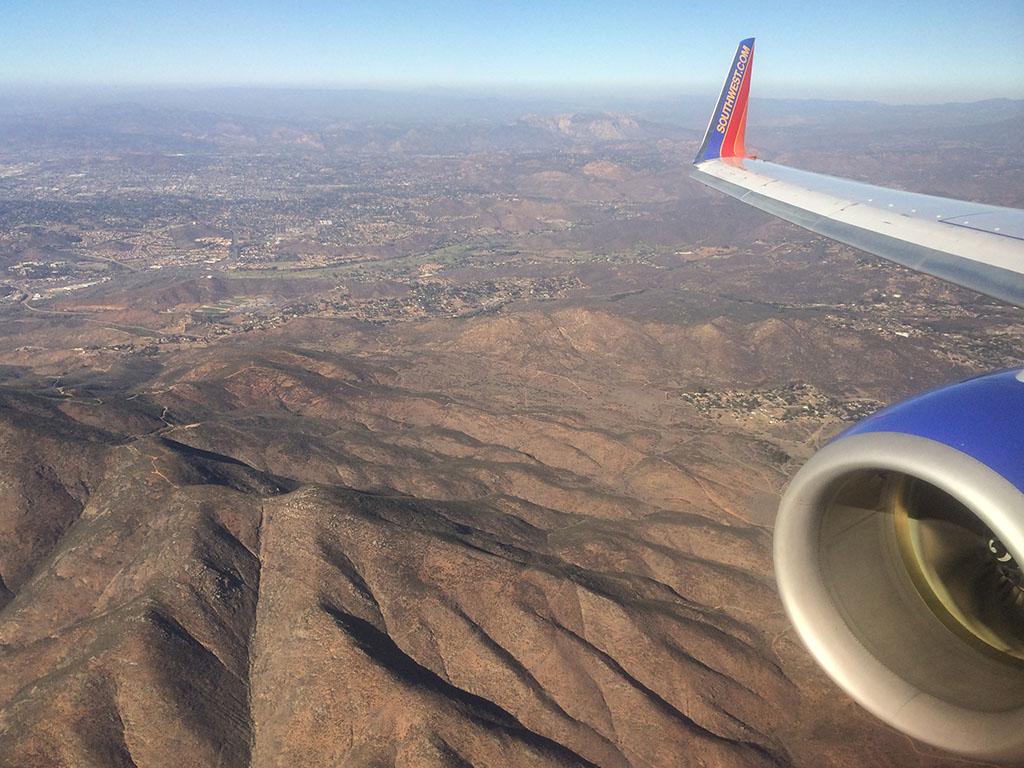 Getting closer to SAN… 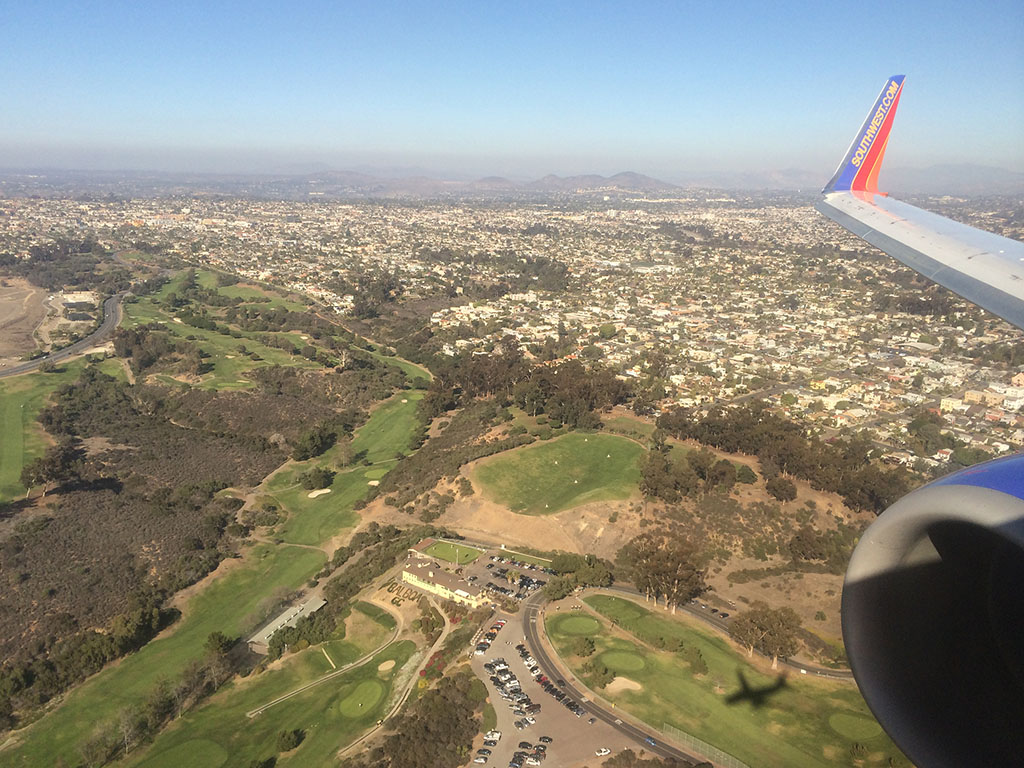 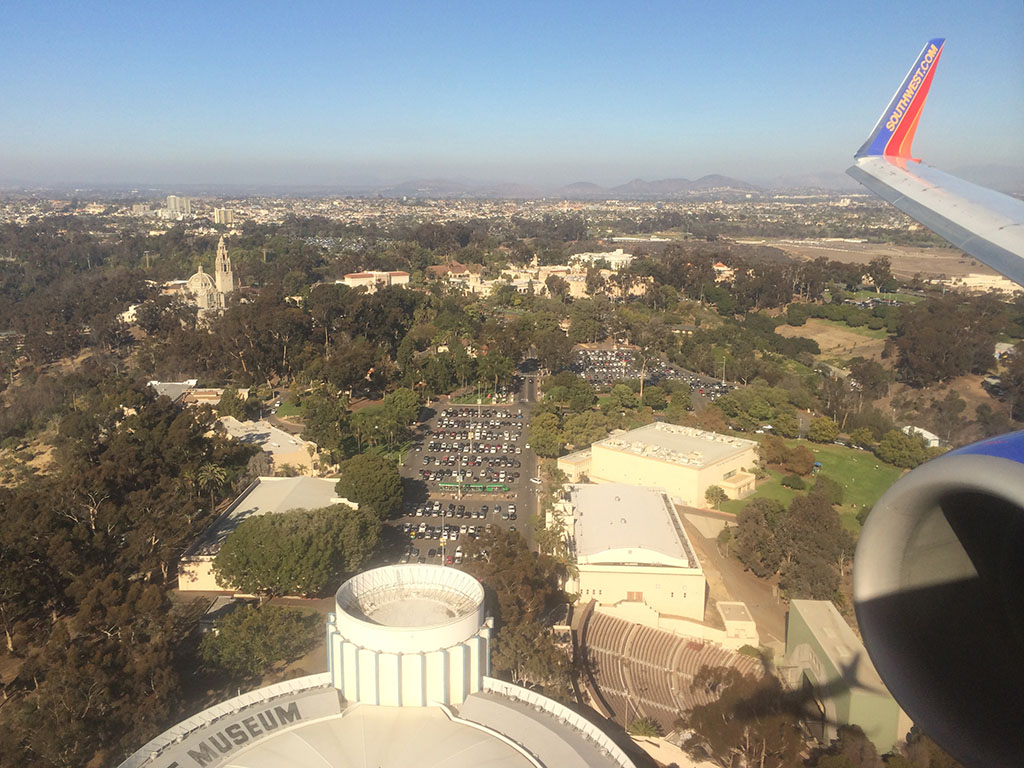 Flying directly over top of Balboa Park on approach to SAN 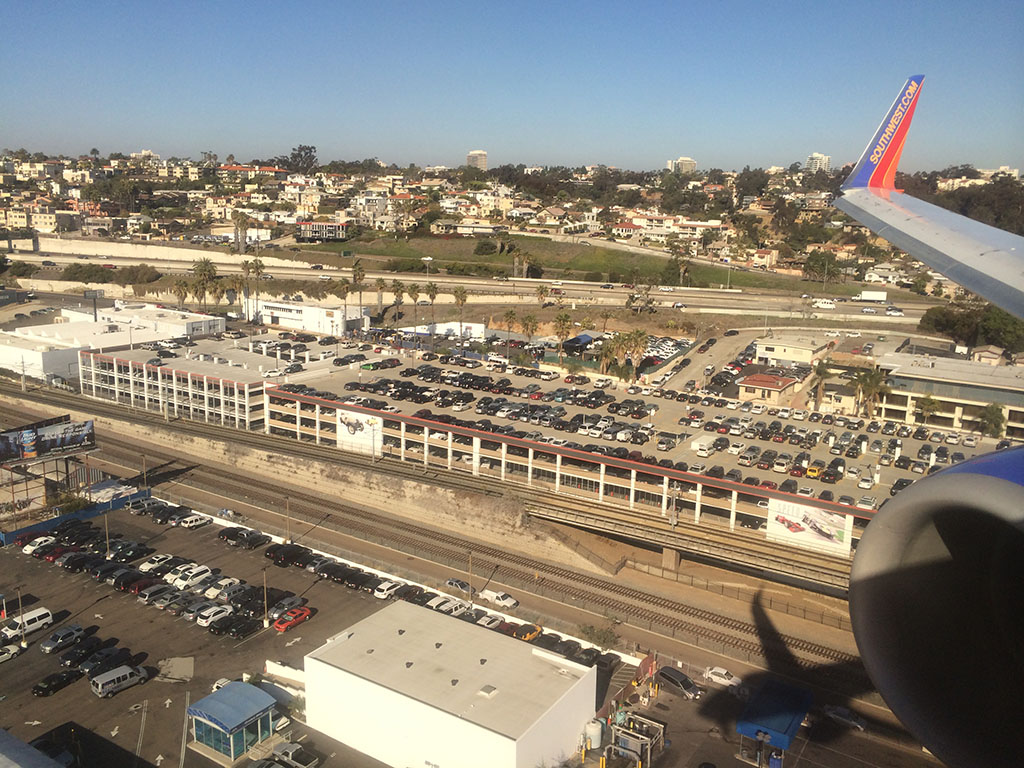 Touch down on runway 27 was right on time just like the pilot said, and we were docked at terminal 1 within minutes. 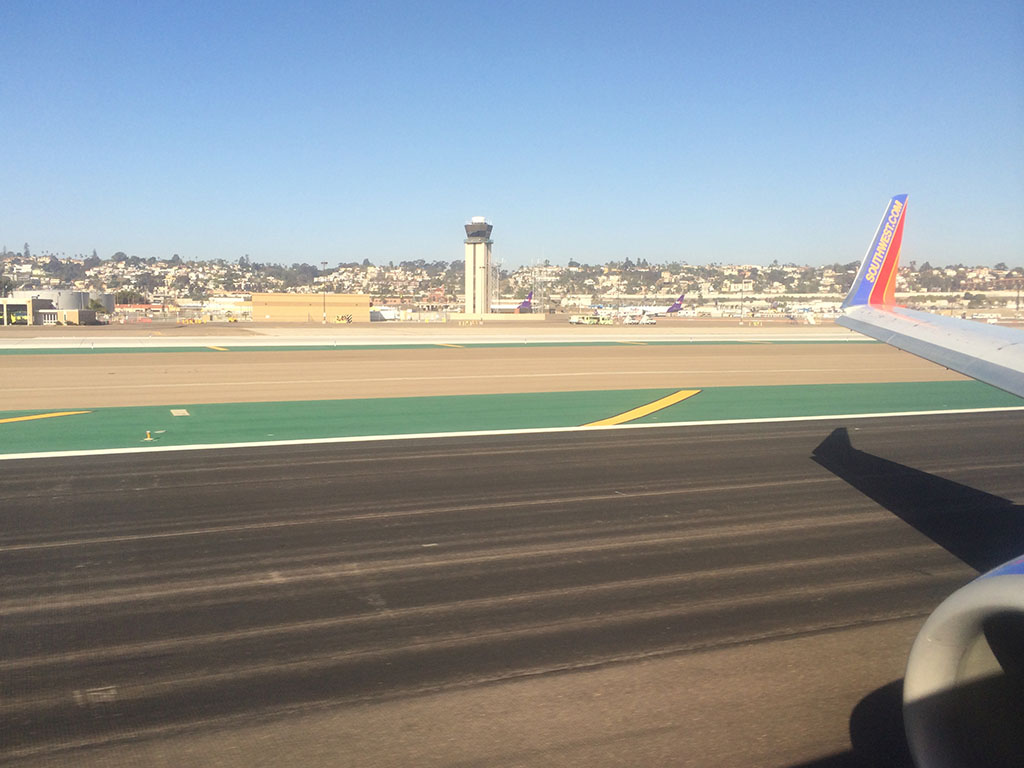 Touchdown on runway 27 at SAN 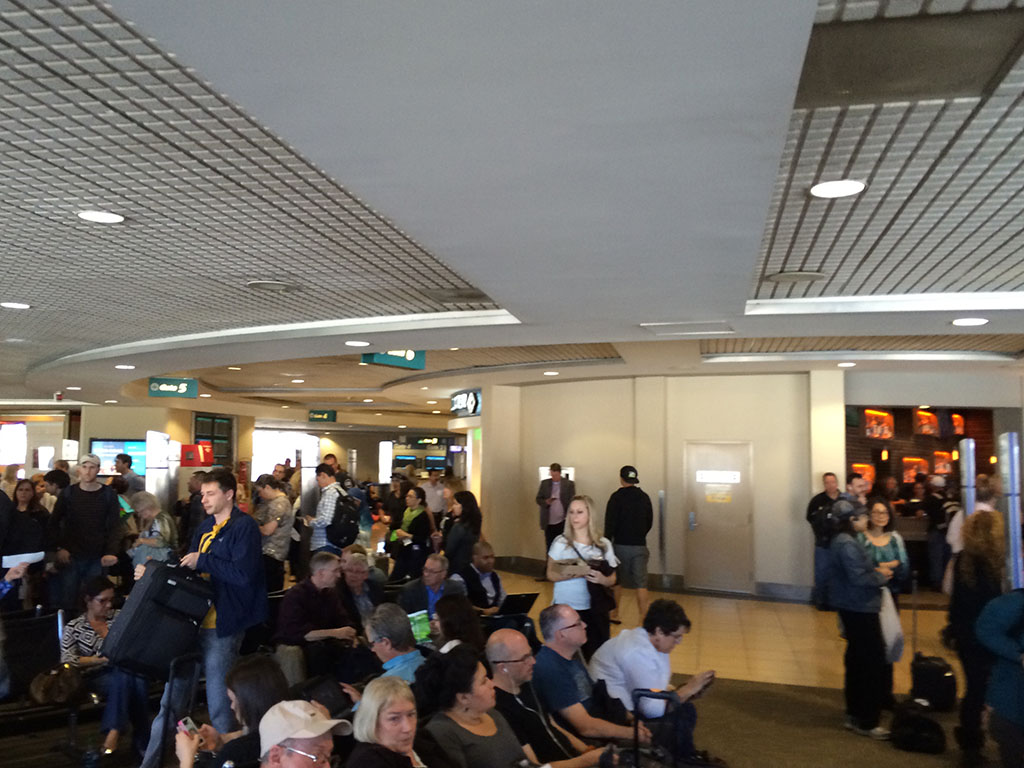 Inside the busy (and insanely small) terminal 1 at SAN.

Some people swear by Southwest Airlines and go out of their way to fly with them over anyone else. I’m not that guy. Don’t get me wrong – they are a fine airline offering a fine product and I don’t really have any real complaints about them. However, I just can’t get past not having a reserved seat assignment. I’m the type of person who likes to plan airline travel in advance as much as possible, and it irks me knowing that it’s going to be a total free-for-all once I step foot on the airplane. That’s not my style at all.