I always love flying into LAS. Once inside the terminal, the flashing lights and ding-ding-ding-ding sounds coming from the slot machines are unmistakably Vegas. This is gaming country, and you don’t even need to leave the airport to experience it! 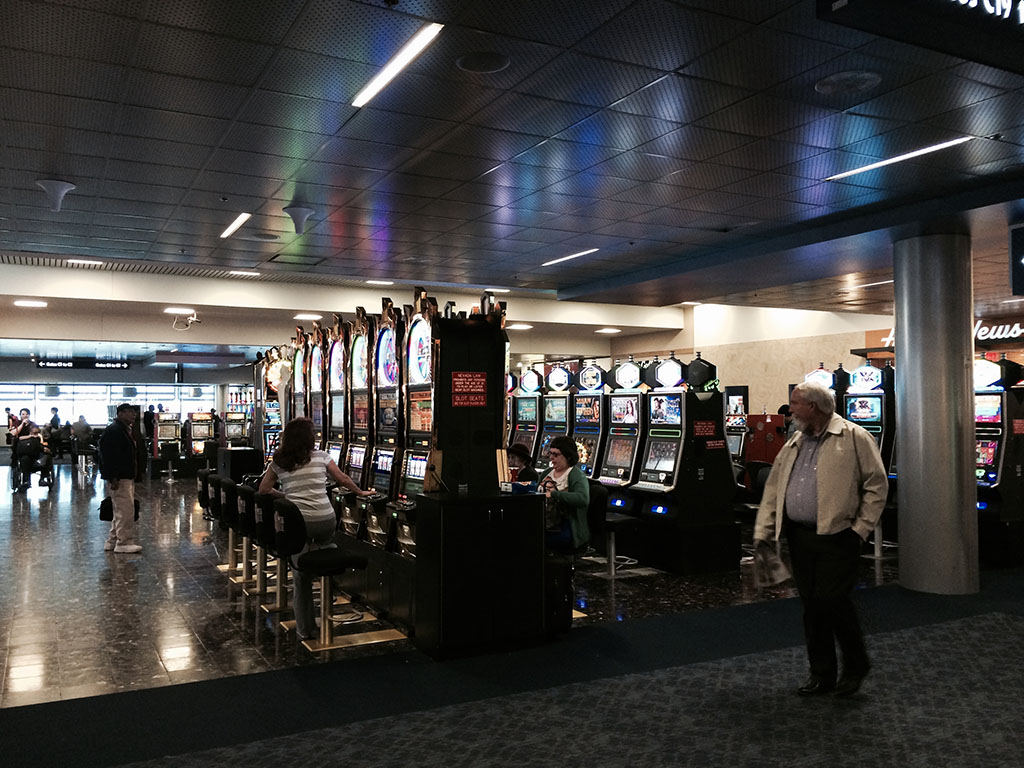 Vegas, baby! Slot machines inside the C concourse at LAS 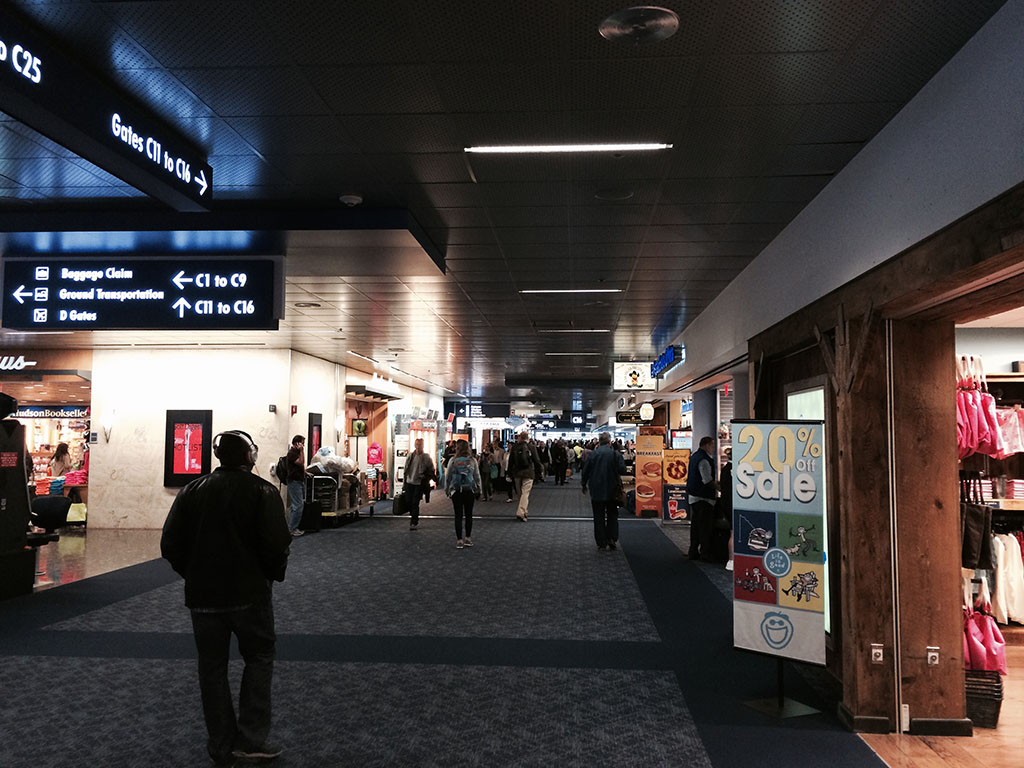 The C concourse at LAS

We had a 2 hour layover before our flight up to Reno, and being that it was lunch time, we grabbed a bite to eat that the Pei Wei Asian Diner. It was one of the healthiest choices available in a sea of other fast food places, though not as healthy as I’d like. Yeah, I’m a picky eater and airports are pretty much the worst places in the world to get a healthy meal. Kind of sad, really… 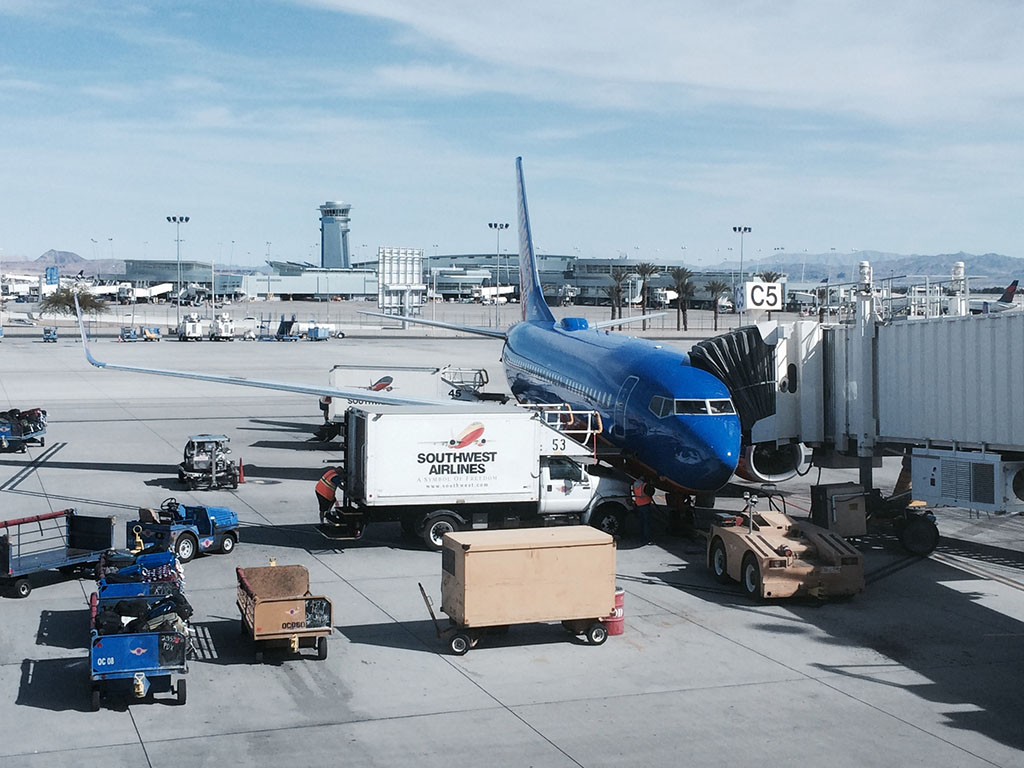 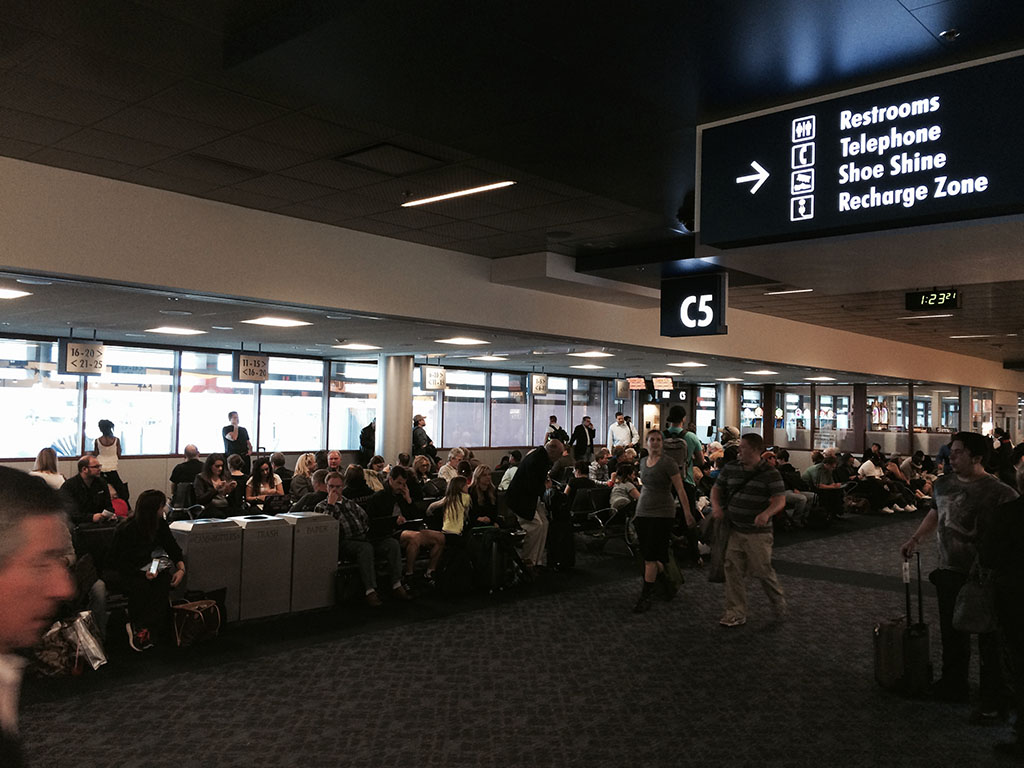 Our flight was departing out of gate C5, and this time we had boarding cards for B59 and B60. I really wanted a window seat on this flight since I had never flown into RNO before, but I knew that my chances were slim. We were deeply in the second half of the boarding groups, and I made a mental note to myself that if I ever fly Southwest Airlines again, I’m going to pay extra for a spot in the first boarding group. I hate open seating!

Once onboard, my anxiety increased. My wife was able to get an aisle seat in the middle section of the plane, but I had yet to see any open window seats. Further and further back I went, finally spotting one in row 20 or so. I had laser-focus vision on that seat as I was approaching it, but as luck would have it, the guy right in front of me took it. Argh! With that seat gone, the struggle had switched to finding an open aisle seat. I was in no mood for a middle seat this far back on the airplane, and I’m happy to report that enough luck was on my side to grab the last empty aisle seat on the plane – in the very last row. Ugh. Oh well. Better than being stuck in the middle. 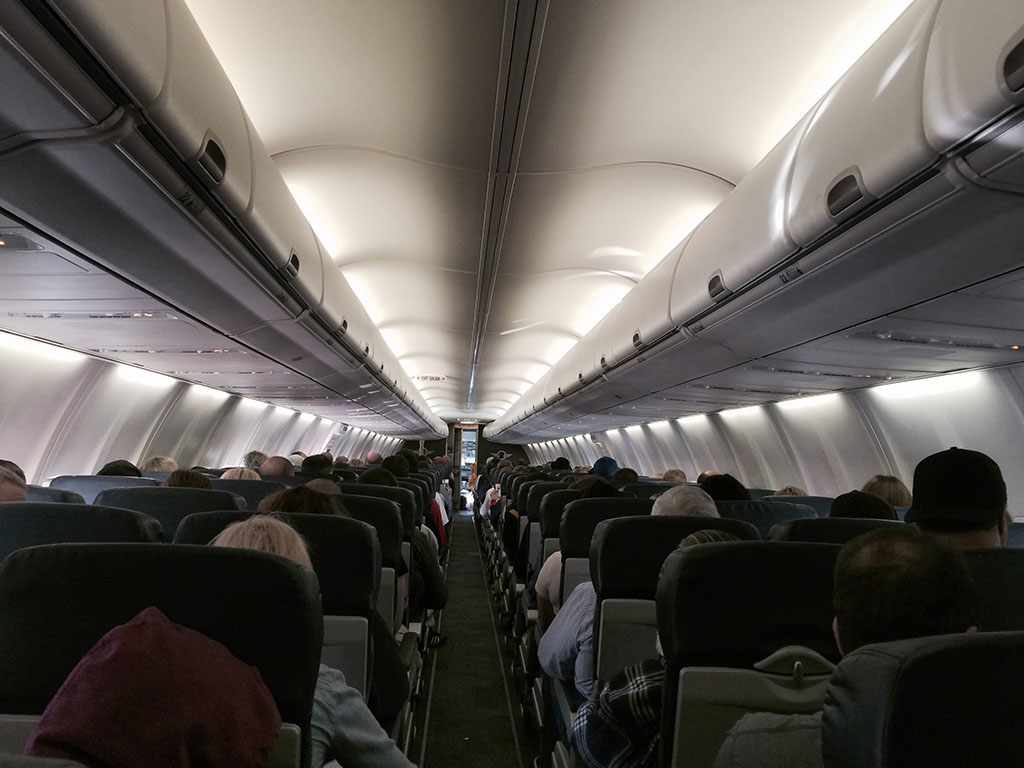 Feeling defeated (and bummed that I wouldn’t be able to take any in-flight pics out the window), I settled in and tried to make myself as comfortable as possible given the situation. But that proved difficult due to the guy sitting next to me who didn’t quite understand the concept of “personal space”. He wasn’t big, but he had no problem stretching out and getting comfortable himself. 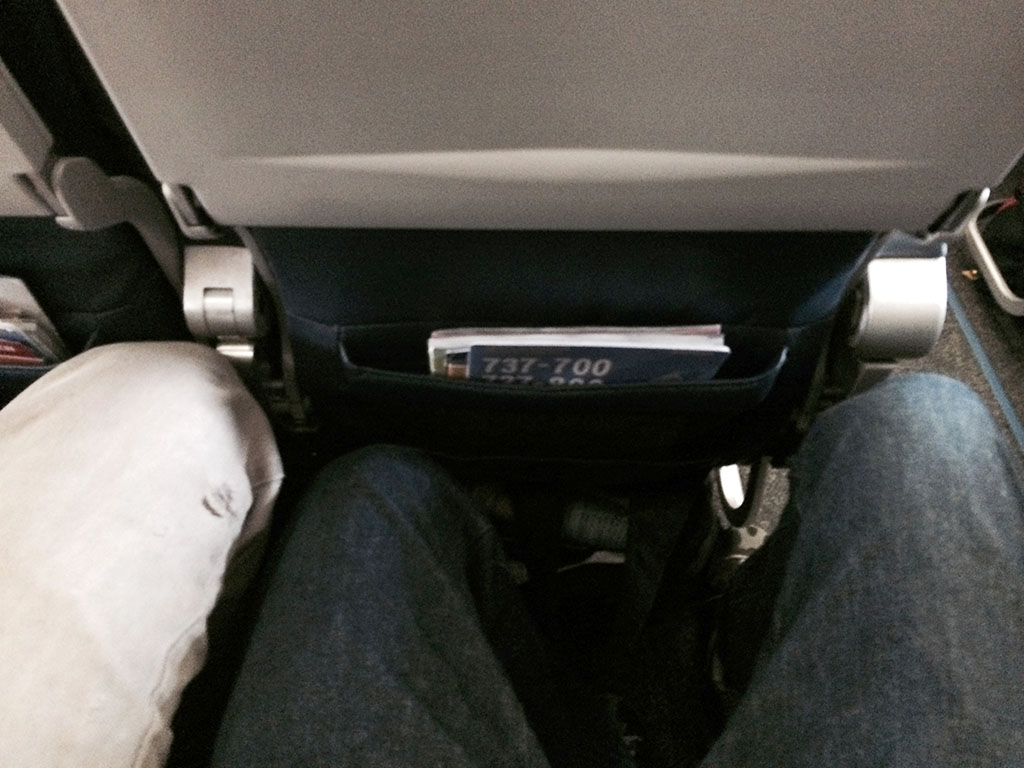 My seat mate stretching out and invading my space. Good thing this is a short flight…

Sigh. Did I mention that I hate open seating?

Since I couldn’t see out the window, I have no idea what runway we departed from at LAS. But in an effort to save this trip report, I present to you pictures of…the bathroom. If you’ve ever wondered what the rear lavatory on a Southwest Airlines 737-700 looks like, the following images are just for you: 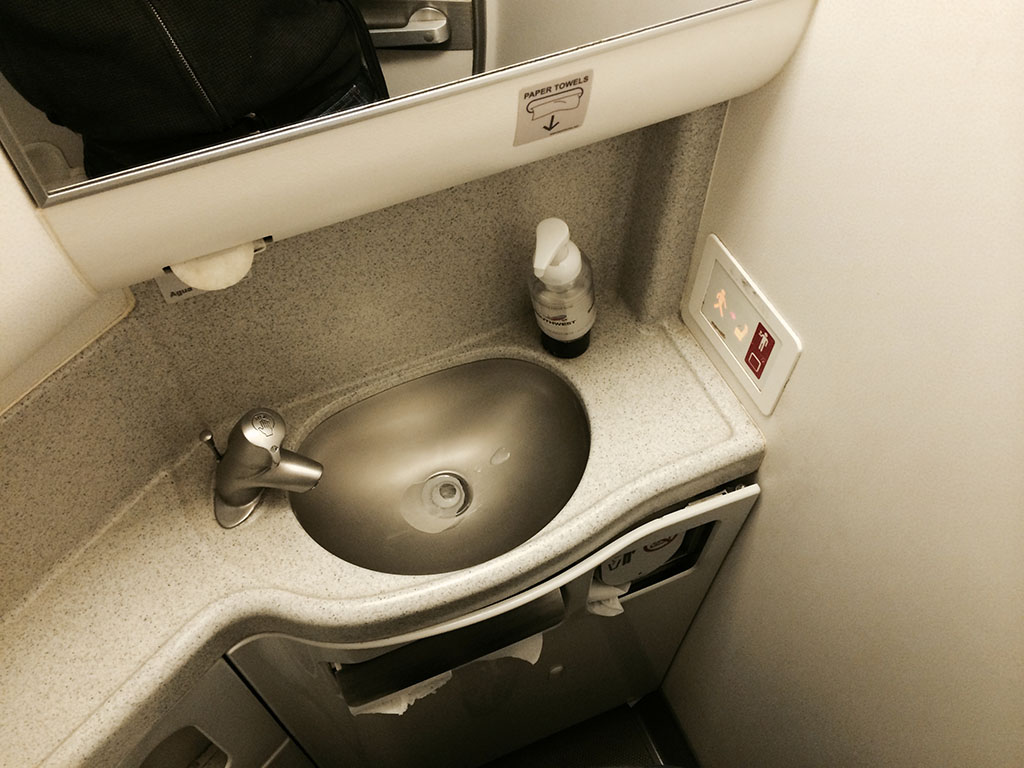 The rear lavatory sink on this Southwest Airlines 737-700 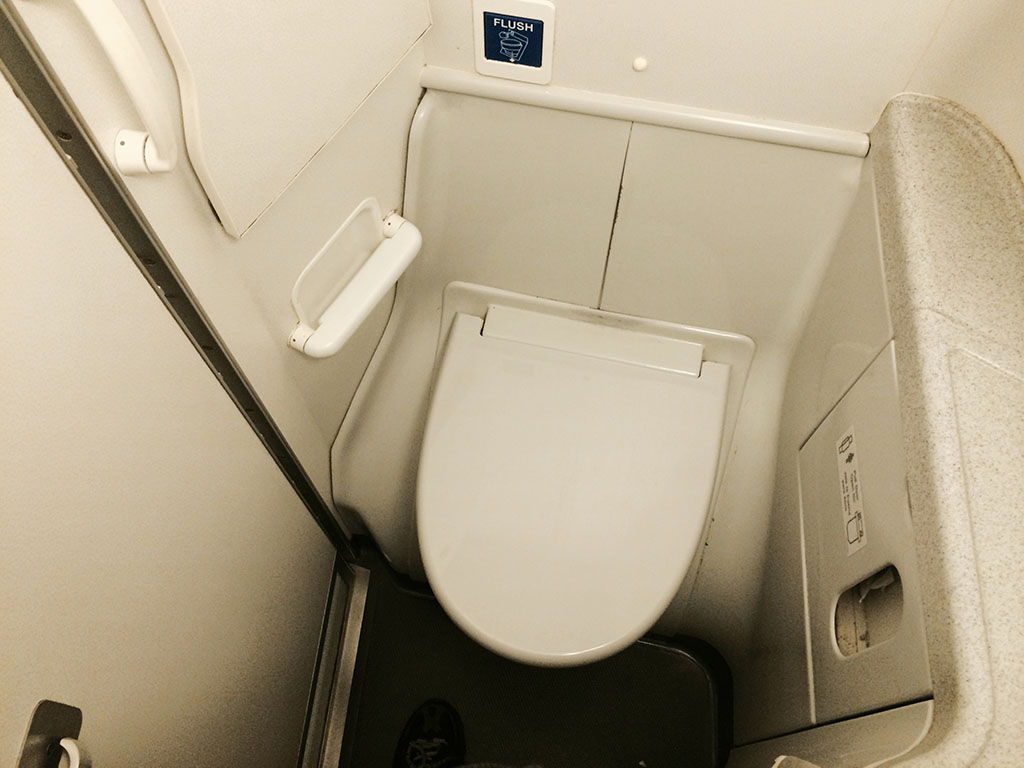 The rear lavatory toilet on this Southwest Airlines 737-700 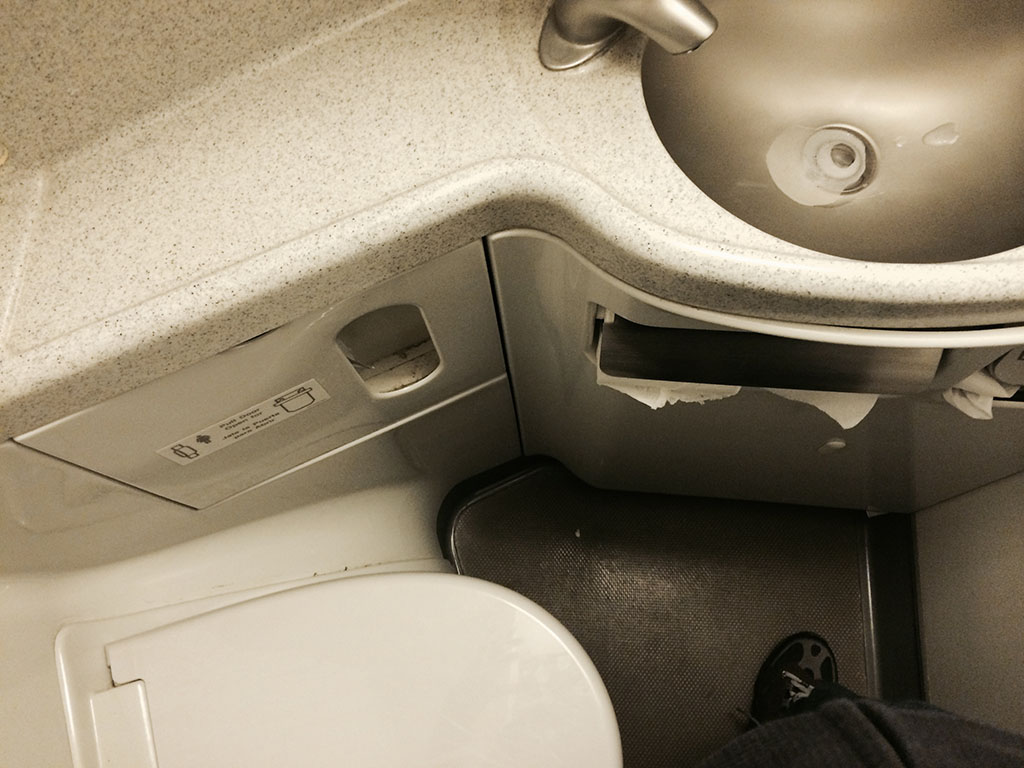 Back at my seat, I spent the remainder of the flight enjoying the inflight snack and napping on and off until we landed. 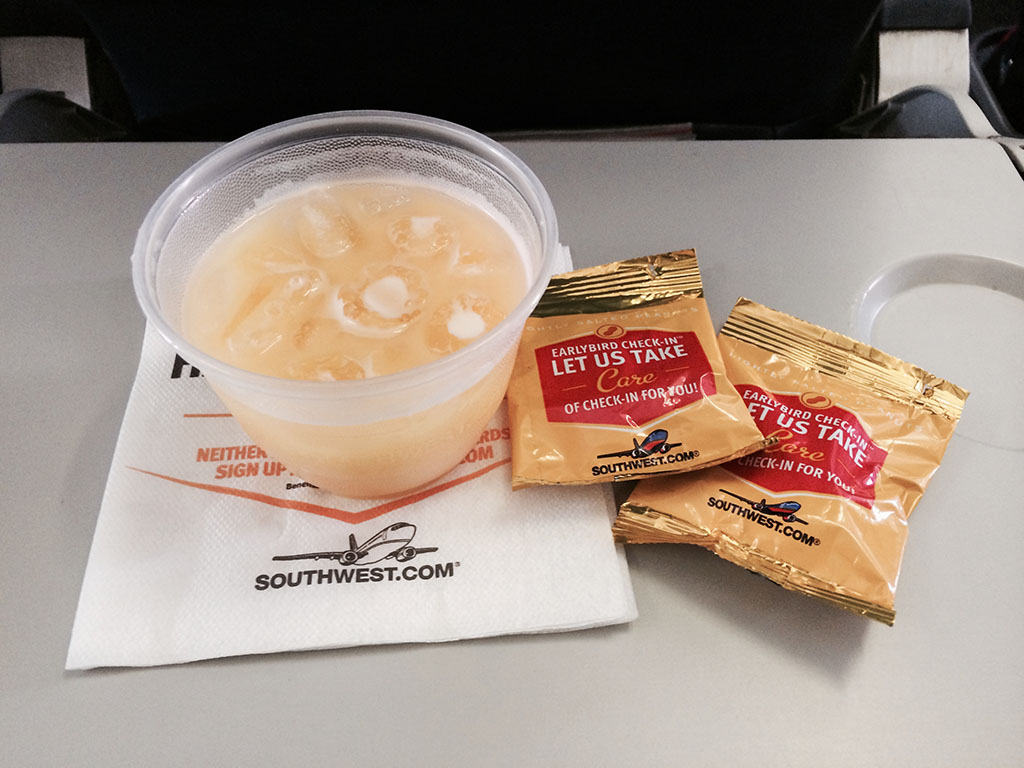 Peanuts and orange juice on our flight up to Reno today 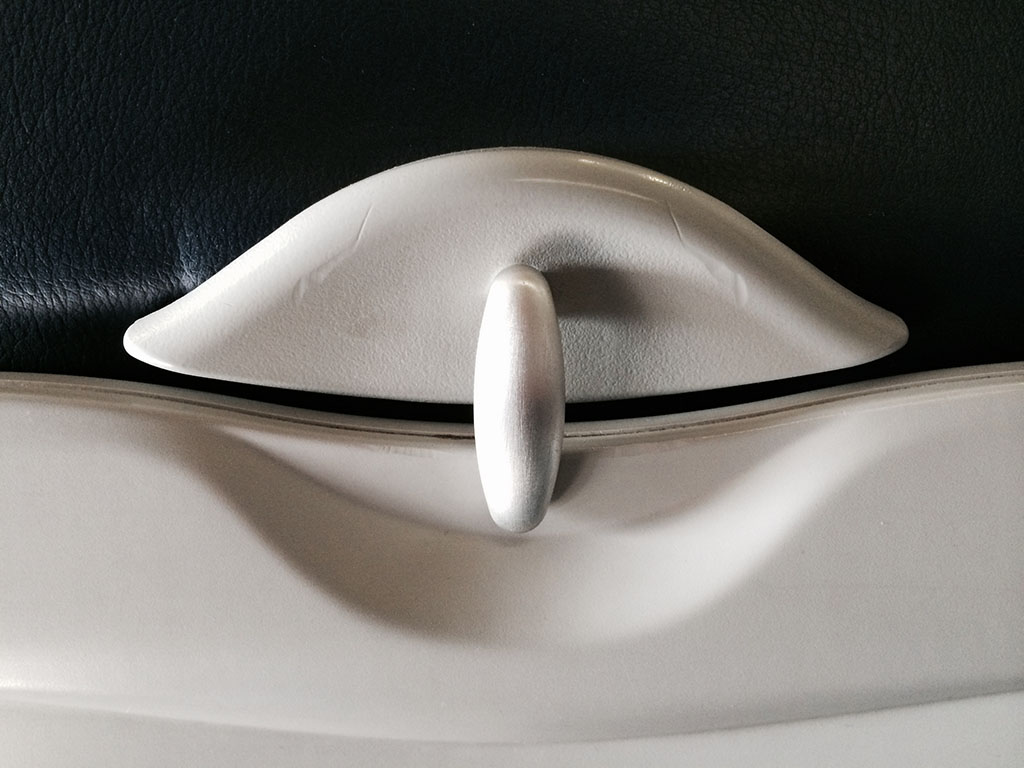 Nicely designed tray table lock mechanism. Hey…when there’s nothing else to look at, I tend to notice stuff like this!

Arrival into RNO was about 15 minutes late (on which runway I have no clue), thus beginning our long weekend of skiing at Heavenly in south Lake Tahoe. 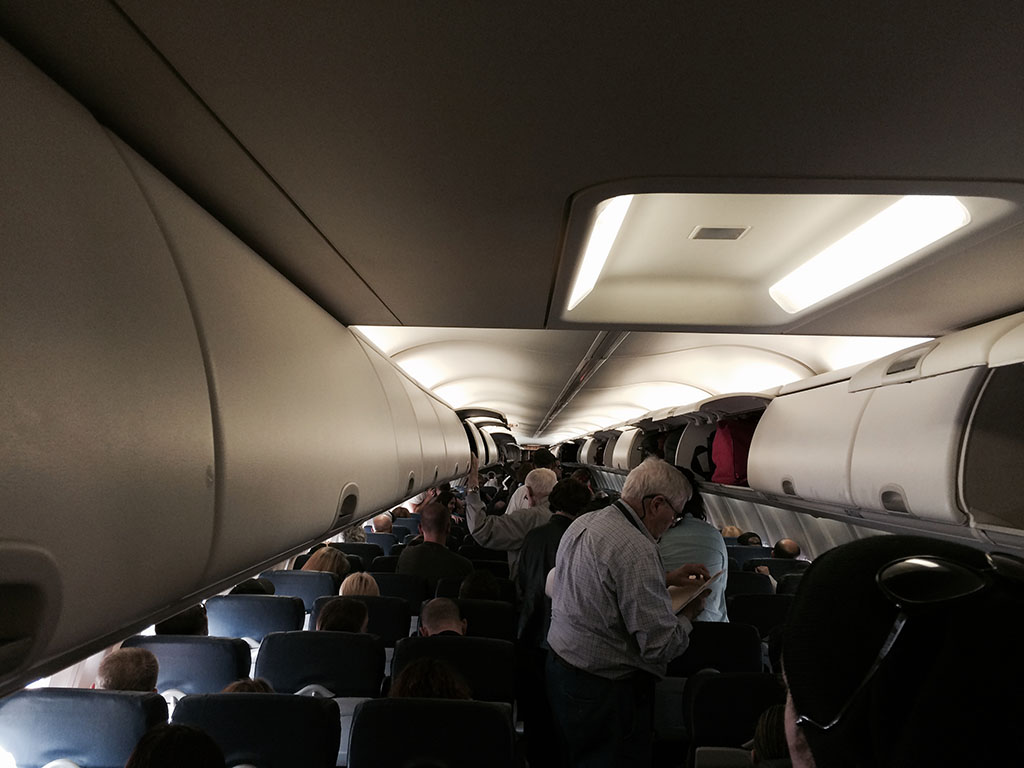 Having a seat in the last row means waiting a long time to get off the aircraft. 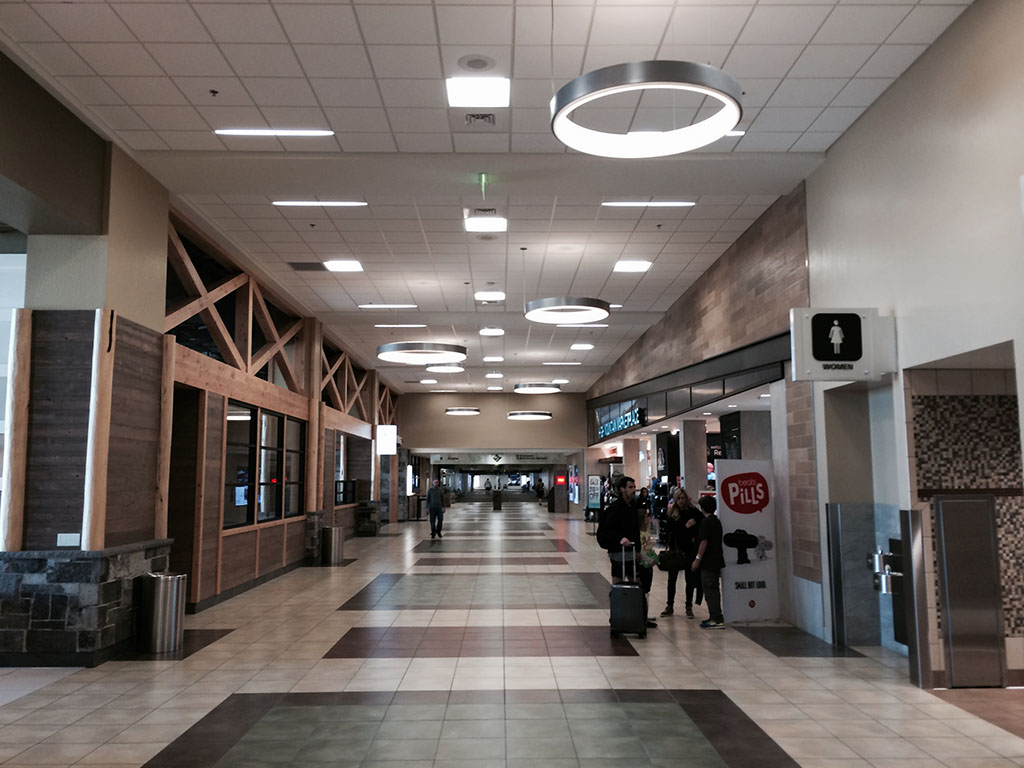 My first impression of the Reno airport. Very nice!