Since my flight wasn’t scheduled to depart PHX until 11:15am, I took my time checking out of the hotel and returning my rental car. I was hoping for clear and sunny skies that morning, because if that was the case, then I would have left much earlier to spend a bit of time in the terminal 4 parking garage doing some aviation photography. But it was gray and gloomy when I woke up, which scrubbed those plans in an instant.

I eventually made it to PHX by 9am. Since I still had plenty of time and I hadn’t eaten breakfast yet, I grabbed a quick bite at a cafe in the main terminal (before going through security). $14 for a bagel, fruit bowl, and an orange juice. Yikes!

This is the first time I’ve been in this section of Sky Harbor International Airport – it’s fresh and modern with many restaurants and shops, which makes killing time really easy. 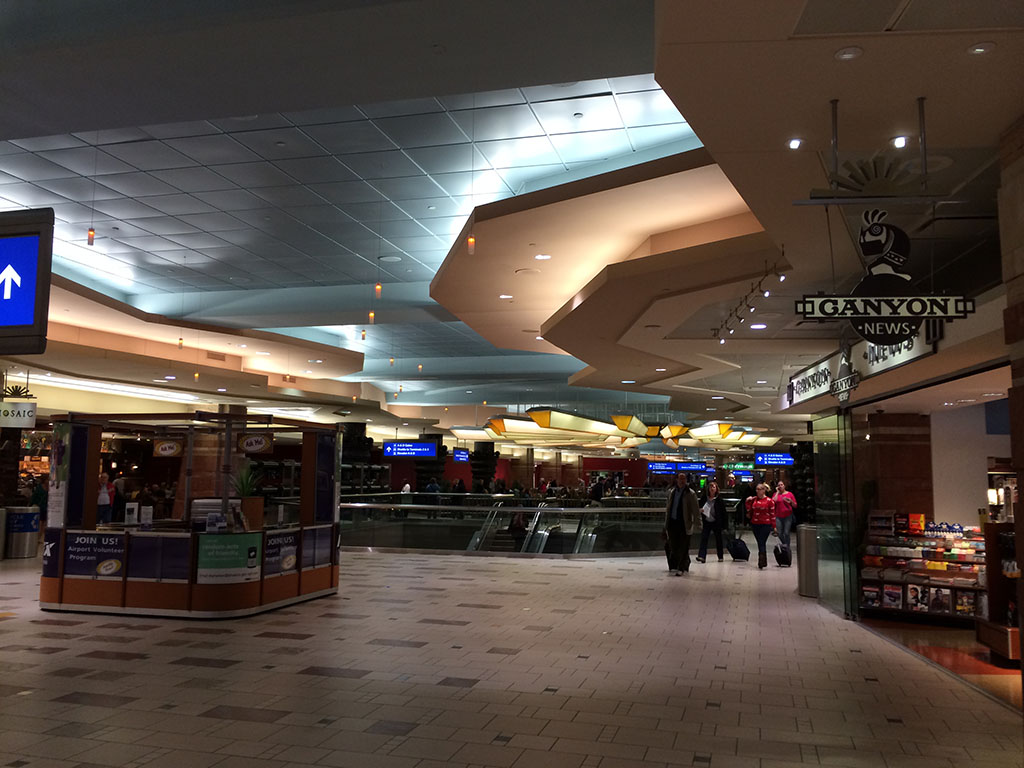 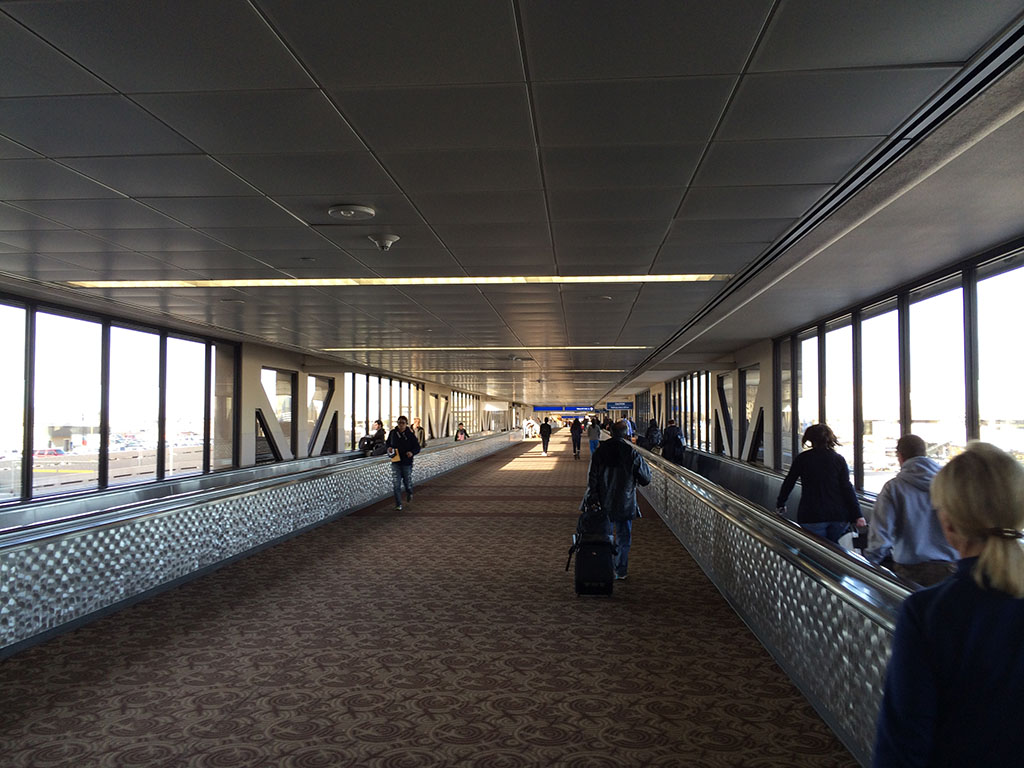 Walkway between terminals 3 and 4 at PHX

USAirways A321 side view illustration

Boarding was a few minutes late, but they managed to get everyone onboard quickly and on our way right on time. 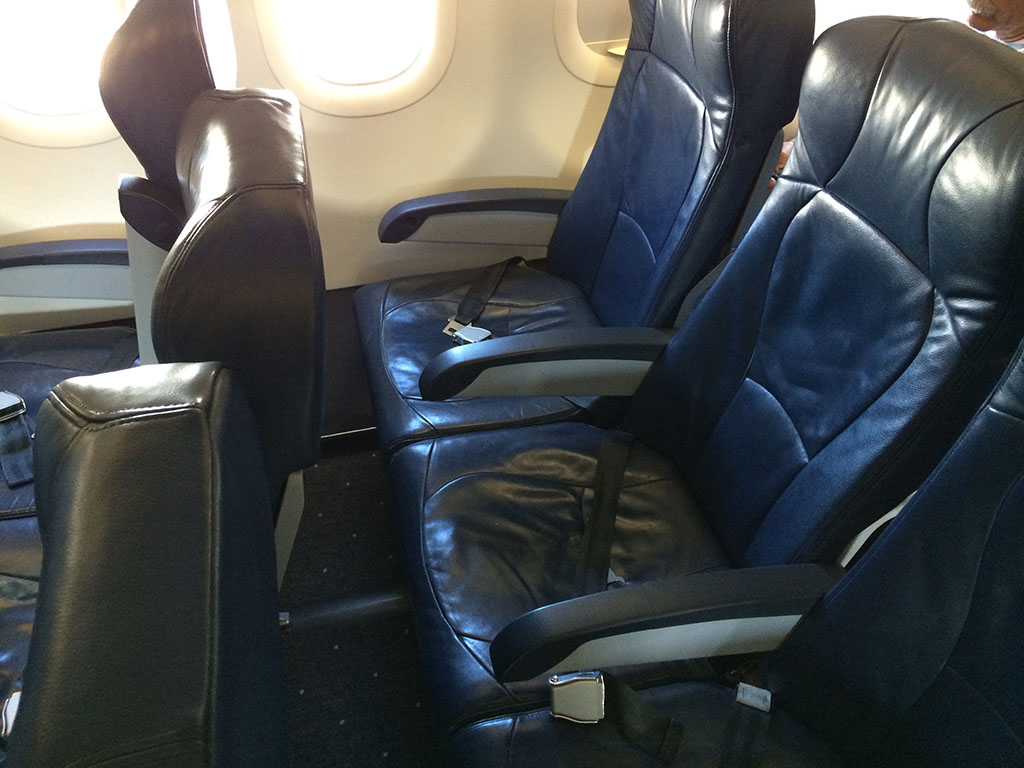 My seat (26F) on this USAirways flight to San Diego 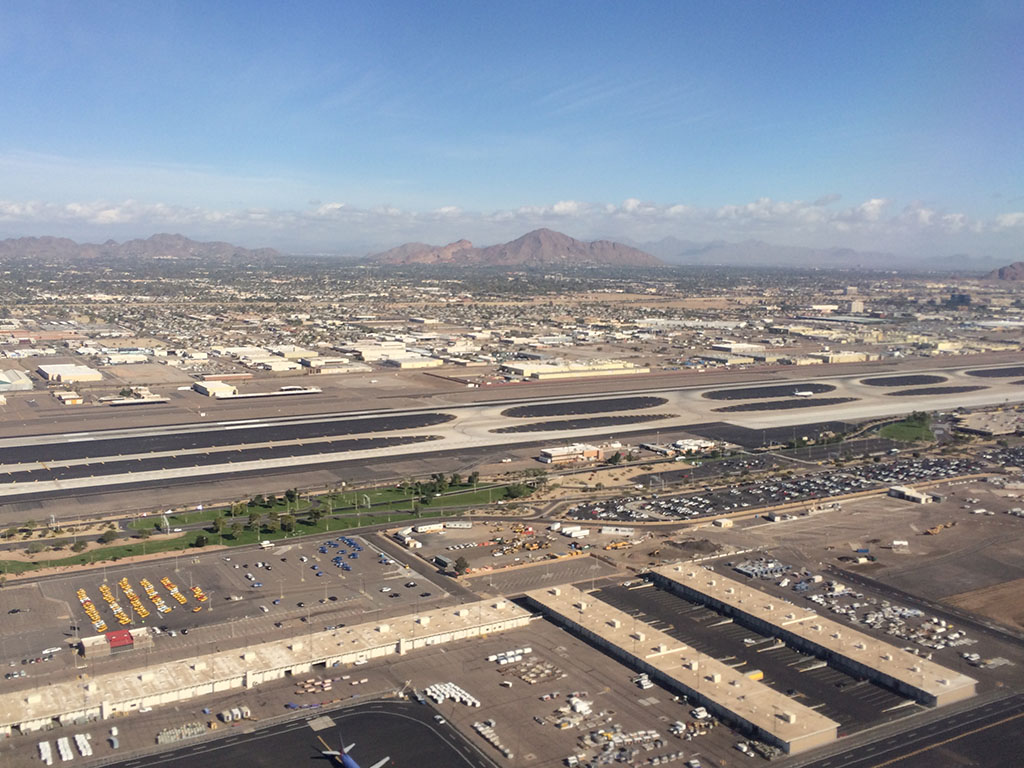 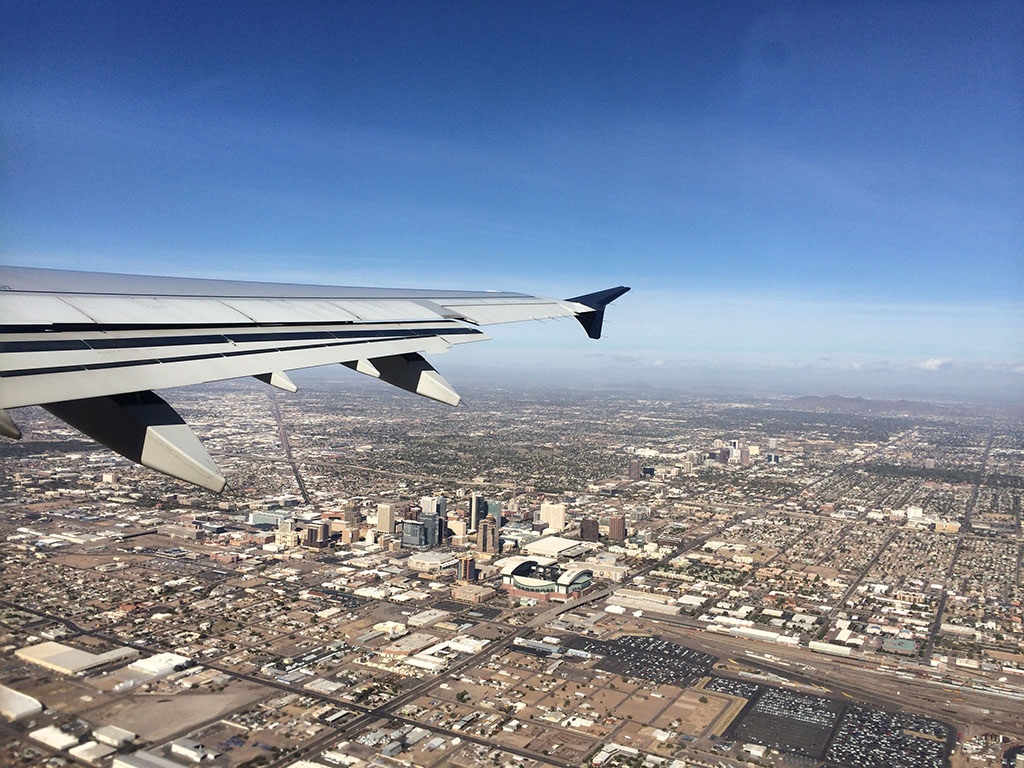 Climbing out of PHX with an excellent view of downtown Phoenix

Flight time was a little bit longer than it was when I came from San Diego the day before (55 minutes this time), and there was a bit of turbulence the entire way. But other than that, it was a completely uneventful flight. 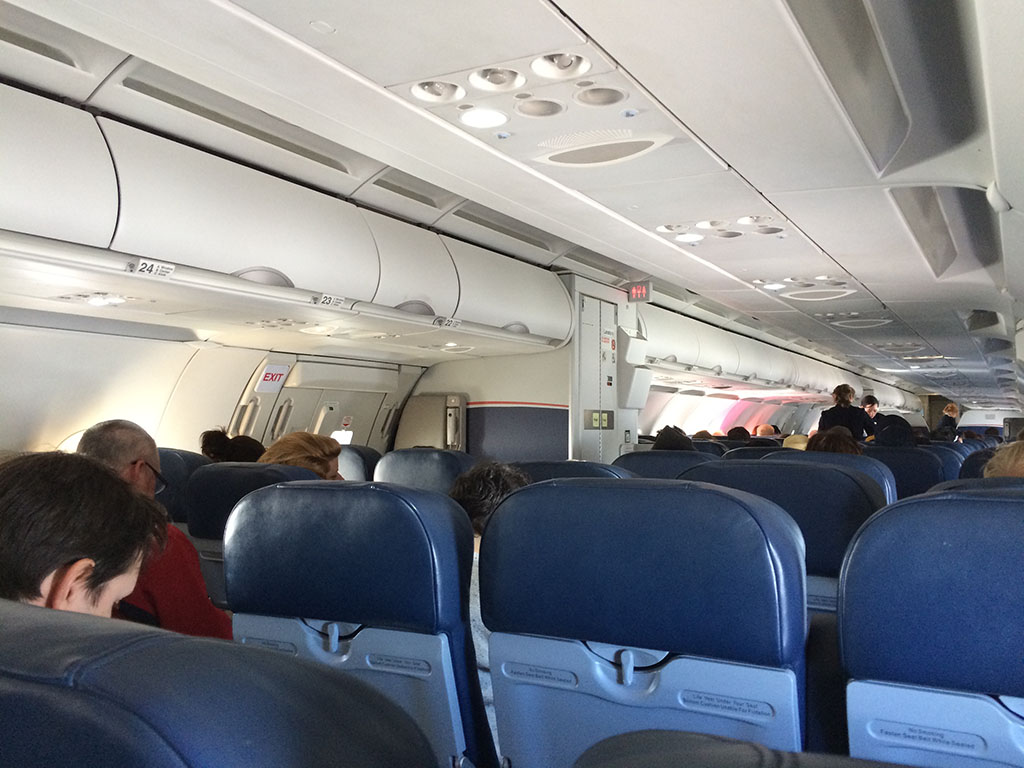 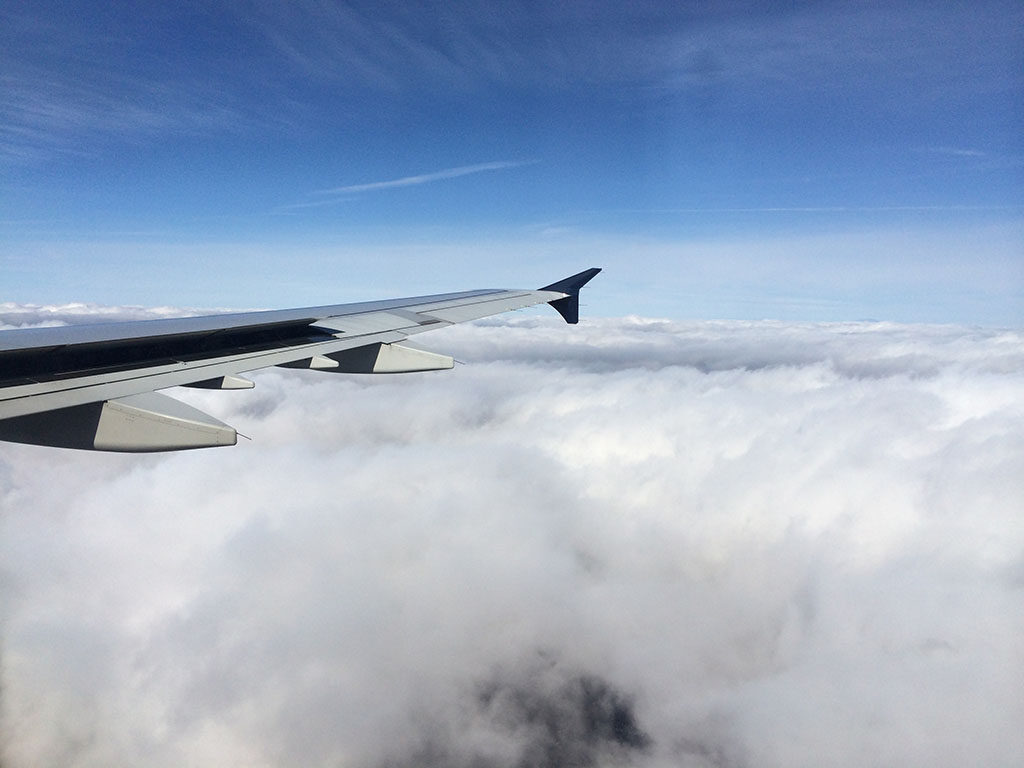 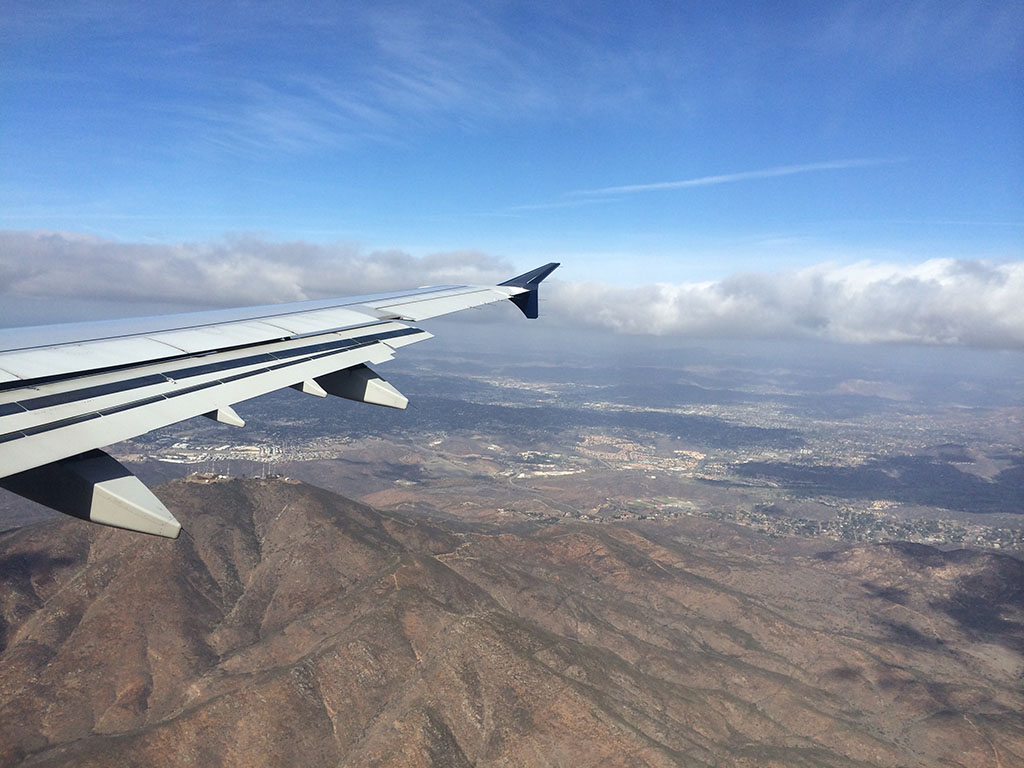 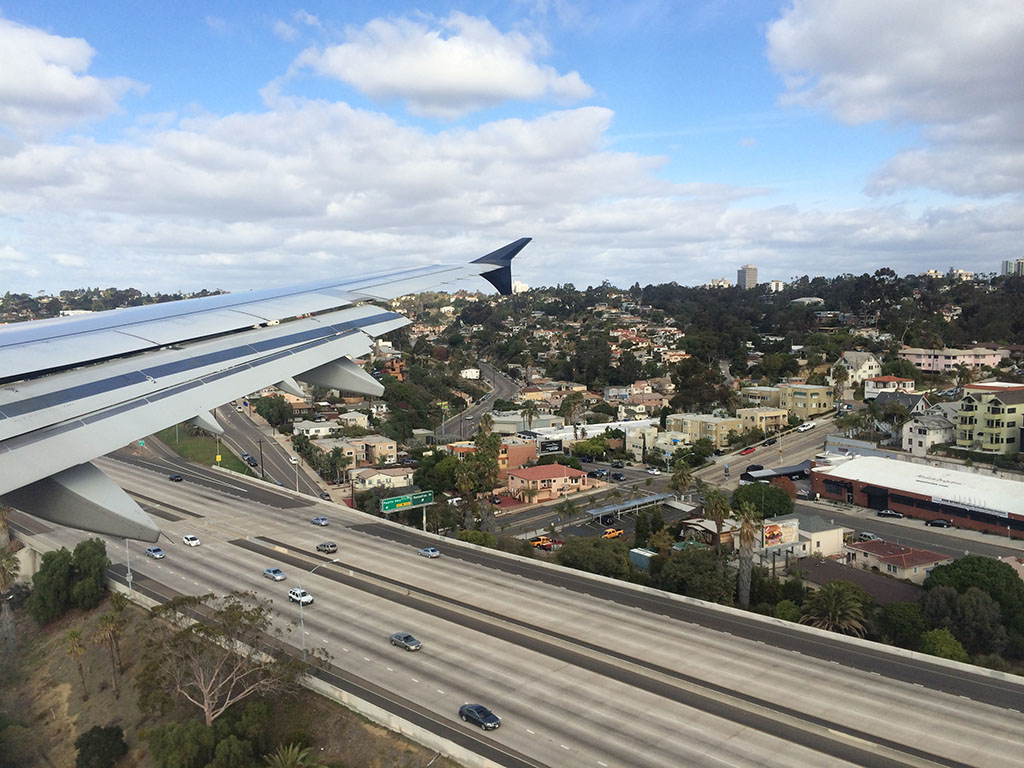 Overflying I-5 just moments before touchdown at SAN 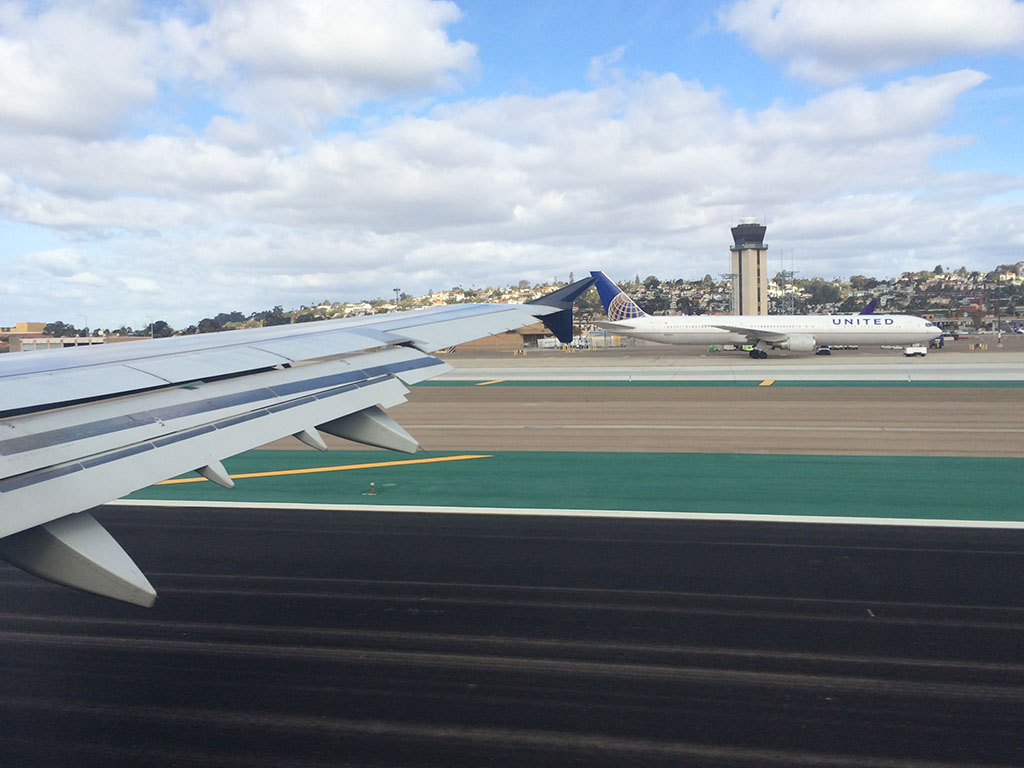 Rolling to a stop on runway 27. That UA 767-400 is not a regular visitor to SAN – it was most likely a football charter.

It was a good trip, and nice to fly on USAirways again after a 12 year absence. The short flights made it difficult to effectively evaluate the service, but I saw nothing with my time with them that would prevent me from avoiding US in the future. So – will these be my last every USAirways flights before they are fully absorbed into American Airlines? Time will tell…

All Posts in this series: