Situated about 45 minutes south of LAX down the 405 freeway is a nice little airport called SNA/KSNA. Good ‘ol Santa Ana John Wayne International airport. I’m not usually interested in smaller airfields such as this, but I’ve got to admit that I really like this place. It’s very easy to get to, there’s no traffic or congestion to speak of, and while small, it does get a healthy dose of mainline traffic all throughout the day. I almost consider it my second “home” airport – even though I have never actually flown in and out of here. Heck, it’s only a 45 minute drive north from where I live, so I think that I really do need give it a try sometime.

Even though I have no experience flying in or out of SNA, I do have a lot of experience taking pictures of aircraft from the perimeter areas. This is actually a really great airport to photograph at, and that’s precisely why I like it so much.

1). Hands down, the best place for taking pictures of arrivals is from the parking lot situated at the end of Airport Loop Drive (off of Red Hill Ave). This is a business park, and that means it’s pretty much deserted on the weekends so you can park anywhere you want. With that said, weekends are best. Using this spot during the week may prove to be more complicated due to all the employee and business traffic, and you may be asked to move on if you’re in the way and/or taking up valuable parking spots. Here is a map of that spot:

2). I’m not sure what it is about it’s location, but it’s very rarely cloudy (or so it seems). The fog that plauges southern California during the spring and autumn months doesn’t seem to affect the Santa Ana area as bad as it does San Diego and LA proper. Chances are, the weather will be good!

3). The light is good all year round (evenings only) for arrival and departure shots, assuming that you are in the location I mentioned in point 1 above. This is one of the main reasons why I like SNA so much. My home airport (SAN) is pretty much un shootable during the summer months, but the runway angle of SNA is perfect and well lit in the evenings all year long. Because of this, SNA is my “summertime” photography airport.

4). The overall traffic that comes in and out of SNA isn’t all that exciting if you’re into large airliners. Most of the commercial aircraft you will see are 737’s and A319’s, with an occasional 757 here and there (though these are becoming more rare). FedEx does fly an A300F in and out of here, but only on weekdays. It’s also interesting to note that this airport is popular with the general aviation crowd, so you’ll get to see a lot of pilots in training while you wait for the next 737 to arrive.

5). The most common airlines are Southwest and Alaska.

Here are a few sample pictures from the Airport Loop Drive spot: 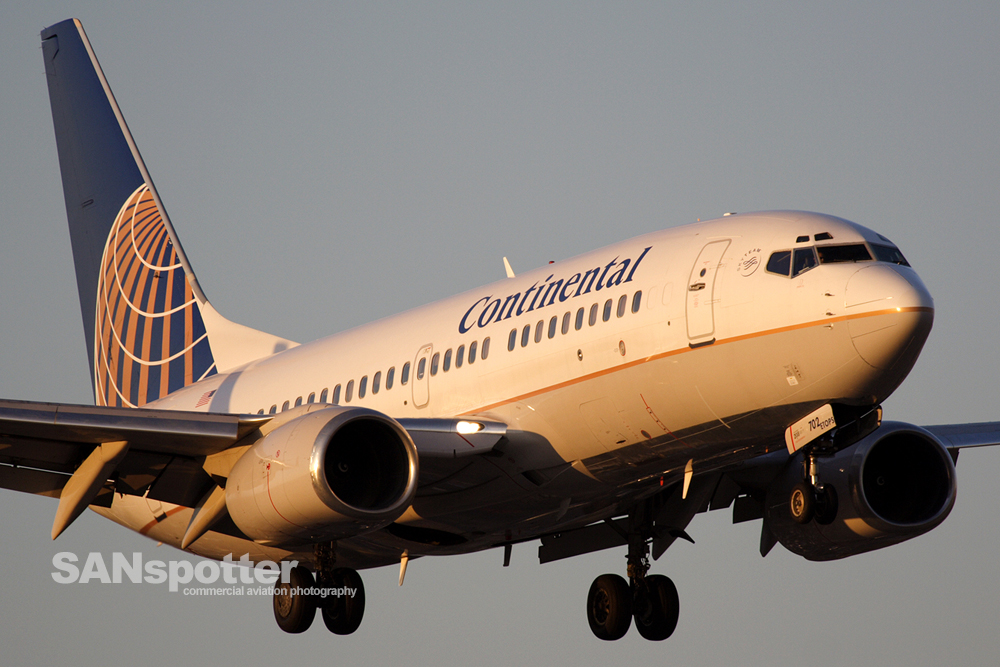 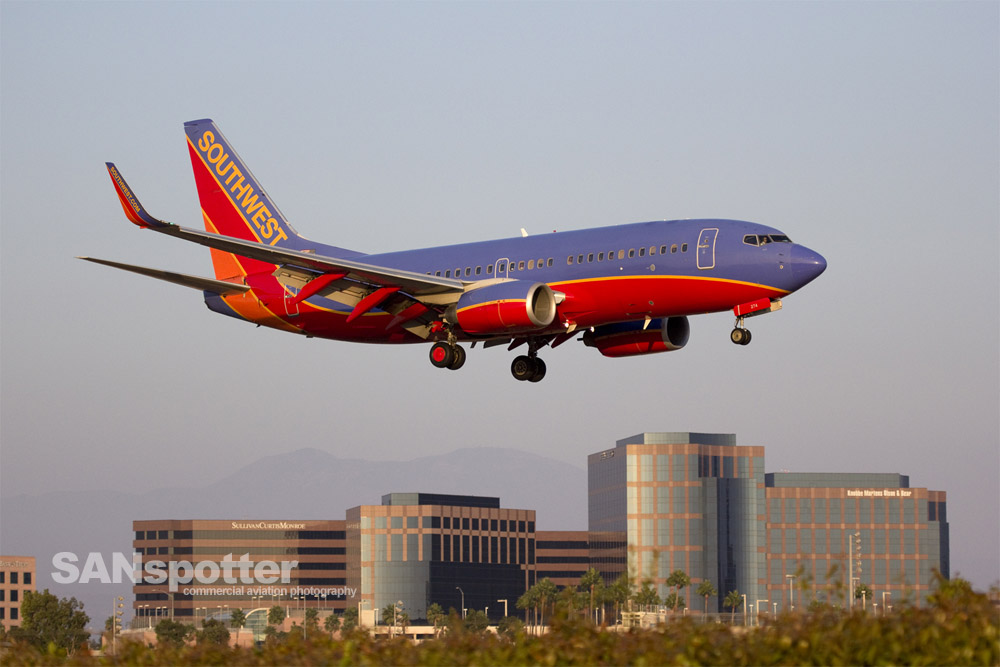 Finally, at the extreme southeast corner of that same parking lot, there is a section of the bushes cut away that will allow you to get right up to the fence and shoot through it. I don’t like this spot though, as it’s kind of hidden and I can imagine that other people would think you are up to no good if you are hiding in the bushes along the perimeter fence. But you can occasionally get interesting shots like this (shot through the fence with my 100-400L @ 320mm): 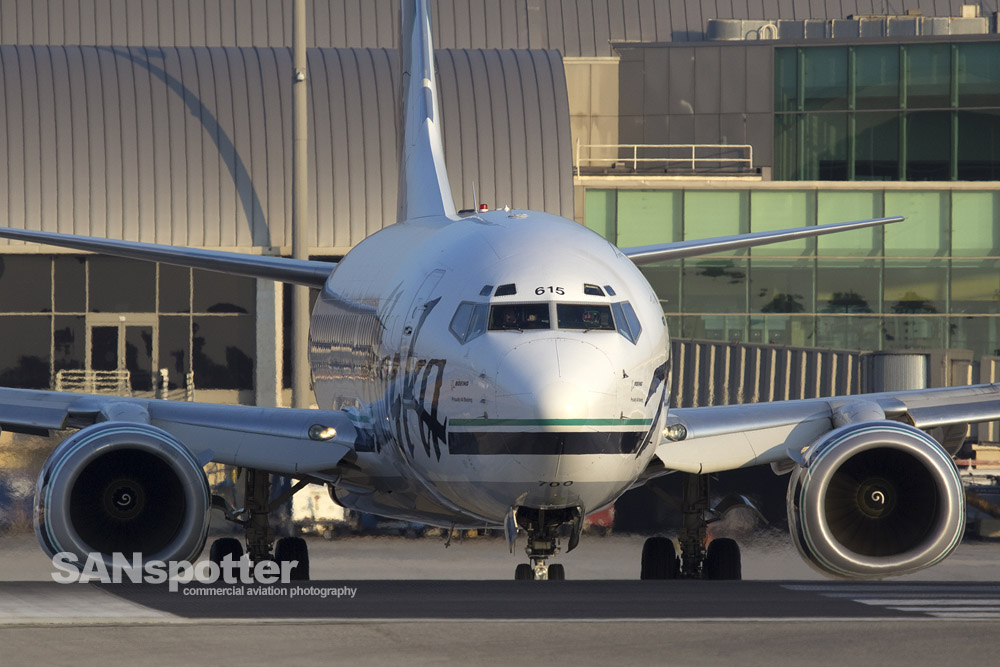